It’s a reality for most of us that modern life puts increasing pressures on our time. Where once people used to sit in a pub at lunch time enjoying a liquid lunch, they now sit at their desks munching away on whatever overpriced sandwich they can find from the nearest Pret a Manger or sandwich van. Time is, as they say, of the essence and it remains the same at home.


As such, everyone wants to be able to do things when they want. This reality stretches as far as television, with devices such as the Sky+ box and any number of Personal Video Recorders (PVRs) proving very popular. Want to go out but don’t want to miss the latest episode of 24? Set it to record on your Sky+ box, or your Freeview PVR, and you’re ready to go out and enjoy yourself. 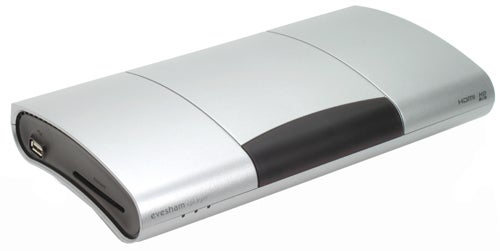 PVR capabilities are just one of the features of Evesham’s iPlayer, and on paper its one impressive machine. Sporting a Freeview Digital Tuner, 80GB internal hard-drive, Ethernet port and HDMI output, the iPlayer is both PVR and self styled high-definition media hub all in one small unit.


Moreover, the iPlayer features a plethora of connections with a USB and TopUp TV slot on the left and RF In and Out, HDMI, 3.5mm audio out, SPDIF optical audio, two SCART sockets, Ethernet and power adapter all located on the back.


The HDMI out is a particular selling point, enabling the iPlayer to up-scale standard definition broadcasts to up to 1080i and of course play High-Def video streamed over a network from your PC or a USB hard drive connected to the iPlayer.

However, inside the box, Evesham doesn’t include an HDMI cable choosing instead to pack in the iPlayer unit itself, a SCART cable, network cable, aerial cable, power cable and a remote. With HDMI supposedly such a key feature why is a cable not provided? Only Evesham can answer that.


Once you’ve unpacked everything the dullness of the design is immediately apparent. Finished in matte silver, the iPlayer is never going to win any awards for styling. This, however, is not the key problem with the unit and it is at least small and inconspicuous enough that it shouldn’t be noticed.


No, the real problem is an obvious lack of build quality. We’ve had two review units in, with the first suffering from some quality issues, and though our second unit worked fine both units exhibited the same level of slap-dash workmanship. The plastic casing seems thin and flimsy, the main board is poorly secured causing it to rattle when shaken lightly and the supplied remote features an appalling 4-way control pad that’s a nightmare to use. In short, it feels like a product that ought to cost £50 rather than £300.

Happily, things do begin to take a turn for the better once you begin to use the iPlayer. Once plugged in, the iPlayer is very easy to setup and will automatically scan for all the Freeview channels and program them in. Once this process is completed, you’re ready to get on with the taxing activity of watching TV.


Recording is quick and easy, with a smart and relatively easy to navigate 7-day EPG available to browse through and select programs to record. You can also set recordings to specific times, enabling you to set the box to record at the same time every day, or week and so on. You can’t, however, create an automatic series link for a particular TV series so you’ll have to compensate manually for any changes to the schedules. 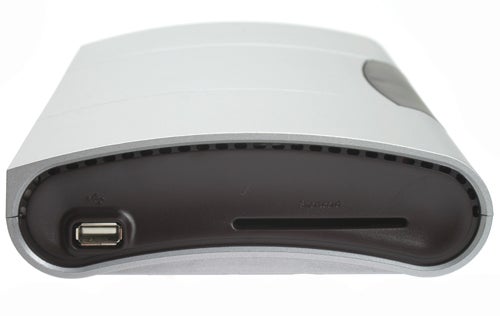 Disappointingly, the iPlayer only includes a single tuner – meaning you can only record one program at a time and you can’t watch another channel while recording. This, I feel, is a severe limitation when compared to the multitude of PVRs that the iPlayer is certainly competing with.


Furthermore, although the recording process is generally simple to use there are some annoyances. As with any PVR the iPlayer features timeshifting, recording what you’re watching so that you can rewind back, and this feature works fine. But, the iPlayer doesn’t appear to delete these timeshifting files automatically and you have to navigate through two menu screens to delete them manually. If you don’t, you’ll soon find there’s no space left for anything else.


Storage space is another area where the iPlayer may come up short. Though the 80GB drive is sufficient for standard definition broadcasts, the iPlayer is advertised as “future proof” and future HD content will take up a lot more space. Evesham claims that this is tempered by the ability to export recordings to a USB hard-drive, or a PC, over a network. Reasonable though this may sound, neither of these solutions is ideal. 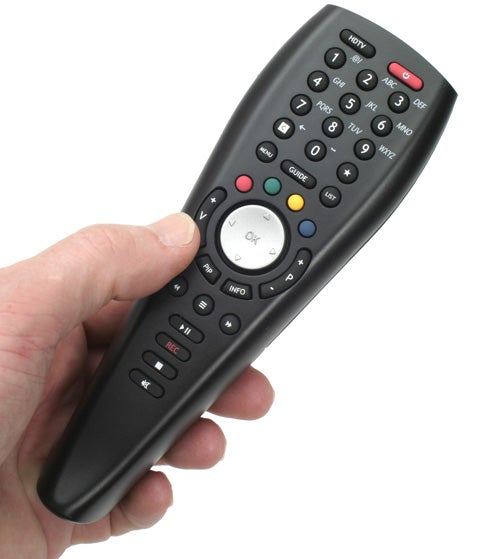 First, drives connected to the iPlayer must be formatted to FAT 32, which has a maximum file size of 4GB. This makes transporting HD content to a drive unlikely, with HD content likely to be in the region of four times larger than SD content and consequently far larger than the 4GB limit in most cases.


Similar problems arise with exporting to a PC via a network, which requires you to input the IP address and the name of the shared folder on the iPlayer. Unfortunately, despite the iPlayer recognising the PC and the shared folder, I was never able to get this to work. More importantly, this particular function is by no means user friendly and relies on the user knowing how to find information, such as an IP address, themselves.

Thankfully, streaming content from a PC to the iPlayer is far easier and can be setup without too many issues. Using Microsoft Media Connect, which is now built into Windows Media Player 11, the iPlayer can play a variety of music and video and also image files streamed directly from a PC. Happily, the iPlayer also plays most of the most popular video formats including DivX, Xvid, MPEG1, MPEG2, MPEG4 and Windows Media Video 9 in standard and high definition.


Another feature of the iPlayer is the use of the tvMax service to provide podcasts, online email and Internet browsing. The podcasts in particular are a nice addition, and it was easy to search and find the Diggnation podcast using tvMax. Email and Internet browsing were, however, rather less appealing with the email being a paid extra and web pages proving slow to load and impractical to navigate. 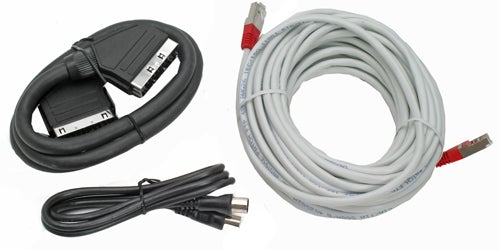 What this forces home, more than anything else, is that although the iPlayer does lots of things it specialises in none of them. This wouldn’t be quite so bad were it easier to use – a genuine plug and play product as it were – but it’s not, and only very patient enthusiasts are likely to get full value out of the machine.


Moreover, with the PVR and media hub market proving very competitive, the iPlayer appears rather expensive despite the fact that it has a lot of features in one box. Promises of “future proof” technology are barely proven, and though support for ipTV does add another reason to consider the iPlayer, there’s no way of proving how well the iPlayer will handle such content.


Taken at face value the iPlayer has some excellent features, but the combination of shoddy build quality, an unfriendly interface and the lack of a second tuner detract considerably from its appeal. With these concerns weighted against the many alternatives and future developments in this arena, one can’t help thinking that the do everything but specialise in nothing approach of the iPlayer is destined for comfortable mediocrity.