A little chunkier than much of the handheld competition, the Eufy HomeVac H30 offers a bit more power. The main choice you have is working out which model is best for you. I think that the Mate is the best version of this cleaner, with its mini motorised tool providing enough power for even tough jobs. The more expensive Infinity model has a rather basic wand and mop attachment, which I don’t think are worth the extra.

There’s been something of a resurgence in handheld vacuum cleaners, which are great at providing grab-and-go cleaning power. With the Eufy HomeVac H30, you get a choice of three models, all with slightly different attachments to suit different needs.

Good cleaning power and a neat charging dock on all models make this a winner for smaller jobs, but it’s the mid-range model that offers the best value.

You can buy the Eufy HomeVac H30 in three different models. All share the same central vacuum cleaner and charging dock, but it’s the accessories available with each that make the real difference.

At the base level is the Eufy HomeVac H30 Venture (£149.99), which ships with the 2-in-1 crevice tool and a passive upholstery brush. Move up to the H30 Mate (£169.99) and the passive brush is replaced with a mini motorised tool. At the top is the H30 Infinity (£189.99), on review here, which comes with all of the tools included with the Mate, plus a hard floor head, extension wand and mopping kit. It’s the Mate version that will make the most sense, as my review will explain.

The base of all systems is the main handheld vacuum itself. Chunky and long, it’s a touch bigger than the handheld competition at 425 x 90 x 73mm. That said, it isn’t heavy, and the HomeVac H30 weighs just 808g, so it’s an easy vacuum cleaner to move around.

The charging stand is the same for all three models. You put the vacuum cleaner in with the nozzle pointing upwards, which feels like it’s upside down. With the Shark WV200UK, you place it nozzle-down in the dock, which makes it easy to grab the handle and start cleaning. There’s room for two accessories in the dock, which sit either side of the main vacuum cleaner.

You can wall-mount the dock if you prefer, and the Infinity model includes a hook underneath that can hold the wand. It’s a little fiddly to get the wand on and off, but I appreciate the option, since it makes storing this cleaner a little neater.

When you pull the vacuum cleaner out, there’s a single button on the front to turn it on and off, and a slider to move between Eco and Max modes. Between the two controls are three LEDs that light up to indicate the level of power remaining.

You can pull the battery out of the back, so it’s possible to buy a second battery for on-the-go swapping. Just be aware that you can only charge one battery at a time with this vacuum cleaner.

The Infinity model also comes with a two-part wand in the box, which provides more reach – handy for cleaning around the top of the ceiling. You can also use it with the provided hard floor head to vacuum floors without having to bend down. Sadly, this wand can’t carry power from the main vacuum cleaner, so the mini motorised tool can’t be used with the wand.

Eufy has also included its mopping module, which is a posh name for what’s really just a bit of plastic that clips onto the hard floor head; I thought that this was part of the packaging and almost threw it away.

Velcro strips on the underside of the mopping module hold the disposable wipes you can use to clean a hard floor while you’re vacuuming. It’s a touch wasteful, with the reusable microfibre cloth and refillable tank in the Roidmi X20 feeling more eco-friendly.

Dirt is sucked up into a 250ml dustbin. That’s pretty small, but given that this is a vacuum cleaner aimed at dealing with smaller jobs, it will do just fine. Once full, the bin lifts out, and you can pull out the filters at the rear to make it easier to empty. Of course, those filters will need regular washing.

I put the Eufy HomeVac H30 through my standard set of tests, starting off by measuring the raw performance of the cleaner in airwatts. I measured 39.74AW on Eco and 84AW on Max. That latter score is super-impressive, putting this vacuum cleaner above the Shark WV200UK and Hoover H-Handy 700.

While raw power is an indication of performance, it’s through my real-world tests that I can determine how good or bad a vacuum cleaner really is. I started out with the carpet test, sprinkling a teaspoon of flour onto carpet. I used the wand and floor head to give the Eufy HomeVac H30 a single pass through the mess on Eco power.

It didn’t perform too badly, although you can see large areas where the flour had become caught in the fibres of the carpet.

Next, I cleaned the top and bottom strips of flour remaining. For the top, I used the Eufy HomeVac H30 in Max power mode; for the bottom, Eco but with the mini motorised tool. I’d say that performance with the motorised tool was the best.

Likewise, with my pet hair test, the wand and floor head didn’t remove anything. Swapping them out for the motorised tool resulted in the vacuum removing all the pet hair without issue.

The toughest test is the edge test, where I sprinkle a teaspoon of flour right up to the skirting board on carpet tiles. Using the floor head and wand on Max, there was still quite a bit of mess left behind.

Switching to the mini motorised tool improved matters, with the vacuum able to suck up most of the mess up, even if I did have to resort to using the crevice tool to get the final bits around the edge.

Given that there’s a hard floor kit on the Infinity model, I used this for my hard floor test. Here, I sprinkled a teaspoon of rice on the floor and went through the mess in a single sweep through the middle to try to pick up everything. Results weren’t great: there’s a clean sweep, as you can see, but only because the floor head pushed rice grains way from the suction path. It was easier to use the crevice tool to clean up.

I finished up by testing the Eufy HandVac’s mopping capability, walking on my hard floor with muddy shoes. Using a wipe did eventually pick up all of the mess, but the vacuum cleaner and mopping attachment aren’t particularly easy to push around.

Battery life is rated at a maximum of 20 minutes, but that’s on low power. Use Max mode, and you’ll get just 10 minutes with regular tools, falling to around nine minutes with the motorised tool. It isn’t a lot, but if you focus on a single job, such as cleaning up after cooking or freshening up a sofa, the battery life is good enough. It does take between 3.5 and 4 hours to recharge, so there’s quite a wait to use the H30 again after the battery has been drained.

For noise I measured the vacuum cleaner at 78.2dB on Max, dropping to 76.4dB on Eco. That’s quite loud compared to a regular cordless cleaner, but quieter than most of the handheld competition.

If you want a small vacuum cleaner that can deal with some tougher messes, then the Mate edition of this cleaner is a great choice thanks to its motorised brush.

If you want a cordless that works well on larger areas of floors, then this cleaner isn’t the best in any of its three versions.

Having a smaller, lighter vacuum cleaner is great for smaller jobs. If you want the lightest cleaner going for very small jobs, the Hoover H-Handy 700 is a great choice. If want a handheld cleaner with a proper floor head, then the Shark WandVac System WV361UK is better.

Somewhere in the middle sits the Eufy HomeVac H30: I think the Mate is the best option, giving you that powerful motorised brush, which is great on carpets and furniture. I’d avoid the Infinity, since the floor head isn’t that useful, nor is its mopping function, while the Venture is a little basic. If you want something else entirely, check out my guide to the best cordless vacuum cleaners.

Used as our main vacuum cleaner for the review period 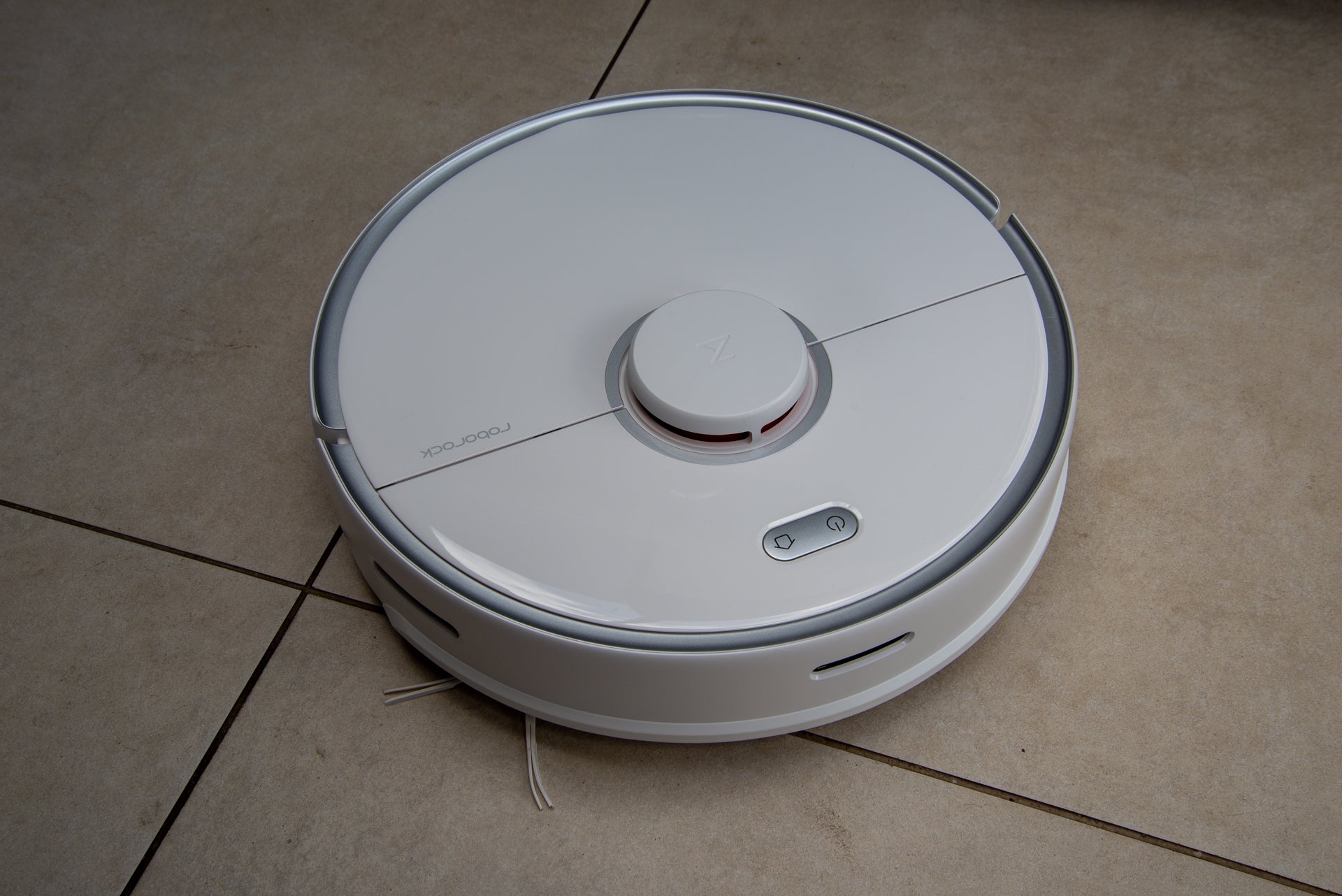 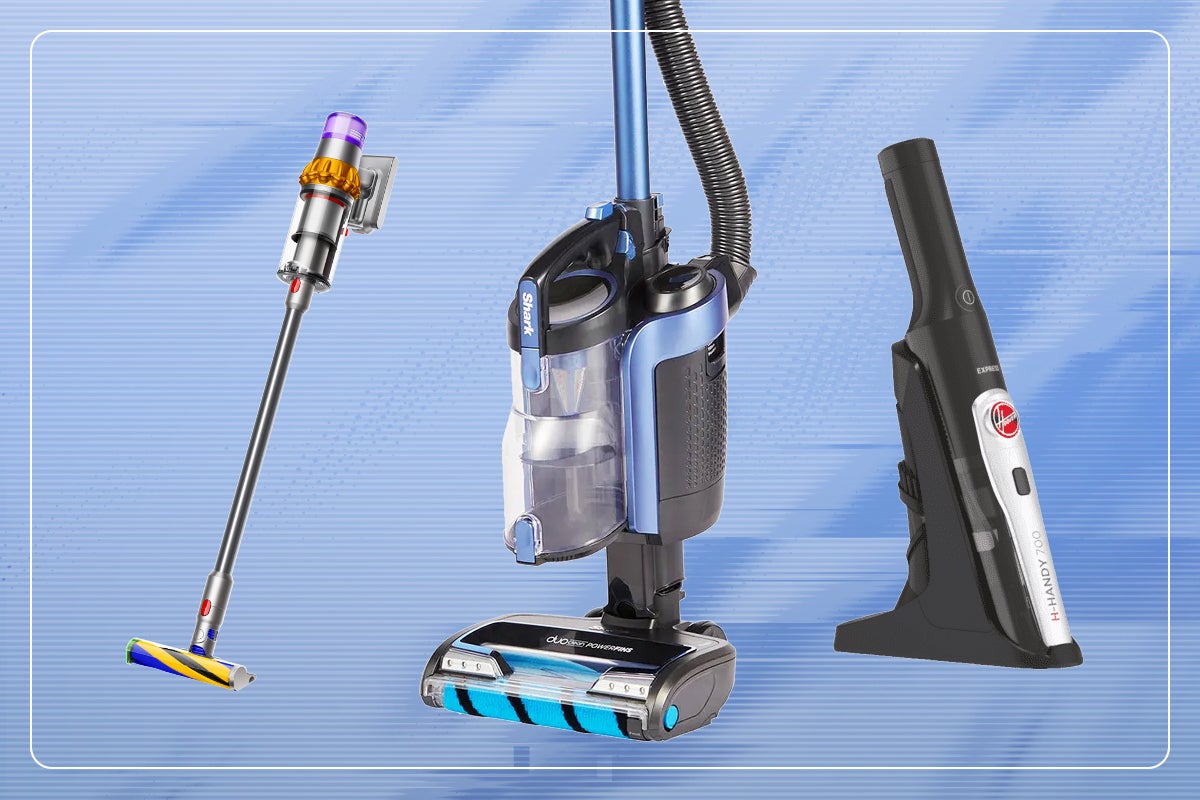 It’s down to the accessories included with each. The Venture has two passive tools, the Mate adds the excellent motorised mini tool, and the Infinity adds the mopping system and wand.

What’s the battery life of the HomeVac H30?