The idea of wireless earphones is pretty compelling. Much as I absolutely love my Shure E500PTHs, having a mass of heavy cabling draped down the length of my torso and into my pocket where my MP3 player resides is far from ideal. That said, cables are something that I’m willing to put up with because sound quality is far more important to me than convenience, and for the most part wireless earphones or headphones tend to be manufactured by technology companies, rather than audio specialists. I therefore sat up and took notice when Etymotic Research announced a set of Bluetooth earphones. 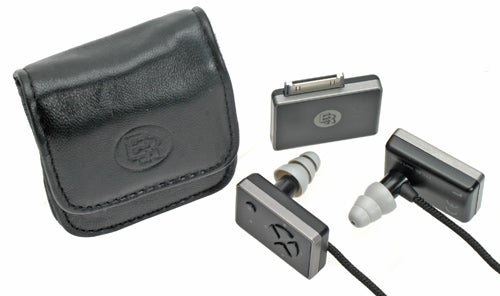 Etymotic Research produces high-end earphones that compete with the likes of Shure and Ultimate Ears – I reviewed the ER.4 microPros about a year ago and was very impressed, so I was keen to see whether Etymotic Research could manage to marry great sound quality with a wireless design.


The Etymotic Research ety8 earphones certainly look special. Nestling in their box, these earphones have an air of quality about them – something that you’d want to see having just shelled out close to £200. Before I go any further though, let me make it clear that these earphones are not for anyone that’s too image conscious, because when you wear them you do look, well, faintly ridiculous.


Each earphone is made up of a rectangular module that measures 35 x 22mm, which make for a pretty conspicuous ear adornment. This is compounded by the fact that each earphone measures 33mm from the end of the ear-tip to the back of the rectangular module. So, not only is each module large, it also protrudes from your ear – subtle these earphones are not!


Obviously the reason for the bulk is that Etymotic has had to squeeze in all the Bluetooth electronics as well as a battery for each earphone. This in itself causes another problem – weight. Despite there being no cables dragging at your ears, the sheer weight of each earphone is enough to pull uncomfortably under normal use – I can confirm that running using the ety8s is definitely off the menu. 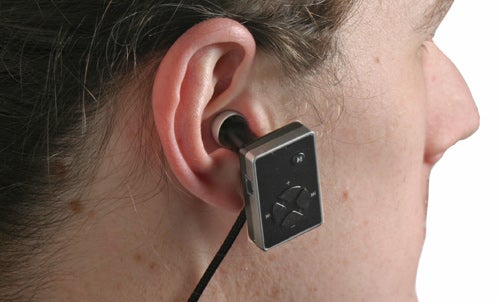 I can’t help thinking that Etymotic could have come up with a design where all the weight and bulk weren’t built into the earphones themselves. Perhaps a neck strap design like the one Philips employed for its SHN7500 earphones is the answer – you could have the electronics and battery hanging from a strap around your neck and the earphones routed round the back of your neck and to your ears. The result would be earphones that weighed no more than Etymotic’s non-Bluetooth models, while the weight of the control module will be hardly noticeable hanging from your neck.


Even in the current configuration, the earphones are connected by a chord to stop them dropping on the floor if they come loose from your ear, and of course to facilitate charging since there is only a charging plug on one earphone. With that in mind a neck strap wouldn’t make things much more complicated.

That’s the bad news. The good news is that these earphones sound superb. To be perfectly honest I wasn’t expecting that much from the ety8s, but I’m happy to say that I was very pleasantly surprised. Of course it helps that the Bluetooth 2.0 EDR standard is far more accomplished than the old 1.1 standard, and also offers significantly better bandwidth. 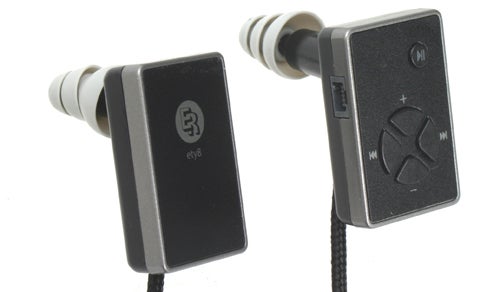 There’s a surprisingly wide soundstage on offer, with no discernable compression. OK, so we’re not talking as wide as the superb Shure ET500s, or even the clarity of Etymotic Reseasch’s own ER.4 microPro earphones, but what you’re getting is pretty damn good. Unlike previous wireless headphone solutions I’ve used, you’re not having to compromise on decent sound quality for the sake of convenience.


The ety8s definitely have a bias towards bass and heavy beats, but not at the complete detriment of clarity. The superbly crafted Brown Sugar by D’Angelo, with its R&B/Jazz hybrid style is very well rendered by these earphones. The strong bass line is still smooth enough not to overpower, making sure that the electric piano isn’t lost despite being further back in the mix, and all the while the snare drum thumps the beat through your head.


Turning to something less bass heavy, I fired up Whistle For The Choir by The Fratellis. The ety8s didn’t falter here with the acoustic guitar intro crystal clear in the right channel, with the movement of fingers along fret board easily discernible. The vocals are equality clear and when the full accompaniment joins in, the effect is full and loud. 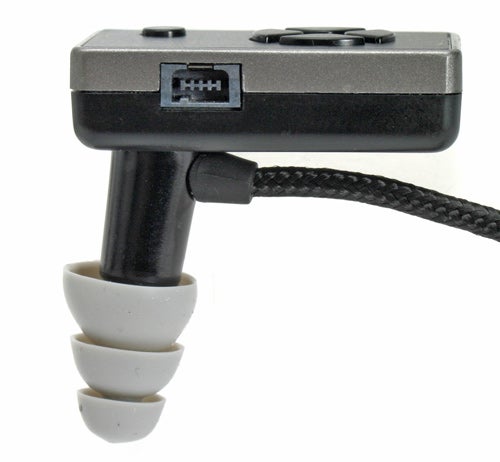 Dialling things back even further I moved on to Love & Affection by Joan Armatrading, a personal favourite of mine. It still amazes me how many female vocalist seem to have taken cues from Joan, and also how her music hasn’t seemed to have dated over the many years since it was recorded. Once again the acoustic guitars are beautifully handled, while the truly angelic vocals just flow over the top like silk. I was genuinely surprised at how good this track sounded on the ety8s – with its complex arrangement and harmonies, many earphones fail to capture all the subtleties.


But there’s even more to these wireless wonders. Bundled in the box is an iPod adapter, which will work with nanos, minis, 5th and 4th generation iPods. Simply plug the adapter into the iPod and the earphones will instantly link up, and all music will be beamed directly to your head without wires. But being a Bluetooth device, these earphones aren’t limited to use with an iPod, and you should be able to stream from any Bluetooth enabled device.

If you’re a regular reader of TrustedReviews you’re probably well aware of my annoyance at the lack of 3.5mm headphone jacks on modern mobile phones, especially when they purport to being audio devices as well as phones. The ety8s however, address this problem and circumvent it. Holding the power button on the right earphone for ten seconds, puts it into pairing mode, then you simply search for Bluetooth devices on your phone. I connected up to an HTC Touch and happily played back music that was stored on its micro-SD card.


Another feature in Etymotic’s cap is that you can control the source device with the earphones. On the right earphone you’ll find controls for Play/Pause, Volume up and down, and track skip forward and back. This means that your iPod or phone can remain in your pocket or bag, while you can still have total control over your music via the controls on the earphones. Strangely, on 4th generation iPods and iPod minis, you can only control volume via the earphones, while on nanos and 5th generation iPods you can also use the device itself. I had no problem controlling track selection and volume from both the earphones and the device with a mobile phone.


Etymotic Research quotes battery life of six to nine hours when using an iPod and seven to ten hours using any other Bluetooth source device. The deviation in battery times is dependant on which generation of iPod you’re using, or which Bluetooth device. I wouldn’t argue with these numbers, since I’ve listened to the ety8s pretty much all day while working without the battery running flat. 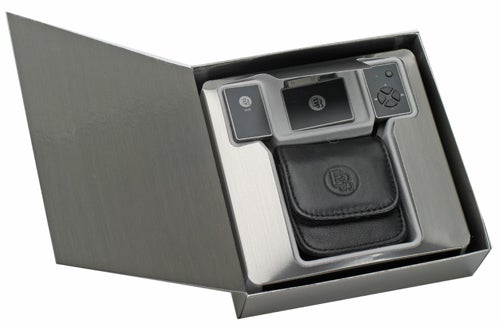 The Etymotic Research ety8s aren’t exactly cheap, but then I don’t think they’re particularly expensive either. With a retail price of £193, the ety8s will set you back roughly the same as a good set of Shure, Ultimate Ears or even Etymotic Research’s own traditional in-ear solutions. You’re not getting quite the same level of clarity as you would with, say, a pair of Etymotic ER.4 microPros or the beautifully balanced sound of the dual-driver Shure SE420s, but what you are getting is a complete lack of wires. The question is, how important is that to you?


Etymotic Research has produced the only set of wireless earphones that I would be willing to use. The sound quality is better than I ever imagined it would be, even with a name like Etymotic on the box, and the remote control of the player/phone is also very cool. Even the price is pretty reasonable, considering what you’re getting for that money.


The only downside with the ety8s is the design. The earphones feel quite heavy in your ears, and they do make you look extremely silly when you’re wearing them. If Etymotic could adapt the design, perhaps incorporating a neck strap, it would have, arguably, the perfect wireless audio solution.