Just £100 will buy you a home or small-business, inkjet all-in-one from any of the main manufacturers, so a machine is going to need something extra in its feature-set to gain supporters. This is all the more true of the Epson Stylus SX415 given its similarities with the Stylus DX8400, which is still on sale for around £75 online. What can the SX415 possibly offer to make the extra outlay worthwhile? 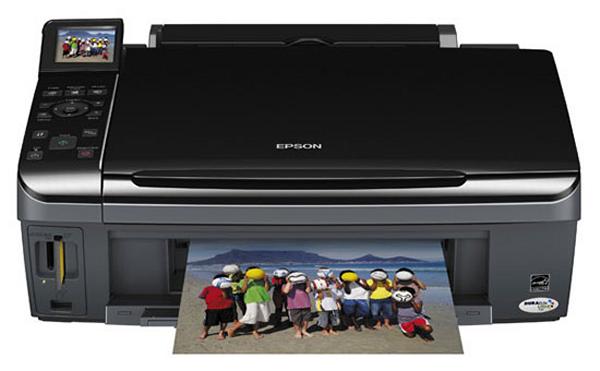 It starts with a clean, new, all-black look to the case, with a glossy black scanner lid covered in a texture of dots. Lift the lid and you have an A4, Contact Image Sensor (CIS) scanner with an optical resolution of 1,200 x 2,400ppi, higher than some of its competitors.


To the left of the scanner cover is the control panel, configured with controls in a column from front to back. The layout of the buttons will be familiar to people who have used other all-in-ones from Epson and is logical and easy to work.


Behind the controls is a sharp, bright 63mm colour LCD, used to display menus and photo thumbnails. The Stylus SX415 has slots for all the common memory cards, including CompactFlash, positioned just under the control panel, at the front. There’s a PictBridge socket, too, but this doesn’t recognise USB drives, only cameras. 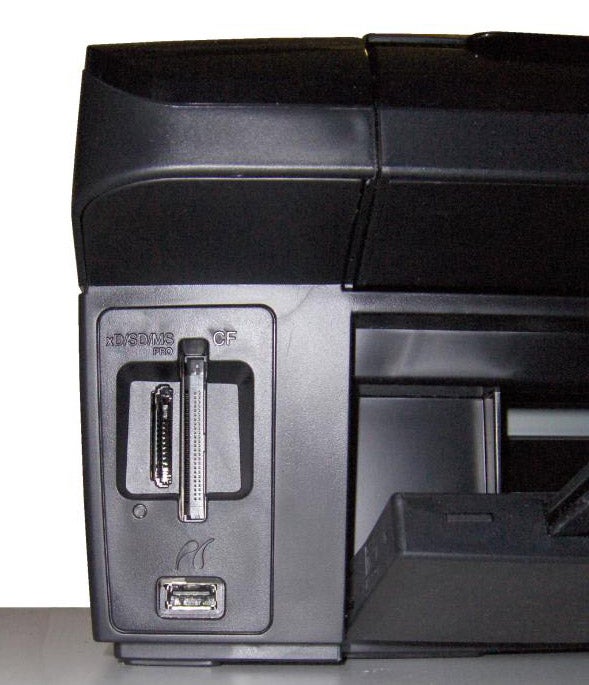 The paper path is conventional, with Epson’s traditional telescopic paper support pulling up from the rear and feeding paper through to another multi-tier tray, which folds down and pulls out from the front. A USB cable, the only connection available on this printer, plugs in at the back of the left-hand side


Once you’ve hinged the scanner section of the machine up onto its support, the four individual ink cartridges plug directly into the head carrier. It’s perhaps the easiest of any of the budget inkjet mechanisms to maintain but, in this configuration, also one that’ll need the most frequent attention, as the print capacity of its cartridges is comparatively low.

Epson persists in quoting print speeds of over 30ppm for this type of inkjet all-in-one. In reality, printing in normal mode and allowing for processing time, you’ll be lucky to see much more than a tenth of this. Our five-page black text print took 1:19, which is equivalent to a speed of 3.80ppm and even the 20-page test, which normally generates a faster speed because processing is a smaller proportion of the total print time, only raised it to 3.96ppm.


The five-page text and colour graphics document produced a speed of 3.13ppm, which holds up well in comparison with the straight black prints. A single-page colour A4 copy took 37 seconds and the 15 x 10cm photo prints took between 1:35, from an SD card in Normal Photo mode, and 2:37 from a PC in Best Photo mode. The normal print mode results are reasonable in comparison with most of the machine’s competitors.


The quality of the prints is very similar to results we’ve seen from other Epson machines. Black text prints are black enough, but look a little ‘soft’. Under a loupe you can see that this is due to the ragged edges of the characters, which show a lot of irregularity on verticals and diagonals. It isn’t feathering of ink into the paper, but slight misalignments between lines of print. 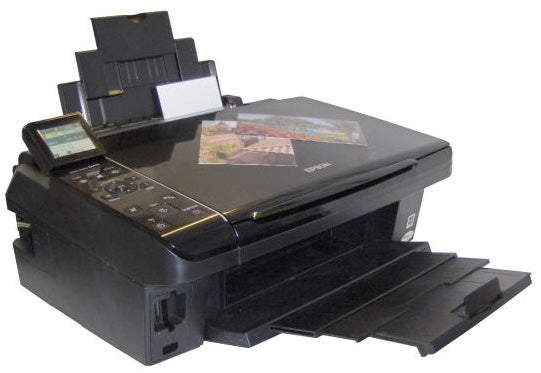 Colours on plain paper are bright and generally smooth and registration of black text over colour is spot-on. A colour copy from the flatbed shows little degradation from the original, though large areas of colour do come through lighter.


Photo prints are clean, with smooth gradations of colour and plenty of foreground detail, though some detail is lost in the shadows. Colours are natural and well-balanced, without any noticeable cast.


There’s only one set of cartridges designated for this machine and it won’t take the higher capacity versions that work with, for example, the Stylus SX515W – reviewed a few months back. The only slight reduction in running costs you can make is buying the black cartridge twin pack, which is cheaper than two, single cartridges. Black cartridges should give 245 pages each, while the colour ones vary between 270 and 405 pages.


Using the cheapest source we could find for genuine Epson consumables gives a cost per ISO black page of 3.31p, with an equivalent colour page cost of 11.60p. Both these costs include 0.7p for paper.


They’re not particularly good, with the colour cost being 2p-3p more than some of its equivalently priced or even substantially cheaper rivals. The black print cost is closer to the norm and beats some competitors, though not by a lot.


This would be a reasonable all-in-one, if it weren’t for the Stylus DX8400. Aside from the flash, textured-black case and slightly improved paper trays, the SX415 is identical to the older and cheaper model, which uses the same consumables and is about as fast as well. A new printer should offer significant improvements over the model it replaces, particularly if it’s more expensive. We can’t see them here.