Straight photo printers, rather than All-in-One machines with scanners and memory card slots still have their market, though a reducing one. Epson has refreshed its range recently and the Stylus Photo R285 is the replacement for the R265. It’s a six-colour printer, intended primarily to print photos. It has a fast, black text print, though not as fast as Epson would have you believe.


Styled in a simple, functional way, more Dell than Apple, the Stylus Photo R285 is coloured black and silver, with a set of three control buttons and indicators at the extreme left of its front panel. The icons on two of the buttons are not overprinted in white, so are difficult to read.


The design of the paper path is conventional, with a fold-up paper support at the rear and a pull-out, telescopic output tray at the front. The separate CD/DVD holder slots into this output tray, once you’ve removed the tray from its default position and slotted it into a secondary position, so it projects horizontally from the front of the machine.


At the back are sockets for a mains cable – the power supply is internal – and a USB socket. USB 2.0 is the only data connection provided. 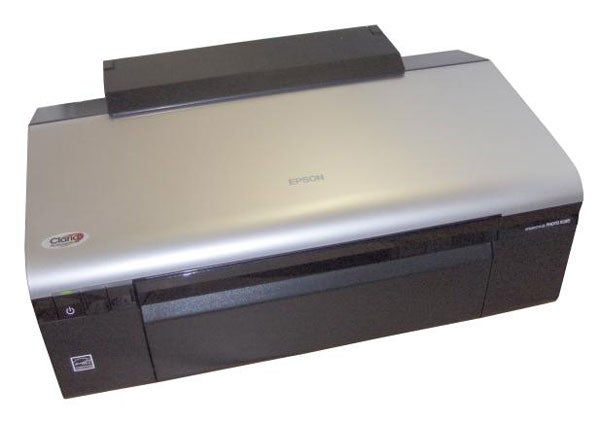 The supplied software installs very smoothly and includes basic photo editing and management applications that we’ve seen before from Epson. Fitting the six ink cartridges into the printer’s head is also not taxing, as they simply slot down and clip into place.


We know we keep banging on about printer specs and how little resemblance they bear to what typical customers will see, but claims for this machine have reached a new height of hype. Epson claims a print speed of 37ppm for black and 38ppm for colour for the Stylus Photo R285. That’s about as fast as the Xerox Phaser 6360V/N we reviewed a couple of months ago. The 6360 is a workgroup colour laser printer, with an RRP of over £1,000. So is this £70 inkjet really going to tussle with it on print speed?


No, most of the time it’s going to produce about 4.4ppm, which is what it did in our black text print – the text and graphics print gave an even slower 3.4ppm. If you print in draft mode, which you might choose, for example, to print text from Wikipedia for your own reference, you can achieve 37ppm, but only by printing pages of around half a dozen lines. To quote a speed on the box and the printer, which most customers will rarely see is misleading.

As is the noise level figure. Epson quotes 36dBA for the printer, while printing. This is about the level of talking quietly with somebody one metre from you. The Stylus Photo R285 is quiet when printing a page, though we measured it at around 45dBA, but when feeding paper it peaks at 64dBA, nearly twice the level quoted. Paper feeding is an integral part of all print jobs, so to ignore this component gives an incomplete picture of the noise this printer produces. If you print in draft mode, to get the rated print speed, the sound level is over 60dBA most of the time.


Print quality is OK, though nothing special. Although text is a little jagged under close inspection, colour graphics from the dye-based Claria inks are bright and clear on plain paper. Colours in draft and normal mode photos on 15 x 10cm blanks were natural with a good level of detail, though in best quality on A4 sheets of ostensively the same paper, they looked over-saturated and slightly garish. 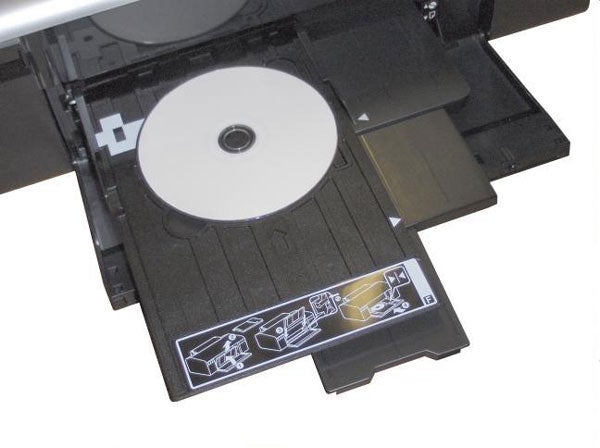 Epson claims 12 seconds for a 15 x 10cm photo print and we managed 16s in draft mode. Although you can tell the difference between a draft print and a best quality one, draft prints are very serviceable. The draft mode print feels a bit tacky when it comes out of the printer, though, so needs a drying off period. Prints are claimed to last for up to 98 years under glass, which is considerably longer than typical silver halide photographs.


The printer uses six cartridges and when printing the ISO page yield test suite uses them all at different rates. Epson’s yield figures vary between 330 for black and 935 for cyan, but when combined give a cost per page figures of 2.12p for black text and 9.57p for colour, including 0.7p for paper. The black page cost is good for an inkjet in this category, though the colour cost is slightly higher than normal.


This is a reasonable ink-jet photo printer, but it doesn’t stand out from the crowd. Similar models from Canon and HP provide higher quality prints on plain paper and can match the Stylus Photo R285 on speed, despite their lower paper specifications. The Epson machine is quite cheap to run, but can be noisy, particularly if you print in draft mode.