The medium format pro and semi-pro photo print markets are surprisingly well catered for, with machines from Canon and HP. The leaders in the field are Epson, though, and the Stylus Photo R1900, a replacement for the very popular Stylus Photo R1800, needs to be a class act.


Very few medium and wide carriage printers are what you’d call beautiful, but Epson has tried to keep things simple with a few well-chosen curves in the R1900’s elongated body. In an attempt to keep the overall footprint of the machine down, both the feed and output trays are heavily telescoped in three sections. If you only occasionally print on papers up to A3+, the maximum the printer supports, you can reduce the telescoping and with it the size of the printer. 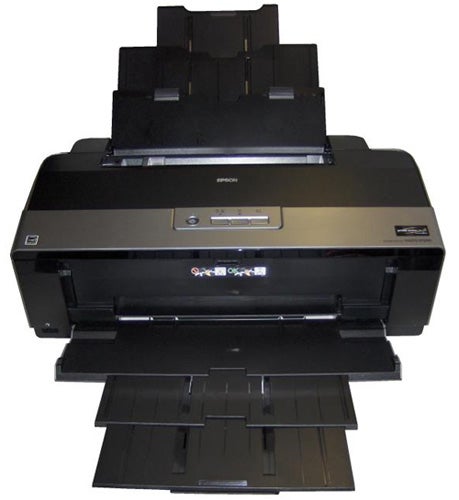 As well as a standard feed tray at the rear, which can take up to 120-sheets of plain paper and rather less glossy photo paper, there’s a separate tray at a smaller angle for single-sheet feed of long grain artistic papers. You can also fit the supplied roll paper holders, if print throughput is high.


Controls are notoriously simple, almost as if Epson believes photographers get easily confused. It consists of four buttons, for paper feed, cartridge replacement and roll paper cut off, and three LED indicators. 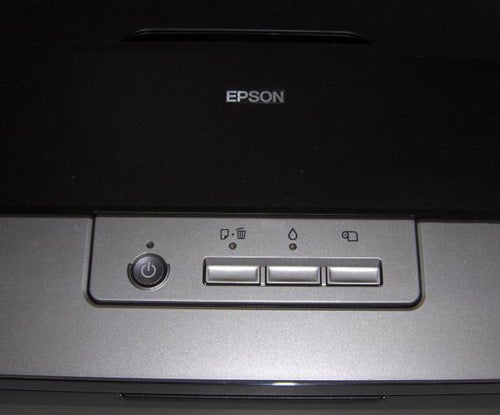 There are no memory card slots on the machine, which we have always thought was a shortcoming. While most photographers will probably choose to connect the camera via PictBridge, for which there is a socket, having the option of plugging in a CompactFlash or SD card would surely be a benefit.


This machine has a strange set of inks, though they turn out to be a sensible mix when you consider what the printer will be used for. As well as the obvious CMYK set for basic colour print, Epson has augmented it with both red and orange inks, particularly useful to improve flesh tones in portraiture.


It has then added a clear gloss coat, giving printed photos both extra protection and ensuring a bright, shiny finish. Finally, it adds in a matte black ink for printing your invoices on plain paper. Altogether, a tailored set of inks, aimed specifically at the market that Epson has highlighted for the Stylus Photo R1900. 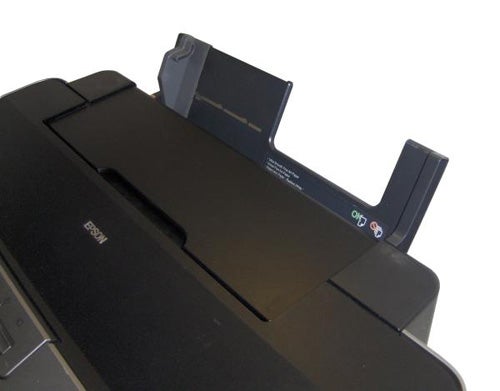 All the ink cartridges plug directly into the piezo-electric print head and the support software includes an ink monitor, as well as the driver itself, available for both Windows and OS X. With so many inks to keep in stock, this utility is particularly useful.


When you start printing photos, though, the machine comes into its own. A 15 x 10cm photo on A4 paper took 46 seconds in best quality, which is commendably quick. Surprisingly, in normal print mode, on a 15 x 10cm blank and from the PictBridge socket, it took longer (1min, 7secs), but this is still fast for photo print.


Increasing the print size to A4, nearly four times the print area of a 15 x 10cm photo, still only took one minute, 59 seconds and printing on an A3 sheet is also quick, at two minutes, 26 seconds. To produce a print of this size in less than two and a half minutes is very impressive. 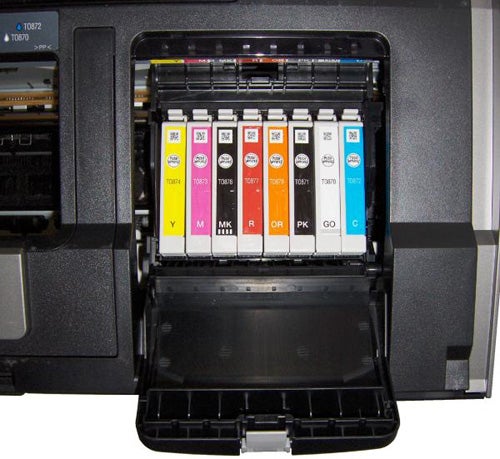 All this speed wouldn’t be a lot of use, though, if the print quality wasn’t up to much. Thankfully, it is. Black text on plain paper may be a little grey, odd given the black quality of Epson’s every-day printers, but colour on plain paper is fine, with smooth fills and bright colours.


What you want to read about is photo output, though, and here things are very clean and clear. As expected, the extra red and orange inks improve skin colours, giving them very natural tones and coping well with different light levels, particularly from shots taken outdoors.


Landscapes also do well, with elements like earth, rocks and autumn leaves benefiting from the extra inks. We were surprised that, by default, we still lost some darker tones to black, a problem normally seen on cheaper printers, but this can be tweaked through software.


With two black inks and the gloss coating, you might expect running costs to be high, but we calculate an ISO black print cost of 2.4p and an equivalent ISO colour cost of 7.14p. These are both very competitive, though with print coverage of roughly 5% and 20% in the ISO tests, you can expect to be paying considerably more for each photo. Even so, the Stylus Photo R1900 compares well with its competition.


This is a printer geared very much to its target market and the addition of inks that will improve portrait colours is a clever move. Its versatile paper handling is another distinct plus and print speeds should ensure good production levels in busy studios. It won’t have the black-and-white quality of the Stylus Photo R2880, but you do get most of the other features for around £100 less.