Several printer manufacturers have decided that touch control panels are economic to make and easy-to-use. Epson was one of the first to adopt them and now even the fairly modestly priced Stylus Photo PX660 sports one on its sheer, angled face panel.


The touch panel symbols are not easy to miss, with a huge Home icon and large Help question mark to the left of its 63mm LCD screen and four navigation arrows, and Start and Stop symbols and associated extra functions to the right. There are remarkably few controls overall, but the machine still offers a good range of the main all-in-one functions, to print, copy, scan and handle photos. Additionally, the machine can print directly to coated CDs and DVDs. 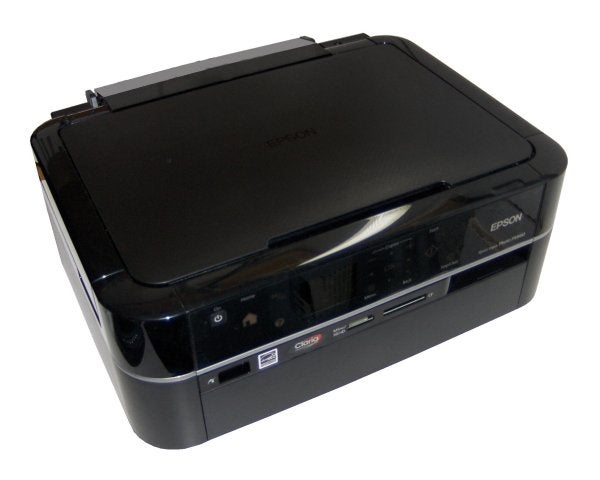 There’s a single paper path, feeding sheets from an angled tray at the rear through to a telescopic one which pulls out from the front, once the front cover has been folded down. Printing on discs involves lowering the front tray to the horizontal using an internal lever and sliding in the CD carrier from the front.


The Contact Image Centre (CIS) scanner has a thin, slightly flimsy cover on extending hinges, so you can scan from books as well as single sheets, but it’s hard to keep the cover open, as it doesn’t hinge beyond the vertical and wants to fall shut, if not held in place while loading an original.


Underneath the control panel, which ratchets out to any of seven angles, are two slots for memory cards, which between them can handle SD, MemoryStick, xD and CompactFlash. There is also a PictBridge socket, which doubles as a front panel socket for USB drives. 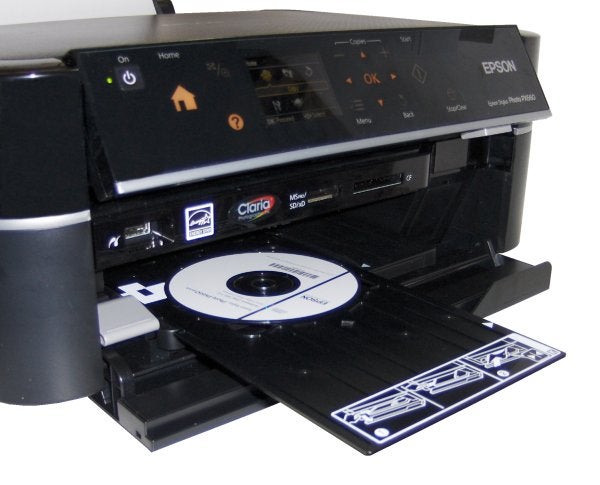 Software installation is very quick and easy; there are drivers for Windows and OS X on the CD and a direct link to Epson’s Linux support page when you choose Linux from the setup menu. A copy of ABBYY FineReader provides OCR support, on top of a selection of Epson utilities, covering most other aspects of the machine.


This is a six colour printer, with light cyan and light magenta inks added to the standard CMYK. Each of the cartridges clip into the head carrier, which is a permanent fixture and should last the life of the printer.


We’re sufficiently irritated by Epson’s continual hype of its print speeds, we also tried this test. We created a special document, containing just one line of text (pretty atypical). We printed five of these, in draft mode and excluded the processing time.


It took six seconds, from the start of the first sheet moving to the final one dropping on the output tray. That’s 50ppm; quite a bit more than the 38ppm claimed. If, however, you include the time before the print starts, while the printer checks things like ink levels, it took 24 seconds, a speed of 12.5ppm, less than half the claim.

Since you have to wait for both printing and processing before you can use the document, we can’t see any reason for excluding the processing time in print speed specs. The practice is common to several printer manufacturers, but Epson’s and Brother’s claims are the furthest from reality.


The quality of the prints is largely what you’d expect from Epson. Black text in normal mode is reasonably well reproduced, though it can be a little fuzzy in emboldened headlines and cross heads. Draft mode text is very different, looking jaggy and faint. It also comes through in dark brown rather than black, which doesn’t make it particularly good to look at.


Colour graphics are generally good, though we noticed some banding in filled areas of business graphs. The colour copy lost quite a bit of the original’s colour depth, though it’s still usable. Photo prints are very good, with smooth, natural colours and good levels of detail. 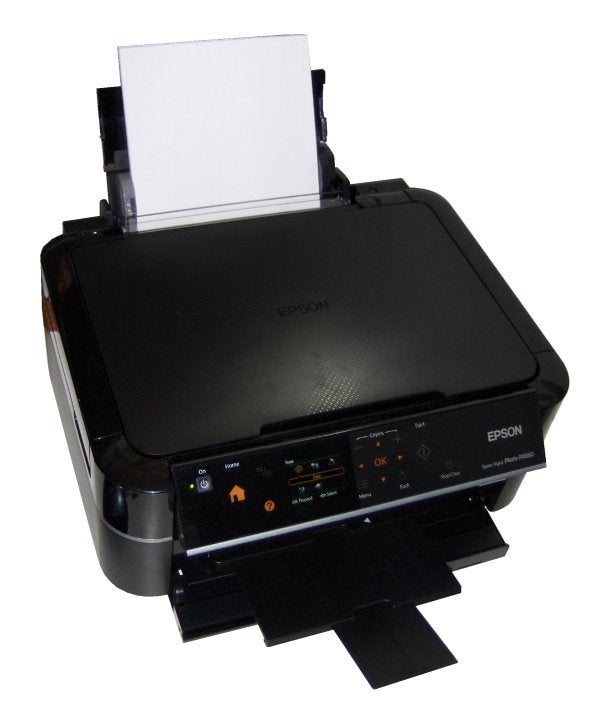 Being a six-colour printer, running costs are set to be a little higher than with four-colour machines. At the best prices we could find, an ISO black page costs 3.1p and an equivalent colour one costs 10.3p. The black cost is about average for this class of machine, though the colour cost is a penny or so higher than some competitors.


This is a good, middleweight all-in-one, aimed at the photo enthusiast, rather than the small business customer. It’s easy to use and offers interesting extras, such as direct CD/DVD print and touch panel controls. Print quality is on a par with other Epson machines and the print speed is reasonable, though a long, long way off the manufacturer’s claims.