Although photo print quality from four-colour inkjet printers continues to improve, photo enthusiasts demand the higher quality light shades which only light cyan and light magenta inks can furnish. Epson’s latest take on an A4, six-colour printer is the Stylus Photo P50, and it has added CD/DVD print to the mix. 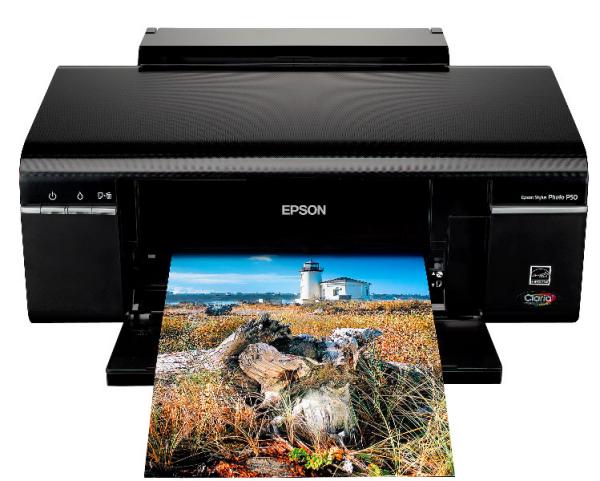 Blending in with the rest of Epson’s new inkjet range, the top of the Stylus Photo P50 is gloss black with a texture of minute dots. The tray at the rear folds up and extends to provide paper support, while the front panel hides a separate output tray with two-level telescopic extension and a cunning second use.


Pull the tray out of its two support slots and slot it back into a second pair and the tray lies horizontally, ready to take a CD/DVD carrier. This is supplied with the machine and feeds from the front, to print directly on suitably-coated discs.


Print controls are three push-buttons at top left of the front panel, one for power, one for cartridge changes and the third for paper feed and job cancel. The first two have embedded LEDs. At the back is a single socket for USB connection, which is the only way to get data into this printer.


It’s a shame there are no memory card slots, which are pretty much standard in most printers and all-in-ones these days. While printing from cards would still be hampered by the lack of any form of display, other manufacturers have tied their printers in with PC or Mac-based software to at least print from cards via computer. 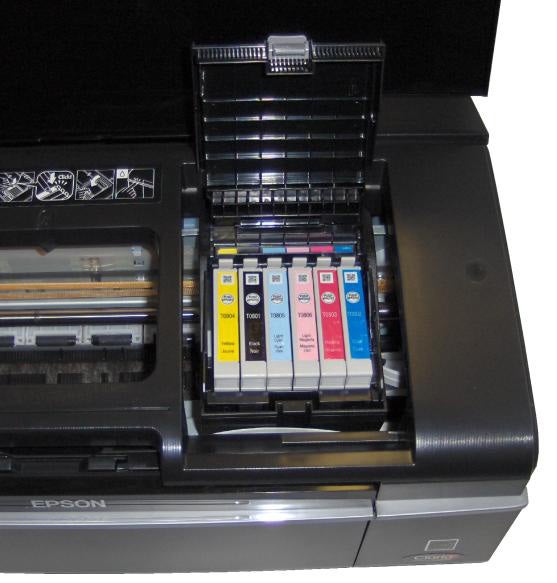 As usual with Epson printers, the Stylus Photo P50 uses a piezo-electric printhead with plug-in ink cartridges. In this case, as mentioned, there are six, with light cyan and light magenta added to the standard CMYK four. Interestingly, these two light cartridges, although specified as ‘additional colours’, are actually heavily used when printing photos and may well run low before the standard cyan and magenta.


Software bundled with the machine is all provided by Epson and includes the company’s useful Web print utility, which tries to ensure everything from a viewed Web page is printed, by compressing the width of the print image. The installation applet is better designed than with previous Epson printers and no longer requires you to accept the license agreements for each sub-element of the suite.

This is specifically a photo printer, so you wouldn’t expect plain paper text print to be particularly quick, even though Epson still quotes speeds of 37ppm and 38ppm in draft mode. Ignoring the fact that very few people print in hard-to-read draft mode, you’d have to be printing pages with virtually nothing on them to get close to the claimed speeds.


Our five-page text document took 1:10 to complete, giving a realistic normal mode speed of 4.29ppm. Unusually, increasing the run to 20 pages gives very little improvement, with a recorded speed of 4.58ppm. This is largely due to the efficiency of Epson’s driver, which takes very little time for processing before starting to print. Although Epson quotes a slightly faster speed for colour print than black, this is not what we saw, as our five-page, black text and colour graphics document returned just 3.37ppm. 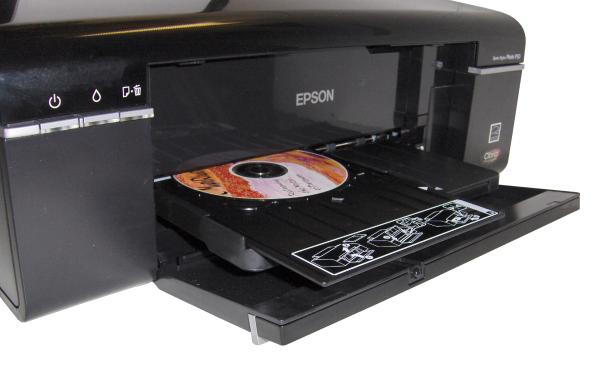 With this machine, photo print times are at least as important as text and graphics. A 15 x 10cm photo printed on A4 paper took 1:56 in Best Photo mode, but a mean 47 seconds in Normal Photo mode. “Is there a difference in print quality”, you ask?


We answer “Yes, but for many purposes you can get away with Normal”. The Best Photo mode print gives better definition in areas of sunlight and more detail in areas of shade, but it’s probably worth saving for final copies of your photos, for gifts or exhibition.


Colours are natural and there’s little apparent cast to any primary. Textures are smooth, thanks to the enhanced 5,760 x 1,440dpi resolution, and vary smoothly from light to dark tones. 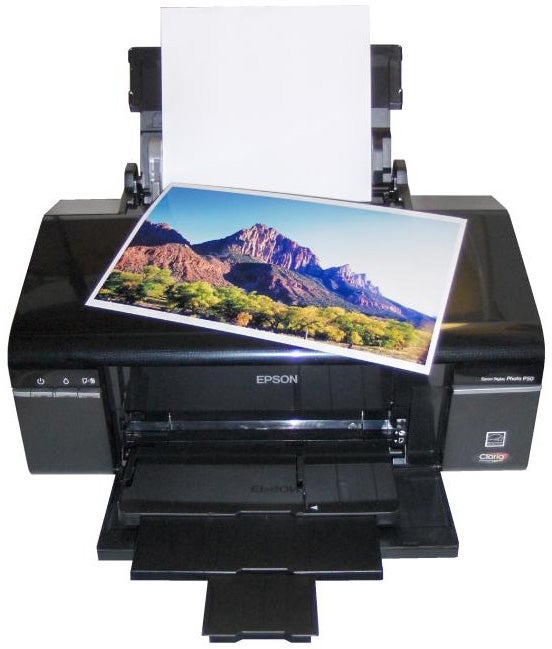 With six cartridges to pay for rather than four, you’d expect page costs to be higher than for a four-colour printer. Two different sets of cartridges fit the machine, though Epson tries hard to steer you towards the lower capacity set. However, using the higher capacity T0791-6 set returns costs of 2.80p for an ISO black page and 9.15p for ISO colour.


The black page cost is not bad, but the colour cost is on average one to three pence higher than from its main rivals, though most of those are four-colour machines.


There are good and bad points to the Epson Stylus Photo P50. On the upside you have six-colour print, a good photo print speed and the extra facility of being able to print on CDs and DVDs. On the downside you have relatively high running costs, no status display and lack of any memory card slots. You really have to decide if the P50 fits your requirements for a photo printer.