The release of any new Epson printer is an event, but the Stylus C64 is one of the first printers supplied with DURA Brite inks. DURABrite is Epson’s name for its new pigmented colour inks, for which it makes a lot of claims.


As well as being extra bright on both coated and plain papers, the ink is said to be water and smudge-resistance straight out of the printer. This is largely because the DURABrite pigments are not easily water-soluble, once they’ve been printed. Epson also claims that DURABrite ink resists fading for up to 80 years.


Although the Stylus C64 is an inexpensive printer, coming in at around £60 on the street, it still uses separate ink cartridges for each of the four printing colours: cyan, magenta, yellow and black. These clip into a carrier, which also holds the permanent piezo-electric print head.


The C64 is very conventionally designed, with paper feeding from a near-vertical tray at the rear and ejecting to a telescopic output tray which folds down from the front of the machine. This reduces the footprint of the printer on the desk, though it is still quite a substantial machine. At the rear are connections for USB and parallel cables – though neither is supplied – and there’s an integral power supply, so you have no black block kicking around under your desk.


Installing the C64 is simple thanks to a redesigned installation routine which pulls together the setup routines for the disparate pieces of software supplied with the printer. These include a new Status Monitor and image management software called PhotoQuicker.


PhotoQuicker enables you to load images from a variety of sources, including cameras, memory cards or file folders, perform basic manipulations on them and set them up ready for printing. There are a variety of different print templates available, so you can make best use of your expensive photo paper.


The Status Monitor now shows you accurate ink levels from the four cartridges, rather than the estimates provided by some other printers. The printer driver enables you to select print quality and paper type, though oddly these two parameters aren’t tied together – you can print rather wastefully at draft quality on DURABrite photo paper, if you want to.


The C64 is not that quick, even though it’s a four-colour, general-purpose machine rather than a six-colour photo printer. It took over two minutes to print a five-page text document, well below the rated black print speed of 17 pages per minute. Even allowing for the Epson rating being in draft mode and on simple text, the print speed from our test – under 2.5ppm – is a lot slower than the claimed speed.


The five by three, full-colour photo print at best quality took three minutes 19 seconds to complete, which is again pretty slow for a modern ink-jet printer. The photo image, compared to a print sample from a Stylus Photo 830U, was good in places – the sky blue was closer to the original and there was more detail in the trees in the foreground. However, there was an obvious band in the gradation of colour in the sky and less shadow detail in the rock face.


The C64 can’t print borderless on A4 sheets, which earlier models from Epson could. It can do so on 100mm by 150mm paper, but this is an extra expense. Also, the DURABrite photo paper isn’t as glossy as the glossy photo papers from most printer companies – it’s closer to a satin finish.


Epson uses under-printing of colour on black prints, so there is some extra cost when printing black text. Against this, because each of the ink cartridges is a separate item, you need only replace them individually as they run out, which can save you money over three or five-colour cartridges.


Using Epson’s claimed usage rates for ink, 400 pages for the black cartridge and 250 pages for each of the colour ones, all at five per cent cover, produces page costs of 7.0p for a black A4 page and 56.6p for a 20 per cent colour one. These are relatively high costs, when you compare them with something like the Canon i450, which produces figures of 4.3p and 40.5p, respectively.


Because the DURABrite inks and papers have only recently been released, we used Epson’s recommended retail price for its DURABrite photo paper in working out the colour print cost. Once the media is available from a number of sources, you can expect the street price of this consumable to drop, which would bring down the colour print cost per page.


The Stylus C64 is a well-designed printer, quieter than earlier Epson models and with the advantages of water and fade-resistant DURABrite inks and separate ink cartridges. However, print quality and speed is little better than from the company’s previous entry-level machines. 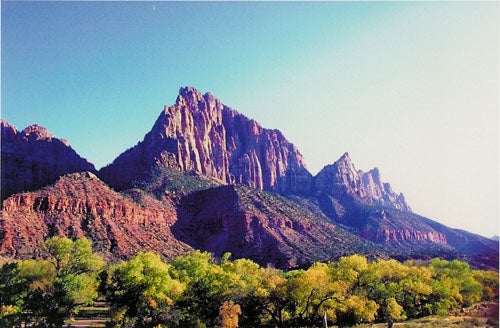