The mainstream printer in most offices is still the mono laser and machines designed for a workgroup workload take the lion’s share of that print requirement. Epson’s EPL-N3000 is a fast-rated workgroup machine with good paper capacity and easy maintenance.


The machine has a consciously eccentric look, with a heavily sloped top surface towards the front, counteracted by a smoothed-in hump, to prevent pages falling off the front. There’s a deep depression towards the back of the top panel and over the top cover within it. The cover gives access to the single-piece drum and toner cartridge. 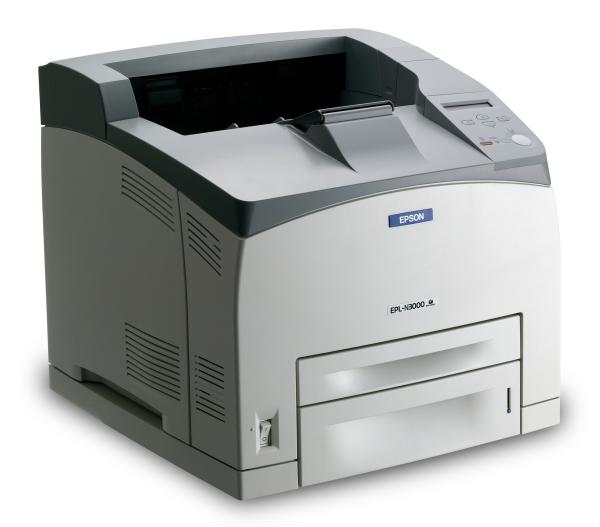 The control panel is very straightforward, with a single-line, 16-character backlit LCD display and an elongated diamond of control keys below this. In front of these controls is a big start button and a smaller trash button, which ends a current job. There’s no walk-up USB socket, which is a shame as at a stroke this provides more versatile print facilities.


The most unusual feature of the machine is its twin paper trays, set into the bottom of the front panel. As well as a main paper tray which can take a full 550 sheets of office paper, the upper tray can take a further 150 sheets of multipurpose media. Having a second tray, rather than a simple feed, means you can keep, for example, letterheads pre-installed as well as general-purpose paper.


At the back are sockets for USB and Ethernet and there’s a legacy parallel port included too, for maximum flexibility. Options on the machine include a further two 550-sheet paper trays, a 550-sheet paper stacker and a duplexer, which comes as standard on the dn model, but not on this one. 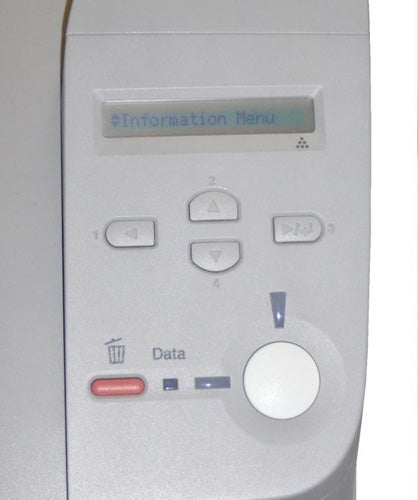 Set up could hardly be easier, with the single-piece drum and toner cartridge slotting in through the top hatch. The standard unit is good for 17,000 pages, though the cartridge supplied with the printer can produce just 6,000 pages, little more than a third of this.

Epson quotes a top speed of 34ppm for the EPL-N3000 and we were able to get somewhere near this under test. Our five-page black text document took 19 seconds to complete, which is a speed of 15.8ppm, but when we ran the 20-page document, this increased to 26.1ppm. The five-page text and graphics test took 14 seconds, giving a speed of 21.4ppm.


These speeds are all pretty healthy and you’re not likely to be hanging around for print jobs, unless you’re working in a very busy office.


Print quality for text is pretty exemplary, with sharp, fine characters looking almost like letterpress. The printer has a default physical resolution of 600dpi, though with enhancement, Epson claims an effective 1200dpi. 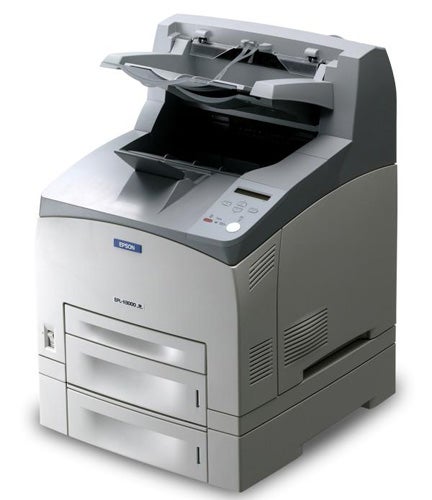 Greyscale graphics show a good range of tones, so you can readily distinguish between different colours in your input documents, but is marred by some banding, which is more noticeable in darker tones. This is not unusual with mono laser printers and although it is noticeable, for most purposes the print is still very usable.


The same banding is visible in our sample photo print, which is a shame as otherwise the reproduction is particularly good, with plenty of foreground detail and features also showing up in darker, shadowed areas of the image.


There are two components to the consumables on this machine, though depending on the likely workload, you may want to disregard one. The 17,000 page drum and toner cartridge is the obvious component, but there’s also a fuser unit, which needs replacing every 200,000 pages.


Depending on the replacement regime within your business, you may never hit this upper limit for the fuser, in which case that part of the cost can be ignored. It works out at just under .01p per sheet, so is not a major factor, even if you do decide to include the cost.


This is a good, general-purpose mono laser printer, with all the essentials for a medium to heavy workload. Its extra paper tray is a bonus, its speed is better than average for printers at this price and the quality of output, particularly for text, is all you could want for general office work. Running costs are lower than for many others in the same price bracket and there’s very little to hold against the machine, when considered for its target market.