Once upon a time, not so long ago, we’d have been left pretty near breathless by any projector like Epson’s EMP-TW1000 which offered a full HD resolution for under two grand. But now, while they’re hardly 10 a penny, other sub-£2k full HD projectors certainly exist. What’s more, they no longer just exist in the LCD world, with Optoma’s HD80 now bringing full HD DLP into the frame.


All of which is a kind of long-handed way of saying that with so much stiff competition around, the TW1000 will have to go some to really impress us, low price or no low price.


It gets off to a pretty good start, mind. Its bodywork, for instance, is really cute in its glossy black finish and reasonably elegant curves. Plus it feels quite robust for such an affordable full HD model. 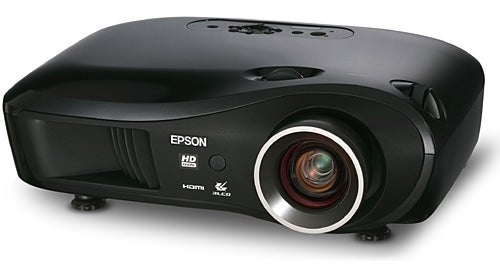 It’s also remarkably easy and flexible to set up. Particularly likeable is the incredibly simple vertical and horizontal lens shift system, whereby just spinning two ‘wheels’ built into the projector’s top can move the image huge distances along either axis. The amount of optical zoom available is prodigious too, offering a zoom ratio of 1-2.1:1, which should make it adaptable to almost any living room size.


The first marginal disappointment comes with the TW1000’s connections, as we find only a single digital video input: an HDMI. There is actually one further digital jack, a little D4 affair, but while this unexpectedly allows you to connect a SCART cable via a provided adaptor, it’s only any use in Japan when it comes to digital connections. 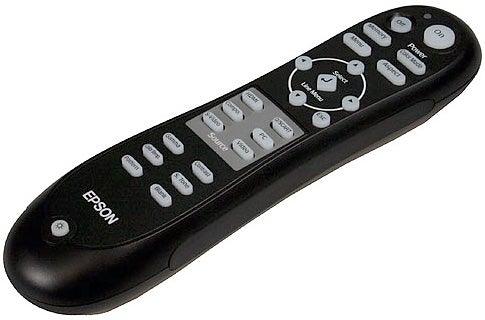 There is one piece of good news about the solitary HDMI, though, and that’s its v1.3 designation which makes it compatible with the Deep Colour picture-boosting system – should any sources appear that actually make use of Deep Colour, that is.


Elsewhere you find a component video input, a D-Sub PC port, a 12V trigger output for driving a motorised screen, and an RS 232 port allowing the projector to be integrated into a full home cinema installation.


A scan down the TW1000’s specifications sheet reveals some impressive numbers. For as well as that crucial full HD pixel count of 1,920 x 1,080, there’s a huge claimed contrast ratio of 12,000:1, and a high (for this price point) maximum brightness figure of 1,200 ANSI Lumens.

Heading into the TW1000’s onscreen menus, we find a neatly presented system that’s reasonably easy to navigate but just a little over-burdened with options. We can readily imagine arch tinkerers ending up getting themselves – or rather the projector’s pictures – into quite a mess if they’re not careful.


Among the most intriguing of the options available are a handy series of thematic picture presets including two ‘Theatre’ modes for home cinema purposes, a Living Room mode for viewing in a small amount of natural light, and a Dynamic mode for playing console or PC games. There’s also a colour temperature adjustment in Kelvins; an auto iris function whereby the projector automatically reduces its light output during dark scenes to boost black levels; motion detection processing; noise reduction; output scaling on or off (choose ‘off’ while watching HD); gamma adjustments; and a skin tone tweaker.


The sad thing is, though, that putting all the TW1000’s extreme image flexibility in the context of its actual picture performance, the one phrase that springs to mind is: ‘you can’t make a silk purse out of a sow’s ear’. 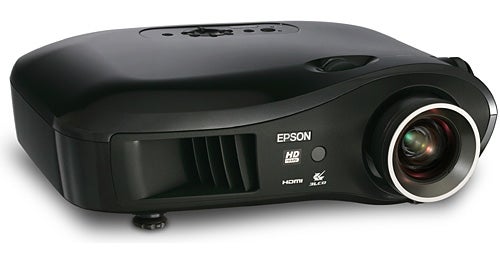 In other words, no matter how much we played with all the abundant picture tweaks at our disposal, the inherent quality of the TW1000’s images just isn’t high enough to enable us to achieve anything truly satisfying.


The main problem is one common with LCD projectors: black level response. Coming to the TW1000 on the back of a series of DLP projectors, it’s just impossible not to feel deflated by the amount of greyness that hangs over parts of the picture that ought to be black. This leaves supposedly large-scale dark scenes like the vast egg chamber on the crashed ship in Alien looking decidedly flat and lifeless, and obscures the sort of subtle background details that help dark parts of the picture look properly integrated with the image as a whole.


The greyness has a further knock-on effect with colours, with hues during dark scenes tending to look rather muted and washed out by the grey ‘wall’ that stands between them and your eyes.


In fact, the more we look at the TW1000’s black level deficiencies, the more we start to feel that it’s not just DLP that outguns it in this crucial department; even a fair few LCD models have delivered rather more black level prowess than this.

Just so that nobody at Epson has any manoeuvring room on this issue, we can say for the record that we really tried everything to make the TW1000’s pictures better; the auto iris, the lamp output levels, the picture presets, the individual contrast and brightness settings, the gamma controls, the skin tone levels… Seriously, not a single stone was left unturned in our quest to make the TW1000’s pictures more likeable. After all, nobody could have been keener to like a full HD projector costing just £1800 than us.


But in the end we had no alternative but to throw our arms up and admit defeat. The bottom line is that the TW1000’s pictures just don’t have enough black level to be convincing, and there’s not a thing you can do about it.


This is all the more demoralising because in a few other key ways the TW1000 is rather good. For instance, there’s absolutely no trace of any motion artefacting or blurring, giving even full-tilt action scenes like the battle with the Immortals in the HD DVD of 300 a sense of smooth, crisp purity that’s second to none.

The full HD resolution also means there’s no ‘screen door’ effect, whereby the LCD pixel structure can be seen in the picture, plus there’s no problem with the flickering colour stripes in your peripheral vision that can trouble many affordable DLP projectors (the so-called ‘rainbow’ effect).


LCD pictures sometimes look a little gritty and over-sharp around contours, but here too the TW1000 does well, with a smooth, polished, uniform and impressively noiseless presentation, at least where HD footage is concerned.


Although we have seen sharper LCD pictures, there’s enough subtlety in textures and colour blends to confirm that this is definitely a full HD rather than a mere HD Ready projector.


The final string to the TW1000’s bow is that it runs impressively quietly, at least with the low lamp output option selected.


On paper, Epson has put together a fearsome proposition in the EMP-TW1000. But we’re sad to say that some pretty fundamental problems, especially in the black level department, mean that it doesn’t even get close to delivering on its apparent potential.