The EH-TW9300W is a £3,300 LCD projector. That may sound steep, but it offers a lot. It plays both 4K and high dynamic range (HDR) signals, and also ships with a wireless HD system that lets you beam pictures to the projector – without with the usual long cable runs.

Add to these key features some of the best picture quality I’ve seen from a sub-£10,000 projector, and the EH-TW9300W begins to look like one of the home cinema world’s biggest bargains.

As is seemingly the case with all projectors that boast some kind of 4K capability, the EH-TW9300W is a big unit. Not quite on a par with the truly gargantuan JVC Z1, or Sony’s native 4K models, but certainly enough to occupy a fair chunk of a coffee table or overhang the edges of a typical projector stand. 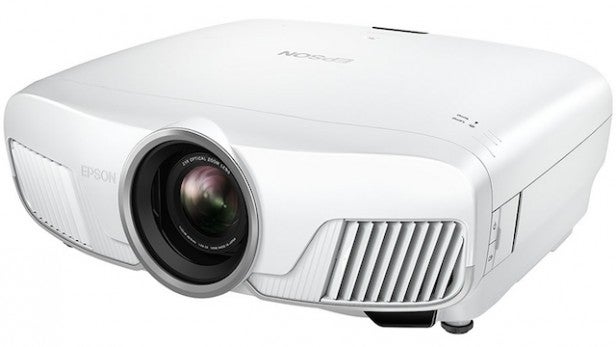 I don’t see this as a major problem, since this is a projector that deserves to be housed in a dedicated home cinema room anyway.

The EH-TW9300W is finished in a tasteful matte white, although there’s also a slightly cheaper black version (the TW9300) available without the wireless HDMI box.

The unit feels a little plasticky, but once set in its place, you’re more likely to be struck by its cute sculpting than any overt flimsiness.

The EH-TW9300W’s remote control is excellent. Its unusually large size provides generous room for its backlit buttons, and there’s plenty of direct button access to key features such as individual inputs and key picture adjustments or settings.

The EH-TW9300W’s connections are weirdly hit and miss. The inclusion of the wireless HDMI system is a great touch, especially since the transmission unit supports four different HDMI inputs and delivers 4K HDR video over the airwaves flawlessly.

There are only two HDMIs on the projector itself, though, and only one of these is equipped with the HDCP 2.2 protocol required to play Ultra HD Blu-rays. Also, I came across a number of frustrating connection limitations and inconsistencies – caused, apparently, by the HDMI’s limited bandwidth.

While my Panasonic UB900 and Samsung K8500 UHD BD players worked fine with 4K and HDR images (except for having to ditch HDR when playing the 60 frames a second Billy Lynn’s Long Halftime Walk disc), the Xbox One S only delivers 4K HDR at 24 frames a second, pretty much limiting its HDR potential to UHD BD playback, not games. What’s more, even this level of Xbox One S support is only possible via the wireless HDMI system; try a direct connection to the projector’s 4K-capable HDMI input and there’s no HDR support at all!

With the PS4 Pro I was able to get HDR without issue, but only at the expense of resolution, with HDR games being restricted to 1080p rather than the higher resolutions of which most of them are now capable. This situation remained the same regardless of whether I used the wireless HDMI system or a direct connection.

I also had issues with Sky Q, only being able to play UHD content from it (via direct connection or the wireless system) if I selected the 8-bit output rather than the 10-bit one.

The first thing you need to understand about the EH-TW9300W’s picture features is that while it will receive and play 4K images, it doesn’t use native 4K LCD chips. Instead, it converts incoming UHD signals to HD, then passes them through a ‘pseudo’ 4K system similar to JVC’s e-shift technology to recreate something approaching a 4K effect.

In terms of detail and clarity, the resulting image is no replacement for a true native 4K image of the sort delivered by Sony’s VW550ES, VW320ES, Acer V9800 and BenQ X12000. But as we’ll see, its results are considerably better than normal HD.

Where HDR is concerned, the EH-TW9300W’s claimed 2,500 lumens of light output is brighter than that of most true home cinema projectors in the sub-£5,000 price bracket. Also, the colour filter that kicks in with the Cinema modes is reckoned to deliver close to 100% of the DCI-P3 colour standard used in commercial digital cinemas. This is still only around three-quarters of the full colour range used by the Rec 2020 colour container used by Ultra HD Blu-rays, but it’s a big advance on the normal SDR Rec 709 colour range.

The EH-TW9300W has a few video processing options, including standard and MPEG noise reduction, a ‘Super-Resolution’ feature for boosting sharpness, a detail enhancement feature for boosting texture and fine detail, and a Frame Interpolation motion compensation system.

The EH-TW9300W can support 3D (although no glasses were provided for this review), and finally, as well as the 10 lens memory settings mentioned earlier, lens controls extend to an automatic iris system, a manual iris adjustment, and three different lamp settings. These light control options are enough to enable you to optimise the picture for almost any image taste or room setup. Provided that room is predominantly dark.

Rather brilliantly for its money, the EH-TW9300W ships with a fully motorised lens, meaning you can shift, focus and zoom the image – with plenty of precision – via the remote control. Having a motorised lens also means you can set up to 10 different ‘lens memories’ to suit playback of different aspect ratios.

Most projectors I’ve seen so far just aren’t up to handling HDR even when they say they are. The EH-TW9300W really can deliver watchable HDR images, however, so long as you make some minor tweaks.

First, choose the Cinema or Digital Cinema picture preset. These call in a wide colour filter that delivers the most natural out-of-the-box colours for HDR material. With all the other presets Ultra HD Blu-ray colours look a little flat, washed out and with a bias towards yellow.

The only problem with the Cinema/Digital Cinema presets is that they reduce the light floor of the image. This leaves dark scenes and dark parts of otherwise bright HDR shots looking too shady and oppressive.

Unlike many rivals, though, the EH-TW9300W offers two potential solutions here. The best one in image quality terms is to push the lamp up to its High output setting rather than the default Medium mode, and increase brightness to around its 62 level.

Note that the High lamp setting greatly increases the projector’s fan noise, though, so if that’s an issue in your room layout, your only alternative is to push up the brightness to around the 68 level, and colour up to around 60-62 to compensate for the way the extra brightness can slightly bleach the default colours. This can slightly reduce the image’s black level response, however.

For SDR playback I’d recommend using the Natural preset as your default, since this is calibrated to get close to SDR’s Rec. 709 colour space. You don’t need the the digital cinema filter used by the Cinema and Digital Cinema modes with anything that isn’t HDR. Set the lamp to Medium or Eco for SDR playback, too. 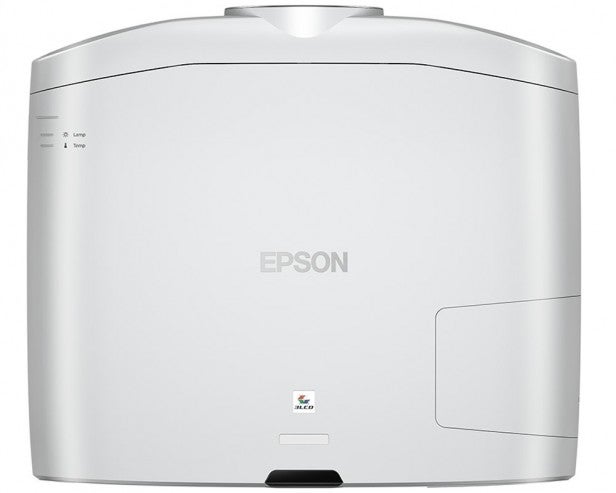 I’d recommend ignoring the EH-TW9300W’s various video processing systems, as the images look great in their ‘natural’ state – the processing features often cause at least as many issues as they fix.

If you want to enjoy a slightly more potent 4K effect from the pseudo 4K system you could choose Image Enhancement Preset 2, which adds more sharpness than the default Preset 1. But I wouldn’t say this is necessary, and I certainly wouldn’t suggest pushing the sharpness any higher with any of the three other stronger Image Preset Mode settings.