The TW6100W’s on-screen menus are
well stocked with features. Among the various options you’ll find
various colour temperature settings – including
the 6500k option that usually works best with video; a skin tone
adjustment; an auto iris mode that lets you select whether you want the
projector to use a dynamic iris to adjust the image’s brightness to
boost black level response during dark scenes; various gamma settings;
and extensive colour management systems for both the primary RGB and
secondary CMY colour elements.

There are a few processing tools
to play with too, including multiple levels of noise reduction, and some
motion detection and progressive settings depending on the picture
preset and source material you’re watching. However, these processing
systems are generally best avoided in our opinion. 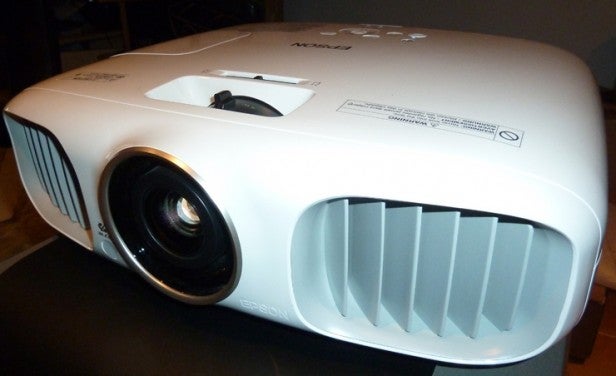 One
final feature is an LCD Alignment feature. Activating this delivers a
clear improvement to the accuracy of the RGB colour alignment, removing
red bleed in particular from around the edges of bright objects. So why didn’t Epson set this feature to
run as standard? Because, essentially, it’s a digital
scaling function of the kind that won’t appeal to serious enthusiasts who like
their pictures to emerge scaling-free.

Setting up the TW6100W is
reasonably straightforward thanks to the decent on-screen menus and
robust, reasonably accurate zoom and focus rings. There’s one nasty
shock, though, in that the projector doesn’t have any optical vertical
shifting. While we might expect this from a sub-£1,000 projector, we
would really hope to see the feature on a £1500 model. Without it, many
users will be forced to use keystone correction – which is essentially a
distortion of the incoming image – to get the edges of their pictures
straight. This will set many a film enthusiast’s teeth on edge. 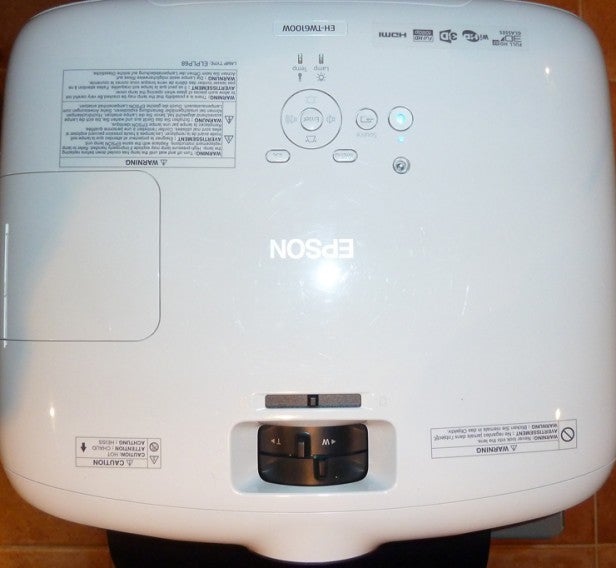 In
action the TW61000W certainly has its moments, but overall feels a bit
disappointing. The main reason for the disappointment is the TW6100W’s
rather average handling of dark scenes. For starters, the black colour levels simply aren’t on a par with as some of its rivals –
especially those that use DLP rather than the Epson’s LCD technology. Providing the TW61000W with our rugular contrast test scene (Chapter 12 of the
final Harry Potter film on Blu-ray) the picture looked greyed over and thus a little
unconvincing. Colours in dark scenes take a slight tonal hit thanks to
the greyness too.

You can improve this a bit if you call
into play the projector’s auto-iris system. However, doing this causes
the TW6100W to start producing some infuriatingly
distracting clicking and whirring noises as the iris goes about its
opening and closing business. These noises are so unnerving that they pretty much make the auto-iris feature a no-go area, unless you can somehow build
your projector into a soundproof box.

The one thing the TW6100W
does do well with dark scenes, to be fair, is deliver lots of shadow
detail and subtle greyscale information. This helps to produce a better
sense of depth in dark scenes than you usually see at the TW6100W’s
price level. However, overall we felt that we’d rather have sacrificed a
touch of this shadow detail for a richer, more convincing black colour.

Yet another problem exhibited by our test sample during dark scenes was a
seriously distracting light ‘blob’ in the bottom centre of the image.
We couldn’t figure out if this was caused by dust in the lens array, a
lens manufacturing error, or was a general problem with the TW6100W’s
optical design. But we couldn’t get rid of it, and even if it’s not a
phenomenon you’ll get with every TW6100W, it doesn’t exactly fill you
with confidence about the lens array’s build quality.