While black levels are a little disappointing, the TW6100W is able to deliver punchy and vibrant colour during bright scenes, with the 2300 ANSI Lumens of potential light output doing a fine job of pushing forth rich saturations and drawing you into the explosively rendered action. 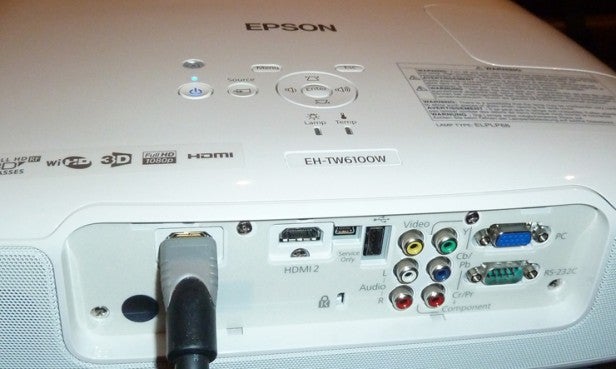 This brightness, unsurprisingly, serves the TW6100W especially well with 3D, enabling Epson’s projector to counter the inevitable dimming effect of its (RF-based) active 3D glasses quite well, making the shift between 2D and 3D viewing feel less of a brightness compromise than it is with Panasonic’s (otherwise excellent) AT6000E.

As well as looking engagingly bright, 3D images look crisp and detailed, and pleasingly this sharp feel isn’t heavily reduced by crosstalk noise. To clarify, despite the TW6100W using a 480Hz refresh rate there is a little more of the tell-tale double ghosting issue around distant, sharply contrasted objects than you tend to see with affordable 3D projectors that use DLP technology.

However, before you all rush out to buy a DLP model instead, bear in mind that the TW6100W’s use of LCD technology makes it completely immune to the rainbow effect – flashes of red, blue and green stripes over bright image segments – that shows up to some extent on all affordable single-chip DLP models. 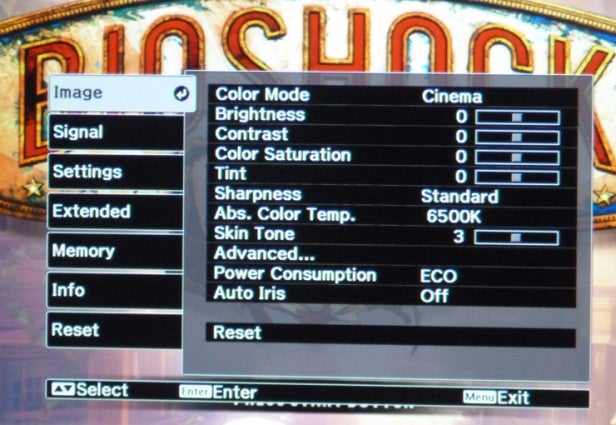 The TW6100W also handles motion quite nicely, avoiding serious judder without leaving the picture looking too fluid or processed. Also, since it’s an LCD model there’s no issue with the fizzing noise over in-motion skin tones you can get (though it’s less common than it used to be) with single-chip DLP.

We really wanted to like the TW6100W. Having found much to like about the TW8100 we’d hoped the TW6100W might be the perfect way for big-screen home cinema fans to enjoy the quality of Epson’s 2013 LCD projection range for less money. Sadly though, too many compromises have been made with the TW6100W. The lack of vertical image shifting is depressing, the contrast performance is much reduced from the TW8100, the dynamic iris system that might have rescued the contrast is so noisy it’s unusable, and our sample suffered a worrying and obvious dust infiltration or lens uniformity lens error. In short, this potential star of Epson’s latest range ends up mostly being a great excuse for trying to save up to get the TW8100 instead.