The Epson TW5200 is a very respectable 3D performer. It delivers a surprisingly detailed, spacious 3D image, and the projector’s natural flare for brightness and rich colours is perfect for combating the natural dimming you get once you’ve donned active shutter 3D glasses. What’s more, these glasses help hide the projector’s innate lack of black level response. There’s a little motion judder and crosstalk, but neither of these common active 3D issues is nearly as aggressive as we might have expected for the TW5200’s money. 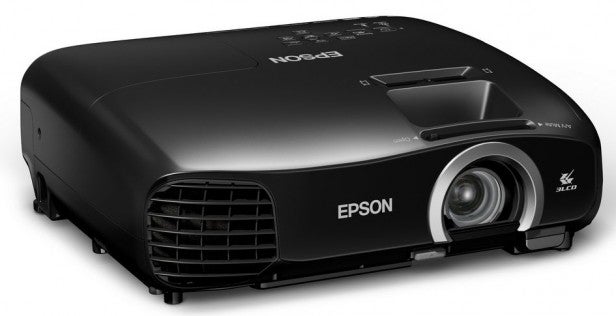 We don’t really feel comfortable even including a sound quality section in a projector review. But the TW5200’s game focus means that many of its users will likely stick with its built-in audio, so we’d best have a listen to it.

Right away, though, we’re reminded how using a projector’s built-in speakers inevitably makes the sound seem dislocated from the onscreen action. Also, the 2W of stereo output the projector carries is hardly commensurate with delivering a soundstage to rival the scale of the pictures you’re watching. After all, Epson reckons the TW5200 could potentially serve a screen as big as 328 inches!

You can’t really use the projector’s speakers at maximum volume either, otherwise they start to distort, especially with women’s voices.

Plus, of course, 2W of stereo audio is hardly likely to do justice to the spectacular 5.1 audio mixes now available on pretty much all games.

Having said all this the TW5200’s speakers are at least functional to the extent that you can still hear all the expletives from the actors in GTA V even when you’ve got your car stereo pumping out the latest gangsta rap. 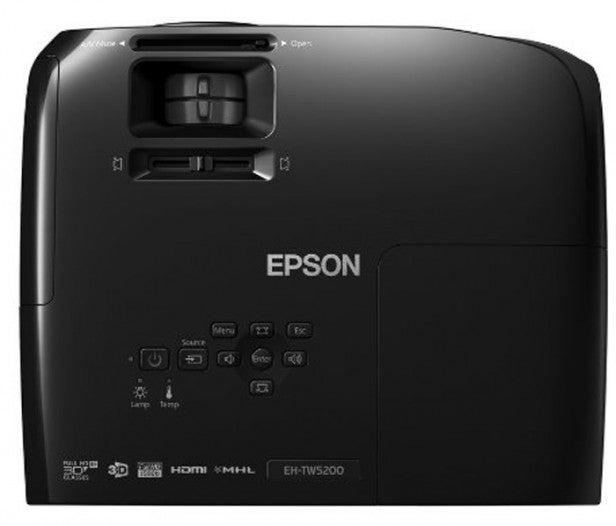 Input lag is of course a massive issue for gamers. So it’s a tad disappointing to report that using the Fast processing mode with noise reduction turned off, we still measured 66ms of delay in the projector producing its pictures. This can slightly impact your reaction times, though it’s actually not a bad figure by projection standards.

Regarding the Epson TW5200’s 3D capabilities, it’s worth pointing out that Epson is a member of the Full HD 3D Glasses Initiative, so if you already have recent RF 3D glasses from another member of the initiative (including Sony, Panasonic and Samsung) they should work with Epson’s projector, saving you a few bob.

Small but bright projectors tend to have issues with dissipating the heat from their lamps. And this is true to some extent of the TW5200, as it runs quite loudly – especially if you’re using the Normal rather than Eco lamp setting (something you’ll definitely want to do with 3D viewing).

One final point worth discussing is the remote control. This compact item is reasonably well laid out and comfortable to hold, but it’s let down by not carrying a backlight and using very small labelling – two issues that make it pretty hard to use in a darkened room. 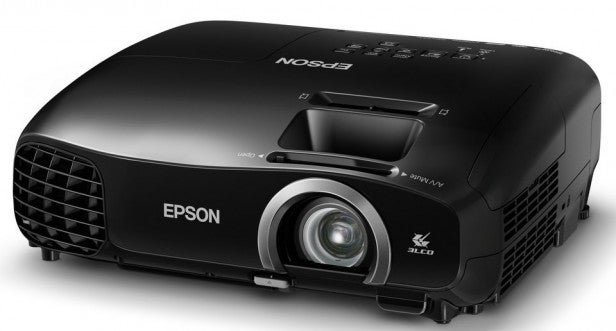 If you’re a serious gamer after a truly big-screen experience, then the Epson TW5200 undoubtedly has appeal. Its bright, colour-rich, clean, fast-responding pictures really do feel tailor-made to get the most from game graphics.

Very dark game sequences are a little hindered by the projector’s lack of contrast, and this same lack of contrast certainly compromises movie viewing. But if you’re after a projector for movie duties first and gaming duties second, you’ll be better off with something like the Epson TW5910 (currently available for only around £80 more) or maybe the £680 BenQ W770ST if you can live with its DLP rainbow effect.

The Epson TW5200 does what it says on the tin, serving up a dynamic, punchy picture very well suited to video gaming. In an ideal world it would either be slightly cheaper or else have a bit more contrast to make it a bit more of a gaming/movie all-rounder. But if you want to take your gaming immersion to the next level, the Epson TW5200 has to be worth considering.