Although I’ve not been very kind to Epson’s projectors in reviews on this site, I can’t help but admire the brand. For no matter how much of a mauling they get, they stick their chin out and keep coming right back at us again. And no matter how tough things get in what is at the best of times an infamously tough corner of the AV market, they continue to graft on while numerous projection rivals fall by the wayside.


With this in mind, I don’t mind admitting right away that it’s a genuine pleasure to find myself really enamoured with Epson’s new mid-to-high range home cinema projector, the EH-TW3800. The brand’s continual hard work has finally paid off in style. 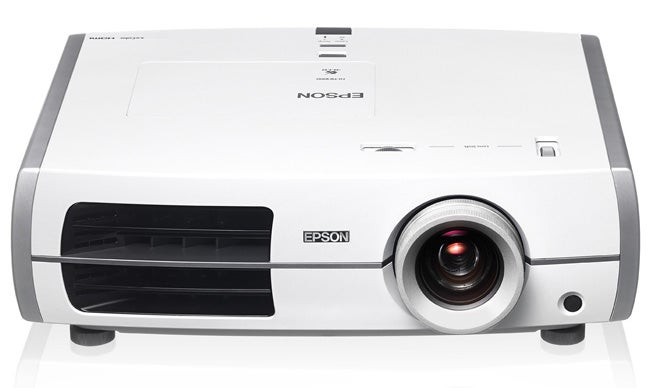 The TW3800 sets its stall out right away with its design. For while its unusually large (for a sub-£2k projector) footprint and angular lines might not make it the world’s most stylish bit of kit, its size, 7.3kg weight and supremely sturdy build quality both hint at some impressive innards.


What’s more, Epson is happy to register its own confidence in the quality of those innards by providing a three-year manufacturer’s guarantee on the TW3800 – a warranty that even extends to the lamp.


It also seems likely right away that Epson has put the TW3800’s considerable bulk to good use in reducing operating noise. For a large front-mounted ‘exhaust’ and rear-mounted air-intake filter suggest that the projector’s entire body is being used to help dissipate heat and fan noise – a fact seemingly confirmed by a low claimed 22dB minimum running noise that you’ll only hear if you’re a big fan of silent movies…

The TW3800’s connections are as we’d expect for the £2k level of the market. Which is to say you get two v1.3 HDMI inputs with x.v.Colour capability, alongside a component video input, a composite video input, an S-Video input, a D-Sub PC input, an RS-232C port, and a handy 12V trigger output for driving an automated screen or curtains. Perhaps the most unusual connections touch, though, is the facility to wire the projector to an external power switch.


Before we delve into the TW3800’s strikingly expansive features and user options, let’s dwell for a moment on some of its key quoted specifications. Its resolution, as we’d expect of a £2,000 LCD projector, is a Full HD 1,920 x 1,080 pixels. Its maximum brightness is a strikingly high 1,800 ANSI Lumens, and its claimed dynamic contrast ratio – for what it’s worth – is a thoroughly decent 18,000:1. Which all adds up to a projector with the potential to punch well above its pricing weight.

Heading at last into the TW3800’s expansive onscreen menus finds them nicely presented and organised. Even better, they’re navigated via one of the best remote controls I’ve seen shipped with a projector. Its buttons are exceptionally clearly labelled, aggressively backlit, large enough to hit easily even in a dark projection room, and small enough in number to ensure there’s plenty of space for them to sit in.


For many, probably the single most impressive features within the TW3800’s onscreen menus will be its colour management options. These allow you to adjust the hue, saturation and brightness of all the six ‘core’ colours, as well as the offset and gain of the red, green and blue elements. What’s more, in a really nice touch you can isolate the red, green and blue elements of the image onscreen, to give you a clearer idea of just what all your colour fine-tuning is actually achieving.

If all this talk of in-depth colour tuning has got you more scared than excited, fear not: the TW3800 also ships with a sensible and well-calibrated set of video presets – or ‘Colour Modes’, as Epson calls them. These include a Cinema Day option for people who have to suffer a little ambient light in their room; an HD option designed to match the ‘official’ HD colour standard; and my personal favourite, Silver Screen, which injects a touch more colour saturation into proceedings.


I should say that I still recommend tweaking the colours a little from the given presets, even if it’s only with the help of a simple set up aid like the Digital Video Essentials HD Basics Blu-ray disc. I certainly had to tweak the saturations of the red, green and blue colour elements before I got things looking just as I wanted them. But the key thing is that the projector has enough flexibility to get things spot on, and that’s what really matters. 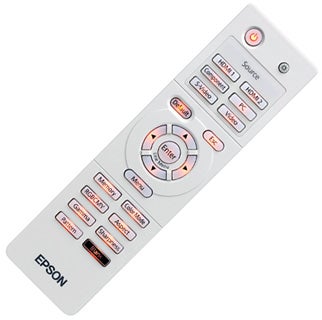 Really knowledgeable readers might be surprised to find names like Silver Screen and HD and Cinema Day among the TW3800’s presets rather than the ‘Theatre Black’ options usually found on Epson projectors. But there’s a very good reason for the name changes, namely that the TW3800 has been certified by the Imaging Science Foundation (ISF), requiring Epson to use the ISF’s preferred preset names.


The other key ISF-related feature is the TW3800’s carriage of an impressive set of extra preset memory slots, with such designations as ISFDayDVD and ISFNightVCR. These memory slots, accessible at the press of a single button, can be used by an ISF expert to provide optimised settings for every source you’re likely to have, in separate day and night environments, with all the settings accessed quickly whenever you want them via a dedicated Memory button on the remote control.

Epson is distributing the TW3800 predominantly through custom installation channels, so I guess to some extent features like the ones we’ve just described are necessary to keep the installers ‘onside’. But at the same time it’s fair to say that some of them go way beyond the call of duty for a projector costing less than two grand.


And we’re not done with the noteworthy tweaks yet, either. Other useful stuff includes the facility to shift the colour temperature in Kelvins, tweak the projector’s skin tones, adjust the lamp level output (stick to Low if you’re doing the sensible thing and using the projector in a dark room), turn on/off noise reduction circuitry, and adjust the speed at which the auto iris works. Or you can turn the auto iris off completely if you find its continual brightness adjustments distracting. 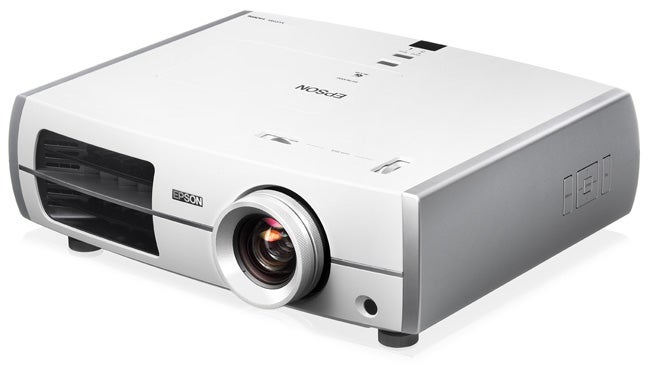 At this point it occurs to me that I’ve got so wrapped up in the TW3800’s subtle tweaks that I’ve completely missed out a couple of more prosaic but no less helpful setup aids. Namely a 2.1x level of optical zoom available from the Fujinon lens, and the provision to optically shift the image vertically or horizontally. This latter feature means you shouldn’t have to fanny about with keystone correction and suffer the image distortion it invariably introduces.


Right. Enough preamble. It’s high time I set about explaining just why the TW3800 had me waxing lyrical about Epson at this review’s start.


Probably the single most striking thing about its generally excellent pictures is their colour rendition. For after a little fine-tuning based around the already excellent Silver Screen preset, the projector presented me – even in low lamp mode – with some superbly vibrant, dynamic tones. Even better, this vibrancy doesn’t prevent colour tones from looking superbly authentic for a projector costing less than £2,000. In fact, I’d even go so far as to say that the TW3800’s colours slightly outgun those of the mighty – and slightly more expensive – Panasonic PT-AE3000.

I’ve repeatedly moaned about inadequate black level response on previous Epson LCD projectors I’ve tested. But the TW3800 finally puts this recurring issue to bed. For while it doesn’t deliver the blackest blacks around, it certainly gets deep enough to allow images to look genuinely cinematic. Especially since it manages to hold on to its believably dark blacks while retaining impressive levels of shadow detail without having to reduce its overall brightness. This shadow detailing ensures that you seldom feel like dark parts of the picture are hollow or one-dimensional.


If Epson’s upcoming TW5800 flagship home cinema projector can, as Epson claims, deliver black levels significantly superior to those of the TW3800, then it really could be a remarkable machine. Look out for a review soon!

Getting back to the TW3800, it’s right on top of its game, too, when it comes to fine detail response. Every last pixel of data from the phenomenally sharp, detailed Blu-ray of ”No Country For Old Men” is lovingly rendered, right down to the texture of the sand in the film’s many desert shots, or the complete absence of humanity in the eyes of Javier Bardem’s terrifying killer.


As for ”Call of Duty: World At War”… well, it looks so crisp and pristine that you really feel you’re there, fighting for your life. I didn’t feel as if my chances were being hamstrung by the projector introducing any major image lag, either.


It’s also worth pointing out that the TW3800’s extreme sharpness with HD sources looks entirely natural. In other words, there’s no dot crawl or over-stressed edging, which might indicate that the sharpness is being forced, or artificially ramped up. 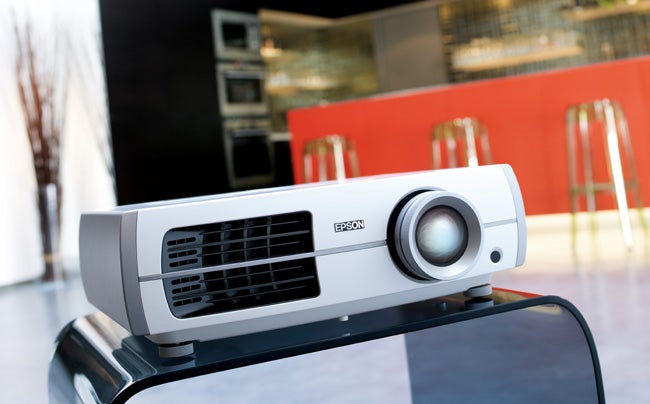 Yet more good news finds the TW3800’s processing engine doing a startlingly good job – for the money – of coping with the headache of handling 1080p/24 Blu-ray feeds, so that they appear onscreen with noticeably less judder than I’d have expected at this price level.


The TW3800 even outperforms its price point with standard definition footage. The task of rescaling standard definition to the TW3800’s Full HD pixel count is carried out by PixelWorks’ redoubtable DNX engine, resulting in images that look markedly crisper, more detailed yet also less noisy than they would if they’d been through a less accomplished processing engine.


So: I guess it might have been nice if Epson could have stretched to some sort of frame interpolation system like that sported by Panasonic’s £2,150 PT-AE3000 – but then motion still looks good on the TW3800, and you don’t have to worry about processing artefacts.


The PT-AE3000 also has that rather nifty lens aspect ratio shifting feature that this Epson does not, and it can deliver slightly deeper black levels as well as slightly more assistance to colour tweakers. But then as well as being the best part of £300 cheaper, the TW3800, for my money, marginally outperforms the PT-AE3000 on colour and shadow detailing. And any sub-£2k projector that can outperform the PT-AE3000 in any area simply has to be worth tracking down.