As well as selling to home and small business customers, there’s a third market both Epson and HP address with their inkjet printers. Epson’s B-310N is a big, unconventional machine, designed to compete with small business colour lasers, but is both cheaper to buy and to run.

This printer looks similar to the Epson B-500DN, with a ‘sit up and beg’ design, partly due to the 500-sheet paper tray projecting from its front. 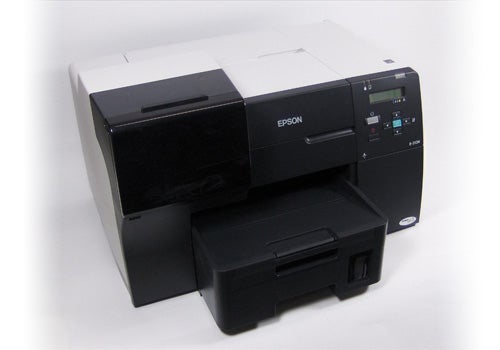 It’s very unusual to have a paper tray that can take a full ream of paper in one go and this emphasises that the main role of the printer is turning out a lot of pages. There’s a second paper tray too, which flips up from the top and supports a further 150-sheets of plain paper, or photo paper blanks for image prints. There’s no duplexer fitted as standard, but one is available as an optional extra.

The large, square binnacle at top left holds the four large ink cartridges, where even the standard capacity ones hold ink for 3,000 black pages and 3,500 colour ones. The highest capacity black cartridge offers 8,000 pages, well into laser printer territory and enough to keep this machine printing for several months, even in a busy office. 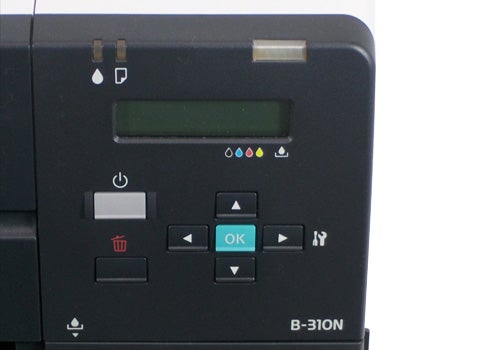 The B-310N’s control panel is simple but effective. The LCD display offers two lines of 16 characters and is used to display ink levels, as well as status and error messages. The only problem here is the lack of a backlight, which can make it difficult to read under overhead lighting. Given the cost of a couple of backlight LEDs, it’s hard to see why every LCD display on a printer isn’t backlit.

Sockets at the back include USB and 10/100 Ethernet; there’s no wireless provision on this machine and no version of the printer with one. Software installation is straightforward and there’s little apart from the driver, a network status utility and a web page print applet. Drivers are provided for Windows and OS X as usual and several distributions of Linux and Citrix are also supported.

Epson is champion at presenting speed figures which bear little relation to the real world and on the B-310N, which seems intent to run maintenance checks at every opportunity, it’s hard to time a run which doesn’t include some fidgeting around. Even when we did, black and colour speeds were nowhere near 32ppm for normal print or 37ppm for draft, as Epson claims.

Our five page black text document completed in 27s, a speed of 11.1ppm, and the draft mode print was only marginally faster, at 11.5ppm. The longer, 20-page test, which is arguably the kind of document at which this machine is aimed, enabled a higher throughput of 13.2ppm, very respectable, but less than half the claimed speed. A 15 x 10cm photo at the highest quality setting completed in a quick 52s. 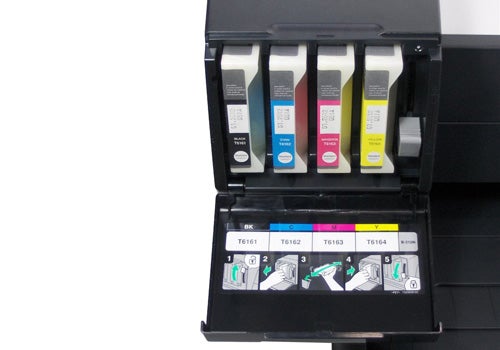 The quality of prints is only fair. Although black text looks superficially fine, when we looked a little closer we could see repeating bands where ink was missing or print was offset. Still fine for internal documents though.

Colours are solid and bright, though again there were some examples of nozzles not firing. This could have been the particular review sample we tested, but Epson printers have more trouble than most keeping their print nozzles clear, due to the piezo-electric print heads they use. 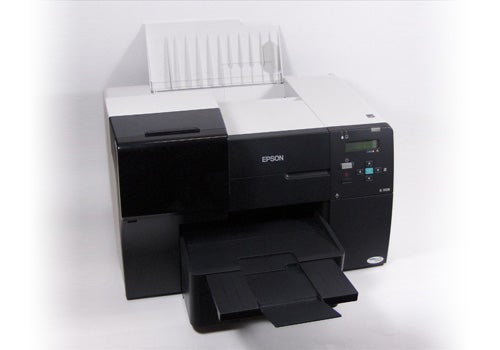 The photo print on Epson paper was very natural and the high print resolution meant there was very little sign of any dither patterns.

Using the highest yield print cartridges gives very low running costs. Black print comes out at 1.4p per ISO page, and colour print is a mere 3.0p, both including 0.7p for paper. These are the lowest costs we’ve recorded in the last year and we had to check the colour cost calculation to make sure we hadn’t put a digit wrong.

Verdict
This is an inkjet printer for somebody considering a laser printer. It needs less maintenance, prints at similar speeds and costs much less to run than colour lasers costing considerably more and should be considered seriously. This is especially true if you want to print photos as part of its task set. It does this much better than any laser could. 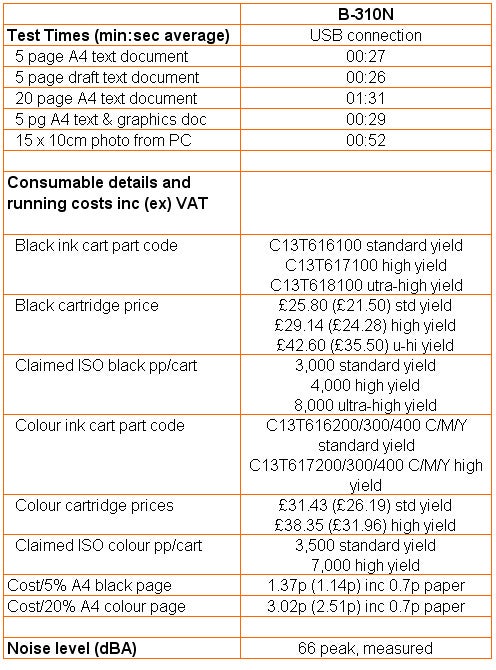