The EPOS H3 gaming headset may not be breaking the mould in the same way as its wireless little brothers, but it still offers gamers a quality, classic-feeling headset. While the lack of a detachable mic prevents it from being a truly excellent all-rounder headset, its impressively wide soundscape, powerful low-end and brilliant mic quality make the H3 a great option for indoor audio.

There aren’t many flashy features here to justify that high cost either, with EPOS instead focusing on making the audio quality as good as possible.

That’s not to say there aren’t any good features here though. The EPOS H3 has a closed-cap design to block out distracting background noise, offers a wide support for gaming platforms and features a nifty trick where you can mute the microphone by simply pushing it up. But is this all enough to justify the extravagant price?

The EPOS H3 is the latest wired headset from Sennheiser’s gaming range EPOS. Clocking in at an official retail price of £109/$119/€119, these are available now via multiple retailers.

The EPOS H3 is a sleek – if unremarkable looking – piece of audio hardware, which to be fair, is the least you’d expect at this wince-inducing price point.

While it’s hardly going to win any awards for design, its sleek black finish and eye-catching metal adjusters ensure that this feels like a premium bit of kit to match its high price. That said, the headset feels slightly more ‘gamer’ than say, the more adult-looking Corsair HS75.

Made out of two different materials, you’ll find a soft fabric coating the parts of the H3 that actually touch your head, with a soft leatherette lining the exterior. Sporting the traditional EPOS logo on the left can, along with a surprisingly bulky lever-esque microphone, there’s little in the way of pizazz.

On the right you’ll find the H3’s one and only piece of interactable hardware: a little scroll wheel. Feeling like one of those circular locks you find on the back of a sound bar remote, audio volume is adjusted by rotating the dial. It’s an odd design decision, and one which feels far less intuitive than your classic scroll wheel or button press.

Thanks to it’s ‘one size fits all’ wired connection, the H3 are a great platform agnostic all-rounder. Not restricted by platform-specific wireless codecs, the H3 comes with both a standard 3.5 mm headphone cable and a PC-ready audio cable. Speaking of that 3.5mm connector, the first time I attempted to plug in my H3 I was convinced that my review pair were faulty, as it requires substantial force to slot the jack in before the audio comes through with any clarity.

The other main thing that lets the H3 down is the lack of a detachable mic. Lumbered with a massive, lever-esque microphone, its permanence stop this from being a headset that you can take with you outdoors.

Overall the H3 is built well for its primary purpose. Thanks to its soft foam ear pads, wearing the H3 for shorter gaming sessions is a pleasant experience. Sitting snugly – but not tightly – across your skull, adjusting the fit is as easy as gently prying apart the stainless steel sliders. Yet like many mid-range overhead gaming headsets, I still found that wearing the H3 began to give me a headache after more than a couple of hours of use.

While they may not look like much, the H3 makes far more of an impression in the audio department. When paired with virtual surround sound software like the PS5‘s 3D audio or Dolby Atmos, these puppies really sing.

Plugging them into my DualSense, the sickening snarl of Returnal‘s foes send a shiver down my spine, as the game’s stomach-churning low end reverberates around my ears. There’s an admirable sense of spatial awareness with EPOS’ latest, where as I wildly dash around the hellish landscape of Helios the distant crackle of thunder feels suitably far away.

Crucially, they fare just as well in multiplayer, too. Blasting through a round of Domination in Black Ops: Cold War, I can hear the direction of enemies carefully muffled footsteps, even as the EPOS H3 brings the full chaos of the battlefield roaring and rattling around me in perfect surround sound. It fairs equally well when delivering the spooks too, from the hair-raising staccato strings and the maniacal laughter of the Baker family, the EPOS H3 does an admirable job of immersing me in the sphincter-clenching scares of Resident Evil Village.

The H3 are a great choice for music lovers, too. Putting them through their musical paces, the complex soundscapes of Manchester Orchestra’s ‘Bed Head’ swirl around my ears with impressive depth, its stabbing guitar melodies sitting comfortably in the mix alongside its cacophony of distorted drums, keyboards and layered vocals. Unsurprisingly, that aforementioned impressive low end really shines when it comes to thumping bass, with the stomach-curdling thud of Rival Consoles’s atmospheric sub melodies entrancing me in the sci-fi synth-led soundscapes.

While the microphone’s lack of detachability disappoints, its voice-capture quality almost makes up for its rigidity. Featuring Blue voice-enabled tech, speech is pleasingly crisp and clear, sounding just about as good as anything this side of an actual Blue Yeti. Where sometimes gaming headsets can overly compress your mic audio, here everything sounds refreshingly clean, making them just as good for video calls as barking orders at your squad mates.

The EPOS H3 is a straight forward wired gaming headset that isn’t particularly flashy in terms of either design or features. It’s even lacking some crucial tricks such as being able to detach the microphone.

However, the H3 justifies its high price with audio quality alone, with an impressively low end and wide frequency response. Its microphone is captures speech clearly and it’s fairly comfy to wear for long periods.

If you just want a peripheral that nails the basics, the EPOS H3 is one of the best gaming headsets you can buy. But if you’re looking for wireless connectivity and some more standout features, check out the likes of the Audeze Penrose and Xbox Wireless Headset instead. 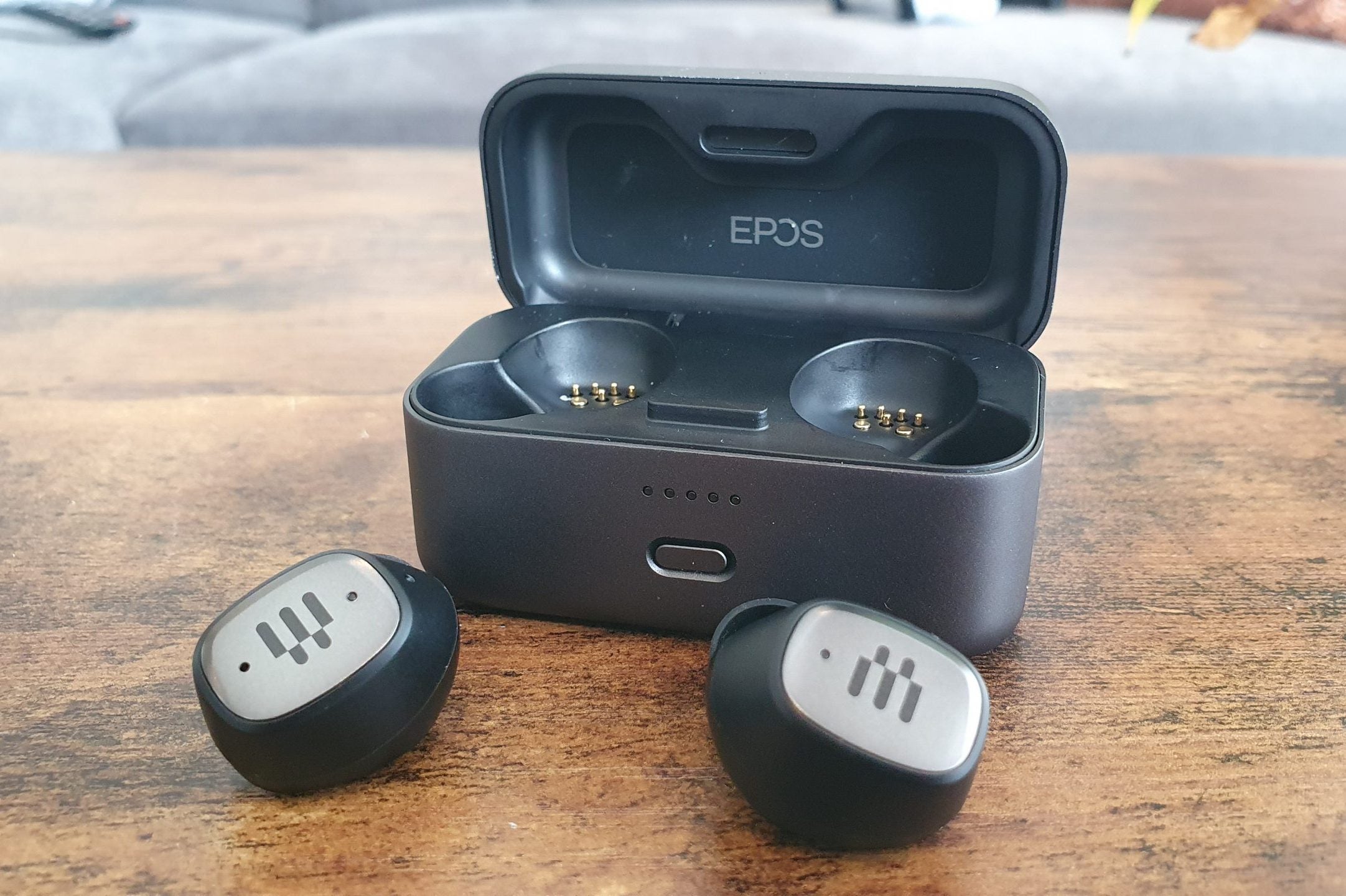 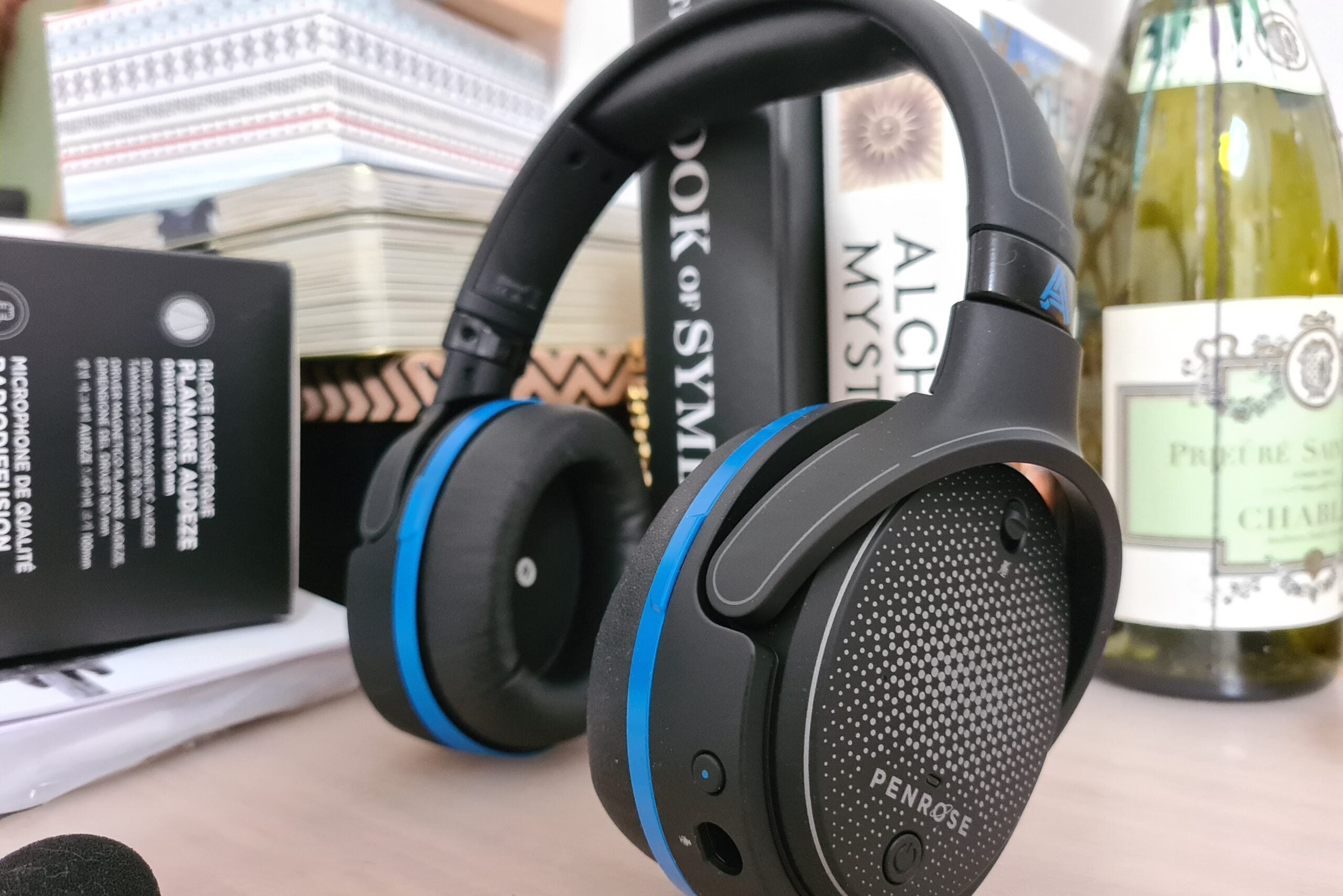 You’re looking for a gaming headset that nails the basics
We recommend the EPOS H3 if you’re looking for a versatile pair of indoor headphones that are just as great for video calls as they are immersing you in the latest AAA blockbuster.

You’re looking for a bargain headset
The EPOS H3 is very expensive for a wired gaming headset. And with its bulky size and non-detachable mic, it can’t double-up as your outdoor headphones.

The EPOS H3 gaming headset may not be breaking the mould in the same way as its wireless little brothers, but it still offers gamers a quality, classic-feeling headset. While the lack of a detachable mic prevents it from being a truly excellent all-rounder headset, its impressively wide soundscape, powerful low-end and brilliant mic quality make the H3 a great option for indoor audio.

Is this headset wireless?

No, the EPOS H3 requires a wired connection to function.

Is the microphone detachable?

No, you cannot detach the microphone.

Are the ear pads replaceable?

Yes, you can replace the ear pads.

By Tom Regan
Tom Regan contributed gaming reviews to Trusted Reviews between 2015 and 2017. …