The Emporia EmporiaCLICK has a reasonably large screen for this type of phone and the display’s resolution is quite good too, so text and icons look crisp and clean. Viewing angles are wide, so you don’t have to look at the display square on for it to be legible, unlike the screen on the Alcatel OT-282 that we reviewed recently. We also like the way the text size in the menus is adjustable so those with sight difficulties can set it to be much larger than normal.

However, the controls for the menus are a little bit odd. For example, to open the menu you have to hit the right hand button which is marked as the call end/power off button. That’s very unintuitive for a handset that’s meant to be designed with ease of use as a priority. We also weren’t that keen on the dual use of the up and down buttons. As standard they’re used for moving through the menus, but if you press and hold them they allow you to access the contacts book and a predefined favourite tool (the calendar, calculator or picture gallery, for example). We felt these extra functions would have been better placed on dedicated keys. Also, the menus, although not that complex to navigate around, didn’t feel as easy to use as those on Doro’s 612. 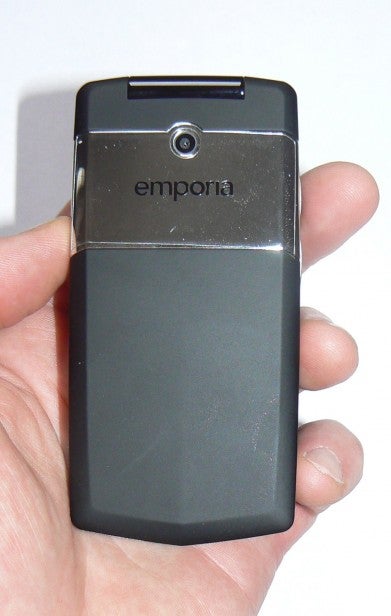 Elsewhere, though, there’s been plenty of attention paid to little details. For example, the vibration motor on this phone is more powerful than usual, making it easier to tell when there’s an incoming call or a new text message. Incoming calls and texts also trigger an LED on the front of the handset, so if you’re hard of hearing you can see you have a call even if you can’t hear the ring tone clearly.

The phone’s earpiece is also a fair bit louder than normal and as with the one found on Doro’s 612 handset, it doesn’t distort when it’s turned up loud, so it’s always fairly easy to understand what callers are saying. The earpiece is hearing aid compatible too and the phone also has Bluetooth onboard so it can be used with hearing aids that have a Bluetooth feature. 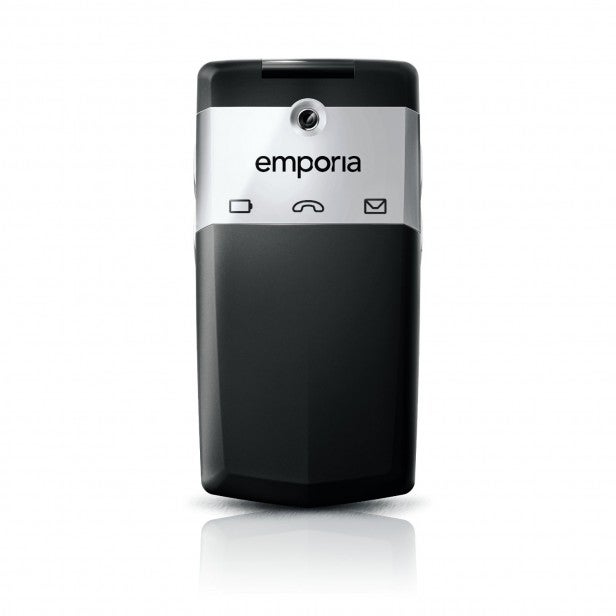 As the EmporiaCLICK is a relatively basic phone it’s no surprise to find that it charges up pretty quickly and then lasts for days on standby, or for a good few hours of talk time. Emporia quotes a talk time of four hours and a standby time of just over thirteen days, which seemed about right to us during our time with the phone.

The camera is pretty rudimentary, though. Photos are only captured at VGA resolution, so they look quite smudgy and lacking in detail. Colours aren’t all that accurate either and the camera really can’t handle low light situations. In dimly lit conditions pictures come out looking very, very dark, with lots of image noise. There also seems to be no way of getting photos off the phone and on to a PC, as it doesn’t have a microUSB port and doesn’t support photo transfer via Bluetooth. 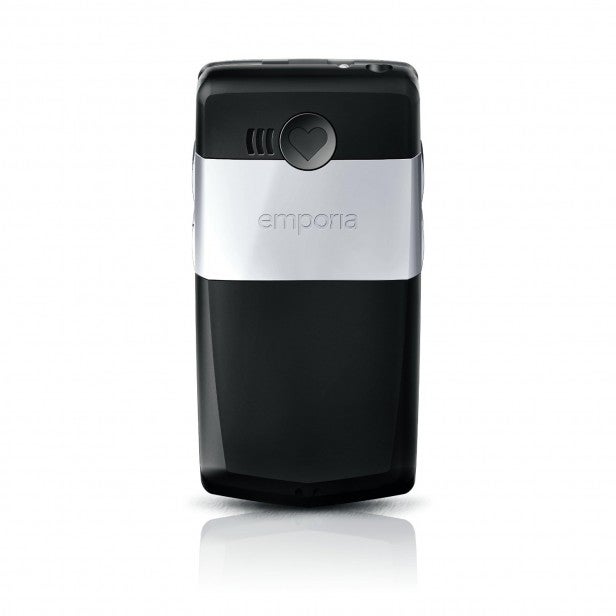 Verdict
The EmporiaClick has some nice touches such as the emergency button on the rear, built-in torch function and large, easy to use buttons. It’s very similar to Doro’s PhoneEasy 612, but is around £20 cheaper. However, it’s not quite as user friendly as Doro’s handset.