Emporia produces phones that are aimed at older people or those with issues or disabilities that stop them from being able to easily use today’s more complex feature phones and smartphones. The EmporiaCLICK that we’re looking at here is a clamshell handset with large buttons, the ability to adjust the size of onscreen text and an onboard camera. It’s pretty much a direct competitor to Doro’s PhoneEasy 612, but at £80 SIM Free it’s around £20 cheaper than that model.

In terms of looks, the EmporiaCLICK’s styling is a bit classier than that of Doro’s 612. Whereas the 612 looks slightly plasticky, the EmporiaCLICK has a more contemporary look, with a mirrored metallic panel on the front and a matte, slightly rubberised finish on the rear to make it less slippery than mainstream clamshell phones. 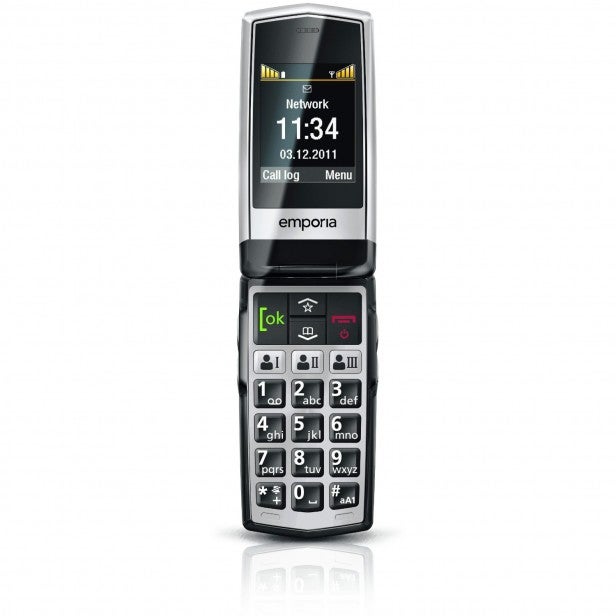 Of course, because this is a flip phone you don’t have to worry about locking the keypad to avoid accidental calls when you’re carrying it around in a bag or pocket. Once the phone is closed the keypad is locked away so keys can’t be accidentally triggered.

Flipping the phone open reveals a fairly large portrait screen that takes up most of the top part of the phone. Beneath this there are two call control keys as well as up and down buttons for moving through the menus. 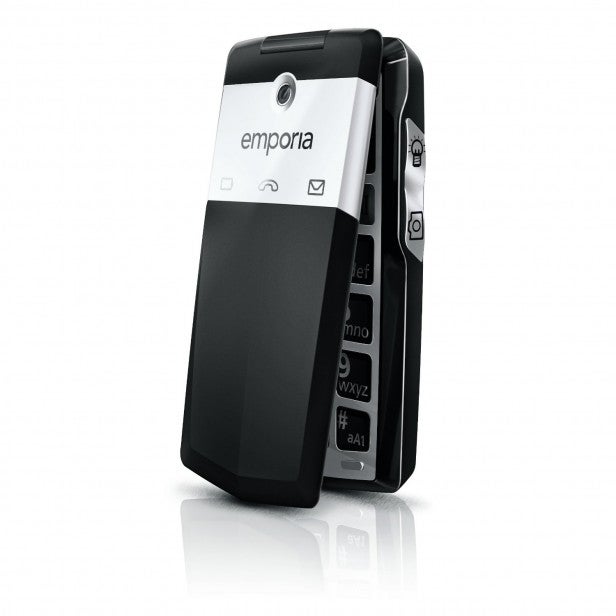 Emporia has also added three quick dial keys that you can associate with the contacts that you call most frequently. The buttons on the main part of the keypad are very large — much larger than those on a normal mobile. They have a little bit more travel, so it’s easy to tell by feel whether you’ve pressed them properly or just grazed the surface. The keys are marked with high contrast white text on a black background and are backlit to make them that bit more legible for those with sight problems.

On the left hand side there are two large up and down volume controls which are a bit easier to press than those on Doro’s 612, while on the right hand side there’s a dedicated button to launch the camera feature. Emporia has added a small LED torch to the top of the phone and above the camera button there’s a key to active this LED light. Holding it down lights the LED and letting the button go again turns it off. 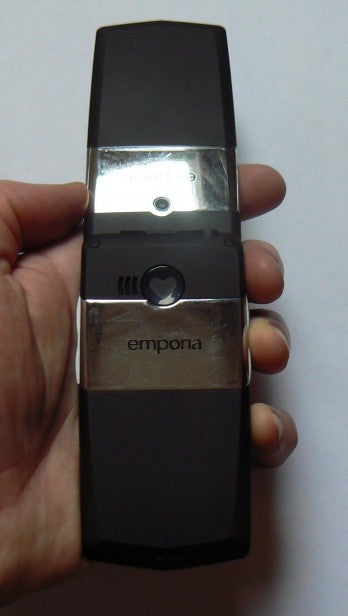 Flip the phone over and you’ll find another button that Emporia has dubbed the ‘call for care’ button. You can program five different emergency contact numbers into the handset and once the ‘call for care’ button is held down the phone emits an alarm to alert people who may be nearby, sends an emergency text to each of the five programmed contacts and then starts calling the these numbers in sequence until someone picks up. It’s a feature that’s also offered on Doro’s range of phones as well as on the Alcatel OT-282 handset, but it’s still a great idea, especially for the elderly who may live on their own. 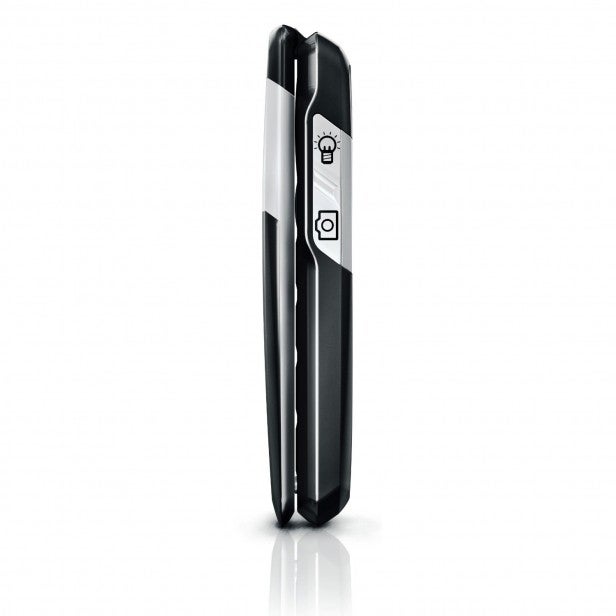 Emporia includes a charging cradle with the phone, so once the wall charger is connected to the cradle you can top up the phone’s battery just by plonking it in the dock. This will be much easier to do for those with dexterity issues than trying to connect up the charger’s microUSB plug to the socket on the phone.