Available on iOS
The thing about warmongers is, they’re only happy when the bullets are flying. As countless kings, queens and dictators have discovered over the centuries, once you send your troops into battle to conquer new land, it can be hard to call them off, if only for the sake of your own ego. The grass is always greener on the other side of the trenches, the enemy always has a few more trophies and trinkets ripe to be swiped. Calling a ceasefire when you’re on the ascent simply isn’t an option.

Little wonder that Zynga – one time mobile king, long since superseded by the likes of Supercell – has been looking out from its turrets with envy as the likes of Clash of Clans and Game of War storm into territories new. Empires and Allies is a direct response to that attack, taking the model honed by Supercell’s smash and giving it a lick or two of fresh paint.

In this case, Zynga has dressed its take on ‘strategy lite’ in some fairly generic modern warfare style clothes, tasking you with running and building up your own base whilst also launching attacks on enemy homesteads dotted around the globe. As with all such strategy releases, the bulk of your time is spent on the former, using credit and oil you amass to improve your defences so that you can, with any luck, withstand enemy attacks when they inevitably head your way. 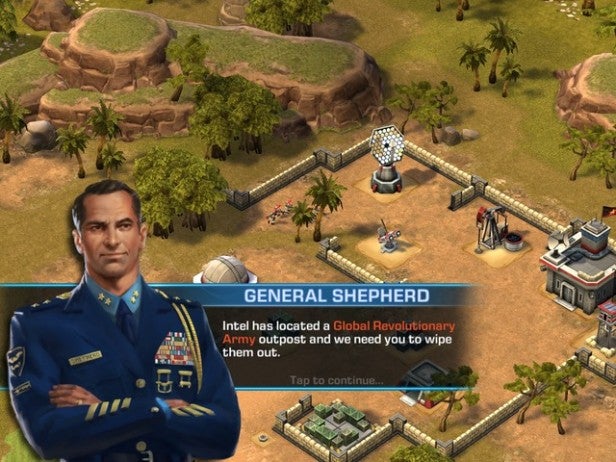 Empires and Allies keeps things relatively simple on this score. Though all elements of play naturally get a little bit more complex as you progress and unlock new items, your HQ is essentially surrounded by guard towers to fie on your foe, diggers for collecting and storing oil, and landing pads for your troops – troops that, in a nice touch that isn’t always replicated by others in the genre, only need replenishing if they die in battle, rather than as a matter of course.

Though it’s fair to say there’s only so much you can do in terms of the design of your base to make it a harder nut to crack, what you can do is use the currency you amass through both battles and the passing of time to upgrade everything, with Empires and Allies ticking along quite nicely if you choose not to part with your cash. It’s all a bit generic, it’s all a bit vanilla, with Empires and Allies doing nothing with the game’s visuals to in any way set it apart from the competition but, at the same time, taking no risks that could possibly dent the experience. 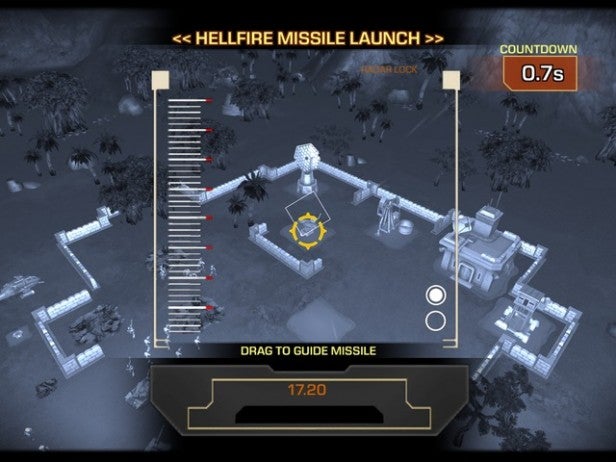 The battles themselves are similarly prudent, with only a slither of strategy required to come out on top. Air strikes can be used to clear any towers, while taking out the enemy with your troops recharges a gauge that allows you to call in air support again before the encounter is over. Take down your enemy’s base and Empires and Allies will instruct you to “build your momentum” by taking out several bases in a row, unlocking bonus loot from your raids if your successful in the process. Take out all the bases in one country and the territory becomes yours, with the idea being to slowly colour the world in a shade of blue David Cameron would most definitely approve of.

Throw in the ability to attack the bases of other players around the world as well as the A.I. controlled one, and you’ve got a game that encourages engagement from start to finish and, though not the deepest experience you’ll ever encounter on mobile, by and large has the goods to keep most gamers, casual to core, entertained. 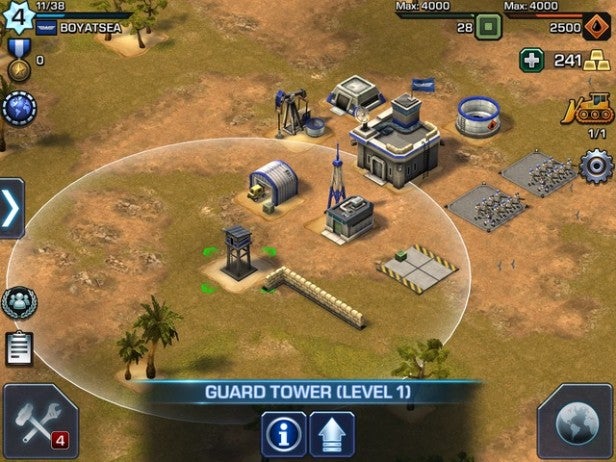 Where Empires and Allies risks falling down, however, is in the fact that it’s especially generic nature means that it’s hard to find a reason why you’d pick Zynga’s latest over the scores of other soft-strategy-sims already available on the App Store. Indeed, it’s not even on its own when it comes to its depiction of humdrum warfare – iOS is no strange for army versus army encounters, and that leaves Zynga’s effort looking a little vulnerable.

If you’re looking for a no-frills take on the strategy scene with guns, tanks and explosions galore, then Empire & Allies is a solid, inoffensive attempt to move in on enemy territory. Just don’t count on it having enough ammunition to completely blow you away.

Verdict
Inoffensive and safe throughout, the generic nature of Empires and Allies doesn’t exactly help set it apart, but it’s a nice little time waster that strings together short and simple strategy battles into an easy to digest global campaign.