A smart way of approaching comfort, the Embr Wave is a compelling device that could improve comfort by hacking the way we perceive temperature.

Available in the US now for $299, the Embr Wave currently doesn’t have a UK launch date, although the company is planning global expansion.

What is the Embr Wave?

Temperature is often a very personal thing: it’s possible to feel cold in a room that other people think is too hot. It’s those sensations that the Embr Wave is designed to combat, with the wearable able to hack the way that your body perceives temperature.

Developed by three MIT graduates, the Embr Wave is a wearable that’s designed to personalise temperature. Available in the US already, it was my first time of getting a go with the bracelet.

The aim of the Embr Wave isn’t to actually change your body temperature, but more how you perceive heat. Embr says the effect is similar to holding an ice cube against your wrist in hot weather or putting your hands around a cup of coffee in cold weather.

The Embr Wave can be set to generate a small amount of heat or cold, but the clever part comes from the way that the temperature is applied in waves. According to the company, using waves helps the process: your body gets used to a constant heat, negating the effect.

Research has shown that operating the Embr for three minutes is enough to give the perception of a 5-degree Fahrenheit change in temperature. 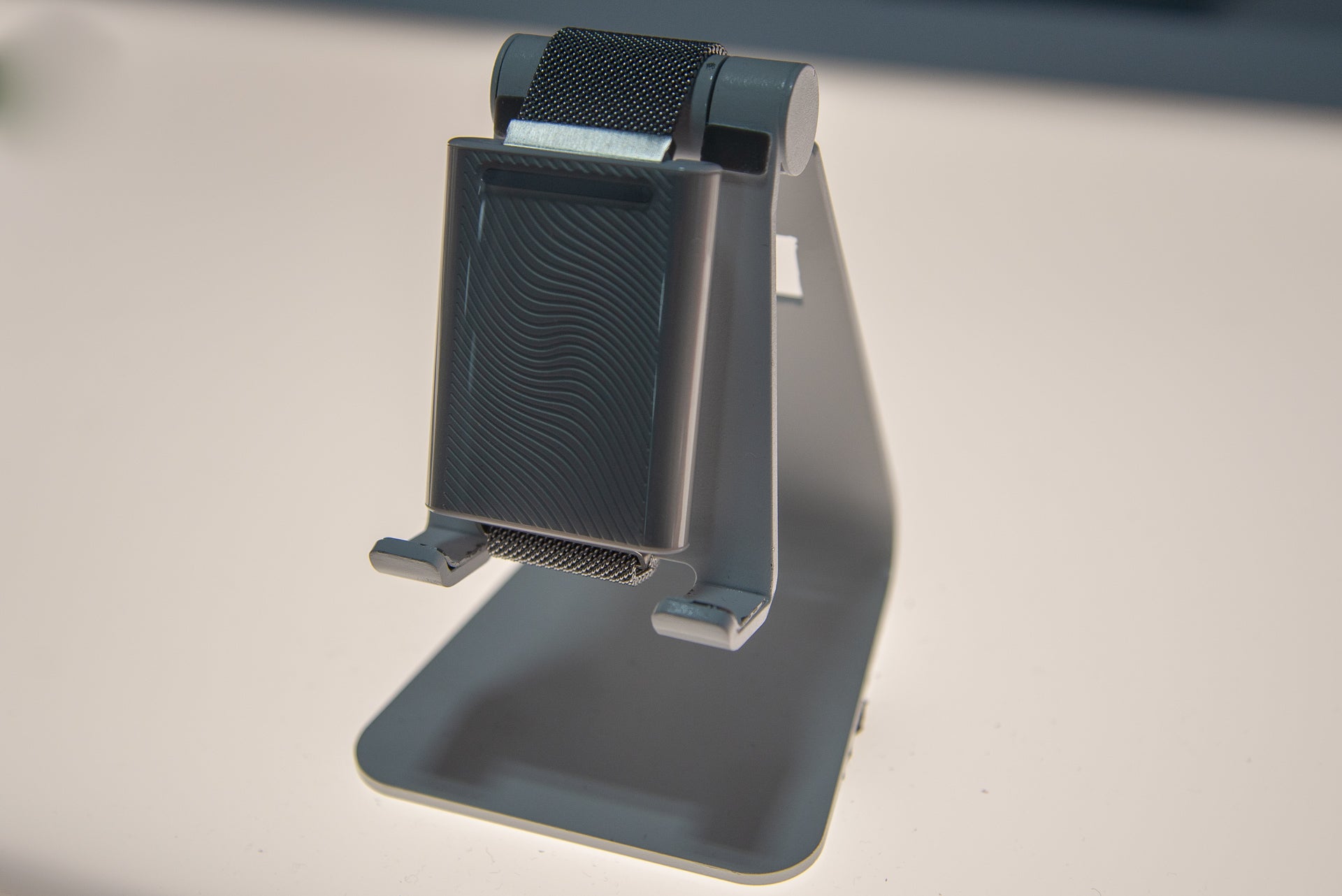 The Embr Wave slips onto your wrist and is best worn under the underside. It straps into place with the metal bracelet and magnetic catch, which look and operate much like the Apple Watch‘s Milanese Loop. Although I only had it on for 10 minutes or so, the Embr Wave felt comfortable enough and no different to wearing a watch.

An LED strip runs across the Wave, letting you select the cooling or heating modes: the light goes blue for cold and red for heat. The effect starts immediately. Starting with the cooling mode, a could feel a cool sensation on my wrist. Stood on the hot CES show floor, I could feel the cold sensation on my arm and I did start to feel more comfortable. 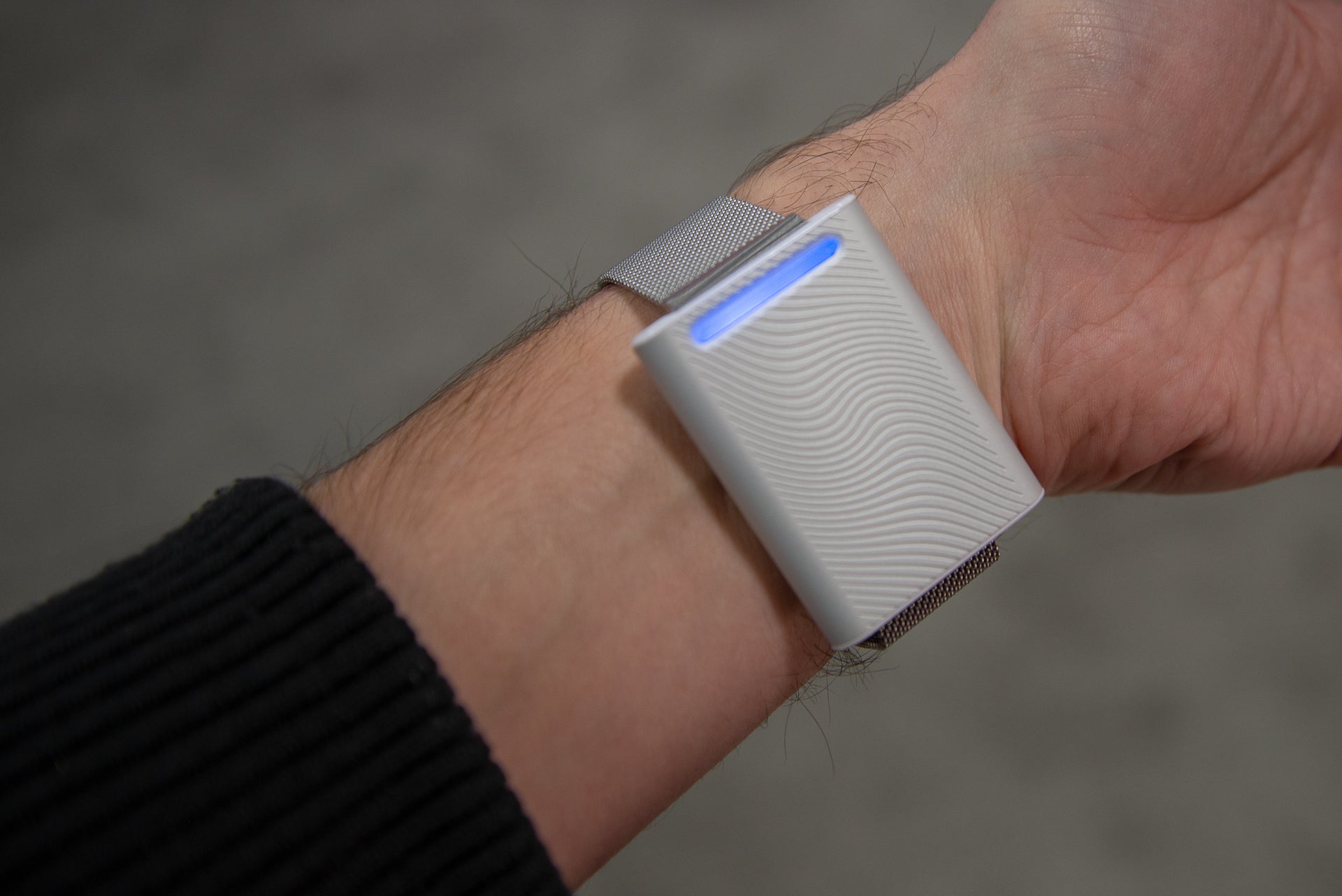 Switching to heat mode, the Embr Wave immediately started to feel warm on the wrist, but not uncomfortably so. The result was a warmer feeling through my body.

Controls on the wrist are very simple. You can hold own the cold or hot side to adjust the perceived temperature, but the cycle runs for three minutes for cooling and five for warming. Knocking twice on the Wave turns on extended mode, which lasts for 30 minutes.

Switching to the app, you get more precise control over the heating setting, letting you set the perceived temperature increase or decrease in Fahrenheit steps. More options are planned for the future with the company telling me that they’re looking at introducing a sleep mode, using the wearable to help get people to sleep more comfortably.

The Embr Wave lasts for 30 to 50 sessions, which translates to around two to three days of use.

Wearing the Embr Wave is slightly strange at first. You can feel it’s cooling (or warming) presence on your wrist but it’s subtle at first. The longer you have the device running and operating, the more you can feel it at work, slowly making the surrounding environment that bit more comforting.

Given how many places we go where we have no control over the environment, being able to make temperature control more personal is a great step.