What is the Elipson Alpha 100 RIAA BT?

Bluetooth speakers may be taking over from traditional hi-fi systems in more and more homes, but the vinyl revolution is showing no sign of waning. So what could make more sense than yet another mash-up of old and new in the form of a Bluetooth-streaming record player? The Elipson isn’t the only one on the market, but it is one of the most high-specced turntables to have a wireless connection.

In addition to a built-in phono stage and Bluetooth aptX, the Alpha 100 features an Elipson-designed tonearm and an Ortofon OM10 cartridge that’s a cut above the usual entry-level fare. 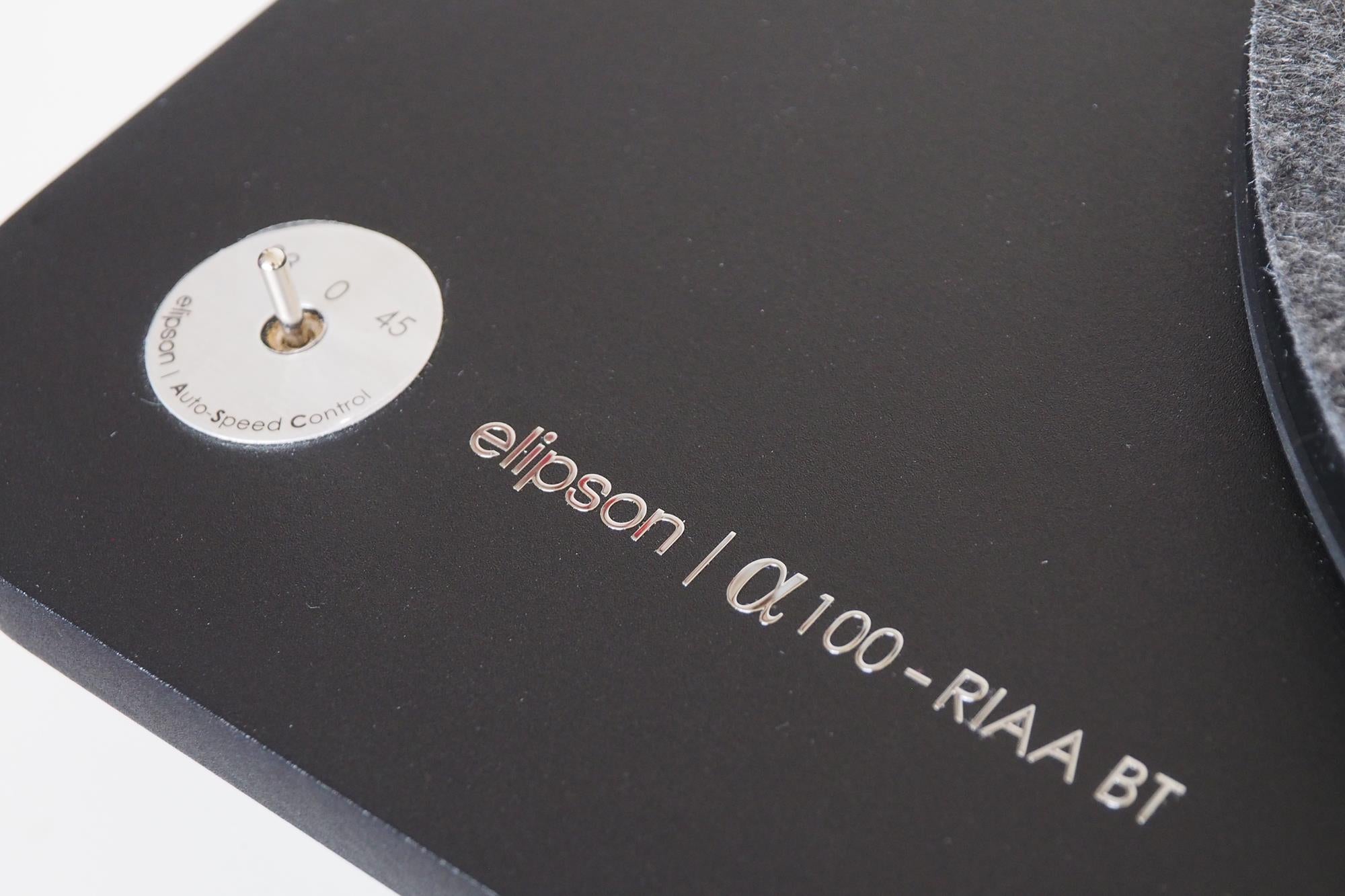 The Alpha 100 is pretty quirky by mid-range turntable standards. You might even say it’s typically Gallic, even without knowing that Elipson’s a French company. Those wide-radius corners and that scalloped underside of the plinth stand out like a sore thumb. I don’t mind them, personally, but those corners do result in an ugly dust cover. I’d leave it off and keep a duster close to hand.

The plinth appears to be moulded PVC, which is unusual at this price, and it’s fitted with four rubber feet. At the front left is a three-way toggle switch for power off/33rpm/45rpm.

The platter is black-anodised steel, topped with a grey wool mat, and driven by a rubber belt from an aluminium pulley. 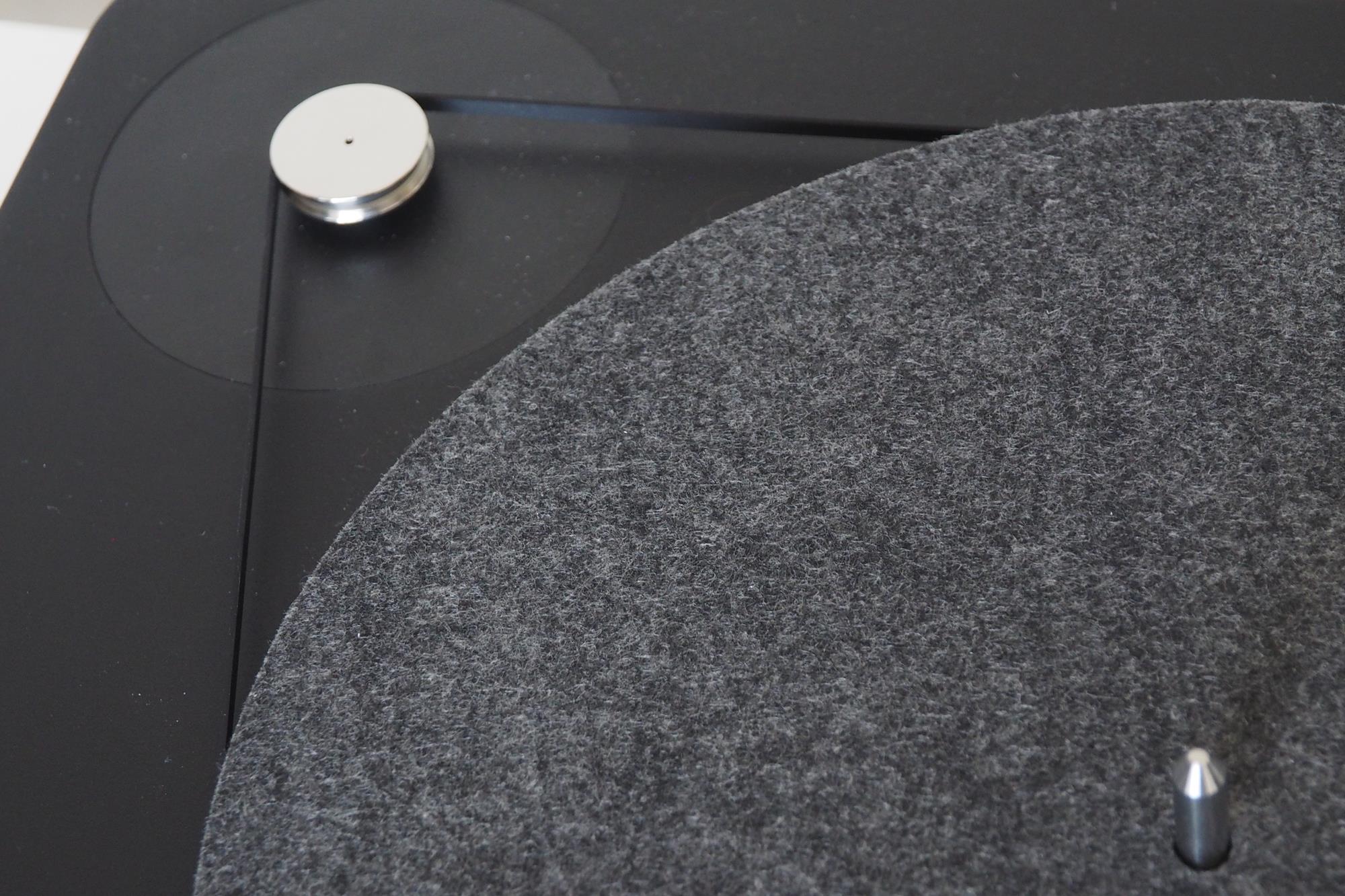 Again, the 9-inch tonearm isn’t typical for this price point, since the aluminium tube terminates in a moulded plastic headshell. It is pre-fitted with a decent Ortofon OM10 moving-magnet cartridge, though, and has a rather interesting orbital bearing assembly.

Around the back is the phono stage, which has RCA phono outputs, a switch for MM/MC (should you wish to upgrade to an MC cartridge at some point), USB output for recording to a PC, and the Bluetooth pairing controls. However, you can’t bypass the phono stage altogether, should you wish to use an external stage or plug into an amp with a phono input.

As mentioned, you get a hinged dust cover, which is easily removed. There’s also a rather nice-looking 45rpm adapter that sits on a peg under the tonearm, and a decent-quality RCA phono cable is included in the box. 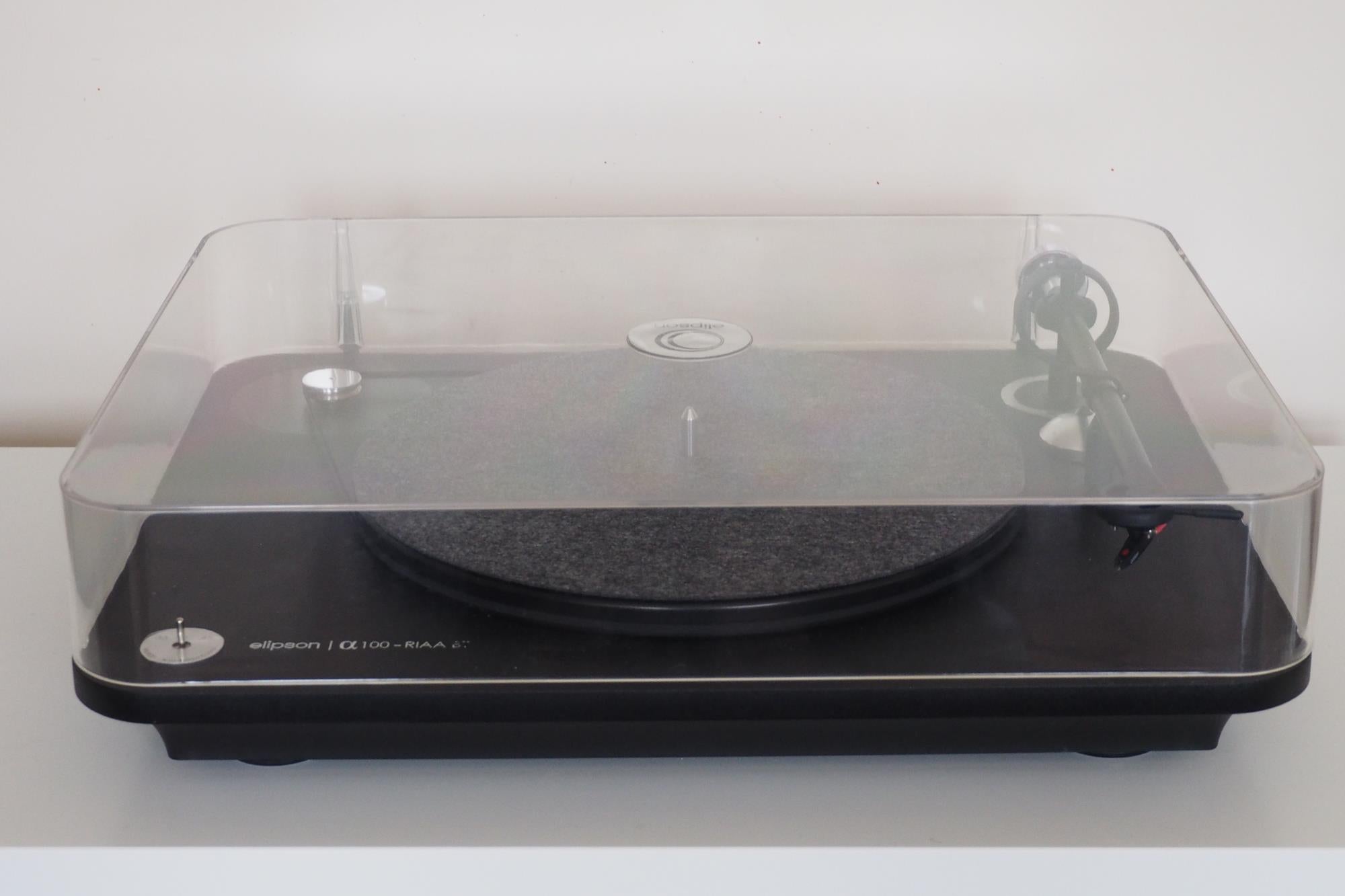 Out of the box, the Alpha 100 is pretty much all ready to go. The cartridge is pre-fitted and aligned, and the tonearm counterweight has been set to the correct tracking force. Really all you need to do is connect the rubber drive belt around the platter and pulley, plug into the mains and connect to your sound system.

Bluetooth pairing is very easy – just press the pairing button on the Elipson and do the same on your Bluetooth device. The Elipson’s blue LED will stop blinking and shine solid when you’re ready to go.

I tested the Alpha 100 connected via Bluetooth aptX to a pair of Ruark Audio MR1 Mk2 speakers or a Chord Hugo DAC, as well as wired directly to a Leema Acoustics Tucana II Anniversary amp in my main hi-fi system. 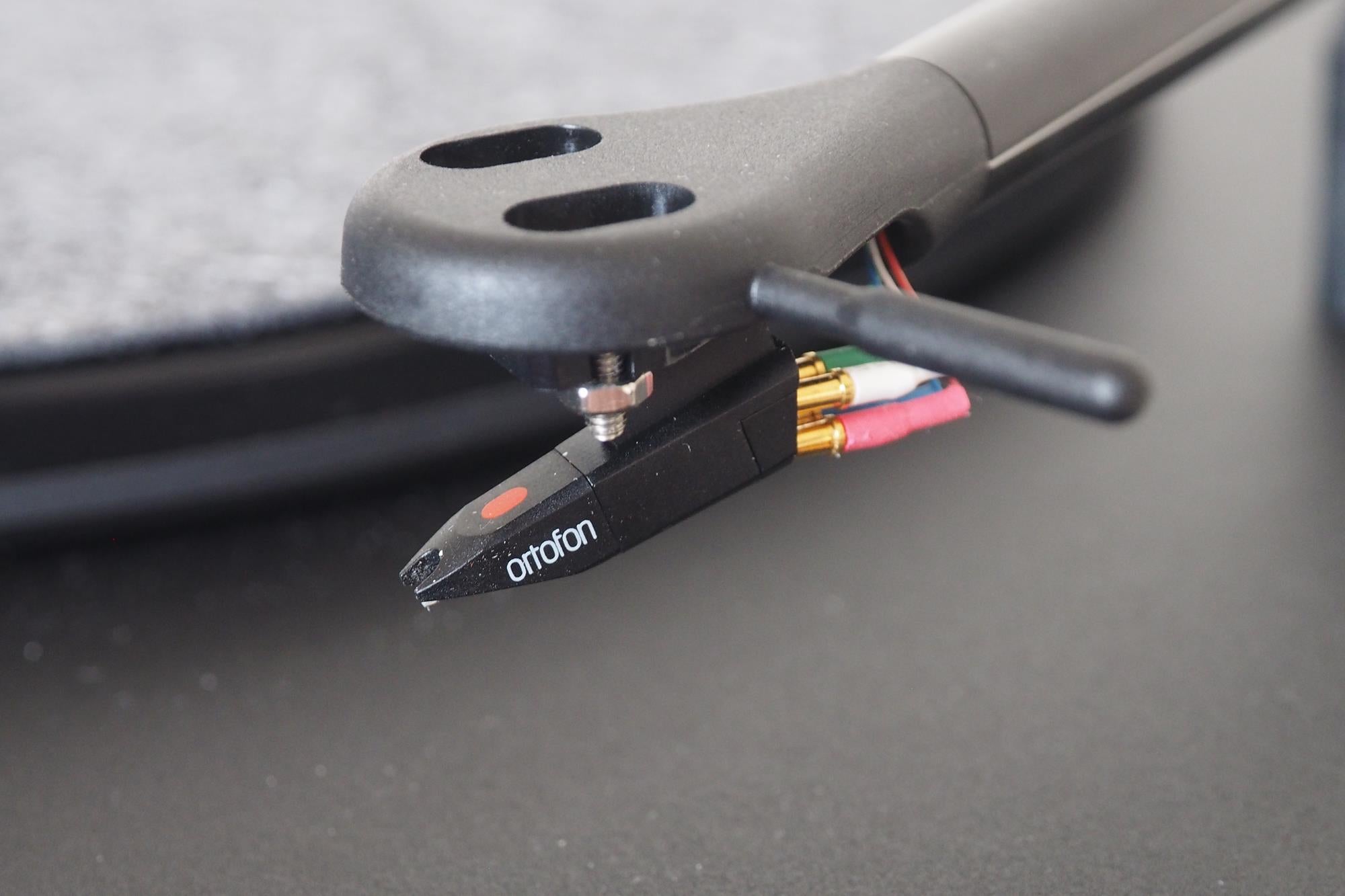 Sound quality is pretty impressive, with the Alpha 100 seeming to get very nearly the best from the Ortofon OM10. There’s excellent detail resolution from both the treble and mid-range, as well as a more solid soundstage and a touch more warmth than you’ll find from the legion of entry-level record players sporting Audio-Technica AT91 cartridges (and their derivatives). Bass is also dug out to a reasonable level and stays relatively taut.

The sonics are only held back by a lack of dynamism, with snares and hi-hats not ticking along with the enthusiasm you get from rival Rega turntables – even the entry-level Rega Planar 1. This is emphasised a little further via the Bluetooth connection, which is decent and stable, but a little lacking compared to hard wiring. 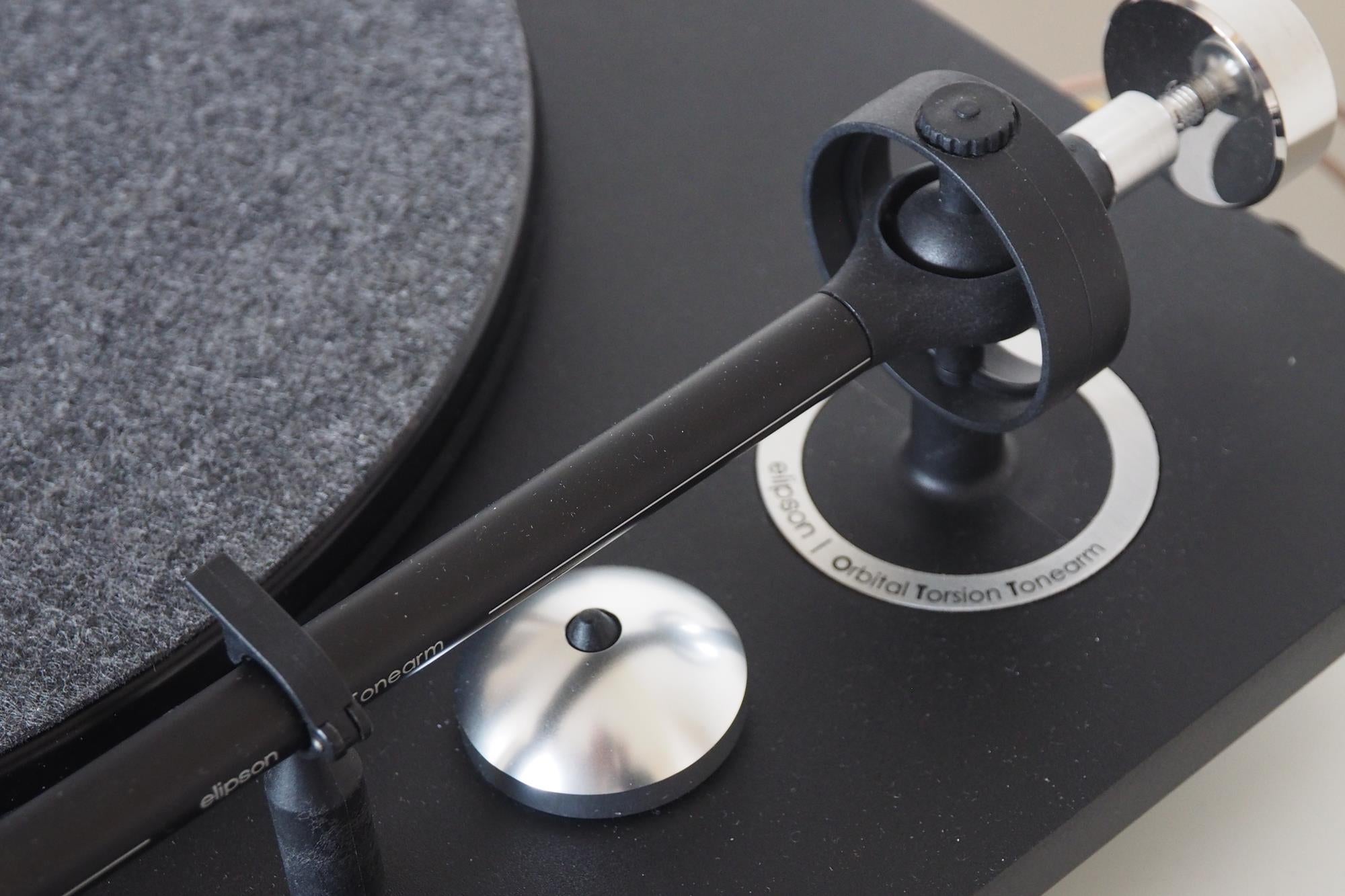 Should I buy the Elipson Alpha 100 RIAA BT?

If you really must have a wireless turntable, this is currently the best of a fairly limited selection. The Audio-Technica AT-LP60BT is rather unsophisticated and un-hi-fi by comparison, while the quirky Pro-Ject VT-E BT vertical turntable is fiddly and sounds less refined.

If you stick to plain old wired record players, the Rega Planar 2 and Pro-Ject Debut Carbon DC are both outstandingly good for less money, although require the addition of an outboard phono stage.

The best Bluetooth record player so far – although unless you really must connect wirelessly, there are alternatives offering more exciting sonics.