IPTV, the ability to get TV programs over the Internet or your home network, has moved on leaps and bounds recently. With all the major TV channels providing catchup services like the BBC’s iPlayer and Channel 4’s 4oD, it’s never been easier to keep up with all your favourite shows. Likewise, services such as Apple’s iTunes, and LoveFilm’s download service mean you can now buy or rent downloadable films very easily. However, what if you simply want to watch what’s on telly right now on your laptop – if you’re down the bottom of the garden, say, or in a room without an aerial socket? That’s where the Elgato EyeTV NetStream DTT comes in.

This tiny little silver box takes a feed from your aerial then spews it back out to your home network. Just plug in the mains, aerial and network connections and the box is setup and running. To then get a feed on your computer you simply install the driver and you can then use the provided software to watch the feed or install the Windows Media Center plugin to watch it through that interface. 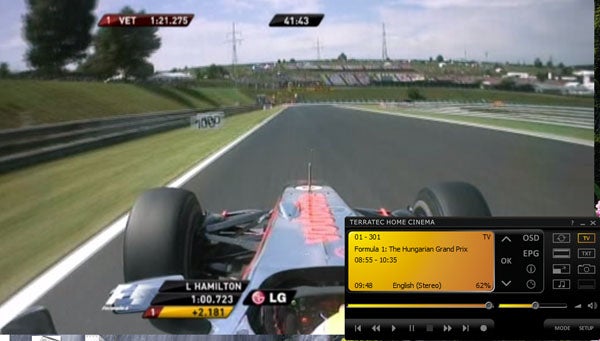 The provided software is actually made by Terratec and is called simply ‘HomeCinema’. It lets you configure all manner of settings including recording format, timeshift buffer, recording location and which sound device to use, and has various plugins for accessing EPGs and internet streaming services. It’s simple enough and seemed reasonably stable but it’s rather inelegant and, primarily due to trying to do too much at once, somewhat unintuitive. 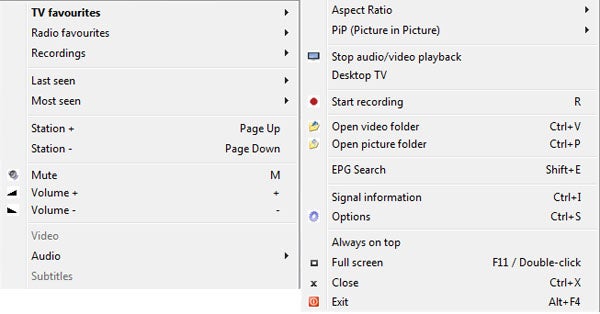 On the other hand, the Windows Media Center plugin works a charm. The software sees the NetStream DTT as just another dual-tuner so once installed you simply go the TV setup tab and start tuning the channels. Once done, head to the TV section and start watching. 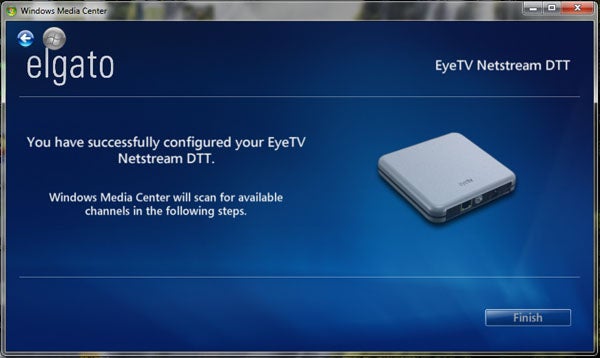 All the usual Media Center features are fully integrated so you can watch, pause, rewind, and fast forward one channel all while recording another, or simply record two channels at once. You also get all the slick menu overlays, the EPG options and everything else that makes Media Center so great to use. 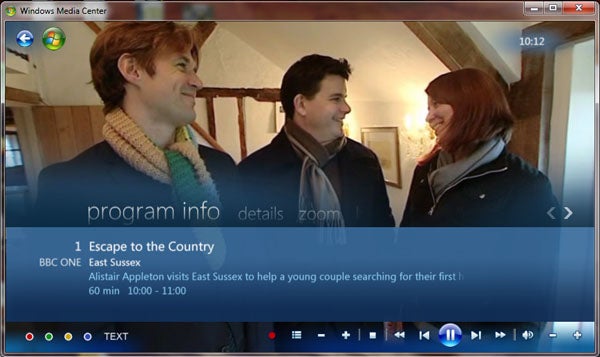 Quality is very good whichever method you choose to watch the stream. It’s probably not comparable to the best dedicated TVs, but motion is smooth, doesn’t look overly blocky or compressed, and audio and video syncing is spot on. Certainly for watching on a computer, it’s absolutely fine. 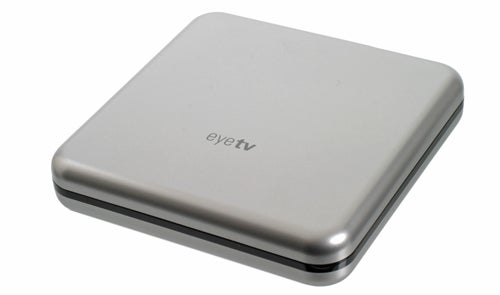 Given there are no controls on the NetStream DTT and there’s no other reason not to simply shove it behind your TV or in a cupboard, we wouldn’t be that fussed if it were dog ugly and was built of cardboard. Thankfully, though, it is of higher quality than that. With dimensions of 118 x 118 x 24mm, it’s nice and small and is very solidly put together with a nice simple silver finish. Just a single light on the front flashes green when on and orange with network activity – it isn’t very noticeable or distracting.

There are only two obvious downsides to the NetStream DTT then, and they are its lack of inbuilt Wi-Fi and no support for Freeview HD. The former is somewhat annoying, but given that the vast majority of home broadband modems and routers have both Wi-Fi and wired networking capabilities it’s a minor snafu, to our minds.


As for the lack of Freeview HD, well Elgato sneakily says the box supports Full HD playback broadcast over DVB-T (720p or 1080i HDTV, MPEG-2 as well as H.264/AVC), but as a foot note points out that Freeview HD isn’t broadcast in this way, so the HD claim is rather null and void. This aside it’s hardly something we can hold against the company. Yes it would be nice, but Freeview HD is only just becoming available and even then there’s very limited HD content. We’d certainly want to see it in a future Netstream DTT HD version, but for now standard Freeview more than does the job. 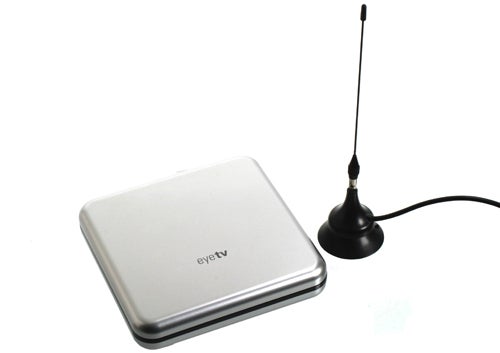 Of course, one area where Elgato could’ve slipped up is in pricing and to a certain extent it has. At around £170, it’s an expensive product, considering a standard dual tuner USB stick or expansion card is around £50 or less. As such it’s certainly not something we’d recommend as a “kinda useful” buy for the general user. However, if you ”need” such a service, it works very well and is still easy to recommend.


If you’ve been looking for an easy way to watch live local TV on your laptop or remote computer then look no further than the Elgato EyeTV NetStream DTT. It is expensive, but if you’re in need of such a product it’s still well worth considering.