What is the Elgato Eve Room?

The Elgato Eve Room is an Internet of Things device – a smart home gadget capable of measuring indoor air quality, temperature and humidity. In addition, with it you can view that data from anywhere using your smartphone.

Arguably the most interesting aspect about the Eve Room is that it’s the first such device to support Apple HomeKit. It’s a handy little unit – but it isn’t especially smart since it’s Apple-only; there’s no support for Android as yet. There’s certainly potential here, but a little more work is needed. 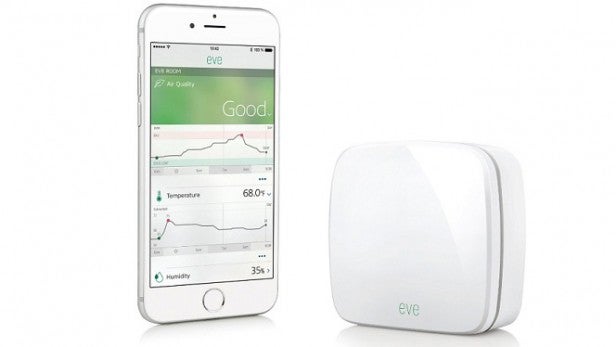 There’s not much to say about the design of the Eve Room, except that it’s a white, plastic box with a footprint the size of a coaster. It’s inoffensive – and easily hidden on a window ledge or in a discreet corner.

The Eve Room is simple to set up. Enable Bluetooth on your phone and start the Eve app to automatically connect – the Eve Room uses the Bluetooth 4.0 Smart standard, often referred to as Bluetooth LE or “Low Energy”.

Once connected, you’ll be prompted to enter a code, which you’ll find on a sticker attached to the Eve Room. This identifies the Eve Room as a HomeKit device. The app will then walk you through the process of creating rooms and selecting where in your home the Eve Room sits. That’s all there is to it. 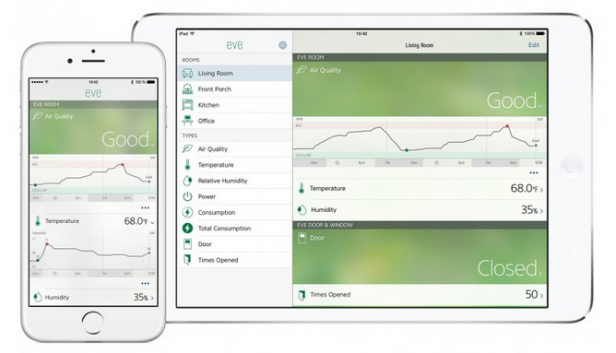 Well, not quite. Bluetooth 4.0 Smart is wonderfully efficient – the Eve Room should run for three months or more on its three AA batteries – but it isn’t Wi-Fi. In order to access the Eve Room remotely outside the range of Bluetooth you’ll need Apple TV.

But this isn’t a huge problem – simply log into your smartphone and Apple TV using the same iCloud account. This is one of the features of HomeKit, which uses the Apple TV as a kind of hub for the smart gadgets that lack WiFi.

Although this might seem like an imposition in the short term, if your intention is to adopt HomeKit to make your home “smart” then an Apple TV will be a necessary investment. Third-generation Apple TV’s are fine here, but if you don’t have one already then you should wait for upcoming fourth-gen version.

Related: How Apple, Google and Samsung want to take over your home 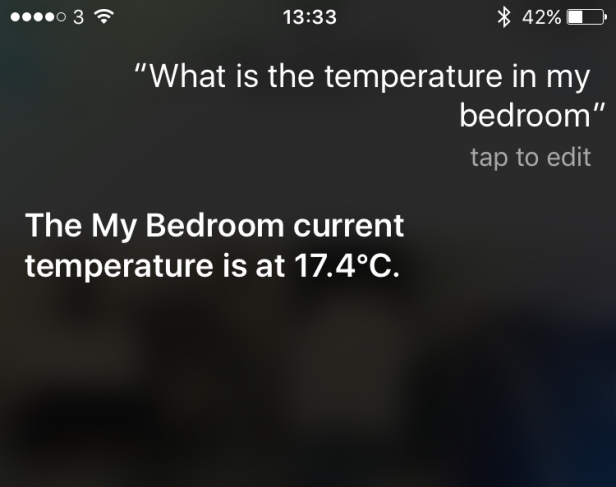 HomeKit support also brings Siri integration. Ask “Hey Siri, what’s the temperature in My Bedroom?” and it will return the answer. This works fine, but it’s about as exciting as the Eve Room gets at present.

While HomeKit lets you create rooms, zones and actions, there isn’t much you can do without a larger ecosystem of similar devices to work with it. Moreover, the Eve Room lacks basics such as the ability to set alerts and thresholds. It can record – but that’s about it.

Which begs the question, is the Eve Room actually useful?

Well, yes and no – the answer is very much dependent on your needs. As a way to track and record conditions in your home, it does a good job. Its air quality measurements are a useful reminder to open a window, for example, and I find the humidity reading helpful now that we’re entering the winter months – too high a reading is a bad sign. 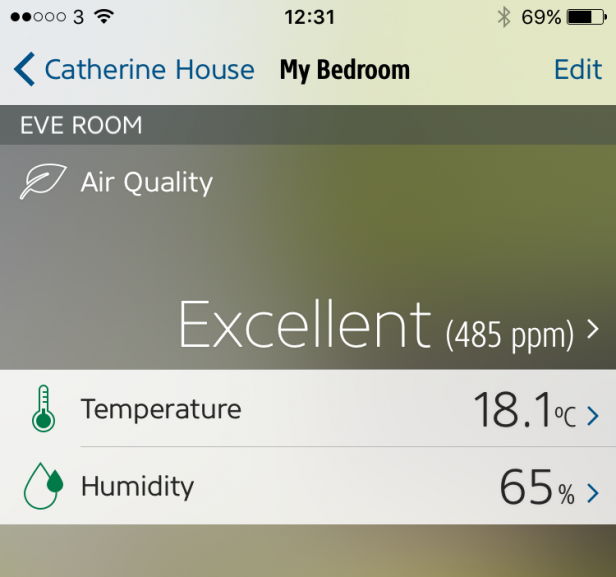 The graphs produced in the app provide an insight into trends, too, which is useful for setting up a programme for your heating, for example. And, having compared the results with a couple of different sources, the readings seem accurate. But the lack of smarter, more dynamic alerts and actions makes this ability limited.

An IFTTT channel – If This Then That – would make all the difference when it comes to interfacing with devices outside of HomeKit, but the Eve Room doesn’t have that either. There’s much more Elgato could do. 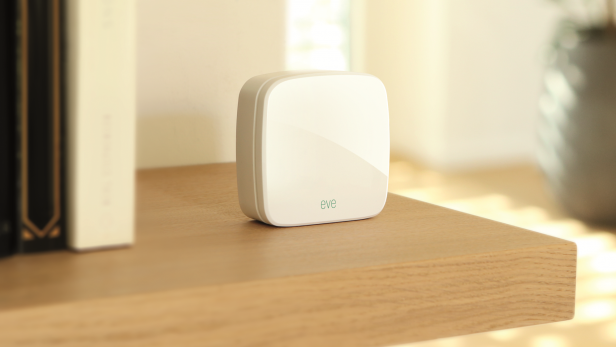 Should I buy the Elgato Eve Room?

I rather like the Eve Room: it does something I find useful, it’s easy to use and simple to set up. But it’s a niche item – not least since it’s Apple only.

If you’re simply after a device that will record the conditions of a particular room or area then it will fulfill that remit fine. But for a device that will send you alerts, and offers the capability of triggering other devices, the Eve Room falls short.

It’s a useful barometer for the potential and simplicity of Apple’s HomeKit, but it isn’t smart.

It does what it says on the tin, but for the price it’s limited.