What is the Elephone S8?

The Elephone S8 may share its moniker with Samsung’s latest flagship, but Chinese manufacturer Elephone isn’t a household name yet, at least in this part of the world.

Famed for its low-cost devices – which often bear more than a passing resemblance to rival phones – Elephone has traditionally focused on offering impressive specs and power for a budget price. The S8 is no exception; it boasts a fantastic quad-HD resolution display which is almost entirely bezel-free.

Retailing at around £180, the S8 certainly packs a punch when compared to the Android budget competition.

While the use of glossy, fingerprint-attracting plastic on the back of the device is disappointing, the chassis is aluminum and gives the phone a reassuring heft. The volume and power buttons are both metal too, and can be found on the right-hand edge of the handset.

The SIM card tray (which can accept two different Nano SIMs at once) is on the left edge, while on the bottom you’ll find the USB Type-C port and the single speaker. There’s no 3.5mm headphone socket, but Elephone has included a USB Type-C to 3.5mm port adapter so you can still use your old cans. 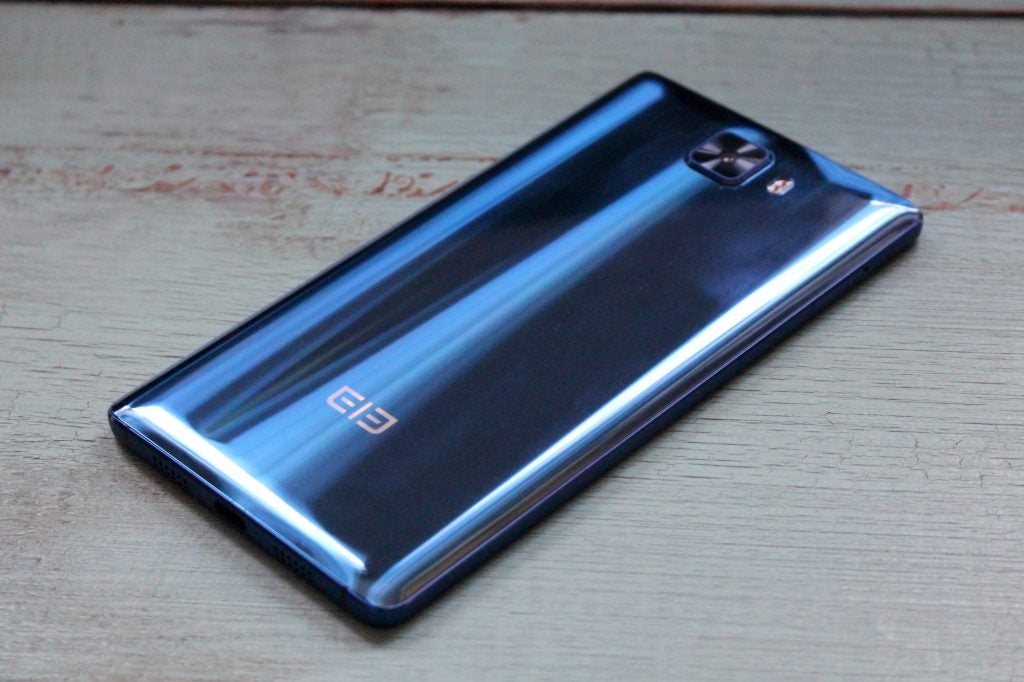 The home button hides a surprisingly swift fingerprint scanner, which performed flawlessly during our review. There are no ‘multitasking’ or ‘back’ buttons; instead, all of these commands are accessible via the home button. A single tap takes you one step back in the UI, while a double tap returns you to the main home screen.

Holding your finger on the scanner opens the multitasking app menu. How you’ll feel about this change is all down to personal taste – I quite liked the fact that I didn’t need to keep moving a finger to the sides to access these commands – but if you simply can’t live with it then there’s the option to enable on-screen commands (like you’d get on a Pixel phone) in the settings menu.

The first thing that hits you when you pick up the Elephone S8 is that massive 6-inch, 2K resolution screen, which fills almost the entirety of the phone’s front.

True to form, Elephone has been a bit cheeky here and copied the design of the Xiaomi Mi Mix, so while it’s almost bezel-free for the most part, at the bottom there’s a space for the home button and the 8-megapixel front-facing camera (the recent Maze Alpha opts for a largely similar design). Because the selfie cam is on the bottom edge of the handset, you have to turn it upside down to take a shot, which takes some getting used to.

With its 2560 x 1440 pixel resolution, the screen on the S8 is undoubtedly the star of the show. Not only is it pin-sharp, colours look vibrant and contrast is excellent. Viewing angles are rock-solid, too. 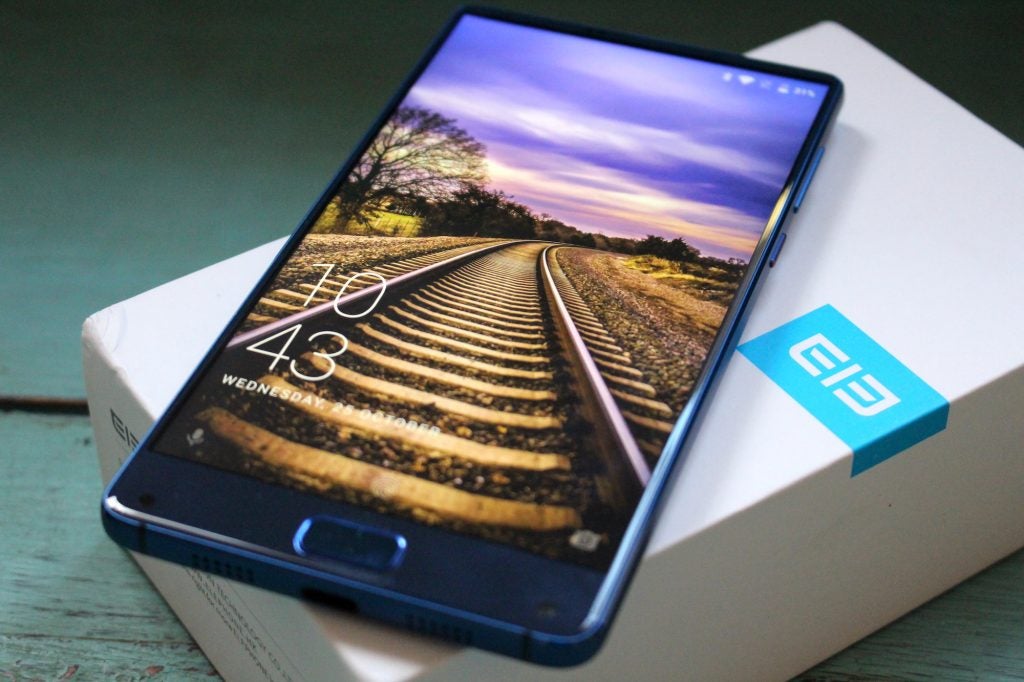 When you consider the low price of the phone, the fact that it comes with such a respectable display is remarkable. Even when set to quite a low brightness, the screen remains punchy and impressive.

On a £800 phone, we’d be heaping praise on this panel, but on a sub-£200 device it’s nothing short of incredible, and shows just how far these Far Eastern budget brands have come in a relatively short space of time.

As is the case with so many Chinese Android phones, the Elephone S8 comes with a mostly stock version of Google’s mobile OS. It’s running 7.1.1, so it’s not quite on the cutting edge, but it will be up-to-date enough for most users.

While there’s no custom UI to speak of, the S8 is lacking some key Android apps – such as Google Drive – out of the box, so expect to download these on day one if you’re a heavy user of Google’s app ecosystem. The default home launcher is a bit of an odd one, as it lacks Google Now functionality. Thankfully, you can install the Google Now launcher – which is available free of charge from the Google Play Store – and turn your right-most home screen into a cascade of information. 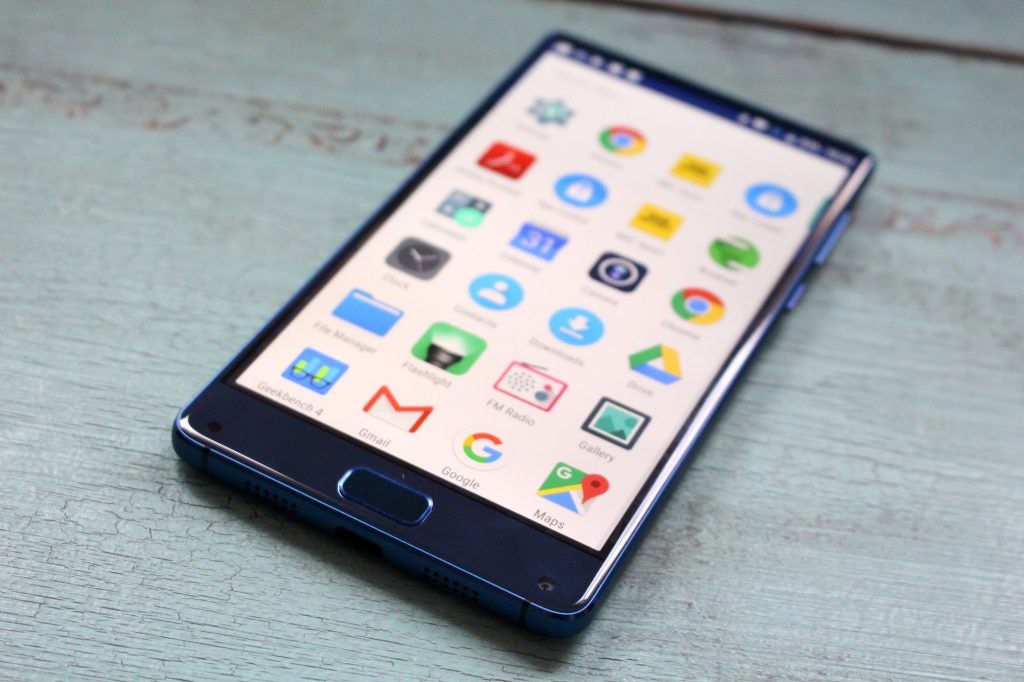 In terms of unique features and apps, the S8 does have a few to offer. App Locker allows you to restrict access to certain applications via a password or pin, while the Elephone Service app is a quick and easy way to give feedback about your device to the manufacturer. In the settings menu, you’ll find new features such as DuraSpeed – which boosts performance by restricting background application activity – and gesture commands that enable quick access to core functions, such tracing three fingers down the screen to take a screenshot.

Outside of these oddities, what we have here is a pretty vanilla Android experience, which is definitely a good thing. Elephone also seems to be pretty aggressive with OTA firmware updates – we got two during the review period – which bodes well for the future of the handset.

A MediaTek Helio X25 deca-core CPU is running the show here, and while this isn’t a setup which is likely to trouble flagships handsets from Sony, HTC or Samsung, it’s more than adequate for most users. With 4GB of RAM keeping things ticking over, I didn’t notice any sluggishness or awkward pauses during typical day-to-day usage and the S8 was capable of toggling between applications easily, even quite demanding processes like playing back HD video on YouTube.

The one area where the phone’s power was perhaps called into question was mobile gaming; when it came to playing some intense 3D titles the phone didn’t deliver a particularly smooth experience. For less demanding titles, this isn’t a problem, but if you’re a fan of the likes of Real Racing 3 or Dead Trigger 2 then you might find the jerky frame rate disconcerting.

The S8’s single speaker is another mild disappointment; it showcases a lot of distortion at high volumes, so if you’re going to watch movies or listen to music on it, you’ll almost certainly want to use a pair of headphones, be they wireless Bluetooth or connected via the aforementioned USB Type-C to 3.5mm dongle. 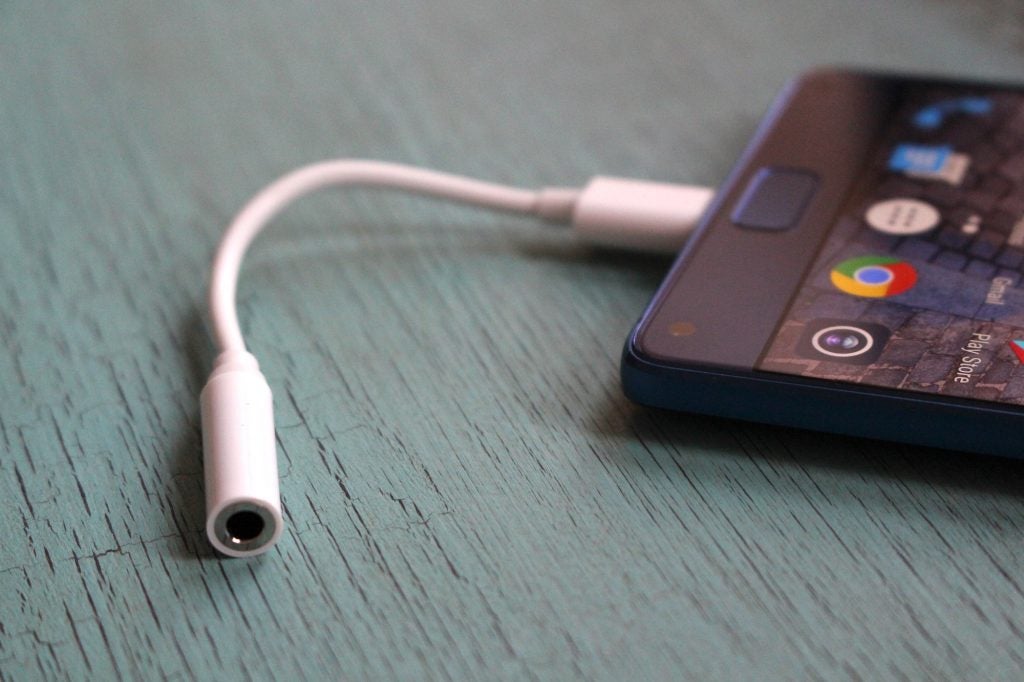 During calls, I found the tiny earpiece – situated at the top-most ‘bezel-less’ edge – to be lacking in power, and this made it difficult to hear what the other person was saying, especially when making a call outside in a busy environment. This is sadly one of the consequences of having those tiny bezels all around the screen. During calls, reception was decent enough and call quality was acceptable.

Frustratingly, the Elephone S8 lacks NFC, which means it can’t be used to make mobile payments in shops and stores. This is rather puzzling, as Elephone included the tech in the Vowney, one of its more recent flagship handsets. It’s understandable from a business perspective, as NFC hasn’t taken off in China as much as it has in the west, but we’re increasingly finding it something we can’t live without, so the omission here is disappointing.

Surprisingly for a Chinese-made phone, the Elephone S8 doesn’t jump on the dual-camera bandwagon and instead chooses to focus on a single snapper. 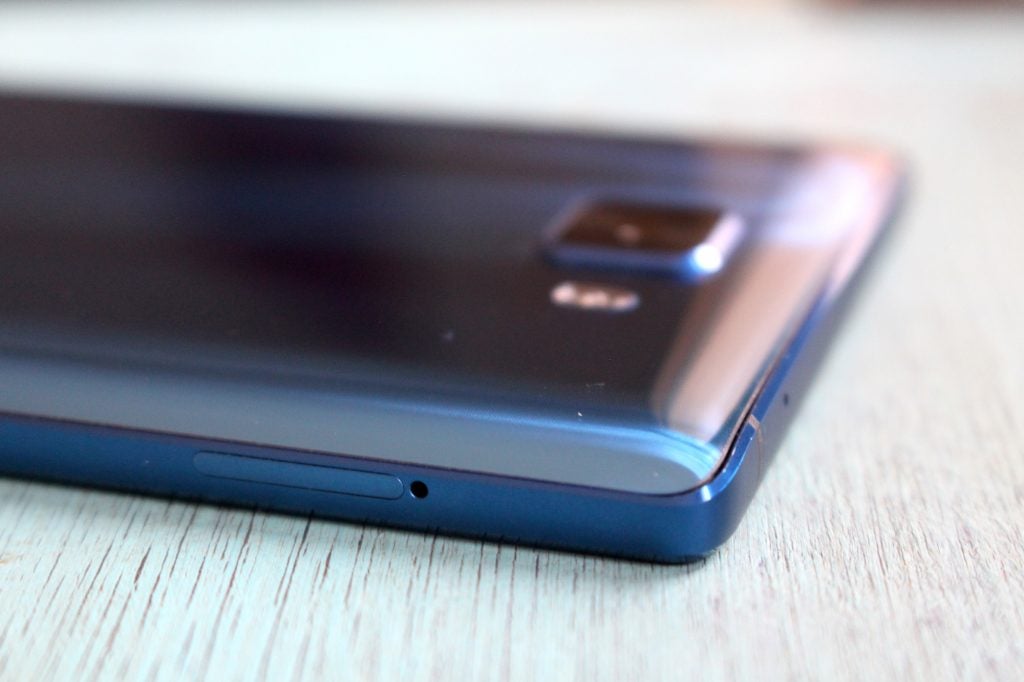 The 21-megapixel sensor is, according to the marketing material, designed to maximise detail in low-light environments. While the quality of the captured images is decent enough, with minimal compression and good colour replication, it takes so long to focus and capture a shot that most of the time it’s almost impossible to get the snap you want. 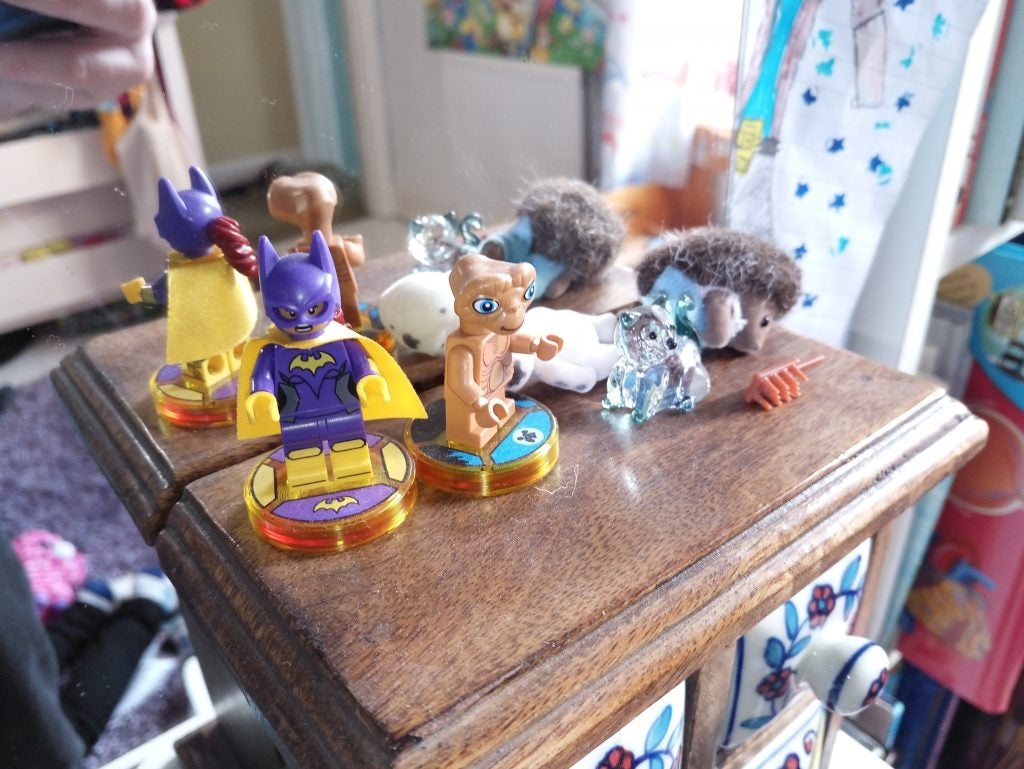 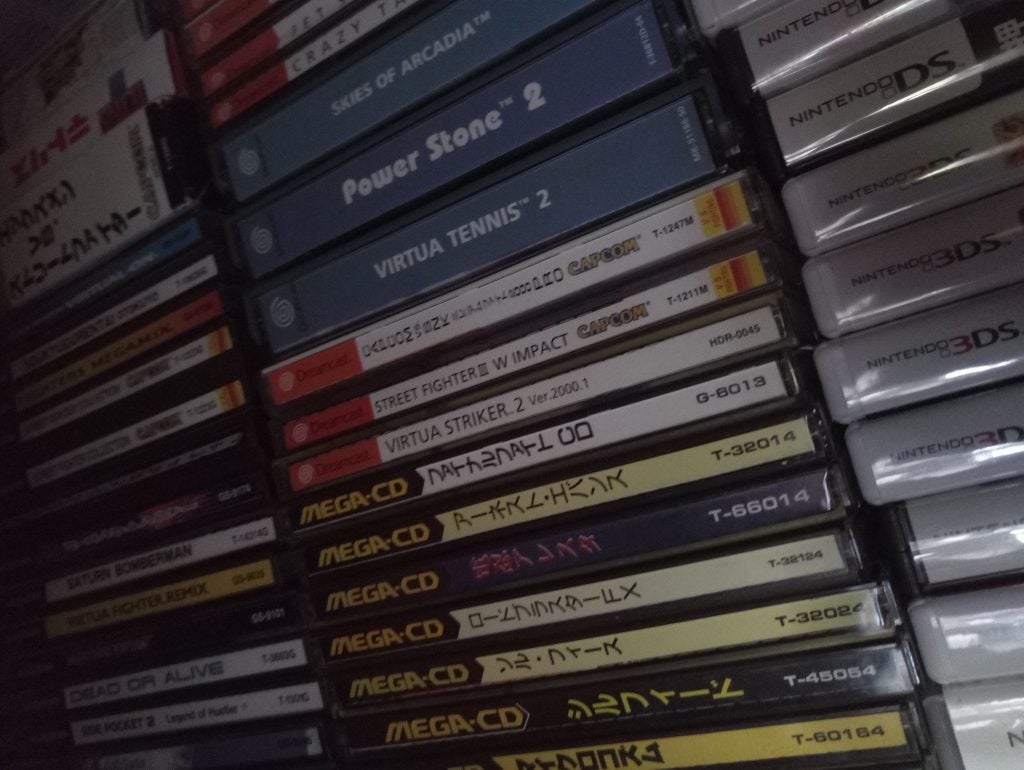 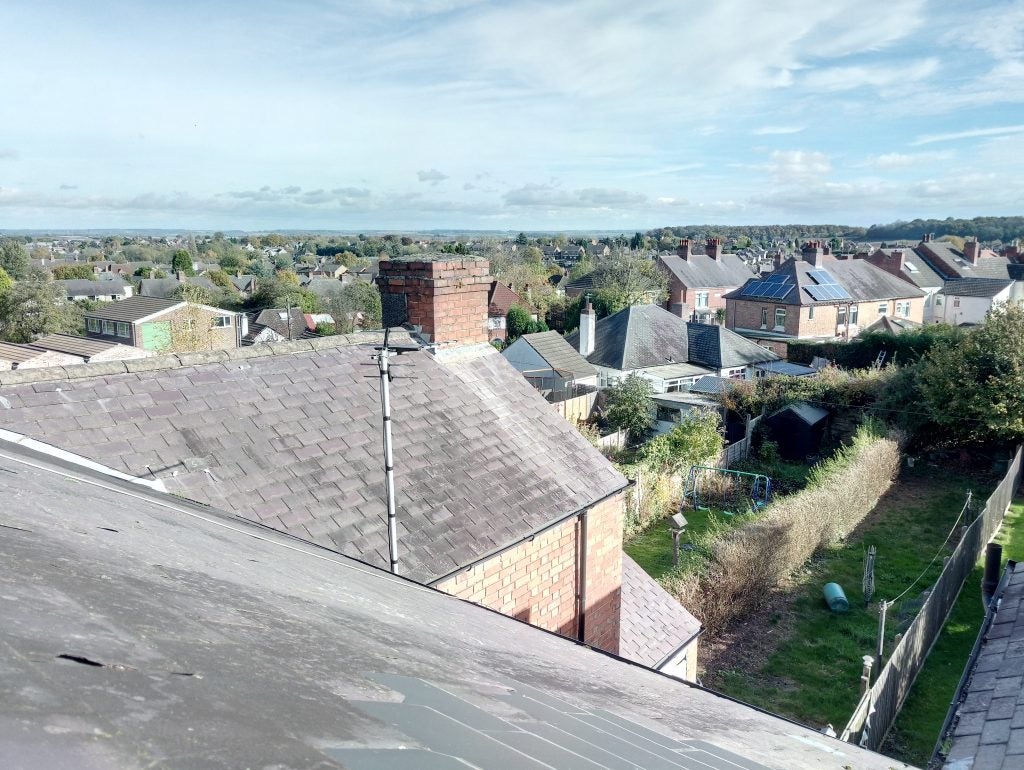 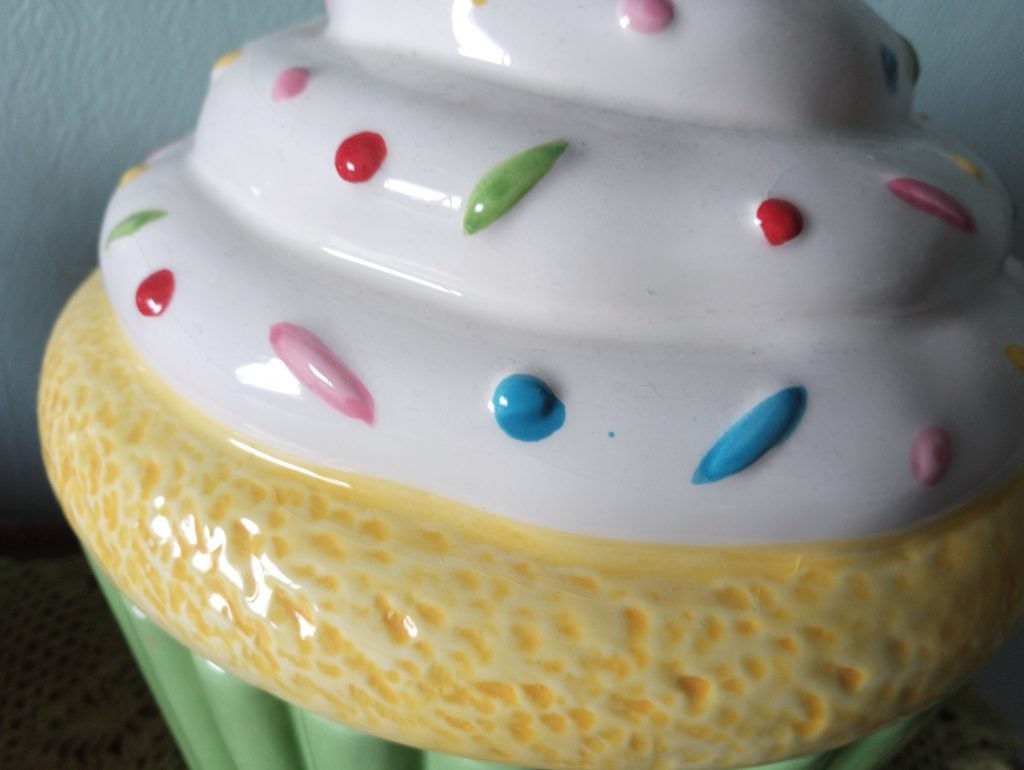 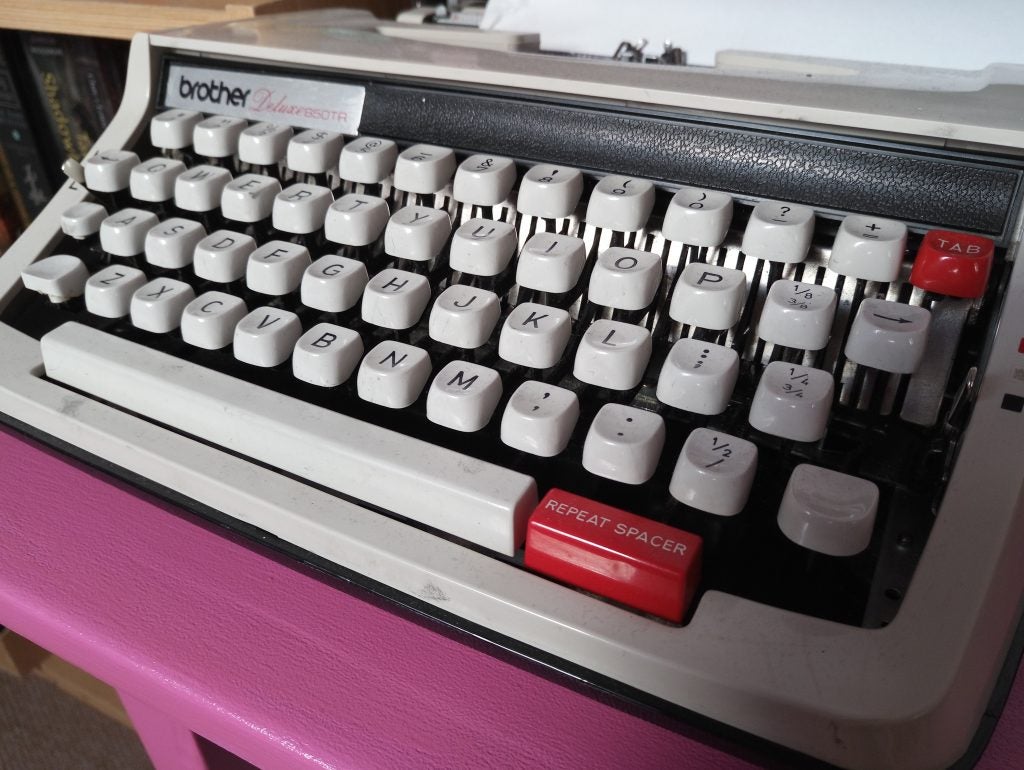 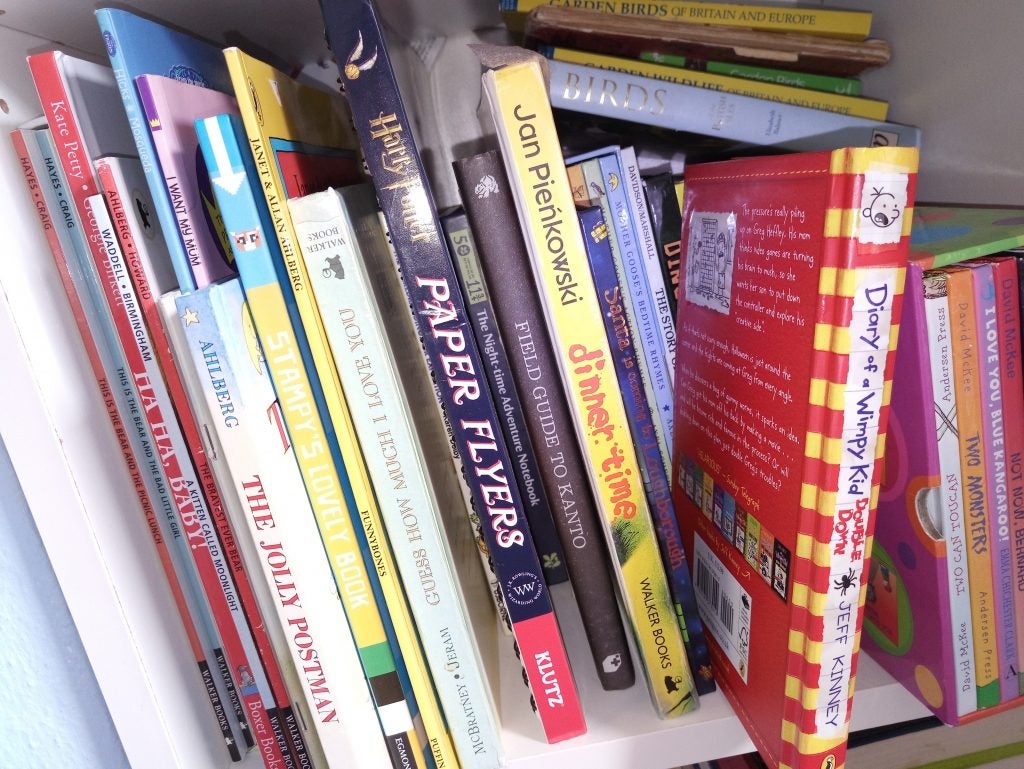 Video recording goes all the way up to 3840 x 2160 resolution, but it’s quite fuzzy in low-light and the sound of the camera focusing is often picked up on the audio track. The front-facing 8 megapixel camera takes average-looking selfies but is limited to 480p video.

While the S8 isn’t a total write-off when it comes to its photographic and video capture capabilities, it’s perhaps wise not expect a market-leading proposition in this area.

Elephone has wisely included big battery to go along with that big screen. The 4000mAh power cell is larger than that found on other market-leading devices, and while low-cost Chinese phones are rarely as well optimised when it comes to power consumption, we were able to make it through a whole 24 hours without any major issues.

Fast-charging is supported, so topping up that roomy battery isn’t too much of a headache – it takes around an hour-and-a-half to fully charge, which isn’t bad when you consider the size of the cell. 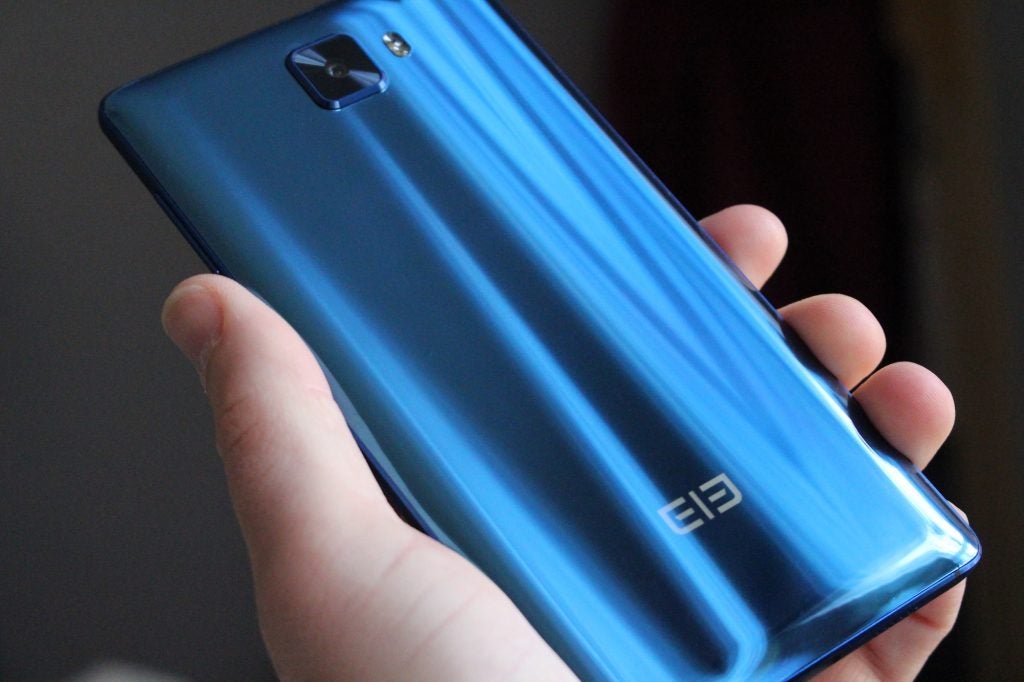 With 64GB of storage included as standard, the Elephone S8 has plenty of room for downloads and apps. Sadly, there’s no way to expand the available storage via MicroSD cards – another puzzling omission, given that most Android phones offer this kind of expandability.

Why buy the Elephone S8?

If you’re interested in the whole bezel-free revolution but don’t fancy dropping a grand on the iPhone X then you’ll be pleased to know there is a cheaper way into the market.

Phones like the Elephone S8 may lack the brand recognition of Apple devices but what you get for your money is incredible; a pin-sharp screen which fills the front of the handset (almost) completely, and all for less than £200. You’ll have to make some compromises – there’s no NFC, the camera could be better and the speaker is weak – but if you’re shopping on a budget, then this is a really solid option, and perhaps one of the best devices Elephone has produced so far.

Blessed with a fantastic screen and a very reasonable price point, the Elephone S8 comes highly recommended in the realm of budget blowers, even if it does lack some creature comforts.