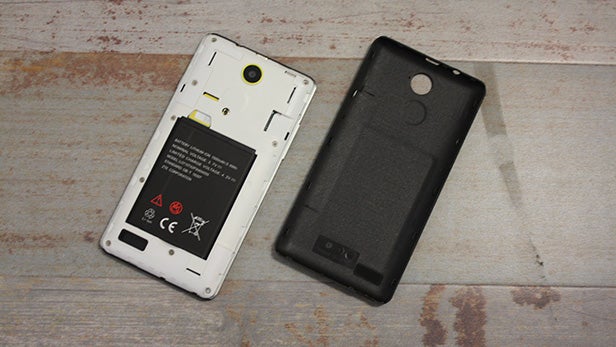 We used the phone for a week, with intermittent bouts of gaming, texting, browsing, watching videos, and calling. Under such standard usage, we found the device lasted about a day. You’ll need to charge it overnight however, as two days’ use simply isn’t possible with the Rook. Unless you’re leaving it in standby, of course.

It’s worth noting that unlike some of its budget rivals – the EE Harrier and Vodafone Smart Prime 6, for instance – the Rook’s battery is removable. As such, if you’re away from the mains for a few days, you have the option of packing a spare cell.

The speakers are tinny and lack detail, but that’s no surprise – this isn’t a Sonos system. However, it’s more than good enough for watching videos and listening to short audio clips.

You won’t want to listen to music on the Rook for any extended period of time, but this isn’t really what the handset is built for anyway.

When it comes to call quality, you’re benefitting from being on EE’s network. EE has some of the widest coverage in the UK, so reception is generally good – do check with the company first though, especially if you live out in the sticks.

We found no issue hearing the voice of incoming callers, and the speakers are plenty loud for hands-free calling too. Chatterboxes should bear that in mind that the phone becomes a little warm on long calls, however. 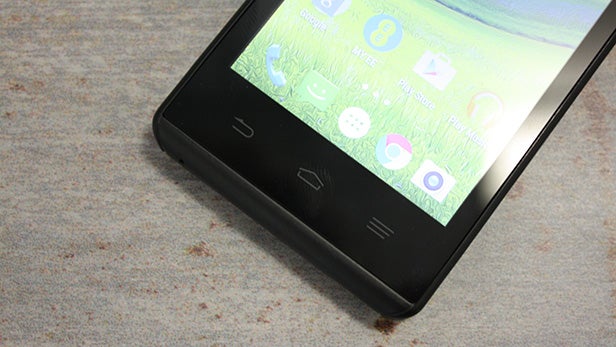 Should I buy the EE Rook?

EE isn’t trying to fool anyone with the Rook. This isn’t a device for smartphone buffs who want the latest and greatest from big-name brands. It’s for those with serious budget restrictions.

Good luck finding a 4G smartphone running Google’s latest operating system, with two cameras, a quad-core processor, and a removable battery that lasts about a day for less than £40 anywhere else.

It’s important to consider what else is on the market in this price range. At sub-£50, you’re generally looking at feature phones, which aren’t a patch on the EE Rook.

Perhaps the best alternative is the Alcatel OneTouch Pixi 3 at a slightly more expensive £49.99. It offers a bigger 4.5in screen but lacks a front-facing camera, so it’s here that you need to decide which is of most importance to you.

We should reiterate that the Rook’s viewing angles are particularly poor. As such, if you can afford to splash out a bit more, perhaps try the EE Harrier or the Vodafone Smart Prime 6. Nippier performance, more capable cameras, and better displays are also included. This phone is arguably too cheap.

If £40 is your maximum budget, however, then you won’t find better value than the Rook.

If you have only £40 in your “new phone” piggy bank, then you can’t go wrong with the Rook. But if you have a bit more cash to spare, shop around for pricier kit.