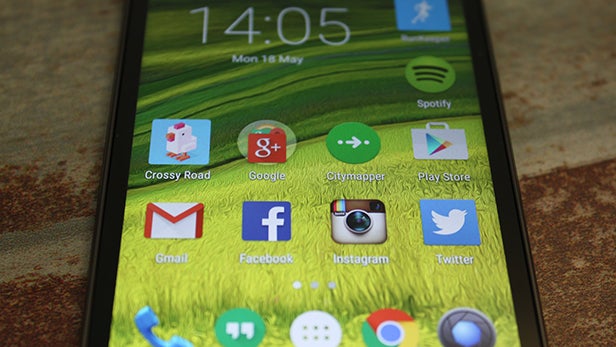 Android purists will be glad to hear that EE has kept meddling to a minimum with the Harrier. Of course, like most manufacturers, EE adds its own spin to the Harrier, albeit subtly. For starters, the phone ships with a grassy wallpaper. Users are free to change this of course, which we’d recommend. As inspiring as EE’s viridian vista might be, it doesn’t gel well with Google’s flat, often pastel-y Material Design aesthetic.

EE also pre-loaded a handful of Amazon apps onto the device, as well as Deezer and its own balance-checking My EE app. The EE app is useful, and we’re glad it was included. We could have done without the bloaty Amazon fare, though. You can ‘disable’ these apps, but unfortunately they can’t be uninstalled.

The performance of the EE Harrier is where this phone really shines. With budget smartphones, you expect some sluggishness, particularly when browsing content-heavy apps such as Facebook or YouTube. The Harrier, however, sailed through everything we threw at it.

Perhaps the only niggle is that the phone gets quite warm with extended use, particularly with 3D games. We never managed to push the Harrier to the point of overheating, however, so the worst you’ll get is clammy palms.

This is all thanks to Qualcomm’s Snapdragon 615 chip (model: MSM8939), which only launched this February. It’s one of the company’s first 64-bit chips, and is a godsend for mid-to-low-end handsets. The 615 has eight Cortex-A53 cores, which EE has clocked to 1.5GHz. What this means is that the Harrier will chew through fairly demanding tasks without a hitch. The Snapdragon 615 also uses an Adreno 405 graphics processor. It’s said to be at least on par with the Adreno 320 GPU, which appeared in ex-flagships like the Motorola Moto X, the Sony Xperia Z, and the HTC One. 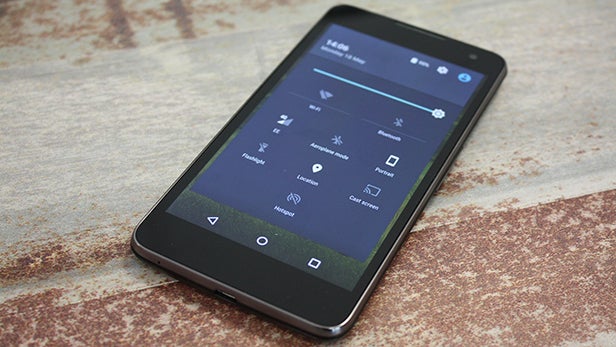 Right, onto benchmarks. Now while benchmarking isn’t the be-all-and-end-all of determining a phone’s performance, it’s certainly a good way to gauge how well a device stacks up against its rivals. Fortunately for EE, the Harrier blitzed our Geekbench 3 test, putting it in good stead against competitor devices. We tested the multi-score five times, resulting in an average result of 2,417.

To put that into perspective, the Moto G (2014) scored 1,152, the Acer Liquid Jade got 1,191, and the Karbonn Sparkle V tested at 1,200. In fact, the EE Harrier is better contrasted with aging high-end devices. Last year’s HTC One M8, for instance, scored 2,840, which isn’t worlds apart from the Harrier. The LG G3, meanwhile, averaged 2,425 in our tests, putting it in direct competition with EE’s new smartphone.

The remaining roster of specs on the Harrier are also formidable for its target market. There’s 2GB of nippy LPDDR3 RAM, and 16GB of built-in storage. You can upgrade this by a further 64GB using the microSD slot, mind.

What really works as a huge positive for the Harrier, however, is its 4G capability. This phone offers LTE Cat 4 support. That tough-to-chew jargon basically means your handset can theoretically download content at speeds of up to 150Mbps. We say “theoretically”, because it depends on the network speeds provided by EE wherever you’re based. Fortunately, EE has a good track record for high 4G speeds, and has the best 4G coverage in the country. If you live in a big city, you should have no trouble watching HD content on the move. 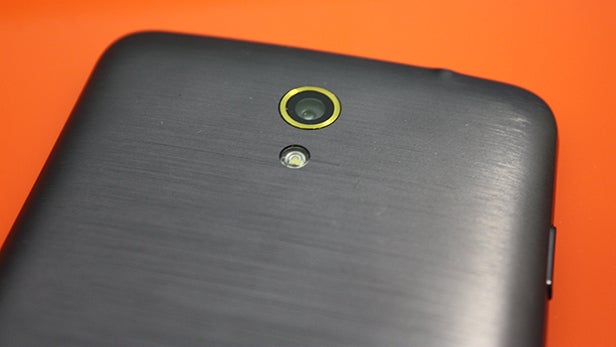 Another cool feature is EE’s WiFi Calling. This lets you make calls, and send and receive text messages without network signal, by using a Wi-Fi connection. That’s a big boon for customers who live in areas where signal isn’t great.

There’s also a bunch of sensors embedded within the device that perform various useful tasks. NFC (near-field communication) is the big seller here. That’s the same technology that’s built into contactless debit and credit cards. It allows you to make mobile payments, as well as do other things such as pairing your phone to NFC-friendly speakers.

NFC is doubly useful for EE users, as the company offers its own mobile wallet service. Dubbed “Cash on Tap”, it lets you use funds to pay for goods in stores using your phone, just like you would with a contactless card.

Aside from NFC, you also get the usual roster of sensory goodies such as a gyroscope, compass, proximity sensor, and ambient light sensor. The Harrier has Bluetooth 4.0 too, which is typically used for pairing to devices like speakers and wireless headphones.