The Edifier R1010BT is an affordable active speaker system with built-in Bluetooth, providing an easy way of streaming music from mobile devices. Putting the amplification and connections inside the active speaker keeps cables to a minimum, which will be music to the ears of clutterphobes everywhere. 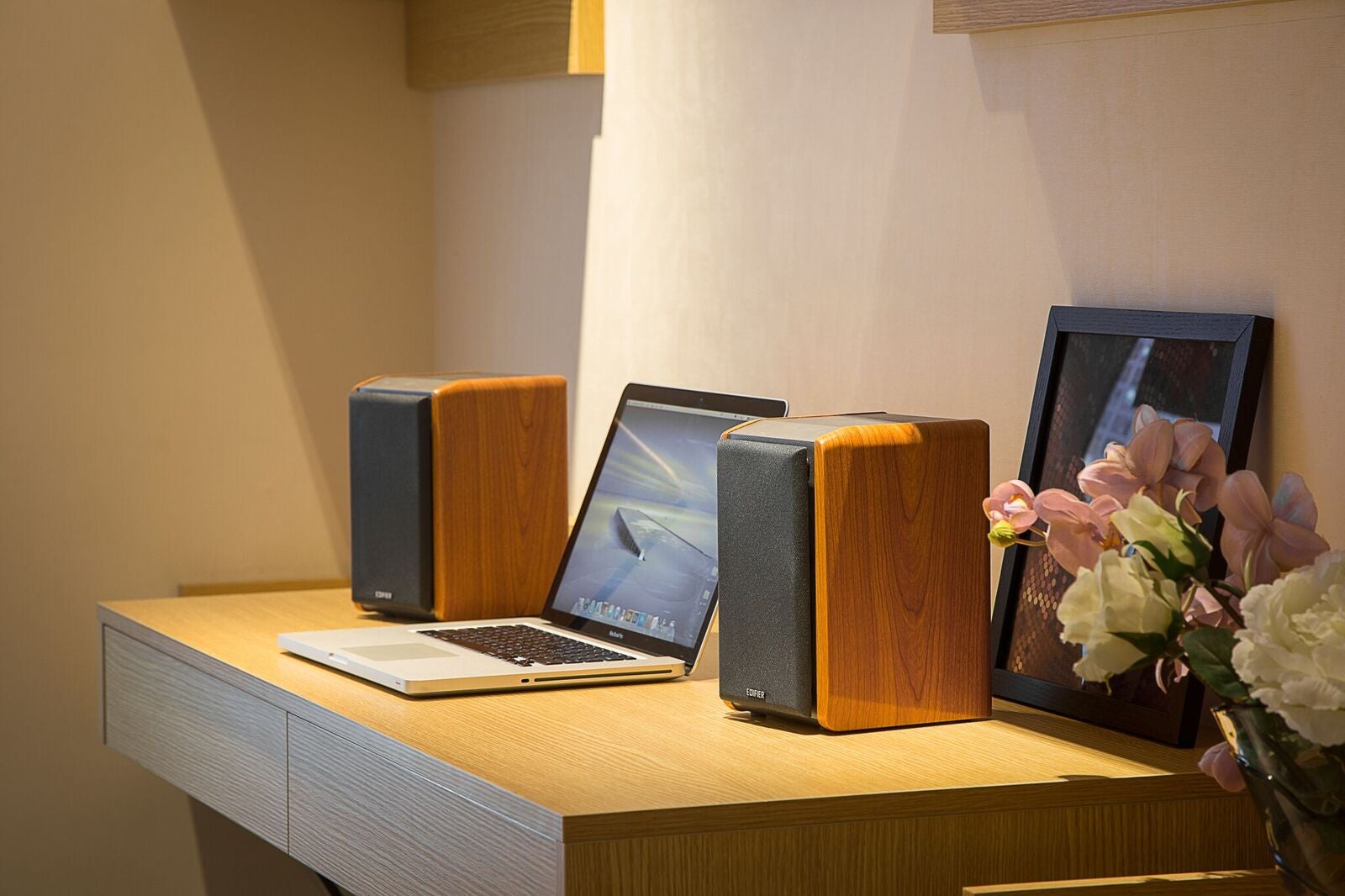 A tour of Edifier’s website reveals some far-out speaker designs, from the snail-like Exclaim to the horn-shaped Spinnaker, but the R1010BT treads safer ground. The 9.5-inch-high bookshelf cabinets have a traditional cuboid shape, softened by rounded edges, gentle slopes and tactile faux leather panels.

They’re available in brown or black wood grain finishes, but the black version is the better-looking of the two – the combination of brown wood and grey faux leather isn’t particularly fetching, although some may prefer the vintage vibe.

Build quality is much better than I’d expect for the money. The faux leather is slightly tacky, but I’ve no complaints with the solid, weighty cabinets, which are built from 15mm thick MDF that damps out unwanted vibrations – tap them on the sides and nothing comes back. Foam pads on the bottom stop them rattling around at high volumes.

Pulling the grey cloth grille from its plug fixings reveals a 4-inch woofer and 13mm dome tweeter. The industrial, screw-studded driver surrounds and eye-catching yellow woofer make it tempting to leave the grilles off. The active speaker also sports an LED that glows blue or green to indicate the selected input.

Related: The ultimate multi-room audio guide: Sonos vs the rivals 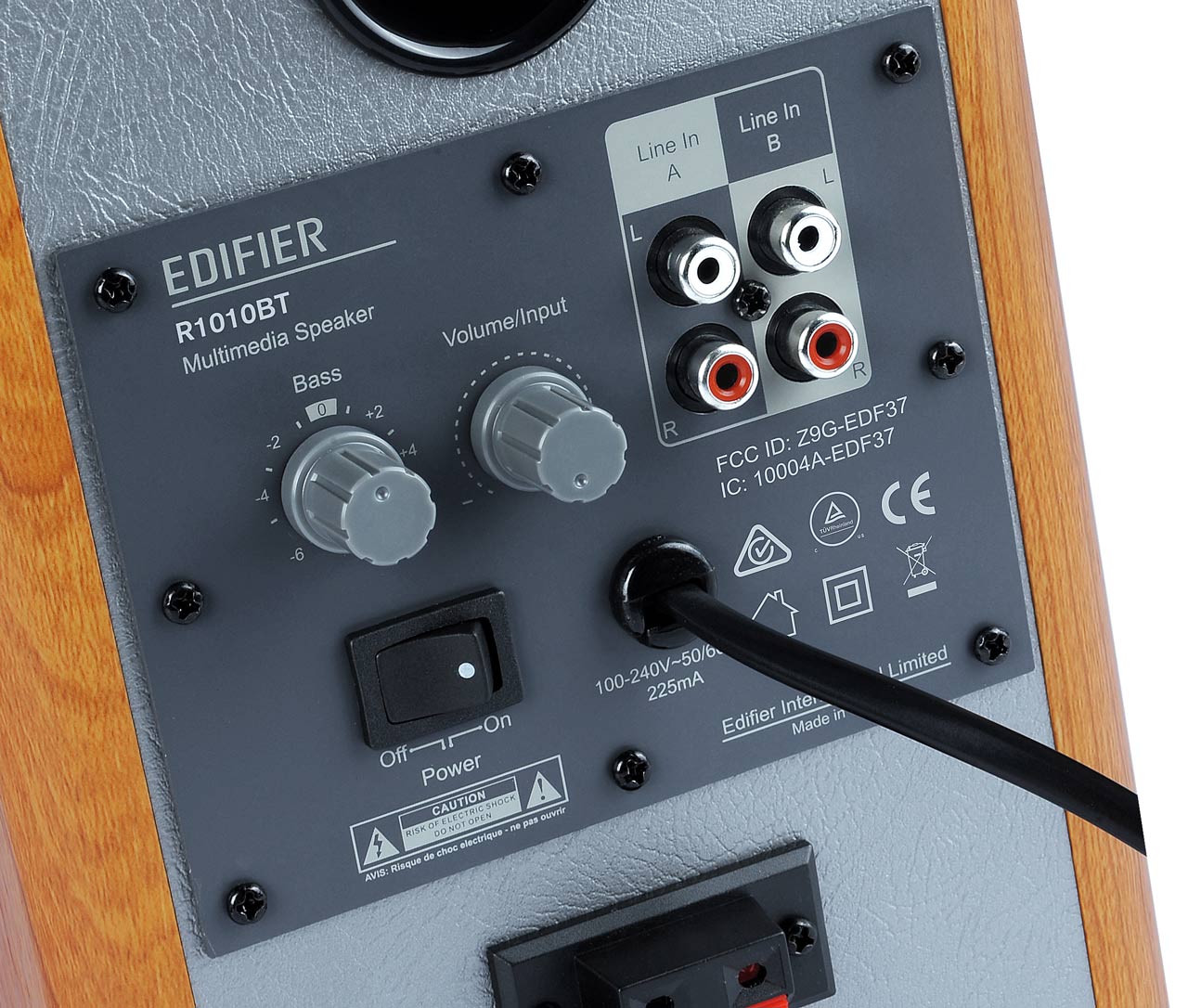 On the back of the active speaker are two sets of analogue RCA inputs, but that’s your lot . There’s no optical input to connect a TV and no 3.5mm mini-jack. Mildly disappointing, but not a huge surprise at this price.

The active speaker powers the passive one using the supplied speaker cable. The bog-standard cable and plastic spring-clip terminals are further indications of the R1010BT’s budget price tag, lacking the sturdiness of binding posts. On the other hand, at least you can swap the cable for a longer one if you want the speakers further apart.

The R1010BT is primarily geared up for wireless playback, and on that score the Bluetooth v4.0 connection allows you to hook up two devices simultaneously and switch between them. This is handy if you and a mate want to share new stuff – naturally, you have to pause one device before playing the other. There’s no aptX support, though, which means you won’t enjoy a boost in quality from compatible devices.

Two dials on the back of the active speaker allow you to adjust the master volume and bass level. The latter goes from -6dB to +6dB, with a notch at zero to get it bang in the middle. Once you’ve set the levels you probably won’t need to touch them again, since volume can be controlled from your Bluetooth device – a good job, too, as the plasticky knobs don’t scream long-term durability.

Press the volume knob and it switches between Bluetooth and analogue inputs; it’s ready to pair as soon as you select Bluetooth, which makes the connection process nice and quick.

With no remote in the box, it’s down to these dials and your Bluetooth device to handle operation. While not essential, a dedicated handset would have been convenient. 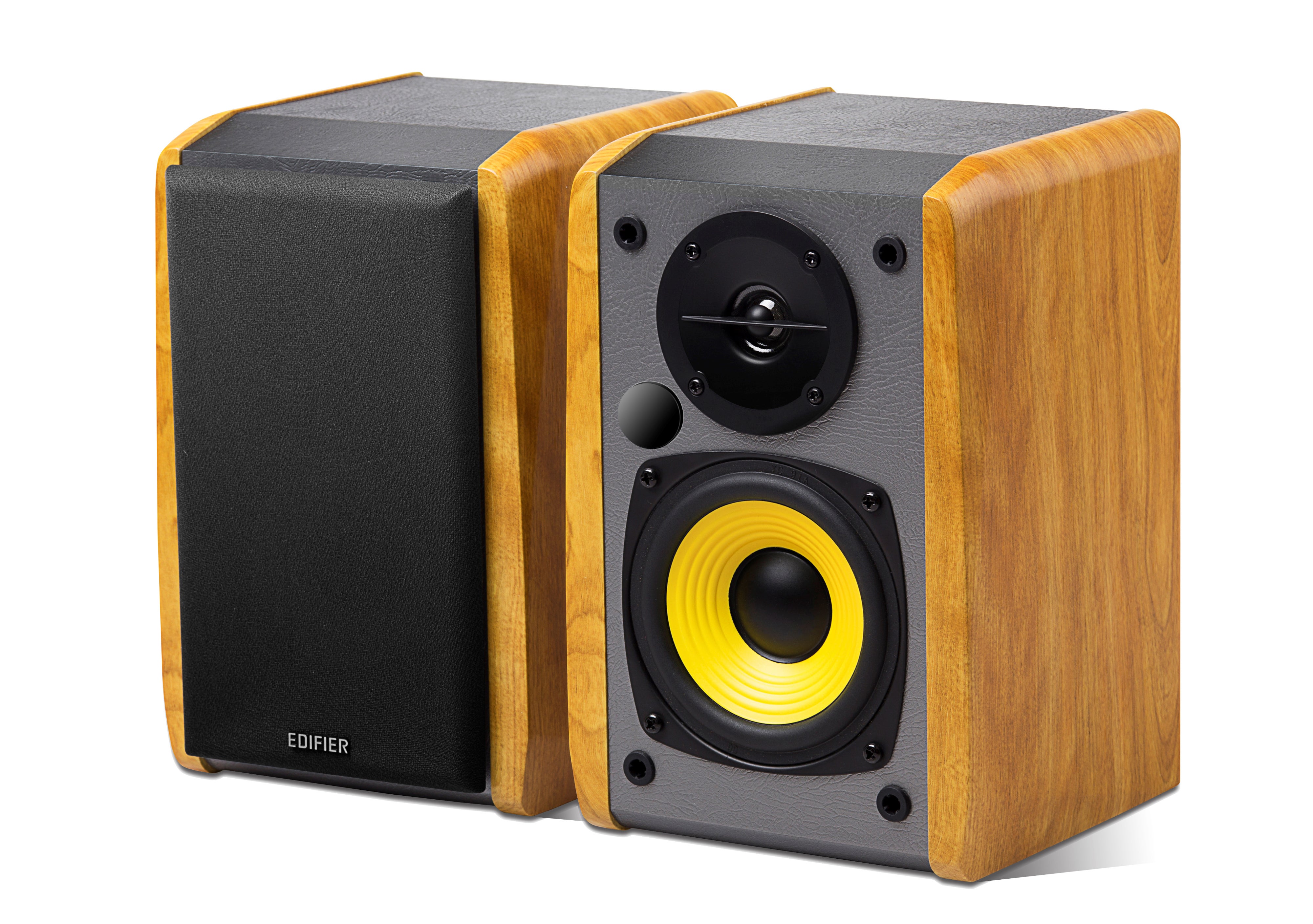 The R1010BT’s power output is quoted at 2 x 12W, which seems a little conservative given the loud, beefy sound it delivers. Bass is tuned through the rear ports, which means you’ll need to exercise care when placing them near a wall – although once in place, you can tweak the bass output using the dedicated dial.

It’s a warm sound, opened up nicely by crisp, airy treble and held together by a solid mid-range. It’s easy to listen to for long periods, dulling any sharp edges in the mids and treble. That makes it ideal for day-to-day playback from laptops and smartphones, although it lacks the finesse needed for consideration as a centrepiece hi-fi system.

Bass reproduction is decent for the money, putting the majority of portable Bluetooth speakers to shame with its body and warmth. But it’s still a little rough around the edges. Basslines are soft and indistinct, lacking the punch and definition required to get the feet tapping, and it struggles to dig out sub-bass sounds. It’s also fairly boomy at times and requires a lot of tweaking to stop everything sounding tubby.

The full-bodied mid-range gives instruments such as guitars and saxophones decent presence. Voices are focused and organic. As you might expect at this price, there isn’t a great deal of refinement or insight as songs rattle along, but the Edifier conveys the various elements with more clarity and conviction than most speakers at this price point.

Moving to the treble, the R1010BT offers perky, expressive highs with a smooth finish. Inevitably, it lacks the extension of high-end systems, glossing over many of the music’s finer nuances, but at least the tweeters’ open character helps side-step the boxed-in feel that scuppers many speakers at this price point. 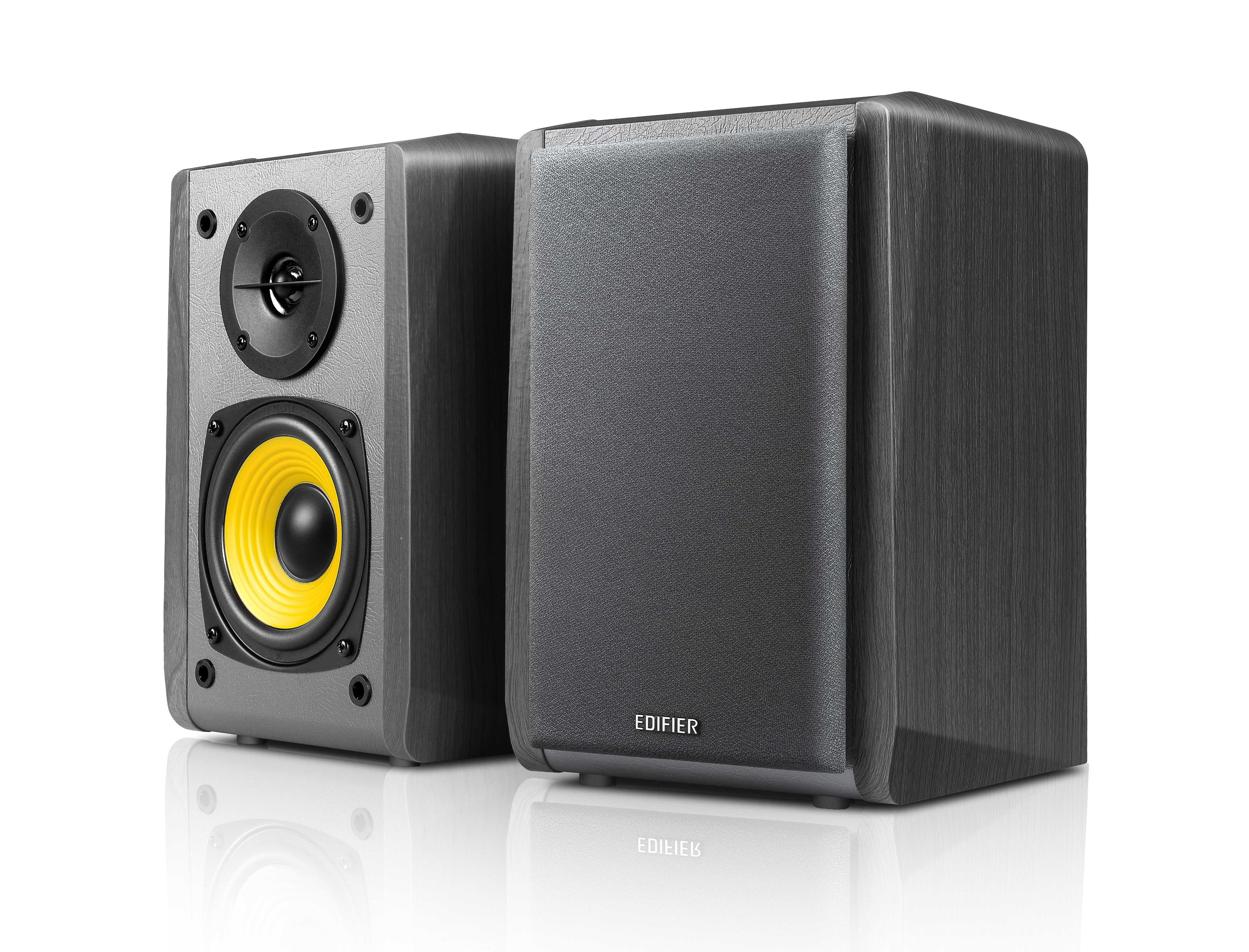 Although it’s unlikely to whet audiophile appetites, the Edifier R1010BT is a great-value way of upgrading sound quality from laptops and smartphones. Its sound is warm, open and full-bodied, with enough power, volume and composure to put similarly priced portable Bluetooth speakers to shame. Bass could be punchier and the top-end lacks finesse, but for £80 performance is much better than expected.

The brown finish won’t be for everyone – but, otherwise, the Edifier boasts some nice design touches and impressive build quality for the money. The result is a very likeable Bluetooth speaker that could be the perfect solution if money is tight.

Its sound quality doesn’t always cut the mustard, but Edifier’s well-made active speakers are worth investigating if you want simple Bluetooth streaming on a budget.