Increasingly notebook speakers are getting more and more sophisticated. Larger machines, like the Toshiba Qosmio G50-115 or the Acer Aspire 8920G, come crammed full of sub-woofers and several tweeters, producing sound that’s suitably impressive. Even smaller machines, like the Toshiba Portégé M800-106 and Satellite A300-177, have got in on the act. Indeed, in terms of notebook audio, Toshiba is leading the way.

Yet, this isn’t the case with all notebooks and however good the audio produced by the integrated speakers, it’s unlikely to better a set of dedicated speakers. Of course, the likes of the Creative Gigaworks T3 2.1 speakers can be a bit heavy duty and while the likes of the Gigaworks T20 and Gigaworks T40 2.0 speakers are nice alternatives, and ones we greatly admire, they’re both full-range speakers with a lighter level of bass response. It is here where Edifier’s miniature set of 2.1 speakers, the M300 Plus, come in. Retailing for less than £50 and coming in their own bespoke carry case, they can sit on your desk or go everywhere your laptop goes.


As a design they’re truly ingenious. Comprising of a 2in tubular sub-woofer and two globe-like 1.5in mid-range/high frequency drivers, they’re the model of simplicity and unlike most 2.1 systems are incredibly discreet. This is largely because the sub-woofer simply sits behind your laptop out of sight, acting as a hub for the inputs, outputs and power while the two tweeters feed outward and sit either side of the screen. 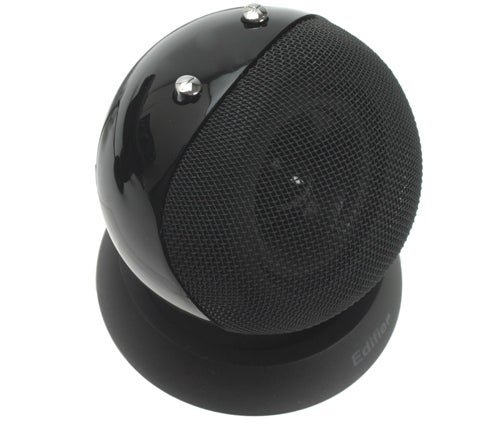 Vitally, the wires leading from the base unit to the tweeters are quite short and though this might ordinarily be a problem, it ensures you never have an annoying surplus of cable cluttering your desk. So, for their purpose, this arrangement is more or less ideal.


Indeed, you’re more likely to encounter clutter depending on where the audio outputs on your notebook are placed but even here Edifier has been very clever, bundling both a longer 3.5mm audio cable with a regular plug and a shorter one with a right angle plug. This means you can use the cable that best suits your own setup.

In addition to this ingenuity, the set look really cool too. That magnetically shielded black aluminium sub-woofer looks funky and unusual, like a UFO, matching the all-black finish with some nice glossy black plastic accents on the bass ports at either end. This design is complements by the elegantly sculpted globe shaped tweeters, also in black; with the right one including a couple of easy to use volume buttons that when pressed together activate a fade-in/fade-out mute function as well.

If you’re concerned that the M300s might look better than they sound, you need not worry; in fact, for their size and price, the quality of output is truly remarkable. Upon firing up the speakers for the first time everyone in the office stood up, wandered over and asked whether “that sound” was coming from “those speakers”. As first impressions go it was a very good one. 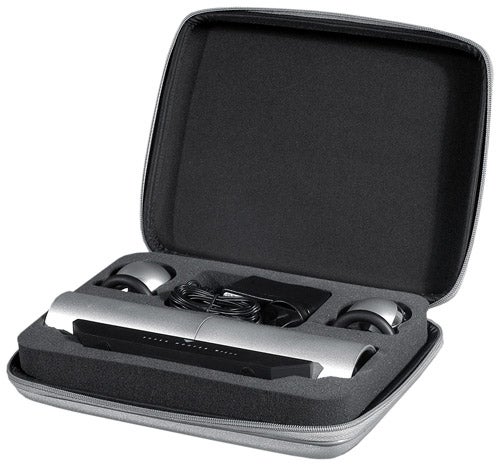 Largely this good first impression stood up to prolonged inspection, too. What immediately impresses is simply the cohesiveness of the sound. In And If I Fall from The Charlatans every element of the song, from the tuneful bass line and crisp percussion to the staccato guitar riffs and doleful vocals are produced very well.


Pumping up the volume also reveals an amazing lack of distortion, something that’s achieved thanks to the Electric Intelligent Distortion Control (E.I.D.C.) system that detects and adjusts the M300s to avoid input overload. Naturally, for a set that can be used anywhere a power socket can be found, the power adapter will work anywhere in the world. 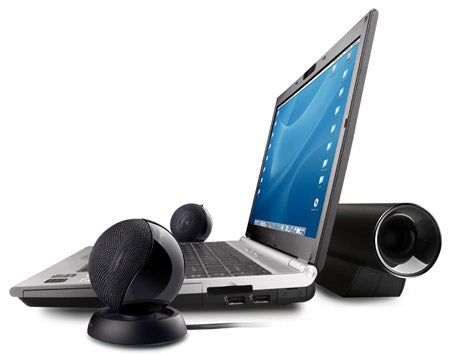 Continuing with the audible assessment, Reckoner by Radiohead also showed how strong this set is. Its bass line was produced very nicely, proving warm but never overpowering, while the complex percussion was clear and crisply defined. This track did, however, reveal a slight weakness in the mid-range. It’s subtle and didn’t detract too greatly from the overall sound, but the lead guitar didn’t come through as clearly as we’d normally expect.


This is a fairly consistent characteristic of the speakers whatever the source material, but is largely the result of their nature. Whereas the full-range Creative Gigaworks T20s sacrifice some bass for deep and well defined mid and high notes, the Edifiers sacrifice a little mid-range punch for more fulsome bass.

This also has the knock-on effect of slightly superior performance at lower volumes. If we had a complaint about the T20s, it was that you always needed to listen at reasonably high volumes to get the ideal balance. Thanks to the Edifier’s dedicated sub, though, you can listen quietly and still find a nice balance. Of course, when you pump the volume up further, you also have the benefit of some serious thumping bass, something that’s demonstrated very well by Daft Punk’s, Human After All.

Another area where the Edifier set performs particularly well is in classical music. Jupiter, the Bringer of Jolity, from Holst’s ‘The Planets’ is produced with impressive verve. Even the most delicate percussion is brought out beautifully, though the slight mid-range weakness was exposed by the more powerful Mars, the Bringer of War. 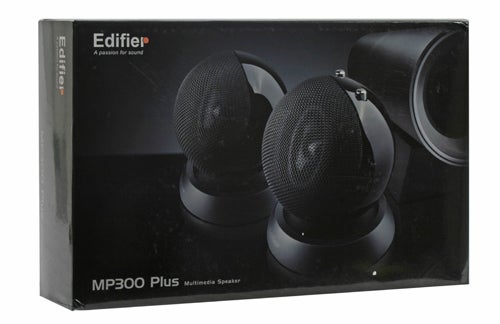 It’s worth noting, too, that though the set rarely struggles for volume, its soundscape is predictably narrow. This is hardly a problem if you’re sitting at your notebook – in fact a more personal sound is desirable – and isn’t a problem for your typical bedroom or hotel room, but Hi-Fi replacements they certainly aren’t and arguably the T20s best them in this department as well.


You can’t, however, pack the T20s into a carry case and pack them in your suitcase, something that you can do with the M300s. Whether this is useful to you depends on your lifestyle, but when on the road it’s nice to listen to music through something other than a set of headphones. Moreover, even if you’re not a jet setter, the ability to pack up and move your speakers, for convenience or tidiness, is definitely a plus while also being a handy thing to have when going on holiday. 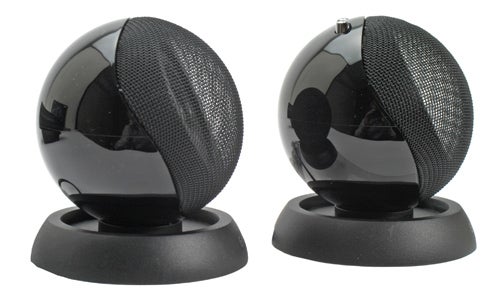 It’s also amazing the sheer range of music that this set can deal with. Be it the rockier vibe of Muse’s Plug in Baby, Hip-Hop, R&B or Jazz, the M300s rarely fail to produce a pleasingly wholesome sound. Indeed, for Hip-Hop or R&B they’re ideal, since the 15W sub-woofer plays to their strengths. They’re even impressive during film viewing; their power and precision combining for impressively powerful explosions without sacrificing audible dialogue. 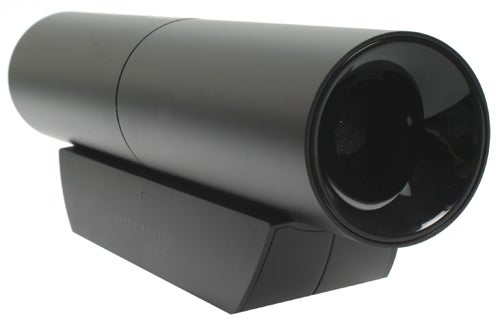 
For under £50 the Edifier M300 Plus speaker set offers remarkable sound quality in an attractive and intelligently designed ensemble. Throw in a handy carry case for portability, or simply for stowing away when not in use, and it’s difficult to not recommend them. Indeed, only a very minor lack of mid-range punch prevents them from even higher honours.