What is the EDF Energy HeatSmart?

This Netatmo product is a combination of two smart devices and a companion app. Together they bypass your central heating system’s controls, replacing your old timer and/or thermostat with smart controls.

You can use the elegant wireless thermostat to make quick changes to the heating level. Or better still, use the companion app to control and monitor your central heating in greater detail. You can tailor-make heating schedules for each day of the week – and also change them at a whim – from anywhere in the world. 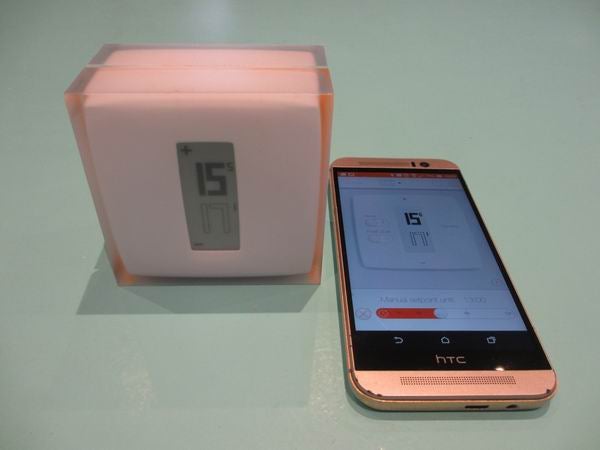 Although branded EDF Energy HeatSmart, this is actually a Netatmo-made smart thermostat. It comprises two units: the relay and the wirelesss thermostat.

The relay connects to your existing boiler controls. Looks-wise it’s pretty discreet, although it will probably be placed out of sight anyway. The wireless thermostat measures 82 x 82 x 45mm, which is about the size of a light switch. It’s a minimalist unit, designed by French designer Philippe Starck.

The cost of the unit includes professional installation. Before you order, you’re asked to complete an online questionnaire to determine whether the product will be compatible with your central heating. Then you make an appointment for an engineer to come round and install it.

The relay connects to your boiler in place of a thermostat. In turn, it hooks up via Wi-Fi to the thermostat and to the internet. This will enable it to be controlled via the app – whether you’re in the room or on the other side of the world. If you have Apple HomeKit, you can also control it via Siri.

From here you’ll be able to set a weekly heating schedule, and modify it with ease.

Going on holiday but discover at the airport that you’ve forgotten to turn off the heating? No problem, it will take only a few seconds to sort using your phone. If you’re returning from your holiday, simply turn the system back on via the app, so that the house is warm and toasty for your return. 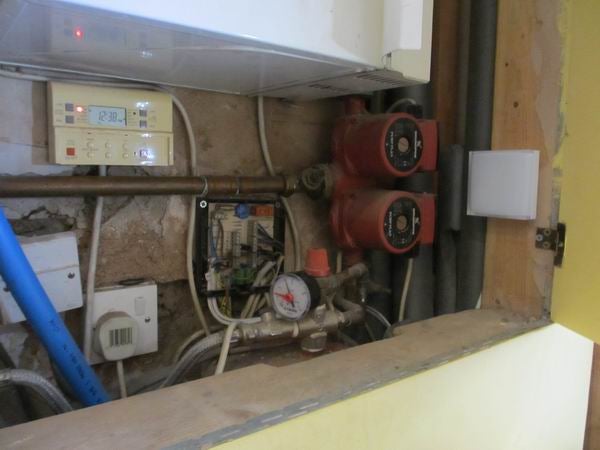 The nondescript white box on the right is the relay

EDF Energy HeatSmart – What is it like to use?

Our engineer set up the HeatSmart within an hour, and that included a cup of tea and a friendly lesson in how to use the thermostat and companion app.

The physical installation is simple, and it is possible to get up and running yourself if you choose to purchase the HeatSmart without the free installation service. It’s simply a matter of opening up the wiring box beside your boiler, finding the correct pair of terminals and connecting the relay.

If there’s a thermostat already in place then you’d basically be disconnecting that and substituting it with the relay. If you don’t – I didn’t – then just remove a wire jumper from between the two terminals and then hook up the relay in its place. Note that the relay will need to be plugged into an electrical socket since it’s mains powered.

The relay and thermostat found each other wirelessly without issue, and the app too installed problem-free. First create a free Netatmo account, after which it will be possible to control your HeatSmart from up to eight smartphones or tablets.

Related: Smart home technology UK – how to get started

The wireless thermostat offers very basic controls. It has an energy-saving E Ink display that simply displays the current temperature and the temperature for which the HeatSmart is currently aiming. If the latter is higher then your boiler will be on; if it’s lower then the boiler will be off.

There are a few cute design touches. Rotate the thermostat and the display adjusts accordingly, so the numbers are always the right way up. Also, there are no buttons. Instead you push the front of the device to change the target temperature: the top (or right, if the display is in landscape orientation) to increase it, and the bottom (or left) to decrease it. It’s pretty intuitive, but even so there’s a plus and minus on the display to remind you which is which.

We tried the Thermostat by Netatmo companion app on both Android (HTC M9) and on iOS (second-gen iPad). At its most basic level it looks like the wireless thermostat’s display, enabling you to view the current and target temperatures and nudge the latter up and down.

But it does so much more. Both via a smartphone or a tablet, you can schedule your heating throughout the week, picking precise times and target temperatures. The controls are visual and intuitive. And when you’ve had it installed for a while, you’ll be able to view historical data in the form of  graphs showing the actual temperatures achieved. 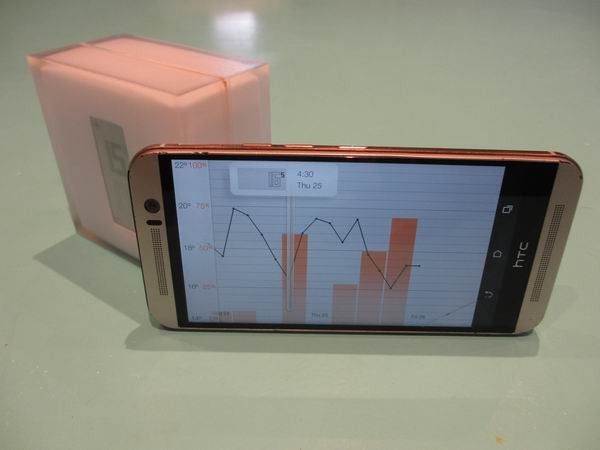 The temperature that HeatSmart uses for reference is measured by the wireless thermostat, so your whole home’s heating is dictated by this – where you position it is therefore pretty important. Typically it would be placed in a hallway.

You can also use the app to put it onto the self-explanatory Away mode or Frost-Guard mode, to keep your home ticking along at minimal temperatures.

I was most impressed with the HeatSmart’s ability to maintain the correct temperature in my home. There are a few caveats, however.

The first is that the HeatSmart is capable of managing only your heating, not your hot water. This isn’t an issue if you have a combi boiler, but if you have a conventional boiler with hot water storage tank then it would have been handy – and economical – to have the ability to control both via the app. Hive 2 offers this feature, but it costs more than the HeatSmart. 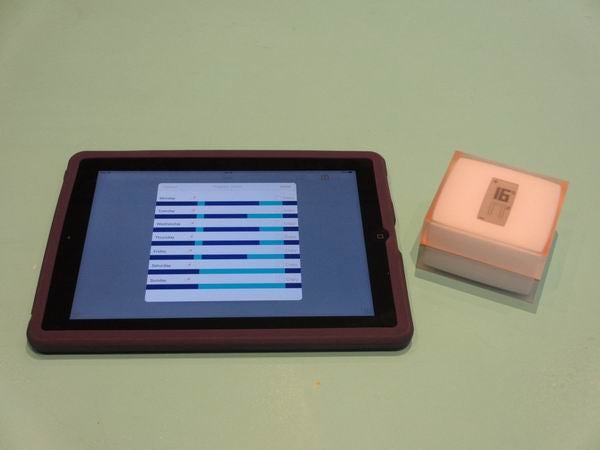 For a truly smart heating system you’d want radiators to be controlled in zones – so you can, for example, heat bedrooms at different times from living areas. Smart heating systems such as the Honeywell Evohome offer such functionality. However, they’re far more expensive because they require wirelessly connected thermostatic radiator valves throughout the house.

Alternatives such as Tado and Hive 2 intelligently sense that you’re home and react accordingly by turning on the heating as required. Instead, with the HeatSmart you call the shots. 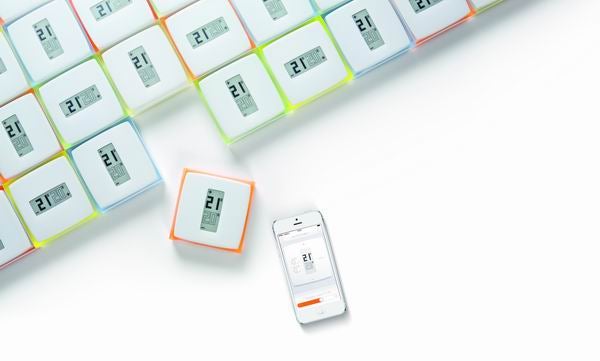 Should I buy the EDF Energy HeatSmart?

Yes, if you have a combi boiler. The HeatSmart works smoothly and reduced my gas bill while ensuring the house was never too warm or too cold. But if you have a conventional boiler with hot water storage tank then I’d consider the Hive 2, which controls hot water too. If money is no object, the Honeywell Evohome lets you tailor the heating in each and every room.

This minimalist home heating controller is easy to use and will definitely save you money.