With excellent voice support and a great app, the Ecovacs Deebot 711 should be better than it is. Haphazard movement and below-par cleaning let the side down.

What is the Ecovacs Deebot 711?

Right now, you’ll find a robot vacuum cleaner for practically every budget, typically split between the high-end models that intelligently map where they’re going using lasers, and low-end models that bounce around until they’ve cleaned everything. The Ecovacs Deebot 711 sits somewhere in the middle.

Smart navigation that lets the Deebot 711 learn the best way around your home is supposed to set this model apart from the competition, but I found it a little random. You also lose out on some of the more advanced features, such as virtual barriers.

We’re way past the point now that you can tell the quality of a robot vacuum cleaner simply by looking at it. Despite costing around £300, the Deebot 711 looks every bit as good as one of the more expensive models, such as the Ecovacs Deebot Ozmo 930.

As with Ecovacs’ other robots, the Deebot 711 has a round body. It’s short and squat, so ideal for getting under sofas – but not so good at getting between chair legs and the like. On top, you’ll find a single button that starts the vacuum cleaner in auto mode and gets it cleaning. If you want a little more control, then there’s also a remote in the box, which lets you start a general clean, edge clean only or spot clean (the robot cleans up a small area after you’ve carried it where you want it). 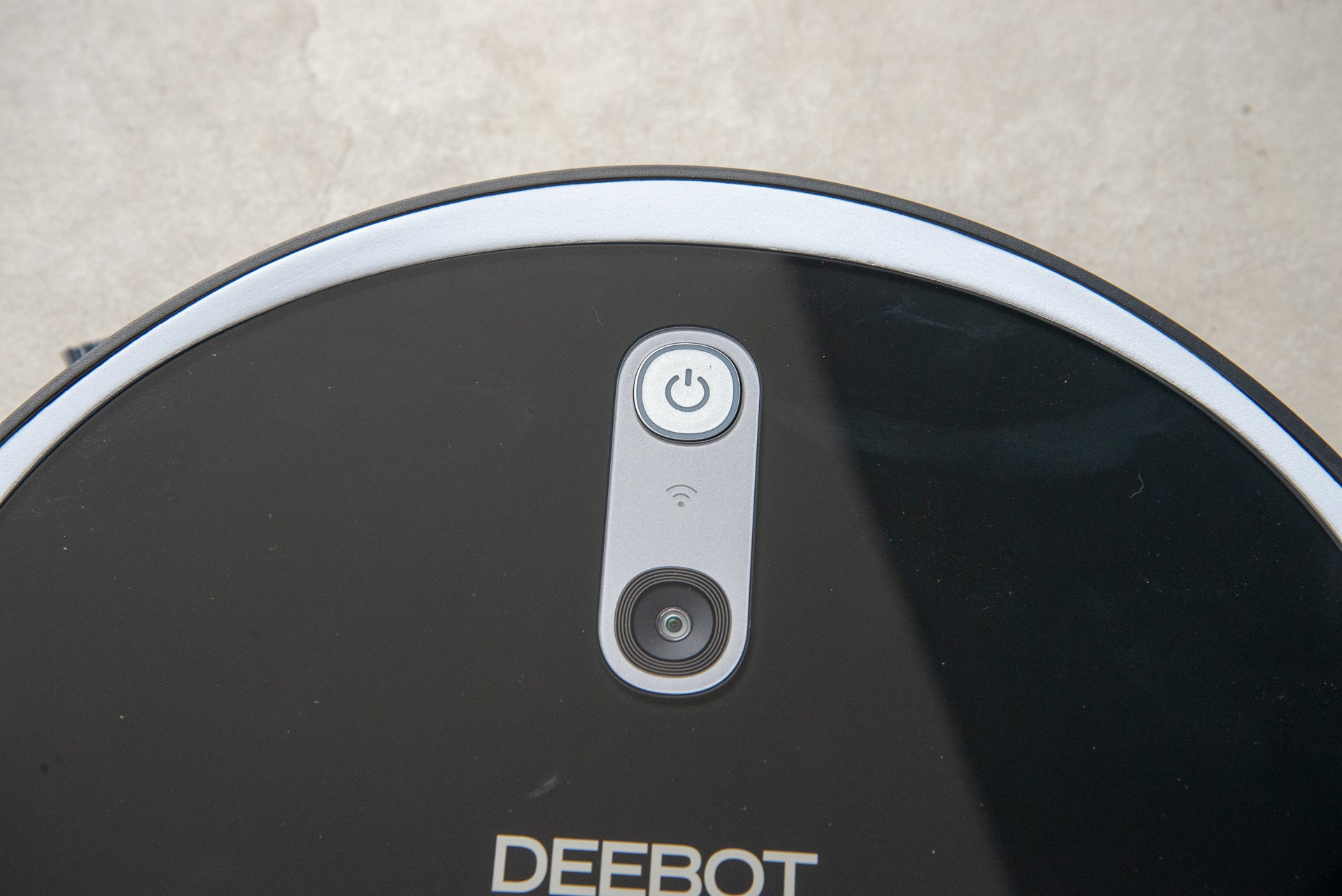 The Deebot 711 has its bin at the rear. It unclips, slides out and then folds open for emptying. The bin is fairly easy to empty once you get the hang of it and, at 0.52-litres, is a decent size too. 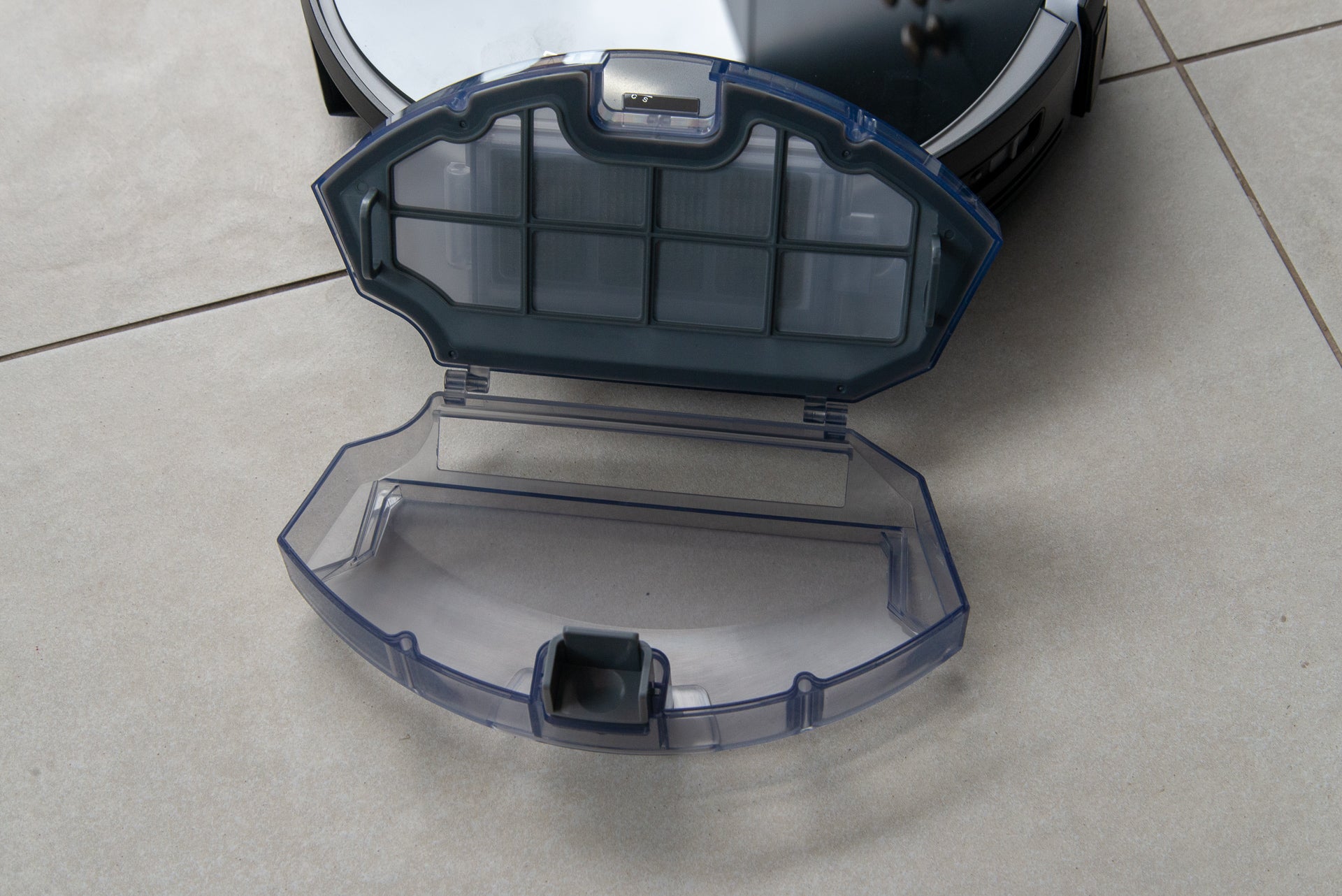 Flip the robot over and on the underside, you’ll see dual side brushes for sweeping dirt into the main suction path and the rotating brush bar. You can lift out the brush bar and clean it, and use the provided razor to cut away any hair wrapped around it. The side brushes need replacing every 150 hours, the main filer every 120 hours, and the main brush every 300 hours. The app keeps track of replacement times so you don’t have to. 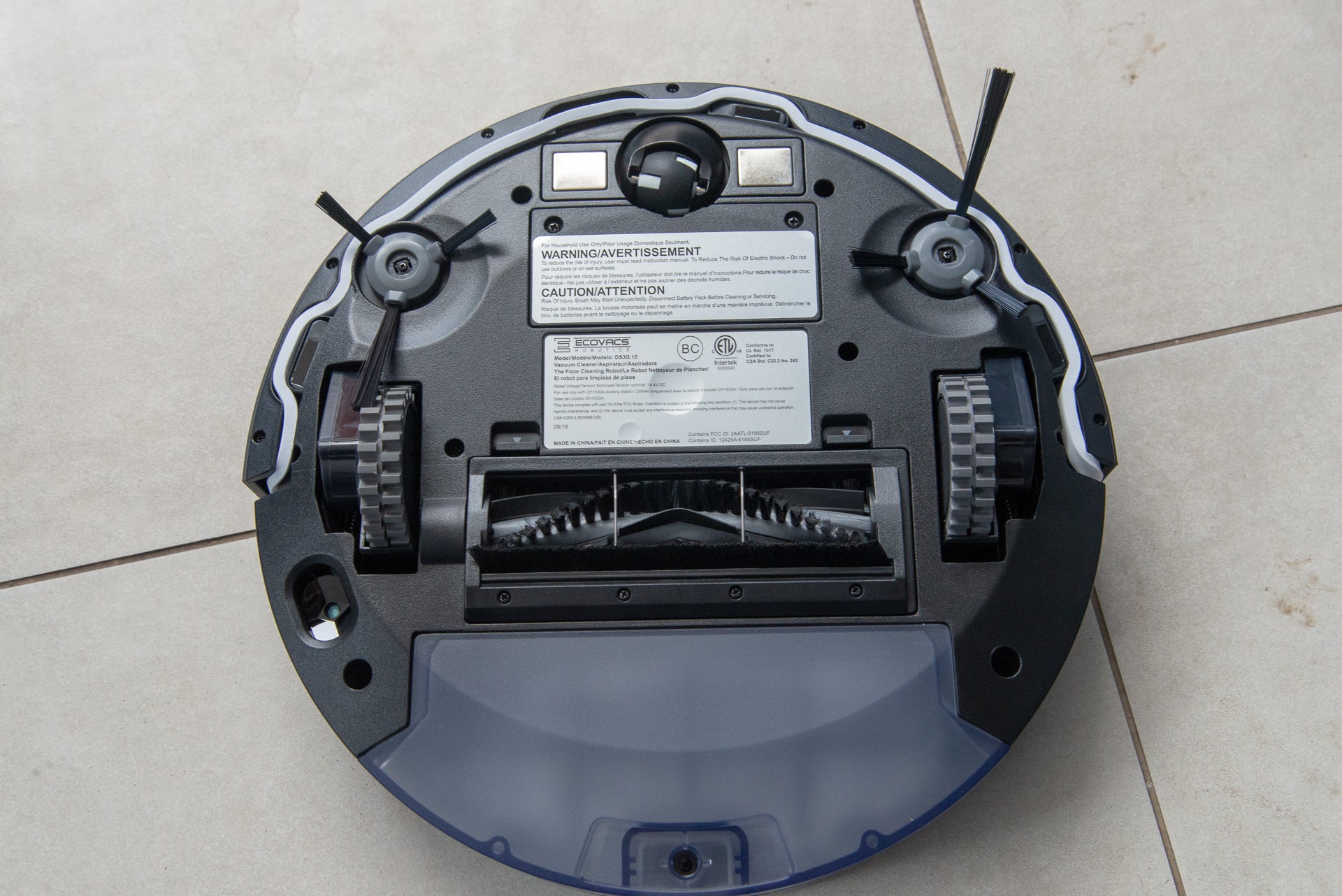 Connecting the Deebot 711 to the Ecovacs Home app gives you more control over it. From the main menu, you can start the Auto, Edge or Spot cleans. You can also schedule a clean to take place on a regular basis, if you don’t want to have to start the cleaner automatically.

There’s an option to override the power setting of the vacuum, placing it on maximum power for greater suction using less battery life. Ecovacs says that the robot takes around 4.5 hours to charge and should last 110 minutes on standard power.

When the vacuum starts cleaning it generates a cleaning map, which you can view at the end through the app. You can’t do anything with the map, though, since the cleaner doesn’t support virtual walls. 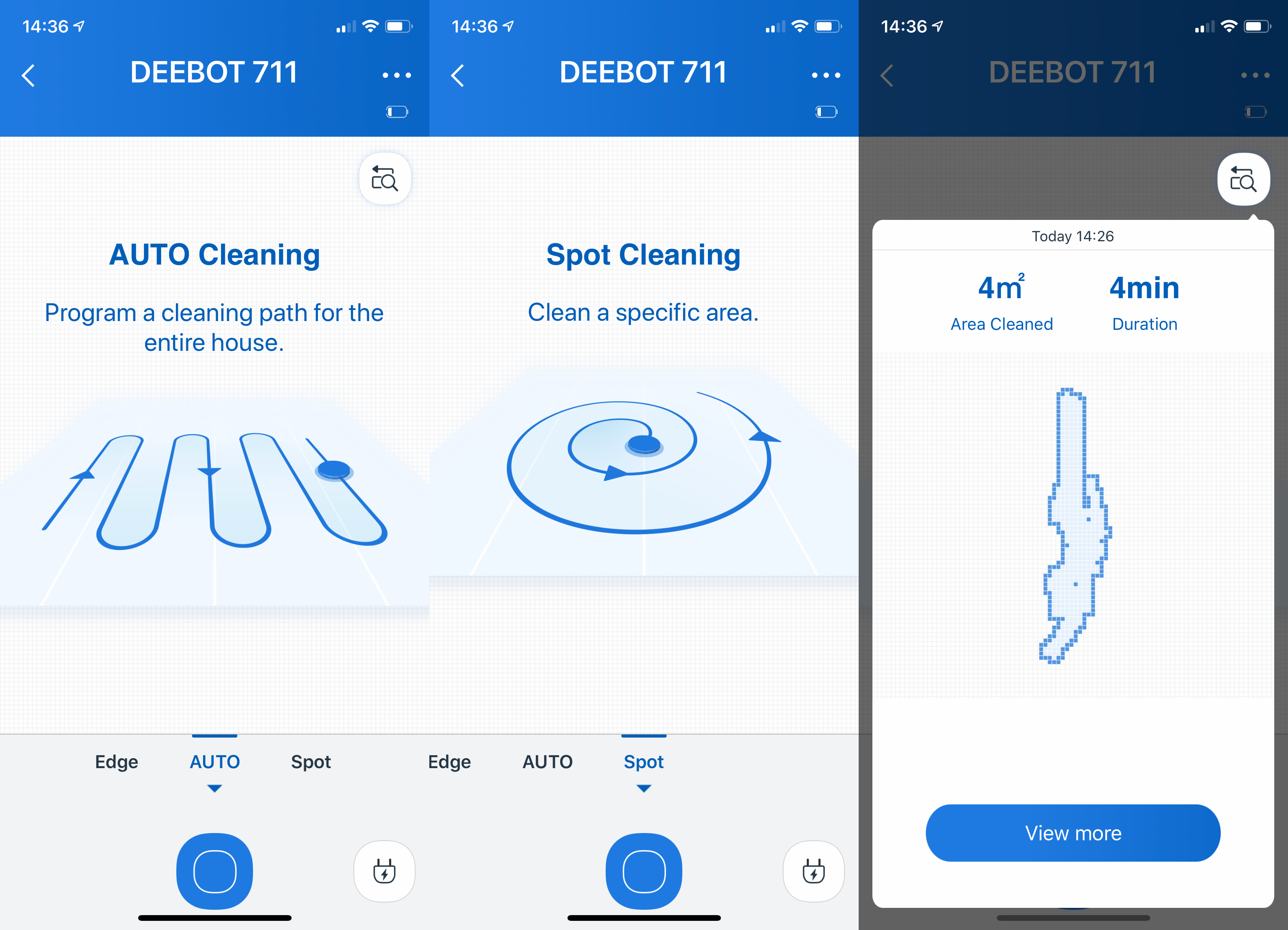 Running on standard power, I measured the Deebot 711 at 64.6dB. That’s only half the story – the robot is really quite loud, with a clunky, mechanical sound coming from the rotating brush bar.

Whacking up the power to Max, and the vacuum reaches 66dB. It definitely isn’t the quietest cleaner I’ve tested, and certainly one of the most annoying to listen to.

It’s good to see that the Ecovacs Deebot 711 has support for Amazon Alexa and Google Assistant. Once the skill is connected, you can get the cleaner to start or pause a clean, or return to dock using your voice. The commands are the same on both systems, and they work well – it’s surprisingly useful to be able to start or stop a clean with a simple spoken command.

Ecovacs Deebot 711 – How well does it clean carpets and hard floors?

To test the vacuum cleaner’s ability to pick up dust, I spread a mixture of flour and carpet freshening powder on the floor. Starting out, I put “X” marks of the powder on a hard floor, positioning one by the side of the room and one in the middle. I then set off the Deebot 711 to clean.

Performance was sub-par. In the middle of the room, the vacuum cleaner spread some of the dirt around and missed those caught in scratches in the floor, showing that it either can’t agitate the dirt enough or its suction isn’t powerful enough. 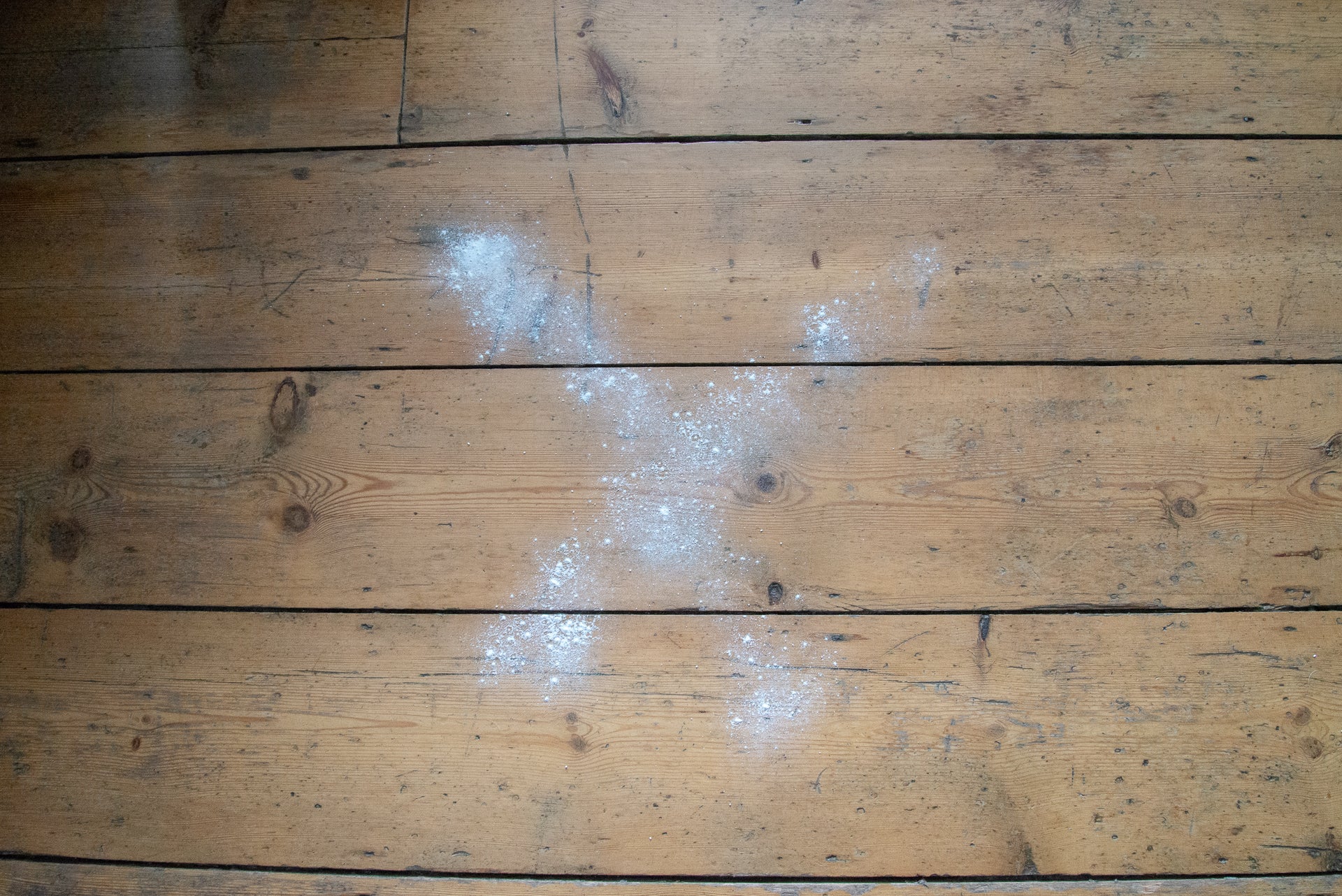 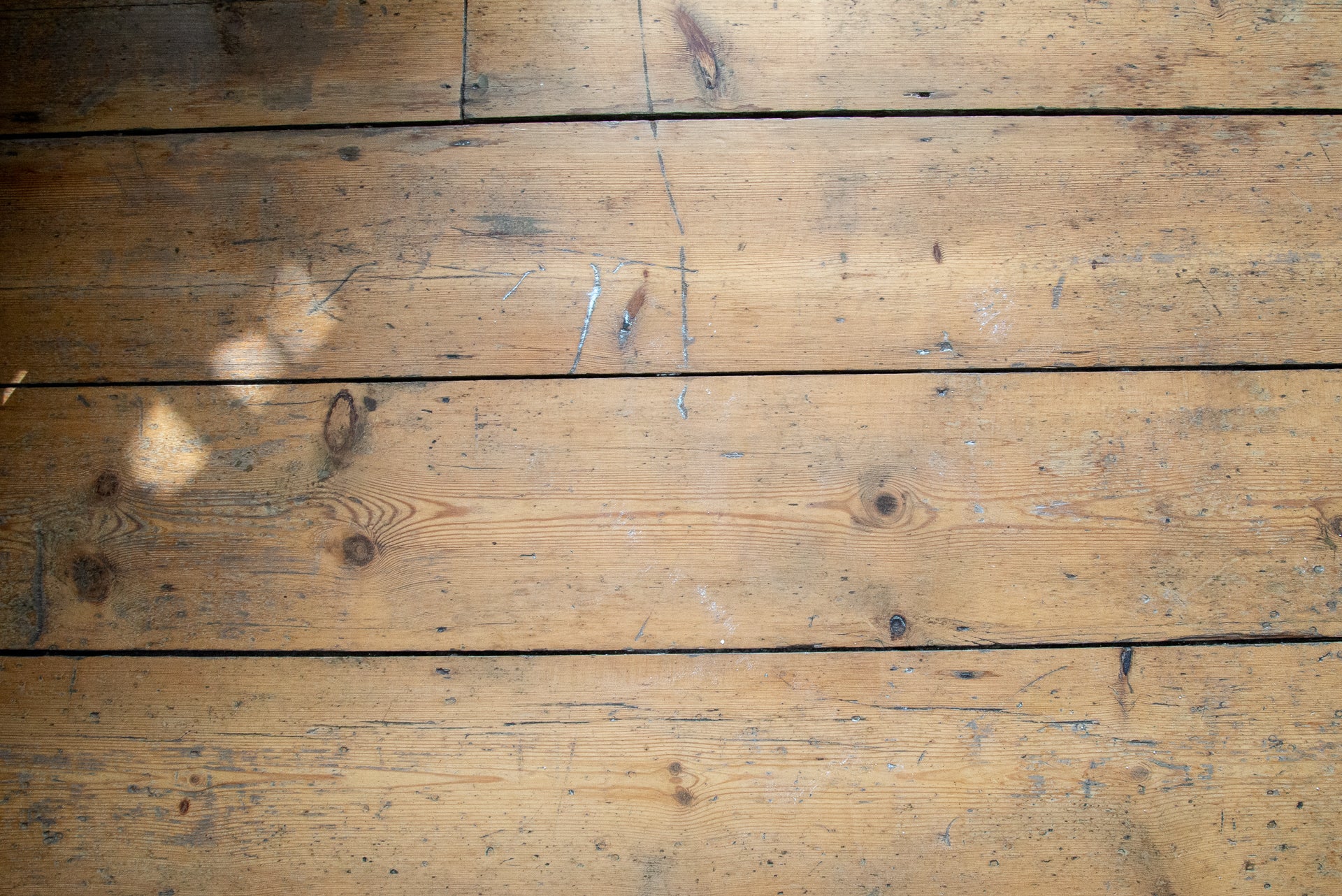 At the side of the room, the Deebot 711 managed to pick up most of the spill, although it wasn’t powerful enough to suck up powder caught in the cracks in the old floorboards. It was a passable approach here. 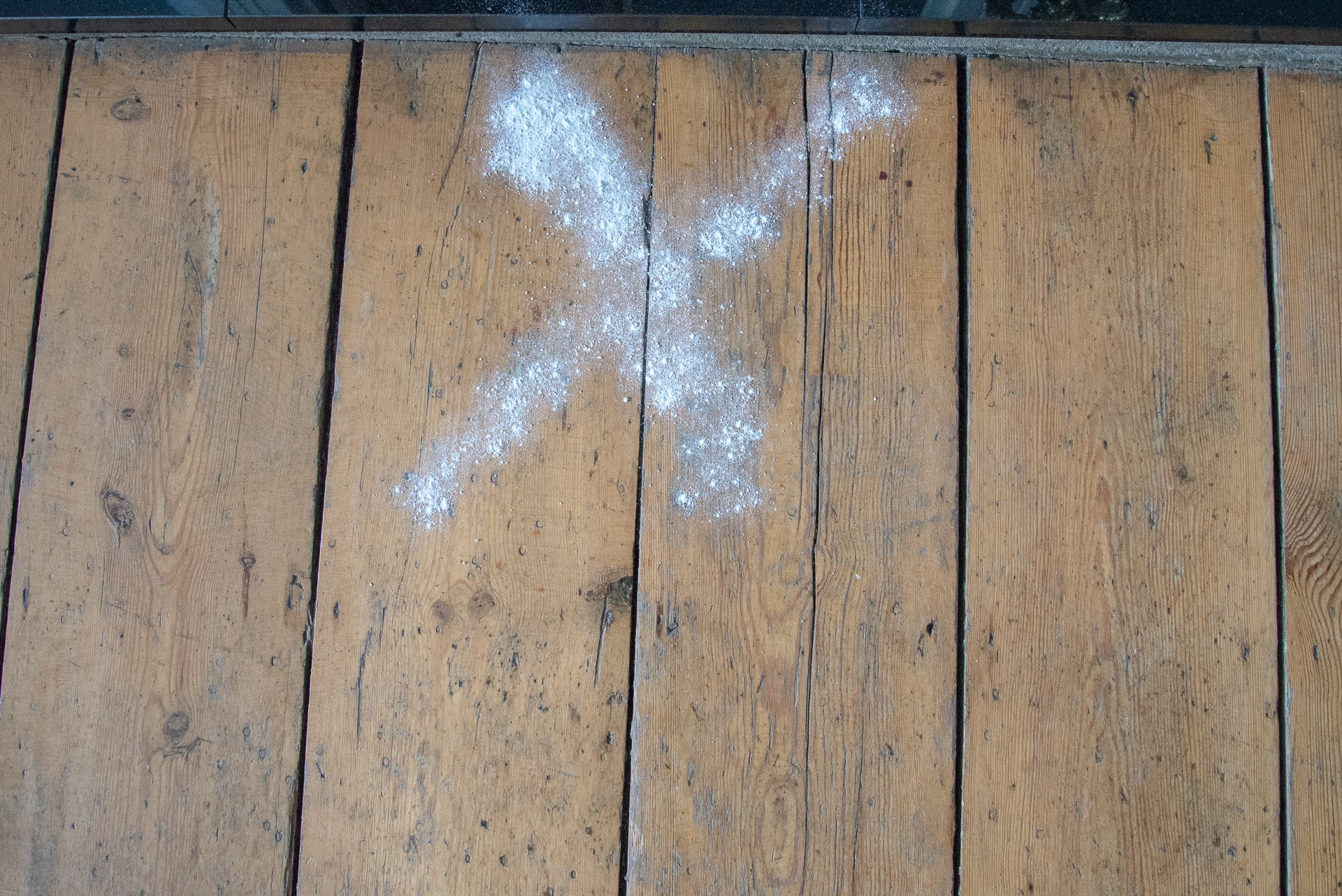 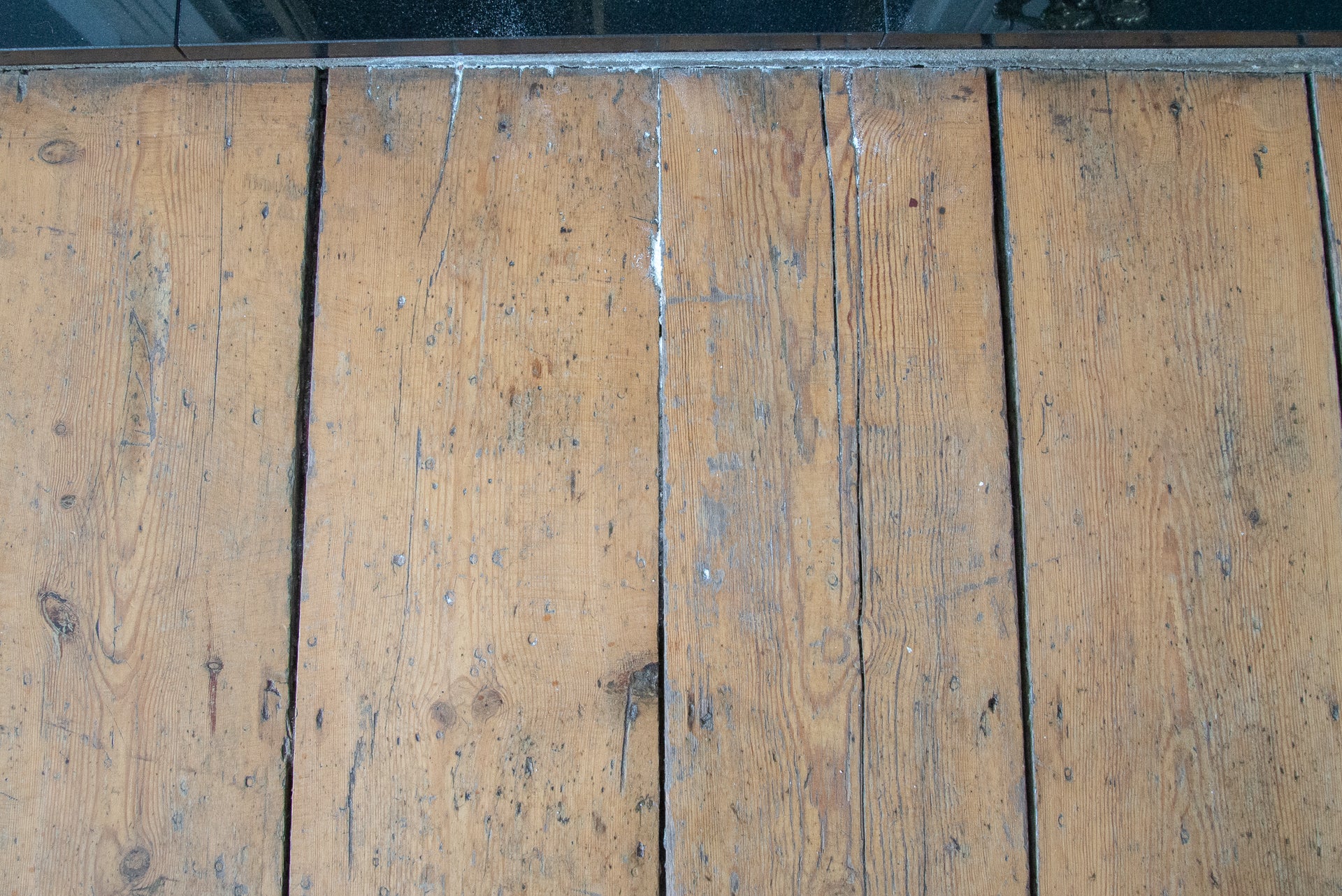 On carpet, the Deebot 711 left a good chunk of the powder left and you can clearly see the outline of the “X” left in the middle of the carpet in the shots below. That’s a shame, as I’ve seen cheaper cleaners do better. 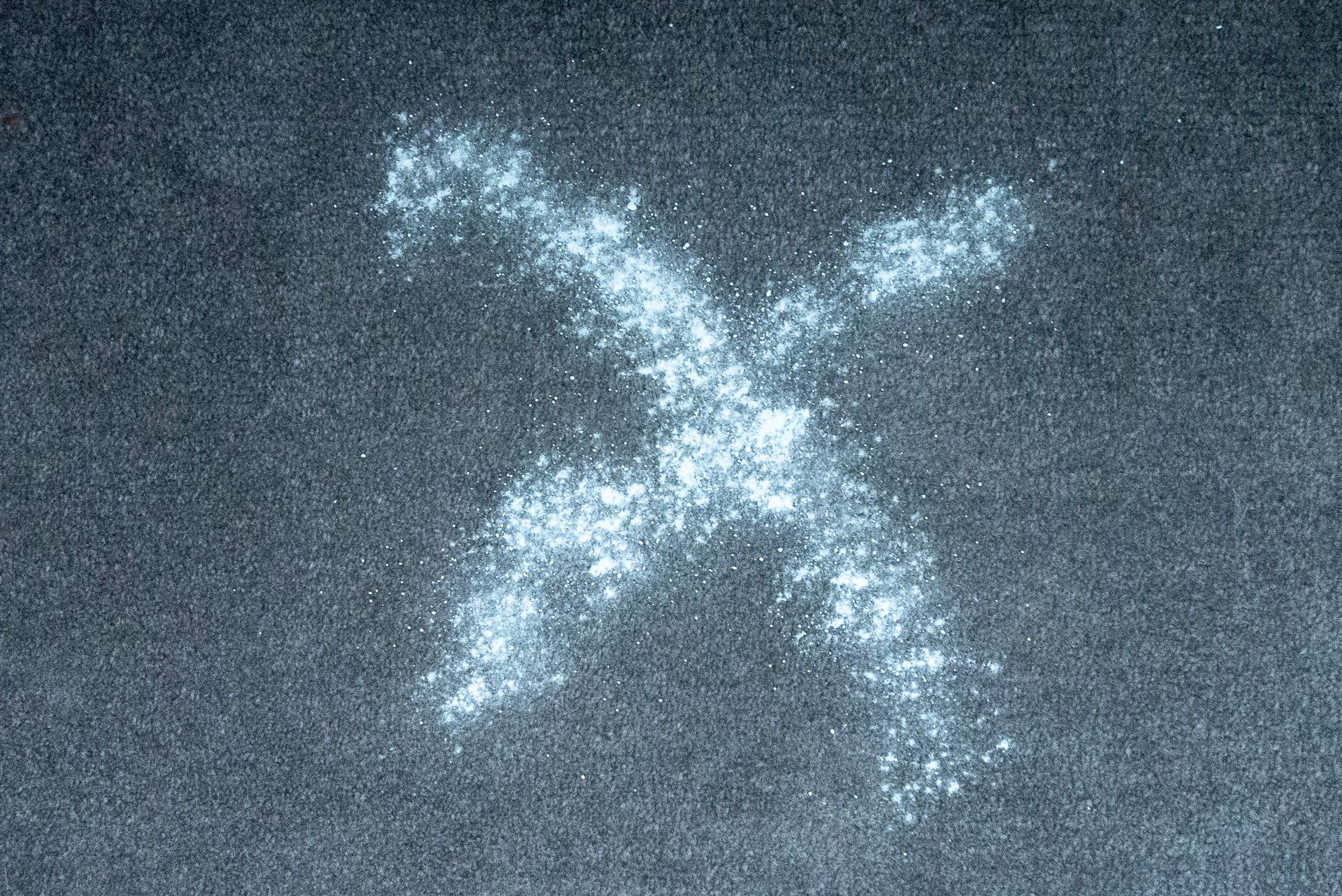 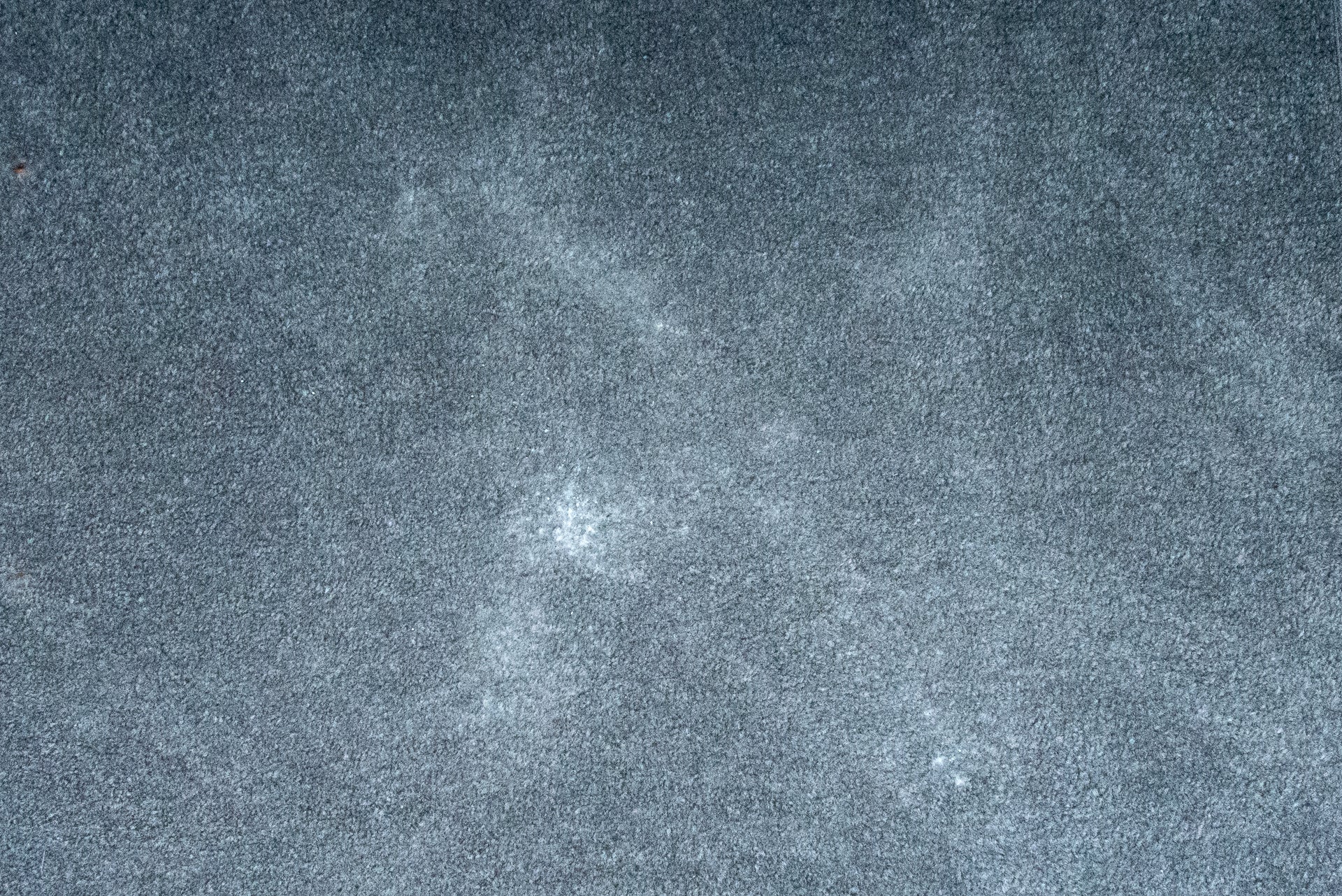 Ecovacs Deebot 711 – How does it cope with obstacles?

With its Smart Navi 2.0 Mapping Technology and vision camera with SLAM graphics algorithm, the Deebot 711 is supposed to be smart in the way it tackles cleaning your home. There’s some truth to this.

Moving around my kitchen, the Deebot 711 avoided objects and gently nudged into the cupboards. It also made some strange decisions. For example, when following a line of cupboards, the robot would occasionally stop and turn into the line, pushing itself against the plinth. Then, it would carry on.

Moving under the table, the robot managed to wedge itself between chair legs, pushing the chair out of the way before asking for help, with a voice coming from the Deebot 711 telling me that the bumper was stuck. Arguably, the cheaper, dumber Deebot N79S does a better job by bouncing around.

There’s a cliff-edge sensor on the robot, which prevented it from falling down the small step into the kitchen.

Why buy the Ecovacs Deebot 711?

On the one hand, the Ecovacs Deebot 711 has a lot going for it: it’s cheap, has proper navigation built in, and it works with Alexa and Google Assistant. In use, it doesn’t live up to that early promise. Navigating around my kitchen, for example, the cleaner would often stop and then bash into items of furniture.

In my cleaning test, it didn’t do as well as I’d hoped for. In fact, the cheaper Ecovacs Deebot N79S, which uses dumber navigation did a better job overall and is a better choice if you’re on a tight budget. If you can afford to spend a bit more, one of the models on my Best robot vacuum cleaner list.

It’s a shame: the Ecovacs Deebot 711 shows initial promise, but at this price the competition is fierce and there are many models from which to choose.

With excellent voice support and a great app, the Ecovacs Deebot 711 should be better than it is. Haphazard movement and below-par cleaning let the side down.