As anyone who’s seen Moon, Primer, Cube or Pi can tell you, a tiny budget doesn’t have to be a barrier to a small creative team with vision and ingenuity. Ultra Ultra, the small Copenhagen studio behind Echo, isn’t short of either. This is a game that doesn’t just work around its budget limitations, but makes the workarounds part of the experience. It’s an incredibly impressive debut and one of the most distinctive games you’ll play this year.

Echo is a work of hard sci-fi in the mould of Iain Banks or Alastair Reynolds, following a lone woman, En, in the very distant future as she attempts to revive a dead lover through a vast, planet-scale machine known as the palace. In a way, the palace is exactly that – a labyrinthine complex of luxuriously-appointed halls, stairways, mezzanines and chambers – yet it’s also something more: a sentient machine that’s watching En and learning all the time. En, too, is more than she seems, though puzzling out her nature and her history from the deliberately fragmented and ambiguous background lore is part of the fun.

Related: Best games of the year so far 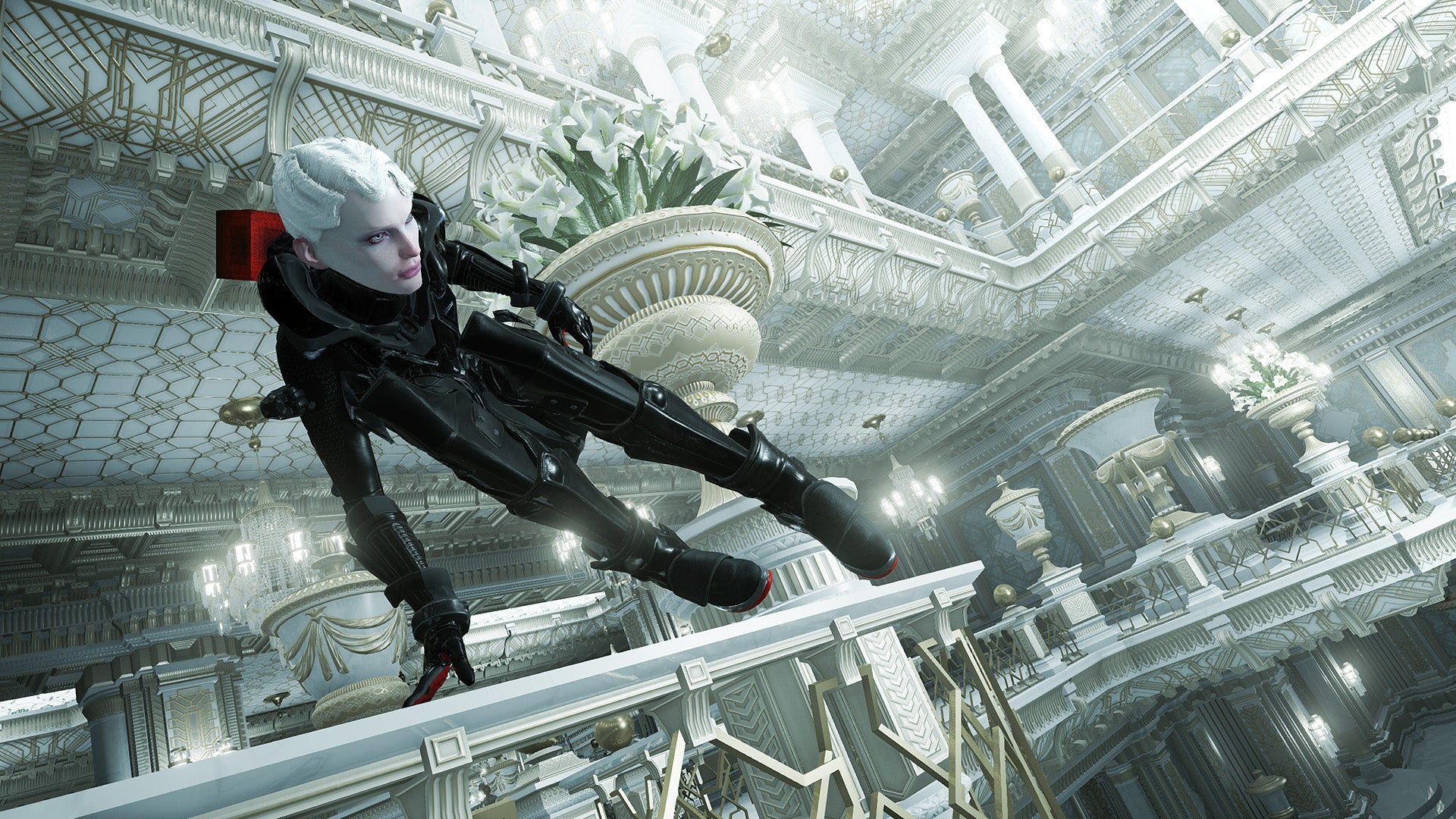 At first, En is free to explore the palace, carrying the cube that stores what was once her dead lover on her back. Before long, though, she’s haunted by menacing figures that grow more and more to resemble En herself. These ‘Echoes’ guard the halls and corridors of the palace, moving to attack En every time they spot her. What’s worse, they’re learning from her and changing to replicate her. En, for instance, has a gun which she can use to fire a few instantly fatal shots. Keep using it, though, and the Echoes gain weapons of their own. The same applies to sneaking, crouching behaviour, stealth attacks, vaulting manoeuvres and more.

This has two effects. On the one hand, the Echoes can now do anything you did in that preceding phase. If you opened doors, used a lift, fired your gun or performed some other attack, then they can too. On the other hand, they can’t do anything you didn’t do in that preceding phase, so if you didn’t shoot or open a door, they can’t do that either during this next light phase. And as the palace can’t see you in the dark phase, it’s a great time for doing whatever you need to do but don’t want the Echoes doing. Blast away, get ’em in a choke hold, open doors – it doesn’t matter while the lights are off. 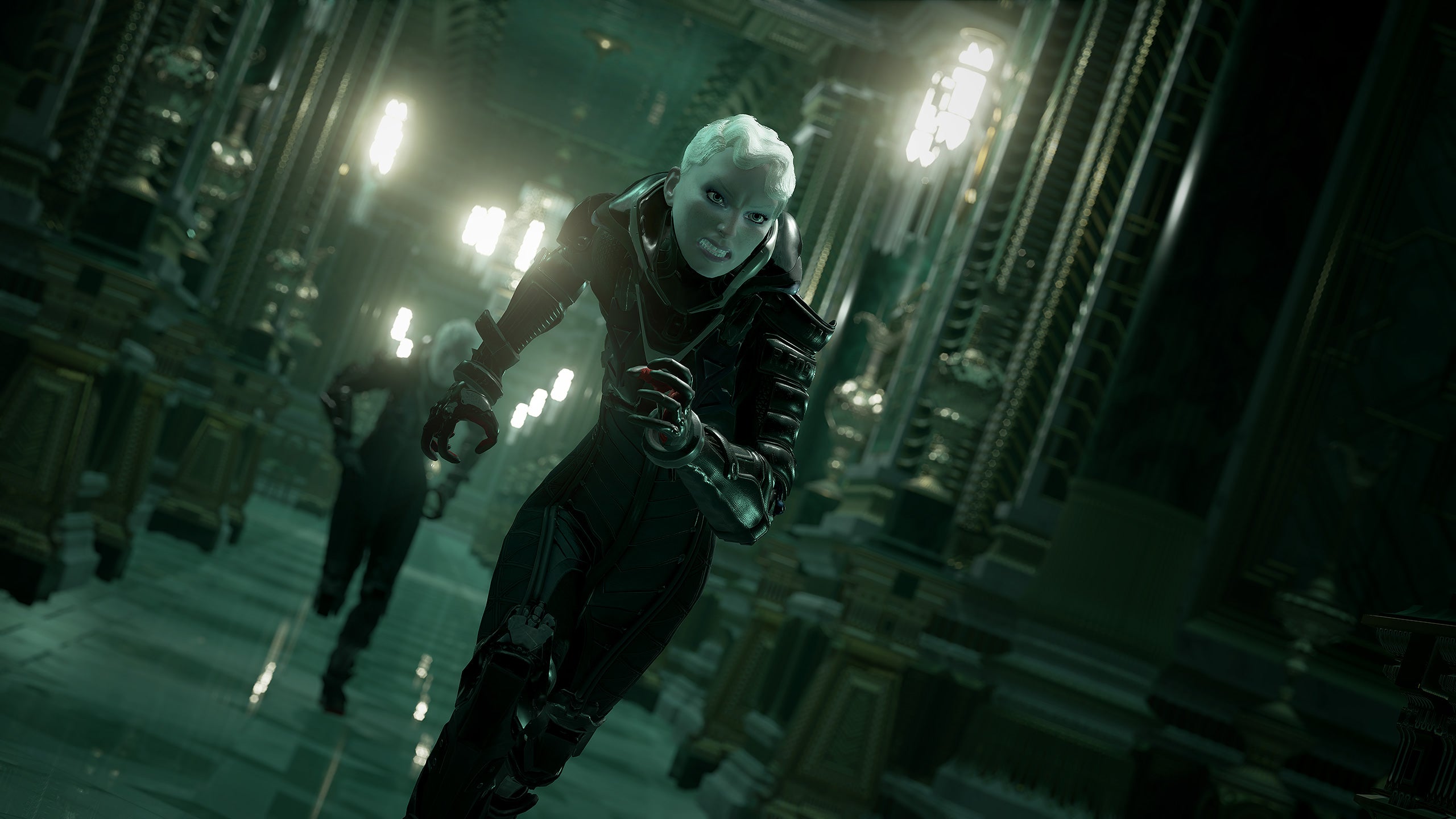 However, En has her own limitations. Her actions are restricted by the energy in her suit, with activities like sprinting, shooting or dropping to a lower floor all using one or more charges from a limited pool. She can recharge using strange glowing masts, but you always need to be aware of how many charges you have left and avoid wasting any.

With all these mechanics in play, Echo blossoms into something that’s part action game, part stealth game, and part a very clever and adaptive puzzle game. Early on En notices that the Echoes won’t cross water unless she crosses water, so you adapt your approach to use the water to contain them and keep your path onwards slightly clearer. Later on, you’ll be doing similar work with doors, lifts and low partition walls, either working out your approach in advance or quickly improvising strategies (often because you botch your first approach).

Either way it’s brilliant; tense, exciting, intelligent and a little scary, especially when those creepy Echoes home in on you, or you find yourself falling victim to the sneak attack you gave them during the last phase.

What’s more, Echo seems to sidestep every pitfall I predicted that it might fall into. It’s a lavish-looking game with spectacular lighting and reflection effects that give it a pseudo-ray-traced feel, but Ultra Ultra is clearly working with a fairly limited set of scenery, objects and textures. Would the palace grow boring over time? Surprisingly not, because the developers keep on varying the colours, theming the architecture and altering the mood. The whole Echo idea, meanwhile, means that you’ll spend most of the game looking at the same character model, yet that isn’t a problem. In fact, seeing En assailed by three or four creepy clones is nightmarishly effective.

I also worried that it would soon become frustrating, particularly in the levels where you have to collect a large number of glowing blue charges from masts scattered around vast multi-level areas in order to open a central pavilion. Luckily, Ultra Ultra was one step ahead there, implementing what are effectively save gates, where passing through stores your progress in between the usual checkpoints. 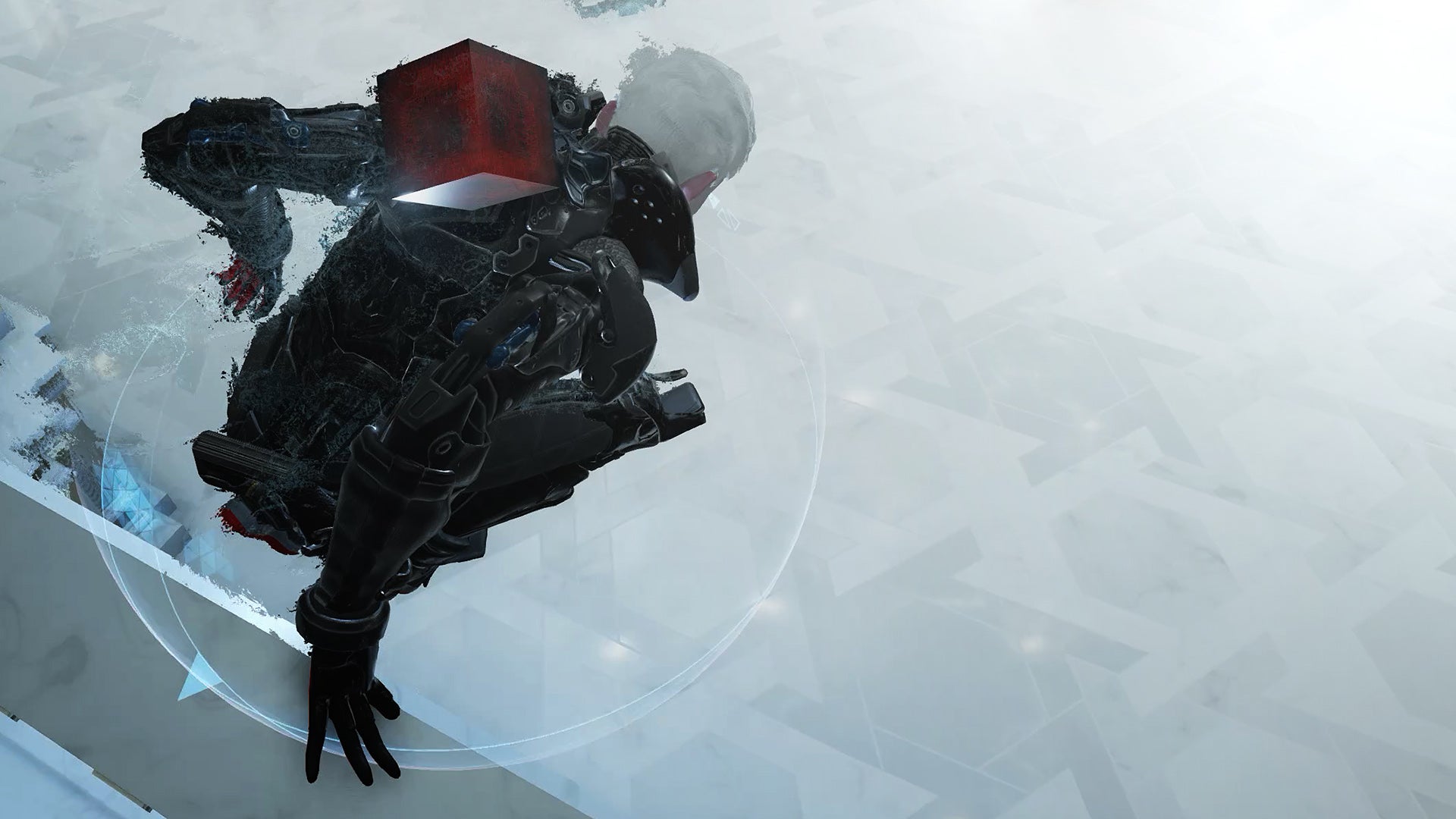 An insta-kill threat introduced late in the game nearly spoils things, but even here it’s more a case of upping the ante than a cheap difficulty spike. And while En’s rather artificially limited move set can be annoying – why can’t she climb up there or leap across that gap? – these restrictions become part of the gameplay rather than faults.

There is a slight sense towards the end that Echo might, just might, be running out of new ideas, but then Ultra Ultra has the sense not to drag things out but to draw them to a close. As a result, Echo is a relatively short game – the sort you can tackle in two or three evenings – but one that works as a coherent, believable whole. And if you want replay value, you’ve got it. Various harmonic devices are scattered around the palace, and hitting them makes a note where the frequency unlocks fragments of background narrative. I barely scratched the surface here on my initial run through, and I’m tempted to go back and find out what I missed.

Echo is a tough game, but not an unfair one. It pushes you to think, act decisively, and exploit the environment and the behaviour of the Echoes, but it never punishes too harshly when you put a foot wrong; you start again, wanting to get it right this time.

And while En is a bit of a cold fish and her only companion is a bitter-sounding disembodied voice, there’s something strangely affecting about the visuals, the music and the sci-fi storyline.

Echo hasn’t hit me in the heart in the way that a Hellblade or Firewatch might have done, but it’s a game I’ll remember. It’s a game that makes me excited about what a studio like Ultra Ultra might pull off next.

Echo is both an impressive debut game for Ultra Ultra, and one of the smartest, most innovative sci-fi action titles I’ve played in a long time. It’s one thing to have a great concept and a brilliant core game mechanic, but Echo makes it an integral part of the storytelling, fully tied into the characters, the narrative and the art.

It’s not quite a fully finished masterpiece, but it’s definitely one hell of a start.