Out of all the initial PlayStation VR experiences, Eagle Flight is the one that I find myself returning to the most. Why? Because it manages to be exactly what I want from gaming in virtual reality. While Ubisoft’s VR debut may not be the first title that sees you soaring through the air, it’s the first that dares to take you out of the cockpit. Eagle Flight focuses on one thing and does it brilliantly.

Set in a beautifully stylized recreation of Paris, the game sees you flying above it from the beaked perspective of an eagle. Ditching analogue sticks for masterfully implemented headtracking, Eagle Flight instantly makes soaring through the sky feel exhilarating. Using only your head to steer, the controls feel immediately intuitive. Let loose on streets awash with overgrown flora, each carefully timed tilt of the head sends me gleefully swooping under buildings, gliding through windows and swerving out of the way of trees.

Related: All the best Black Friday deals in the UK right now 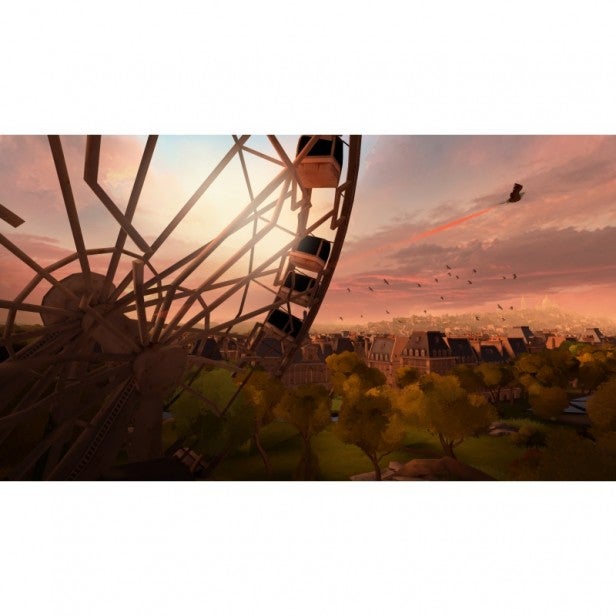 Yet it’s not simply the clever controls that make flying feel through the city so enjoyable. Where most PSVR titles provide a relatively small playground, Eagle Flight revels in a vast expanse to explore. While there are mission icons floating around the city, straight from the get-go you’re free to swoop and glide your way through every nook and cranny.

Thanks to its solid core mechanics, Eagle Flight could have probably got away with being a fun but barebones VR flight sim. Surprisingly then, It turns out that this game actually offers one of the most feature-rich experiences on PSVR.  Boasting a fully fledged story mode, online multiplayer and even a free flight option, this is one of the few VR games that feels like more than a proof of concept.

The game’s story takes a bit of inspiration from Tokyo Jungle. In Eagle Flight’s colorful and cartoony vision of Paris there isn’t a single human to be found. Paris has become overgrown and strangely calm, ruled by the local wildlife that has escaped Paris zoo. It’s a fun and interesting idea, and given the year we’ve had, Eagle Flight’s colourful and human-free world is a reality I’m all too happy to inhabit. 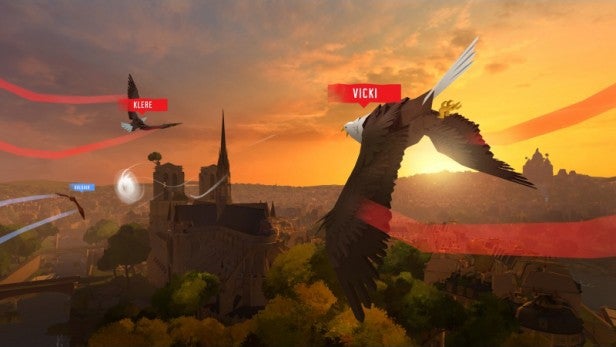 While the setup for the story is fun, those expecting a grand narrative will be disappointed. This is a story mode that’s relatively light on an actual story, instead offering five districts to explore and over 48 challenges to complete. That doesn’t mean it’s not without its memorable moments though, especially the game’s opening hatching scene.

Aside from fleeting cinematic moments, key missions, like the tutorial, are accompanied by a soothing voice-over. These  serve as a way of explaining the current situation of the city and what you must do in order to survive. By and large though, the main crux of the game sees you zooming from challenge to challenge. While simplistic, the challenges are varied enough across three key formats: timed races, icon collecting and combat.

In order to get used to navigating sharp turns at great speed, timed missions see you soaring through glowing hoops, as is video game tradition. These time trials start off fairly forgiving, but soon become pretty intense, as a misjudged turn soon leads to a crash and instant failure. This becomes a particular source of frustration in the game’s other main type of race – tunnel missions. Tasking you with zooming through everything from claustrophobic subway tunnels to The Catacombs, these unforgiving challenges see you ducking and weaving your way through tiny cracks as you attempt to make it to the finish line intact. 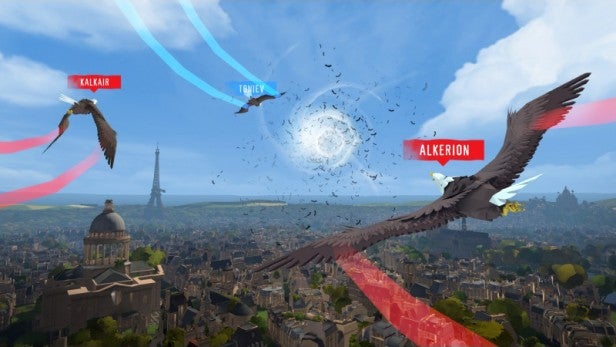 Thankfully, the game’s combat missions fare far better. As you zoom across the skies, these require you to defend your allies from attacking eagles, bats and crows. Armed with nothing put a piercing shriek, a tap of square sends this range projectile hurtling into the distance, felling feathered foes in one hit. Cleverly though, your shriek has a long recharge time, requiring you to time turns and putting you under pressure to correctly predict enemy movements. Thanks to its careful sense of precision, combat is great fun. With the campaigns seeing you face several different species all with unique abilities, sky skirmishes never failed to put a grin on my face.

Unsurprisingly then, the game’s online mode is also a combat one. Tasking each team with capturing a dead rabbit and bringing it to a certain spot, this tense take on capture the flag was a pleasant surprise. While one mode is a bit lackluster, these tense three-versus-three skirmishes are pretty compelling when you manage to get into a match, but finding one can be a painful process.

Online is a nice bonus, but this is primarily a single player experience.  The only other method of competition comes from the game’s online leaderboard,  which compares your times for each missions with your friends. It’s a small touch that those wanting to be the best can appreciate, but I was more concerned with getting enough stars in each event to unlock the more challenging ‘expert’ missions.

Aside from the main missions, in a nice nod to both the subject matter and a certain other Ubi franchise, the game sees you collecting feathers littered throughout the city. Each district will not only contain a set number of feathers to collect but also see you skimming Paris’ lakes for fish. While largely pointless, searching for these items give otherwise aimless flying much needed purpose. Swooping down and catching fish as they propel themselves from the water is a brilliant touch, making me feel like the badass predator that I couldn’t be further from. 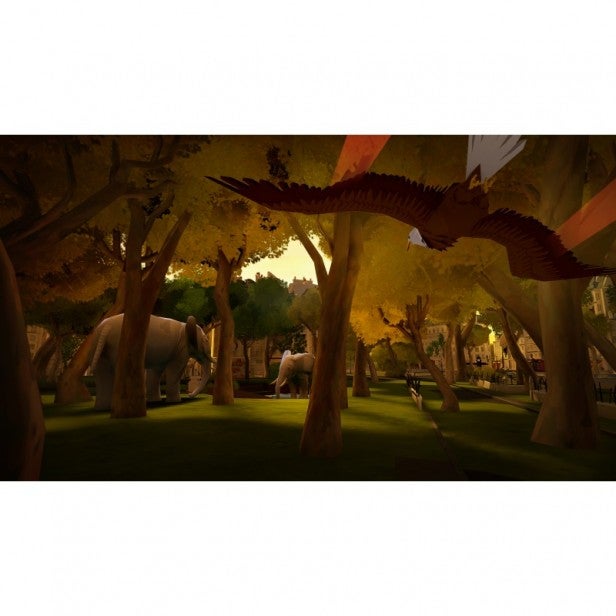 For all it get rights though, there is one serious problem with Eagle Flight. Making sharp turns and zooming through the air feels great, but frustratingly, also puts some serious strain on your neck. Turning quickly to make it through a tricky hoop means snapping your neck sharply from side to side. This quickly takes its toll, making long play sessions a painful proposition. In order to minimise this, Ubisoft encourage you to tilt your head to turn, reducing the pain somewhat. Yet even after making a conscious effort to tilt, in perilous situations natural instinct takes over and I found my neck contorting itself without even thinking. In spite of the (literally) neck-breaking speed, thanks to great head tracking and solid framerate, Eagle Flight surprisingly manages to be one of the more stomach-friendly PSVR experiences.

Eagle Flight isn’t perfect then. It has some frustrating design elements, the online community is a bit of a ghost town and at times-it can very literally be a painful experience. Yet in spite of that, it’s one that I can’t stop returning to.  The feeling of flying is so well implemented and the amount of content is so generous, that this is the VR experience you’ll want to proudly show your friends. Eagle Flight is quite simply, one of the most joyous experiences you can have in gaming and an utterly essential PSVR title.