E-TEN’s PDAs are always somewhat distinctive. When I reviewed the G500 with its built in GPS antenna back in May, a key design element was some piping around the front fascia that glows blue all the time the device is switched on.


Thankfully E-TEN has abandoned that particular characteristic with the M600+ which updates an earlier SIM supporting Windows Mobile 5.0 Pocket PC, the E-TEN M600.


By E-TEN’s own admission, the differences between the two devices are ‘modest’, and that’s what you’d expect from a pretty subtle change in name. 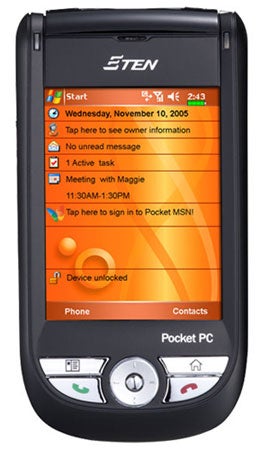 Visually there is almost nothing to choose between the two, with only the M600+ branding having replaced a rather more generic ‘Pocket PC’ on front of the older device (the eagle eyed among you will, at this point notice that the images accompanying this review are of the old model, but the branding really is the only visual difference).


The alterations are all under the hood, and they amount to a general upping of the specs to the point at which this connected Pocket PC has more of what current users demand. And after all, the older M600 was launched way back in December last year, so it was due for an update, right?


So, the E-TEN M600+ is built around Windows Mobile 5.0 for Pocket PC. It is powered by a Samsung S3C2440 processor running at 400MHz and this seemed perfectly up to the task during testing.


There is more than 180MB of free storage space thanks to the 256MB of Flash ROM that is installed. This is pretty generous as Windows Mobile 5.0 devices go, and you can boost the amount further with an SD card which sits in a slot in the top of the casing. 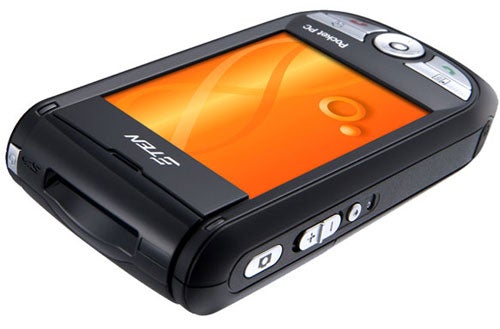 Bluetooth and Wi-Fi are both built in, and while there is no hardware button dedicated to controlling these, one of the many, many software extras E-TEN throws into this device is a Wireless Manager that allows you to turn both on and off and also manage your SIM. It is a shame infra red isn’t here too, but the presence of Wi-Fi opens up the possibility for Voice over IP calling, which might attract some companies installing IP based telephony.


Businesses can further smile when they learn that the E-TEN M600+ has support for Microsoft Direct Push. For ordinary consumers this is nothing to shout about. But if a company runs a network based on Microsoft Exchange Server, the E-TEN M600+ can become a mobile email device, receiving pushed messaging as well as contacts, tasks and other information.

Older Windows Mobile 5.0 devices need a software update to get this feature, though it is increasingly present on new Pocket PCs and smartphones. For those with POP based email there is always the Windows Mobile Messaging centre for email on demand.


The 2.8in 240 x 320 pixel screen that takes up most of the front fascia is complemented by a tiny navigation button and four shortcuts – Call, End, a button which launches the M600+’s speed dial software and another which launches something called M-Desk. 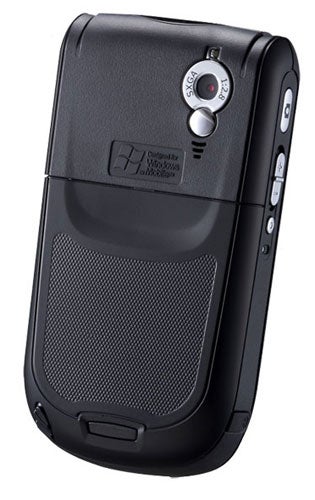 On the left edge there is a volume rocker, reset button, camera activation button, and a small round button that on a long press starts the Windows Mobile voice notes software and on a short press starts the add-on Voice Command software for voice dialling and device control.


The camera activation button gets you into the software for the 2-megapixel camera whose lens, self portrait mirror and tiny flash are on the back of the casing.


One of the best aspects of the E-TEN M600+ shows itself when you use the 2-megapixel camera. The screen is surrounded by icons which allow you to make settings such as changing the image resolution, applying filters and deciding whether to save your image on the internal memory or a memory card. You can toggle these on and off by hitting a toolbar icon on screen. I’ve seen this before from E-TEN, and I don’t think anyone can beat it for ease of access to camera options. 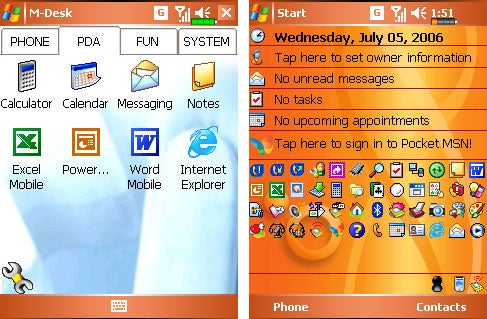 Much of this is pretty standard stuff for Windows Mobile Pocket PC, but where E-TEN shines is in terms of the software it piles on. I’ve already mentioned some of this in passing, but there is plenty more.


The speed dialler presents ten speed dials at a time on screen in huge boxes which are really easy to hit with a finger. Other communications relevant add-ons include Call Filter which lets you set up block and allow lists for callers and Scenarios with which you can create four profiles. Both of these can be configured to have Today screen icons so that with a simple screen tap you are into them.

On the utilities side the already noted M-Desk presents an icon based alternative to the Today screen for getting into applications, while something called Quick Link can show shortcut icons to applications on the Today screen. You can set this up to show just the few applications you use a lot, or go the whole hog and show every application and many settings areas. It looks horrendously cluttered but so called ‘power users’ will love it.


There is also an application for editing images taken with the digital camera in a freeform way and a second one which steps you through various editing tasks including adding frames, applying filters and adding stamps. A well featured backup utility can make backups manually, when the battery gets low and on a timed schedule. 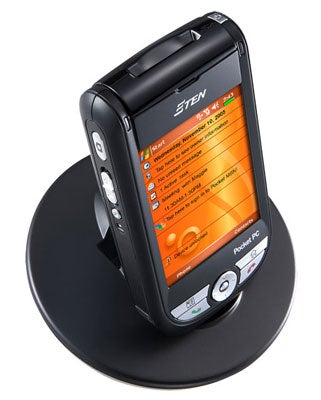 To be honest, some of the added software seems to duplicate features available elsewhere. E-TEN includes MMS and SMS creators, for example. In other cases what’s on offer does not seem to have much practical use. The Multimedia Manager is an example here – it is just a file manager for images, music and video, and duplicates functions in the main Windows Mobile 5.0 File Manager, Pictures and Videos or Windows Media Player software. Still, all this stuff is on ROM and you aren’t forced to use it but it is there if you want to.


Battery life proved to be something of a let down. My standard Windows Mobile Pocket PC battery test involves turning off Bluetooth and Wi-Fi but turning the GSM SIM on, having the screen always on and at half its maximum brightness level and ramping up the volume. I then play music continuously off a full battery charge.


In this case I got five hours 57 minutes of music. I’ve seen worse from Pocket PCs, but also better not least from the already mentioned G500 which managed six and a half hours.


My main problem with the E-TEN M600+ is that it is expensive. When you compare its cost to that of connected Pocket PCs on contract from various UK operators it seems prohibitively so, not least because you still need to factor in communications costs.


But evaluated as an all round device, if you don’t mind an approach to graphics design for the software extras that border on the lurid at times, the M600+ is a well featured and functional connected Pocket PC.