Available on Xbox One (reviewed), PS4, PC
Now, this is how you do an expansion pack. Techland hasn’t followed last year’s surprise zombie-smashing parkour hit with another bunch of quests in the same old settings, nor tried the old Saints Row gambit of bumping up a meaty mission pack into a full-priced sequel.

Instead, we get a new campaign, a new setting and a new campaign that gives us Dying Light with a different spin. If you loved Dying Light it’s pretty much essential. If you never played Dying Light, then the bundling of the original, the existing DLC and The Following makes the new Enhanced Edition even more unmissable.

Like its spiritual predecessors, Dead Island and Dead Island: Riptide, Dying Light was a brutal first-person zombie action games with traces of survival horror and the kind of crafting and character progression you might find in an RPG.

Stuck in the undead-besieged Mediterranean city of Harran, you bash and slash away at the decomposing locals, loot their shops and houses, then use the stuff you’ve found to craft more gruesomely effective means to bash and slash. 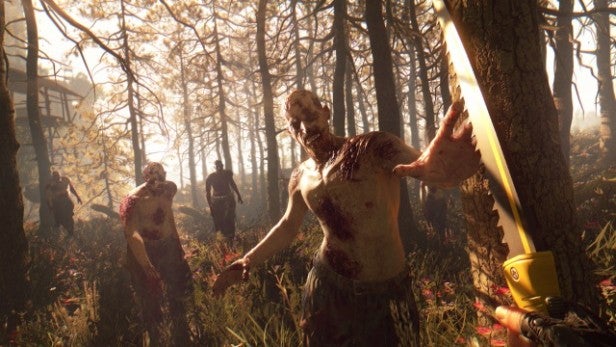 However, Dying Light went several stages better than the two Dead Island titles by combining higher production values and a more rigorous approach to bug-testing with a crucial new element: parkour. In Dying Light, it’s not just packing the meanest hot-rod sledgehammer that keeps you breathing, but having the ability to run and climb faster than your putrid pursuers – even the surprisingly agile ones that catch you on the hop.

At first, then, The Following might seem wilfully contrary. Out go the tightly-designed urban settings of Dying Light to be replaced by a larger rural map where survivors and bandits are locked in fortified encampments while hordes of zombies haunt the roads and fields between them. This doesn’t quite make your parkour skills irrelevant, but it knocks the parkour somewhere off centre stage. At a stroke, Techland seems to have ditched one of the core things that made Dying Light so special.

But then it brings in something new: the buggy. It’s a word we’ve often associated with Techland for all the wrong reasons, but here it’s a vehicle and a hit. Hop in, start the engine, and you’re a zombie-splattering, dirt-track racing speed demon, mowing through the undead masses in your ruggedized off-roader. You’re zipping from one objective to another, dropping any shambling biter that stands in your way.

The Following might have ditched some of Dying Light’s Mirrors Edge/Assassin’s Creed DNA, but it’s found new inspiration in last year’s Mad Max adaptation, GTA 5 and even Just Cause and Carmageddon. It’s discovered a rich new vein of slapstick splatter. 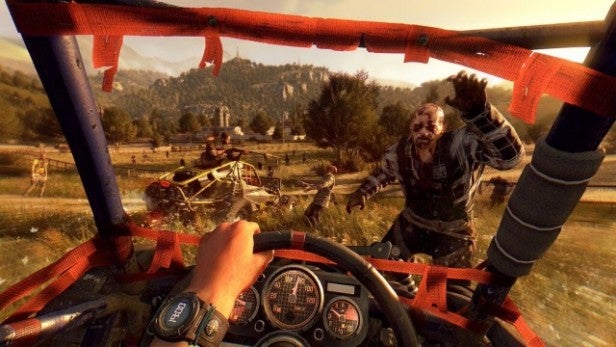 The Following has also found a new plot, slightly more coherent than the one in the original game. You can take your character at any point past the prologue from the master campaign and drop them in the new one: a quest to find out why the people of the rural districts around Harran have developed a resistance to the zombie virus. You’ll encounter new friendly groups, new bandits and a strange religious cult, and run more of the fetch, maintenance and zombie pest control tasks that made up so many of Dying Light’s side and story missions.

It should be mindlessly repetitive, and in all honesty The Following can be a bit of a grind now and then. That’s not helped by a harder difficulty level, designed to test experienced players and characters, which can hit you with too much challenge a little too soon.

The limited durability of your carefully crafted weapons is a regular source of pain, particularly when you have to work to find the blueprints and then scavenge the parts required, and having to keep your buggy refuelled, repaired and upgraded only means more time searching for the necessary stuff. 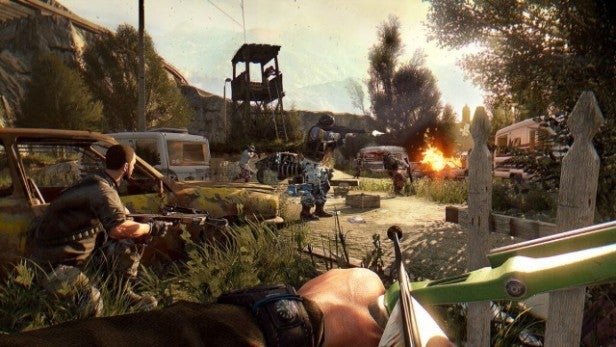 Yet The Following is every bit as ridiculously absorbing and addictive as the base game, capturing the same sense of tension followed by catharsis, as you learn to tackle the zombies that spook and scare you early on. The shift from day to night, where you’re chased by the ultra-tough, aggressive volatiles, remains a source of chills and thrills, and the cycle of slaughter to loot to built to slaughter never seems to lose its buzz, as you craft even crazier weapons with which to strike your foes. Throw in a drop-in, drop-out co-op mode, and it delivers some of the most unpredictable, madcap fun this side of Far Cry 4 (another key influence here).

While Dying Light was a good-looking game, The Following can be beautiful. Techland proved long ago that it could produce spectacular wilderness, as anyone who played the Call of Juarez games will tell you. Some of The Following’s rural idylls and underground caves are plain breathtaking, while the characters seem more detailed and distinctive this time too. 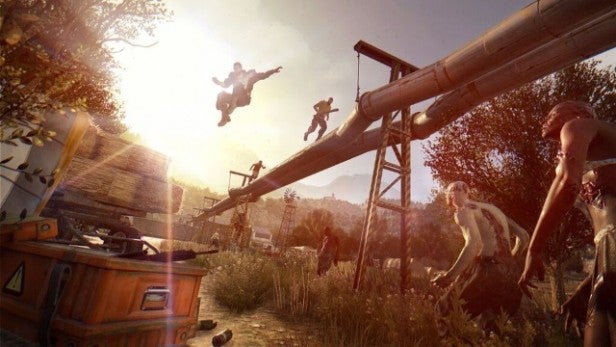 Some silly faults remain. It makes no sense to force you to repeat driving missions under strict time conditions if the buggy loses fuel and retains damage with each attempt. Sure, you can lose a couple of tries scouting for fuel and components then come back for another go, but wouldn’t it be easier just to checkpoint the sequence and be done with it?

It’s possible to stumble upon ridiculously tough uber-zombies long before you’re ready, and you’ll still spot some weird AI and visual quirks. And while you can play The Following without completing Dying Light first, we’d recommend going in experienced and well-equipped. Even the early missions will be tough-to-impossible without hard-hitting melee weapons, molotovs, medkits and firearms, and they only get tougher from there on in.

All in all, though, this is a great expansion that will make existing Dying Light fans happy and give new ones even more to get their teeth into.

Some naysayers still hate Dying Light and deride it as monotonous gore, while you’ll still find some folks too willing to tar it with Dead Island’s bad-but-entertaining brush. Yet this is one of the few games of this generation where we’ve gone in expecting little then been pleasantly surprised, even enthralled. Isn’t that refreshing when the opposite now seems the norm?

Dying Light with less parkour sounds like a disaster, but the rural setting and buggy racing add a whole new dimension to the zombie-slaying mayhem, along with a meaty new adventure. For £20 it’s an absolute steal. The Following might not convince Dying Light’s doubters, but it will please its fans. If you’re not one of those already, this is all the excuse you need to give both campaigns a try.