Techland’s Dying Light was a surprising undead delight. To many, it was exactly what Dead Island should have been without all of the clumsy mechanics and bugs that made the series so underwhelming. Combining brutal melee combat with free-flowing parkour to create a memorable open-world adventure.

The Following, its first major expansion, improved things further with the addition of vehicles and another chunk of land to explore.

Bad Blood is a little different, acting as Techland’s first foray into the hugely popular Battle Royale genre. The studio is hoping to capitalise on the trend with its own twist. 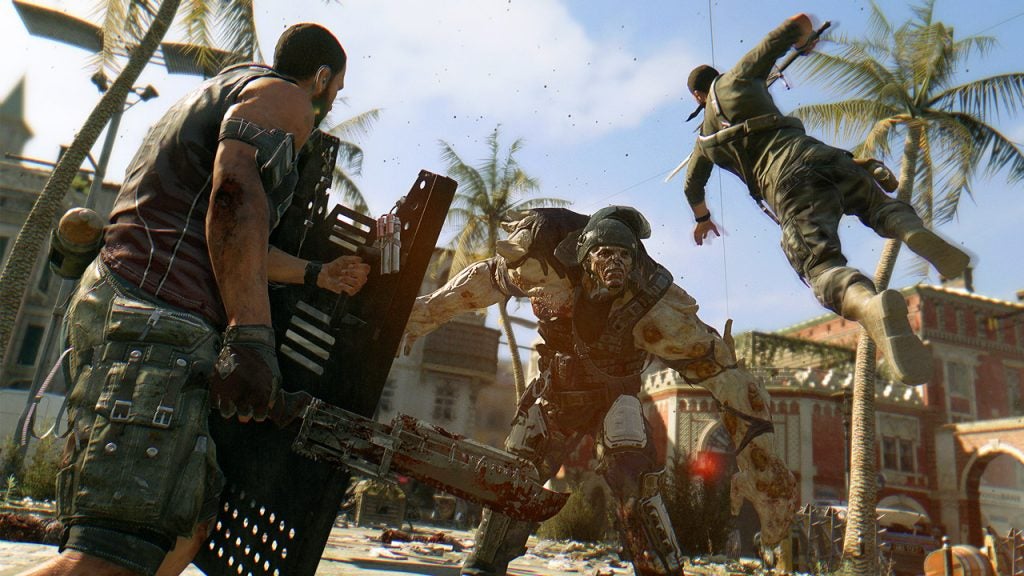 Bad Blood pits you against five other players as you attempt to collect blood samples in a small infected zone. Only one can escape when an extraction chopper is called, meaning its a fight to the death to gather resources and leave unscathed. But you’re not alone. The area is filled with standard and special types of undead, each offering different blood samples which are essential to victory. Collect enough and your means of escape will arrive.

Some enemies will spit acid, causing damage to all standing in the vicinity. You’ll need to take them out at range before swooping in to pick up the spoils. Others are brutish thugs who charge at a moment’s notice, causing massive damage if you aren’t careful. Scattering these high-level enemies amongst weaker undead presents an interesting challenge. You’re consistently forced to adjust your strategy, deciding whether a situation is worth diving into or if the risks outweigh the rewards.

The act of gathering resources in order to escape is stressful enough as it is without adding competing players into the equation. Knowing I could run into another player at any moment amongst the infected was terrifyingly exciting. My first instinct is to run away, but what if they’re holding valuable resources or sitting at a lower level than me? I could take them, thinning out the competition in the process.

This element of pressure elicits the same tense atmosphere beloved by fans of Fortnite and PUBG, forcing you to act quickly and on instinct. Except now you’ve got AI-controlled enemies to contend with in the thick of things. I would have liked undead foes to be more aggressive instead of acting as gruesome window dressing. It feels like they won’t engage until they’re up close and personal which can lessen the tension somewhat. 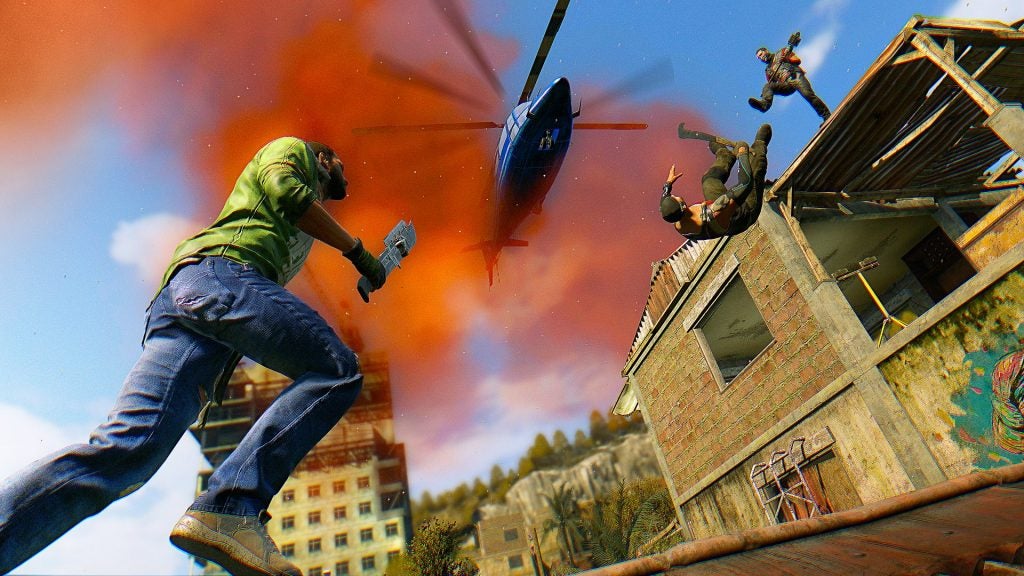 Veterans of Dying Light will feel right at home with Bad Blood. Its controls and first-person perspective remain the same as you vault across rooftops and dropkick zombies mid-stride. Crafting mechanics have undergone some alterations to allow for faster creation of items amongst the chaos. A quick tap of the d-pad when holding components will apply them to weapons, saving you from jumping into the menu, leaving you vulnerable to attacks.

These changes are very welcome and an improvement over the original. Bad Blood isn’t aiming to have the sprawling open world and customisation of its predecessor so developments like this make perfect sense. You’re constantly picking up new items and equipment too so there is rarely a chance to grow attached to gear before its discarded for something better.

It’s unclear whether Bad Blood will launch with a single map or branch out to different locales. The fictional city of Harran is filled with winding highways, dense vegetation and packed favelas, giving Techland plenty of material to play with. Vehicles introduced in The Following would be another welcome addition, although might give some players too big an advantage. Time will tell, but there’s plenty of potential here. 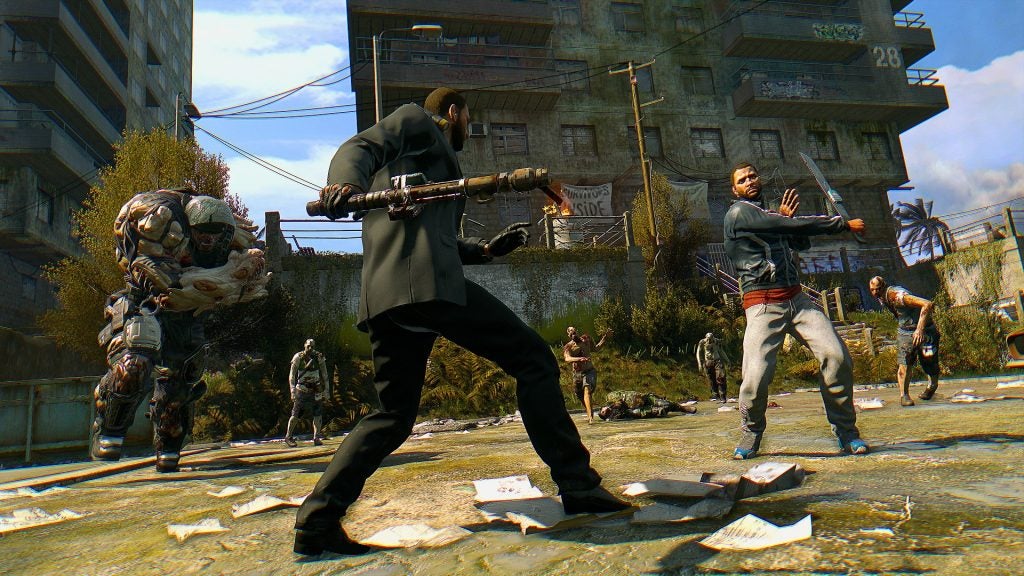 Fighting against other players at this stage does feel a bit clunky. It’s a case of swinging melee weapons wildly until a hit connects, which isn’t easy considering you’ll both be hopping around like idiots. Getting the jump on foes is a good approach to take, particularly when they’re on the cusp of downing a powerful infected. If successful you’ll gain all of their spoils and some experience to boot. Not to mention a powerful enemy will be weakened and yours for the taking.

You’ll level up throughout each round, gaining experience by defeating other players, infected and gathering resources spread across the map. Each level will improve your health and other statistics which can make a huge difference in battle.

To stand a chance in the final showdown it’s crucial to collect enough experience to reach a suitable standing. If not, other players can wipe you out in a matter of seconds. I experienced this first hand, dying right away after encountering someone in the opening round.

The second encounter was a different story. Every round concludes with the surviving players duking it out on a helipad as extraction looms overhead. It’s a beautiful mixture of chaos as explosive barrels surrounding the dropzone create a cacophony of silly explosions. Conquering other players at this stage is a hectic joy, and managing to come out on top during my final round with Bad Blood felt wonderfully triumphant.

Dying Light: Bad Blood is a solid twist on the Battle Royale genre made even better thanks to the excellent foundation it upon which it proudly sits.

It could definitely use some refinement with PvP combat feeling oddly clunky while the map I played didn’t take full advantage of the base game’s parkour and vehicles. However, with a bit of extra polish, this could be one to watch in the bustling genre.