Duke Nukem 3D created a big stir when it first appeared on the PC way back in 1996 thanks to its mix of violence and casual sexism. If the disappointment of Duke Nukem Forever hasn’t put you off the franchise, you can relieve the original game on your Android handset thanks to this faithful port. Be warned, though, the gameplay and graphics are pretty basic compared to many of today’s more advanced Android 3D games. 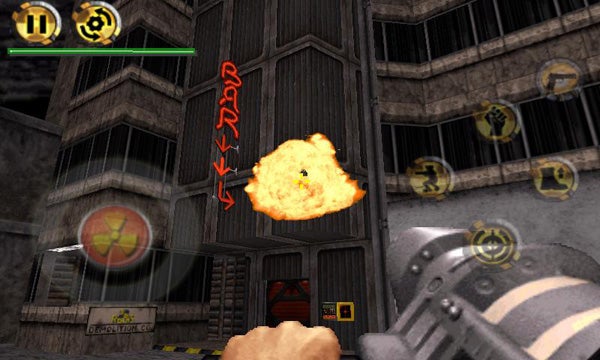 Originally the Android version was ad-supported, but the adverts we so annoying that the developer has now removed them leaving the game all the better for it. The asking price covers episode one, while the two later episodes will set you back another 63p each.

The gameplay and graphics are a bit basic compared to modern games, and some of the humour falls a little flat in this day and age, but Duke Nukem 3D is still fun to play.