What is the Dualit DHM3 Hand Mixer?

Better known for its iconic toasters, Dualit’s Hand Mixer has the same classic styling and performance but is dedicated to light, everyday baking tasks. It will handle up to 250g flour when making bread or pastry, a four-egg sponge batter, 700g of royal icing or 800g of butter cream, and 500ml of whipping cream.

As well as four speeds and a choice of three tools, there’s plenty of nice-to-have extras. These include a retractable cord, plug store, and the option of replaceable parts should you ever need to give it a new lease of life. Plus, it’s available in Metallic Red, Metallic Black, Canvas White and Chrome. 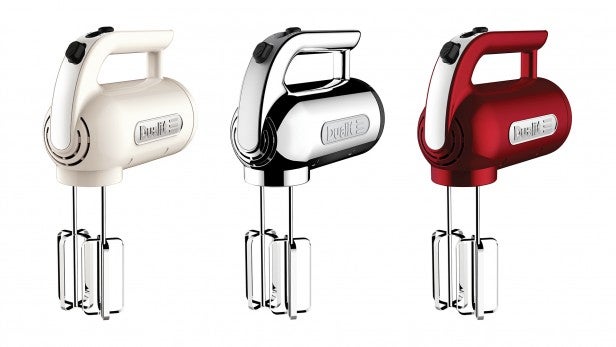 Good-looks are a key feature of the DHM3 Hand Mixer, with sleek lines, subtle curves and a glossy finish coming together to form an appliance that’s as attractive as the rest of Dualit’s kitchen range. I

ts chunky handle is comfortable to grip, with both a slider to control the speed and a tool-eject button within easy reach. At the back, a swivel base doubles as a sturdy flat heel upon which to rest the mixer when it isn’t in use, and as a winder for drawing in the power cord for storage.

Underneath, there are two holes into which the tools fit – one is a circle shape; the other a hexagon. The holes correspond to the tool stems, so you can ensure the right attachment always goes in the right slot. The balloon whisk fits in either hole. Alongside, you’ll find three slots for the plug to fit into for storage.

There are also a couple of recipes provided to start you off. 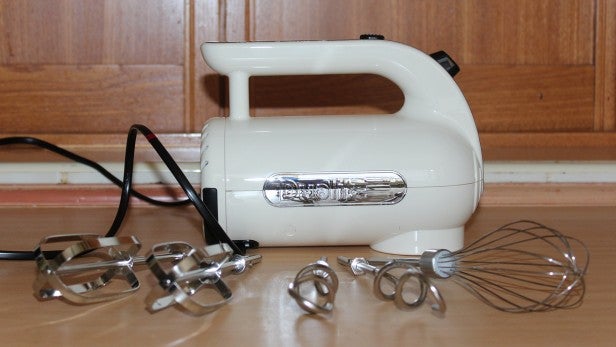 Dualit DHM3 Hand Mixer – What is it like to use?

Like any hand mixer, it’s easy to get up and running. Select a tool, pop it in the right slot, pull out the required amount of power cord and get mixing.

However, one thing that we did find a little frustrating are the time constraints for mixing laid out in the instructions. While intended to prevent the mixer from overheating (it has a clever safety cut-out should you get carried away), we felt they were restricting, especially with the first recipe we tried.

We started by making shortcrust pastry with the dough hooks, softened butter and flour. However, these tools can only be used on speed one, and are designed to be used for a maximum of one minute. This felt very slow; more to the point, it wasn’t enough time to rub the fat into the flour sufficiently.

A couple of times we had to set the mixer down for a few minutes to allow it to cool. After three rounds of mixing, we added water, then finished the pastry by hand as recommended. The pastry was of a good uniformity and easy to roll out to a thickness of a few millimetres without tearing. 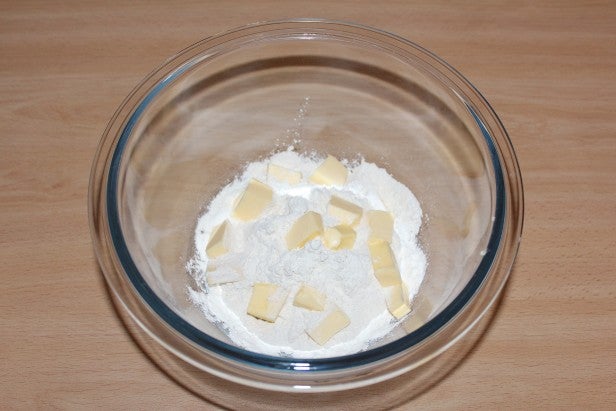 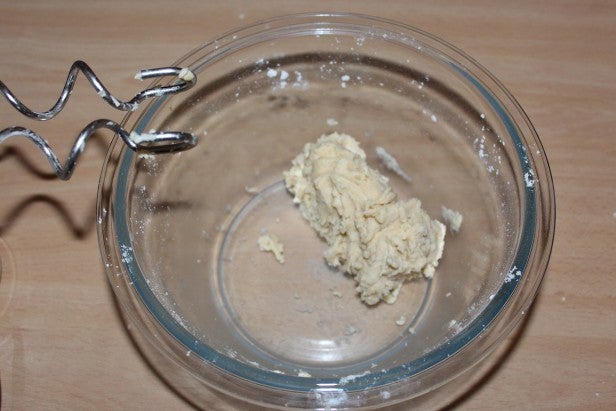 Next, we fitted the flat beaters to cream butter and sugar, with a splash of golden syrup, for biscuits. These could be used up to speed 2 and for a longer run-time of 2.5 minutes. This allowed us to cream the butter and sugar to a pale, fluffy consistency, before mixing in the rest of the dry ingredients.

Using the device for this length of time did make the DHM3’s weight more apparent. It’s slightly heavier than average at 1.45kg, and even with a loose grip, holding the mixer for a few minutes can result in arm ache. However, the DHM3 provides a much easier way to mix biscuit dough than by hand. The final mixture was thoroughly combined and baked evenly.

Finally, we fitted the balloon whisk and used it to whip double cream on speed 3. The maximum run-time for this tool is stated as two minutes, and we were able to whisk the cream to a firm consistently within this time period; we switched to speed 4 for a quick burst of power to finish it.

The attachments were all simple to eject with the button and are all dishwasher-safe, or equally easy to clean by hand. 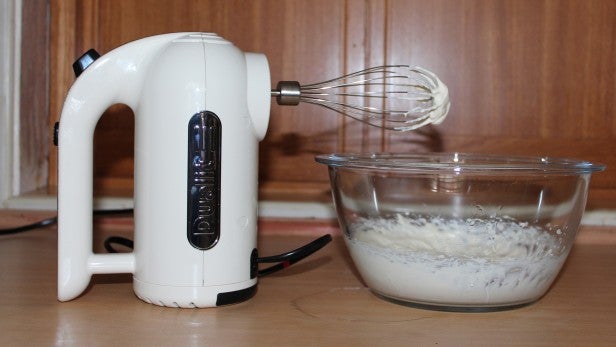 Should I buy the Dualit DHM3 Hand Mixer?

If you only bake occasionally, or want an appliance to take the labour out of whipping eggs or cream, the Dualit DHM3 Hand Mixer is ideal. A mighty motor is a bonus, considering that many similar models have only half as much power. There are no issues with a trailing or tangled power cord, and the availability of replaceable parts give it a feel-good, eco-friendly factor.

However, it isn’t an alternative to a stand mixer; batch bakers may want to opt for a bigger machine, such as the KitchenAid Mini.

This Hand Mixer ticks plenty of boxes – it’s competitively priced, more stylish than many, and simple to store too.