It’s been a while since the Driver series has had any reputation to speak of. After two fine outings of races, chases and high-speed thrills, Driver 3 pretty much killed the brand with its broken gameplay and shoddy handling, and while we loved the cool 70s/noughties settings in the last effort, Parallel Lines, the game still didn’t quite come together.

As a result, there hasn’t been an awful lot of buzz about this new installment, which actually turns out to be a shame. With Driver: San Francisco, the Driver series is back on the map.

It was the gameplay innovations of Driver 3 – particularly its wretched on-foot missions – that put the series in hot water, so its fitting that it’s another gameplay innovation that pulls it back out. The feature in question is ‘shift’. At the opening of the game, hero John Tanner is put into a coma while trying to foil the escape of his nemesis, the evil crime-lord Jericho.

Normally, being in a persistent vegetative state is not the making of a great game hero, but in Tanner’s case he appears to have developed special powers in the process. With a quick press of a button, he can leave his body, move to a zoomed-out view of a city, and then possess other drivers on the streets of San Francisco. With a couple of taps, you can hop from car to car, completing specific missions for certain drivers, or generally driving like a nutcase, doing reckless manoeuvres at excessive speed. 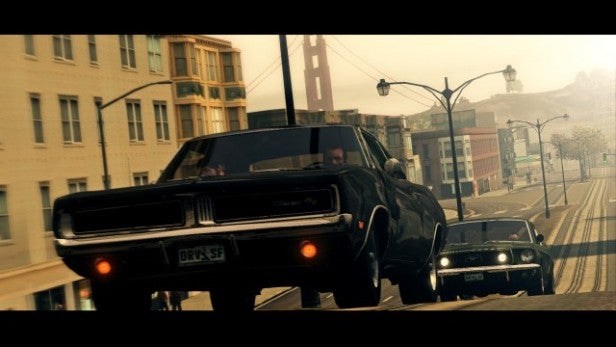 Shift has dramatic effects on the gameplay. While you’re free, within certain limitations, to drive where you like around San Francisco, the core of the game is in its missions, some of which you’ll play as Tanner – the game has a weird ‘Life on Mars’ thing going on where it might all be taking place in Tanner’s head – and some of which you’ll play as the person he’s possessing.

There are street-races, chases, surveillance and spying missions and a wide range of left-field stunt missions to enjoy, but in all of them Shift has a part to play. In one mission, you might find yourself swapping between two racers to make sure both get a podium position, or swapping between two police cars in a hot pursuit to take turns to batter a speeding SUV. In another chase, you might possess oncoming traffic and push trucks and buses into the path of your quarry, while another might see you taking over certain cars to catch specific stunts and bad behaviour on video.

This helps make Driver: San Francisco one of the least repetitive and most surprising driving games we’ve played. Where it could have felt like a poor man’s Grand Theft Auto with the on-foot action taken out, it’s a smorgasbord of racing and chasing goodness, where you’re never short of something new to do. 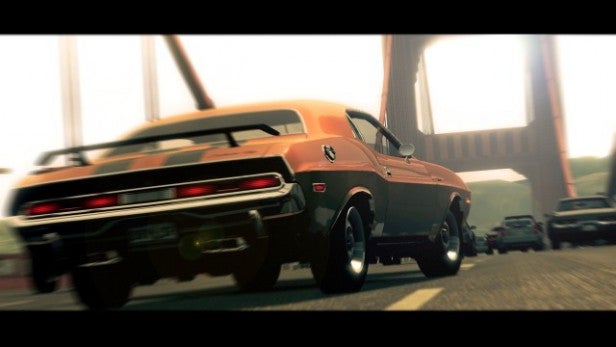 Bored of chasing perps with the blue lights flashing? Why not take a paranoid witness to his safehouse, avoiding the main roads so he doesn’t freak out? The more missions you complete, the more main story missions you open up, the wider the range of your shift power gets, and the closer you’ll be to uncovering what’s really going on. Throw on a fine selection of stunt and speed-challenge side missions, and you won’t exhaust this one in a hurry.

Driver: San Francisco also exorcises the ghosts of Driver 3’s rotten handling. While the storyline is fantasy the cars are real production models, and though the emphasis is on fun rather than simulation, each Alpha Romeo MiTo, Corvette or Maserati has its own distinctive feel. The sense of speed as you swerve through the city traffic brings Burnout to mind, and in a way Driver: San Francisco nods back to Need for Speed: Most Wanted and Burnout: Paradise, even if it’s a more cinematic game.

And if the new Driver does feel cinematic, then its the city – San Francisco – that’s the star. This isn’t quite the real San Francisco – street layouts and elevations have been changed to suit the action – but it’s the San Francisco you know from the chase sequences in Bullitt or The Rock. All the major landmarks and those legendary ramp-like streets are very much in evidence, and if you want to play through some of Hollywood’s greatest car chases, then Driver: San Francisco is the best game to do it yet. 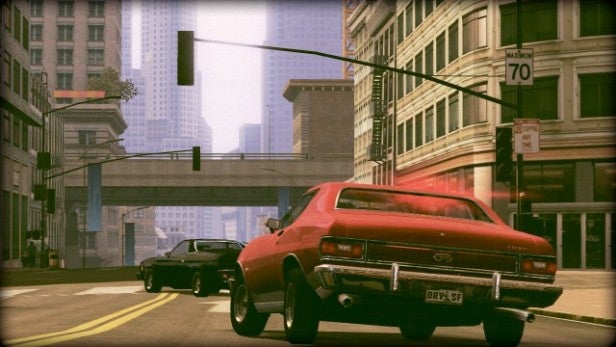 Visually, it’s a stormer. The cars look gorgeous, the city gleams in its cinematic sunshine, and the frame rate never seems to drop. We’ve seen more detailed urban scenery, while pedestrians are a little short on supply (not to mention impossible to hit), but Driver: San Francisco practically exudes cool. The music certainly helps. The funk, soul and gritty blues on the soundtrack is a perfect match for what’s on screen. And while we’re heaping on the praise, the script is genuinely funny. Each situation Tanner finds himself in has its own characters, jibes and punchlines. They all add to the infectious sense of fun. 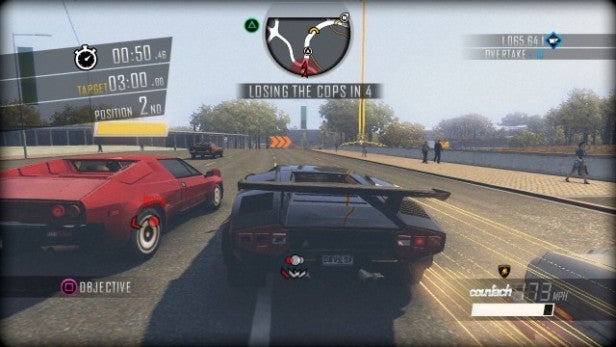 Of course, Driver: San Francisco isn’t perfect. It relies too heavily at times on arbitrary time limits, making completing some missions a bit of a chore, and the game feels like it’s running out of fresh ideas as time goes on. For all the excellent movie presentation, the storyline is more a framework than a compelling reason to play, and Driver: San Francisco only half-way convinces you that this is a city that lives and breathes. Yet any complaints pale into insignificance when you’re playing. Urban driving games just don’t get much better than this.

A superb fresh start for the series, Driver: San Francisco is smart, slightly crazy and packed with cinematic cool. It’s one of the finest urban driving games around.