With far more going on than your usual router, setup is understandably more involved, but it isn’t well implemented. The smartest option is to run the bundled CD, but it is disappointing that DrayTek doesn’t offer a web-based wizard like most modern consumer focused routers and toggling WPS when it doubles as a WiFi on/off switch is needlessly fiddly. 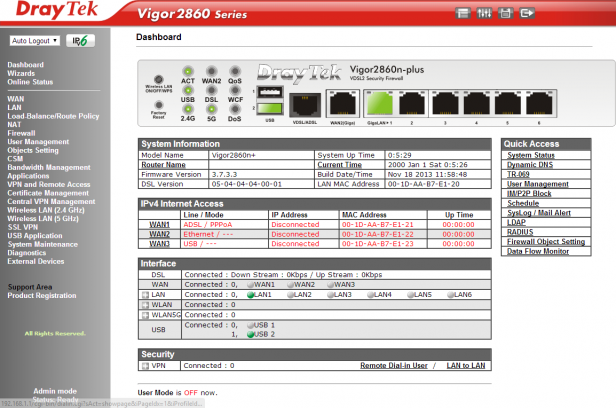 We also have some security complaints for such a business orientated router. Most concerning is the default username and password for its settings are admin/admin – the most common default settings in the history of routers. Users are not prompted to change this so for smaller less tech-savvy businesses this poses a significant risk and it is something most consumer orientated routers addressed years ago.

DrayTek won’t win many awards for its user interface either. The interactive diagram of active router ports is helpful, but the left hand column of settings was seemingly ordered by hitting ‘shuffle’ and sections only expand on at a time which makes jumping between them laborious. There are also no integrated user guides which means the complex UI is even more impenetrable and there is no option for remote management, again something already addressed by the consumer sector with Linksys’ Smart WiFi and D-Link’s mydlink. 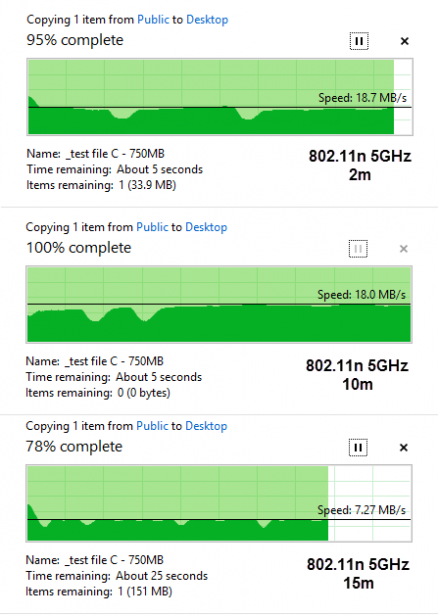 Given DrayTek makes a song and dance about its strict adoption of wireless standards and the optimisations its provides, our hopes for genuine breakout 802.11n performance were high. Sadly they were not met.

Peak throughput here is a big disappointment with speeds around 25MBps not unusual from rivals while the BT Home Hub 5 and Linksys EA6900 topped 30MBps and 40MBps respectively. The 2860NP holds up better at range, but still performs well behind the best in the sector with the EA6900 topping 20MBps and the Asus RT-AC68U topping 15MBps. 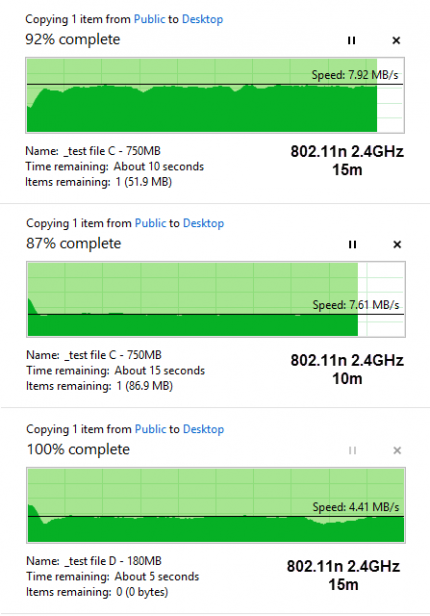 A further point of frustration is the 2860NP does not auto detect a clean wireless channel like most modern routers. Consequently, while these speeds are disappointing, they were still only achieved after a lot of manual adjustment.

Finally, USB network performance (something which must be manually enabled in settings) was nothing to write home about, coming in at 3.3MBps (26.4Mbps), though it will be acceptable for standard file access. Still there is another caveat: the 2860NP only supports FAT32 formatted drives up to 1TB, again this is out of date.

Should I buy the DrayTek Vigor 2860n Plus?

Time was we’d ask: ‘Are you a business?’ If the answer was yes, then we’d suggest you buy a DrayTek router. For some companies this will remain the case. Once setup the 2860NP has more extensive security features than any consumer-orientated router and those with particularly savvy networking teams will be able to offer a level of customisation and specialisation rivals cannot match.

That said the significant rise in the quality of consumer routers and the commonplace adoption of features like WPA2 security, guest modes, VPNs, QoS and Gigabit LAN mean that for most small and medium businesses they no longer need pay vastly more for a DrayTek product. It is worth noting that most of these routers are also much easier to setup and have intuitive settings so casual users may actually get more from them.

A further kicker is wireless performance. We respect DrayTek’s decision to hold off on 802.11ac until ratification, but its 802.11n performance over both bands is substantially behind most consumer-focused rivals and requires manual adjustment. With 802.11c speeds topping 70MBps (580Mbps) a product which cannot top 20MBps (160Mbps) is well off the pace, notably when its business focus means it will share its bandwidth with many more simultaneously connected users.

In many ways the 2860NP maintains the DrayTek standard. Is it very well built, features a vast array of informative activity lights and physical ports and more security options than any consumer router. This tends to be enough for most reviewers to give DrayTek products maximum marks and move on, but the issue is not so simple.

Quite frankly the gap between what DrayTek routers supply and what is now standard on many premium consumer routers has shrunk considerably while most also provide far better 802.11n performance with 802.11ac available at a fraction of the price. We’re also disappointed in the DrayTek setup process which is outdated, needlessly complex and – more surprisingly – insecure in places.

Make no mistake for many businesses with complex security needs DrayTek will remain the only option and its differentiators are worth the extra expense. That said we’d suggest you look carefully at your needs because if you’re not sure you need a DrayTek router, these days we’d suggest you probably don’t need one.