At the launch of this new version of its market leading speech recognition software, Nuance left the Big Feature for the end of the presentation. As if revealing a cure for global warming, the presenter declared “You don’t need to train it to your voice.” Well that’s handy, just install and go straight out of the box, but I think we’re still in line for a string of hot summers.


You can start using Dragon NaturallySpeaking 9 (DNS 9) straight away, by clicking on the Skip Training button in the installation dialog, but even in version 8, initial training only took around 20 minutes and you only had to do it once. Version 9 works better if you do the training and better still if you also let it sift through your Word documents and emails to adapt itself to your writing style.


This it does capably enough, though if you have a lot of files, it takes a good coffee break to get it finished. You wind up with a long list of words special to your own vocabulary, which you have to train the program for pronunciation. So when Nuance says you don’t have to train it, there are provisos.

There’s very little ostentation about DNS 9. It doesn’t have any flashy screens to show, as it does nearly all its work behind the scenes. Probably the most common use of the software is to dictate into Word. It’s closely integrated with several modules of Office, but can be used in virtually any Windows application, for both dictating text and issuing commands.


The Standard version (£80) covers basic dictation into and control of Word, Outlook Express, Internet Explorer and AOL, while DNS 9 Preferred (£150) handles most Windows applications, including Excel and WordPerfect. It also supports Bluetooth headsets and mobile devices. Professional (£645) can do all that Preferred can, but is networkable and includes support for array microphones, multiple custom vocabularies and voice commands. As well as these three, you can buy DNS 9 Preferred Mobile (£200), which comes with a Philips digital recorder for £200, as well as the Wireless version, reviewed here.

Nuance claims a recognition accuracy of 99 per cent for DNS 9, meaning you should only see one word in a hundred misrecognised. On test, we were getting more errors than that, with perhaps one word in 30 needing correction. That’s still over 96 per cent accurate, though, and dictating represents a considerable speed improvement over most people’s typing. Past experience suggests that accuracy improves with use, too.


The DragonBar is a taskbar-like strip which can sit at the top or bottom of the screen or cling to whichever is the active window. As well as showing whether the microphone is active and giving an indication of microphone level, it’s the way into all DNS 9 controls.

Here you can select users, in case you have several people using the software on a single PC, work on the accuracy of recognition by extra training – that word again – and edit your individual vocabulary. Although DNS 9 learns the words you use as you dictate to it, you can also add in specific ones, to boost its knowledge of your specialist subject areas.


It appears that the programmers at Nuance have taken some note of common problems in the new release. Try as we might, we could never get version 8 to recognise ‘A4’ as a commonly used paper size; it would always go for ‘a four’. Version 9 gets it right, but has a few of its own idiosyncrasies. For example, it renders ‘recognise’ and all its variants with a ‘z’ rather than ‘s’, even when UK English is selected (actually the use of a ‘z’ is true English, but that’s another story – ed.). 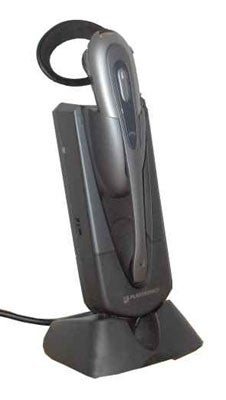 The program responds best to complete sentences or at the least a clause at a time. It’s most likely to make mistakes when you say individual words. To correct it, you say ‘Select’ followed by the misrecognised word or phrase and a list of likely alternatives pops up. You can usually select the correct alternative by saying its number in the list, but if it’s not there, you can train it by adding a new word to the vocabulary.

With the Preferred version of DNS 9 you can control things like email with your voice and if you get a lot of emails, it can cut back time spent on this major task each day. The more applications you use with DNS 9, the wider the vocabulary you’ll need to control the program. Most commands are pretty logical, but if you get stuck for what to say, the well-named command ‘What can I say?’ calls up a useful help panel.

DNS 9 is more flexible than previous versions, and can take input from a wide variety of different sources. It works with Bluetooth headsets, digital voice recorders and even Palm Tungsten and Pocket PCs. Record on the move and you can then dump your sound files back to your desktop PC when you synchronise. A new DNS 9 feature enables you to trigger automatic transcription of audio files that are saved into a designated folder.


One of the annoying parts of using earlier versions of DNS was that you pretty much had to use a cabled headset to get good accuracy. Although version 8 would work with a Bluetooth microphone, most people found it hard to get satisfactory results.


This time round, there’s a wireless version of the Preferred option which comes bundled with a Plantronics CS60 DECT-based wireless headset, which can be worn attached to one ear or with a headband and can also, usefully, double up to answer Skype calls. From early tests, it appears to offer adequate sound quality for good recognition. The headset comes with its own charger and needs no drivers; just plug it into any available USB port.


Speech recognition has been The Next Big Thing for so long many people had begun to lose hope. The increase in recognition accuracy, the ease-of-use and the price points of this new round of Dragon NaturallySpeaking are enough to make you want to give it another try. It really can save you a lot of time. And yes… of course, this review was dictated entirely using Dragon.