Doro is a company that turns negatives into positives, making missing features a feature. It makes phones for the elderly, infirm and severely technophobic. So you wouldn’t imagine it would branch out into smartphones, would you? It has done just that with the Doro PhoneEasy 740, an Android-powered phone designed to be supremely easy to use.

Android is not an obvious pick if you want to make a smartphone simple to use. It’s too tweak-able, too geek-oriented and just not as simple as something like iOS. And that’s why Doro has made its very own version of Android to take everything down a notch. 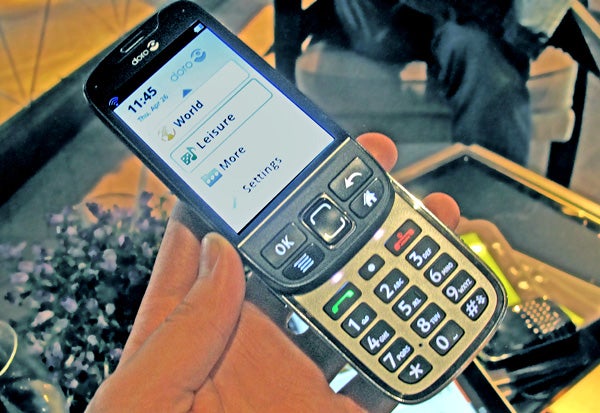 The PhoneEasy 740 is a little unusual in its hardware too. It’s a slider phone that matches a capacitive touchscreen with a full set of large soft keys and a T9 numerical keypad. Doro says that the idea is while it offers smartphone power and potential, it’ll let you treat it just like an old fashioned mobile – it can be operated with buttons alone.

It does this with the help of the Doro Experience. It sounds dramatic, but it’s actually just a custom UI that sits atop the core Android engine running underneath. 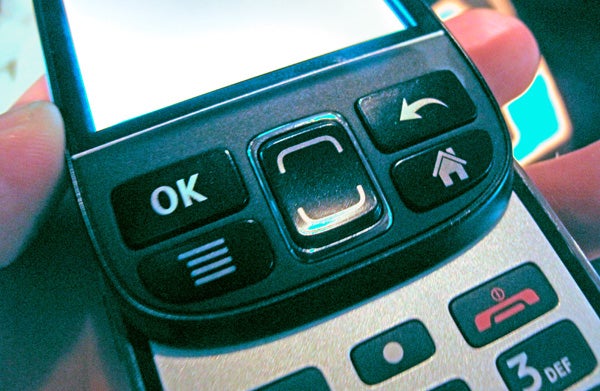 The Doro Experience radically rethinks how Android works, though. It ditches the idea of the home screen/apps menu layout in favour of a single, vertically scrolling menu. The Google Play app store is also gone – Doro says its buyers will only be turned off by the dizzying array of rubbish on its virtual shelves. In its place there’s Doro Selections, which is nestled within the menu rather than being shown-off on the top level. Only a few select apps will be given access to the store, once they’ve been deemed of interest to the Doro demographic. 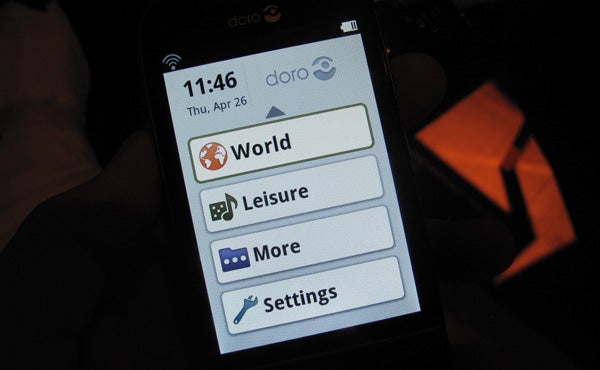 Few have been confirmed, and the best so far is one of Doro’s own. It offers access to Facebook, but – like the phone UI – hides all the unnecessary formatting and social networking terminology, distilling everything down to basic terms like “messages” and “pictures”. PMs and pokes begone. It’ll do the same for Twitter, too.

This vanilla-ification may seem like overkill to many, but could prove a way for the truly tech-savvy to communicate with the stubbornly technophobic. A way to trick then into jumping across that divide – most likely a generational one.

Wafting away Doro’s anti-tech bug spray for a moment, the PhoneEasy 740 features Bluetooth 4.0, Wi-Fi and 3G mobile internet connectivity. Having this good spread of connections will provide the phone with quick online communication, further helping to mask the technical skulduggery going on behind the scenes.

Several other specs rise above the Doro norm too. The 5-megapixel camera is well above what we expect from the manufacturer’s usually-basic phones and – common in Doro devices – there are some thoughtful implementation of such extra bits too. On release, there will be a magnifier app that uses the camera sensor to blow up small text, turning the PhoneEasy 740 into a virtual pair of reading glasses. Its usefulness will depend on how good the camera autofocus is, and how close-up the sensor can focus, but it’s a neat idea. 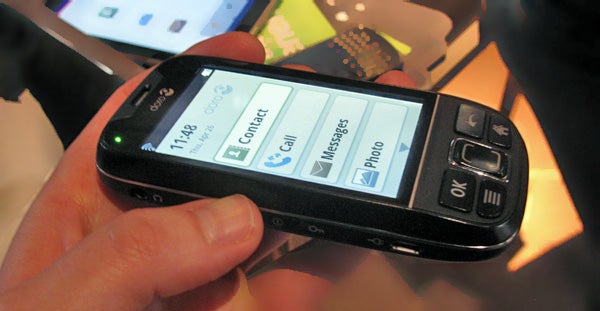 The screen is also a big step-up for Doro. It’s 3.2in across and has 320 x 480 pixels. Display quality and screen resolution don’t compare well with “proper” Android phones, but the touchscreen is reasonably responsive and the backlight nice ‘n’ bright.

However, the PhoneEasy 740 would come across as a bit of a gimmick if it didn’t pack-in core Doro features too. There’s still the unusually prominent “extra loud” speaker on the back, compatibility with hearing aids and the emergency button. This calls and texts a series of pre-selected numbers whenever pressed three times in a row. 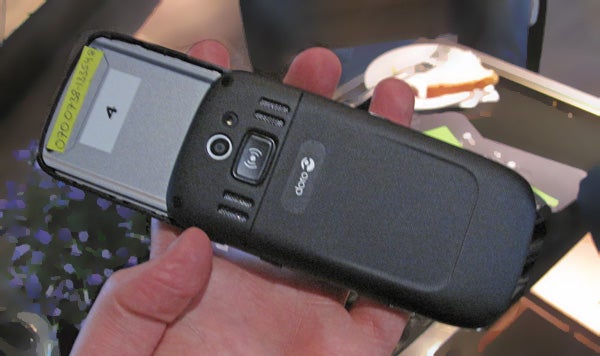 Like every Doro phone, any praise we lavish on it comes with some pretty serious caveats. As the company admits, its phones really aren’t for everyone. And if you’re reading TrustedReviews looking for your next mobile, it’s probably not for you either. However, if you want a phone with advanced capabilities that seems simple, we’re yet to see anything quite like the Doro PhoneEasy 740. We’ll be back with more impressions when the phone’s released in September.