What is the Doro PhoneEasy 621?

The Doro PhoneEasy 621 is a phone designed to be supremely easy to use. For older or technophobic phone users, especially those with arthritis or visual impairments, it will likely be much handier than one of Samsung’s flashy Android phones or an iPhone.

It’s designed to cater to a specific market and some of its periphery features are so basic as to be virtually useless. However, it’s also a high-quality well-made phone that we’d be happy to rely on. 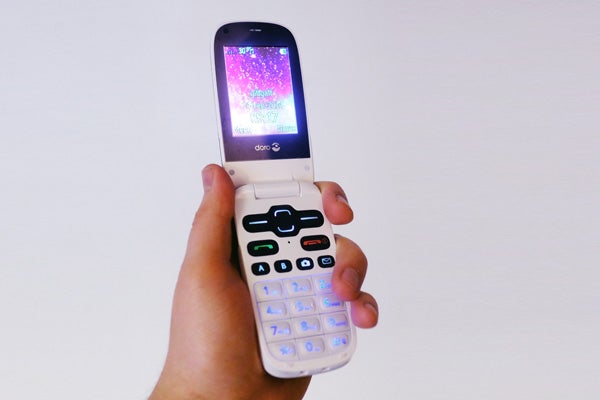 The Doro PhoneEasy 621 is a clamshell phone, something that’s extremely rare these days. However, it’s a practical design as it means the screen is protected when the phone is not in use, and it gives the number keypad lots of room to breathe.

Although the entire phone is made of plastic, it feels well-made. The smooth action of the hinge, the thickness of the plastic and the general heft of the PhoneEasy 621 all make it feel like a quality mobile. As it costs £100, we would be disappointed with anything less. 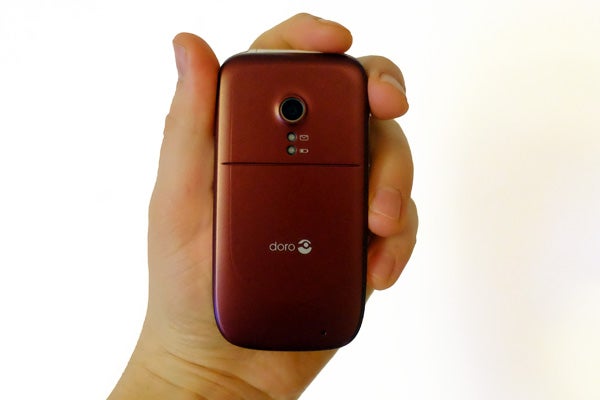 The Doro PhoneEasy 621 comes in a couple of different finishes – the two-tone white and red we have here and dark grey. A white button surround gives the phone a higher-contrast look that may be useful for those without the sharpest eyes. And we think it looks better than the grey version anyway.

In the box you get a charge dock as well as the phone itself. This lets you simply plonk the phone down to charge it, and the dock has cleverly been weighted a little so that it won’t fall over if you put the PhoneEasy 621 down at an askew angle. There’s an LED that flashes red on the front of the phone so you know it’s charging.

Unlike some earlier Doro phones, the PhoneEasy 621 uses a microUSB charge socket, both on the phone itself and the charge dock. This is the kind of socket used by the vast majority of phones – iPhones being the only major models that don’t use it. 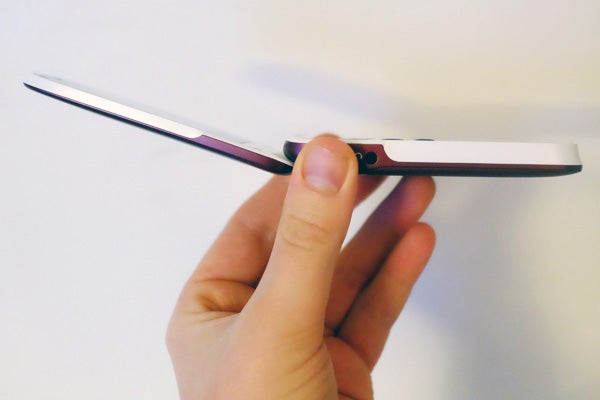 This phone has a removable battery that you can easily replace, unlike some of the most popular smartphones out there. The battery cover on the back pops off, and there’s a little ridge on the rear to help you do just that. Replacements cost £30 from Doro direct, but you can also find deals on eBay.

As you might expect of a basic phone, the PhoneEasy 621’s battery life is far better than that of any smartphone. Without any pushing of emails to the phone, the battery can last for the best part of a week without a charge. Drop it in the charger every now and then and you don’t need to worry about the phone running out of charge. 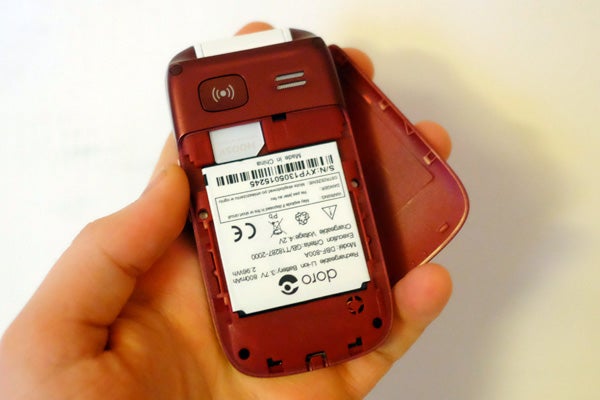 There are two main sets of buttons on the Doro PhoneEasy 621. The white ones form the normal numerical pad, and are both highly contoured and easy to press thanks to a light but crisp action. The back ones are more interesting. As well as navigating through the interface and taking calls, they offer direct buttons for your two favourite contacts and shortcuts to the camera and SMS messaging parts of the phone. 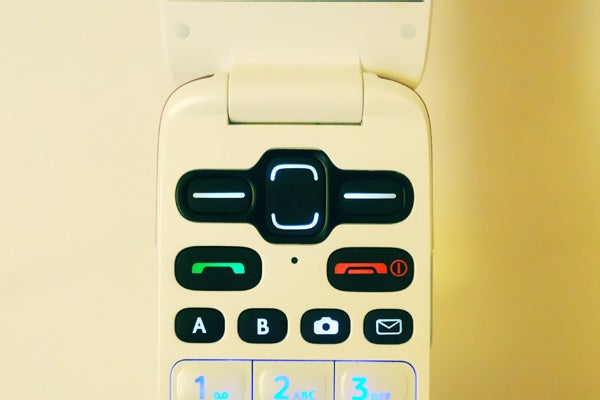 These are key to the PhoneEasy 621’s ease of use. However, there is a degree of setup involved. While there is a setup wizard that lets you choose between the 16 wallpapers, the 16 melody ringtones and the 6 ‘ring’ ringtones, speed dial numbers are set by delving into the menus. If you’re buying the phone for an elderly relative, we strongly recommend doing so before giving it to them.

All the number keypad buttons can also be long-pressed to act as additional speed dials. And every front button on the PhoneEasy 621 lights-up in use, making it easy to use in darker rooms. 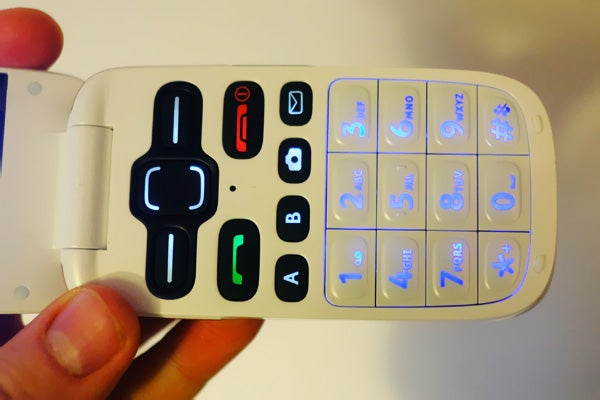 We do find the main high-contrast select buttons a tiny bit stiff for weaker hands, but in many cases the volume control rocker on the side can be used interchangeably. And that has the same light touch as the number pad.

Another issue with the PhoneEasy 621 is that it offers no call screening. Some clamshell phones have a display on the top to show you who’s calling, but here there are no such tip-offs, and as standard the call is automatically accepted as soon as you open the phone. It’s simple, but not for everyone. The phone can be set to answer calls with a press of a button rather than by opening the phone, but you need to select this yourself in the menu.

Next
Screen and Features Review