The Doro PhoneEasy 515 has a 1.5inch display which is obviously no where near as large as today’s touch screen mobiles, but it’s also smaller than the displays on the company’s 612 and 715 mobiles. Nevertheless, the display is very bright and despite it’s limited resolution of 176×220 pixels the menu system is very easy to find your way around. 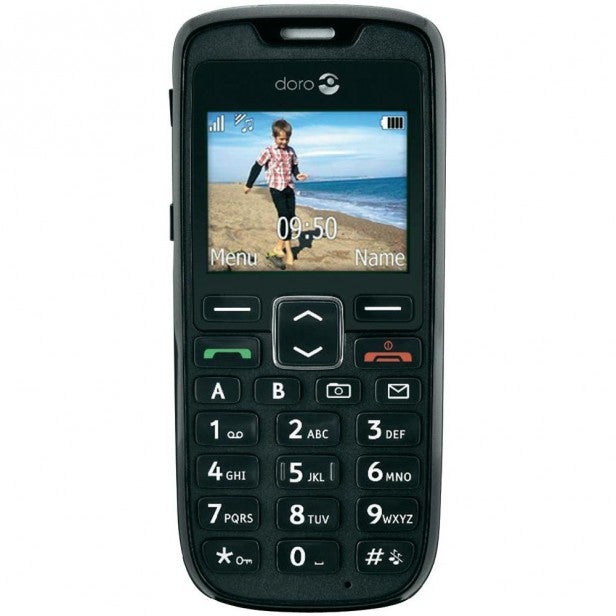 In part this is because it uses large text that’s easy to read even from a distance, but it’s also because Doro has gone for a very simple menu that consists of a series of pages that you scroll through using the up and down buttons. Each page corresponds to a single function, so all the main functions of the phone are very easy to find. You can even increase the size of the text. The large options uses very big letter that should be decipherable even for those with some sight issues.

One neat feature of the phone is the ICE (In Case of Emergency) screen where you can input medical information — such as blood type, allergies and medication — that would be useful to first responders in the event of an accident. This information always remains at the top of the list in the contacts screen and also has its own entry in the phone’s menu system.

Another useful feature is the Assistance button. When this is held down the phone will text an emergency message to a list of up to five different number and also start dialling them until someone picks ups. 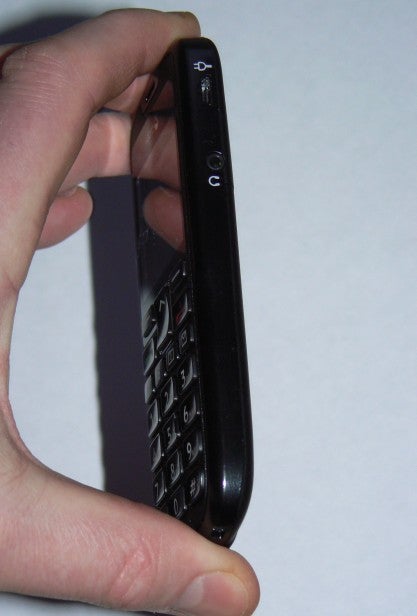 The call quality on the 515 is very good too. The earpiece is a fair bit louder than a lot of other handsets in this price bracket and importantly it doesn’t actually distort when you’re using it at higher volume levels. The mic also seems to deliver crisp and clean audio. The phone comes with a stereo headset that doubles up as an aerial for the onboard radio. The radio lacks RDS support for station names, but you can manually add names to presets that you save. The phone also has Bluetooth onboard so it can be used with wireless headsets and compatible hearing aids.

The rear of the 515 houses a 2.0megapixel camera. The camera is fine for shots that you just want to view on he phone’s own screen, but when you transfer them to a PC their flaws quickly becomes apparent. Details look very blurry, colours aren’t all that accurate and even under normal lighting conditions there’s a lot of image noise in the shots. The phone has 12MB of onboard storage, but there’s a microSD card under the battery cover which you can use to add more storage space. There’s no flash for the camera, but there is a torch built into the top of the phone that you can turn on via an entry in the phone’s menu. 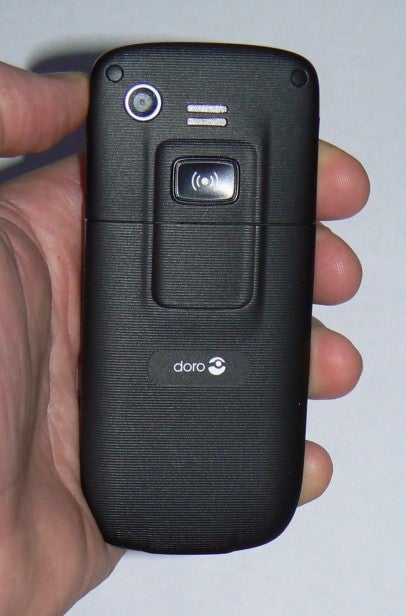 In other regards the 515 is a very basic handset. It has no internet features, so you can’t use it to pick up email or keep up with friends and family on Facebook, for example. Nevertheless, this does help it to have very long battery life. Doro says that the phone should offer up to 12 hours talk time and last for around 22 days on standby. In our time spent with the phone those figures seemed to be pretty accurate.

Verdict
The PhoneEasy 515 may be a basic handset, but it’s also one that’s been nicely tailored to its target market. Doro has obviously spent a lot of time trying to make the phone as easy and hassle free to use, while adding in some useful features like the ICE contacts screen and the Assistance button on the rear. This attention to detail has paid off, as the 515 is definitely one of the better phones on the market that’s aimed at seniors.