If you’re someone who loves smartphones and being able to mess around with apps, then move on because the Doro PhoneEasy 515 is most definitely not targeted at you. Instead Doro has built this phone for people who can’t or don’t want to handle the complexity of most of today’s smartphones. As such it’s a straight forward mobile with a large keypad and some handy features including an emergency button on the rear. The phone can be bought for £76 SIM free from Amazon. That price may seem a bit high for such a basic mobile, but its user friendly features will make it worth the money for its target market of seniors and those with dexterity issues. 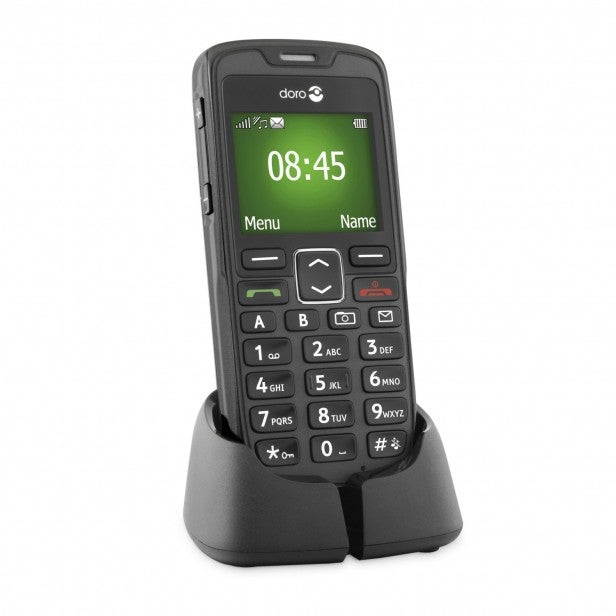 With the PhoneEasy 515 Doro has gone for a traditional candy bar design rather than the flip and slider formats that it’s used on the PhoneEasy 612 and 715. The other two form factors may be a better option for some as those designs mean you don’t need to lock and unlock the keypad to avoid accidentally calling numbers when the phone is tucked away in a bag or pocket. Doro has made it pretty easy to lock and unlock this model – you just hold down the ‘*’ button on the keypad to perform both functions – but some people are definitely likely to find it less convenient than the automatic locking on the slider and flip phones. 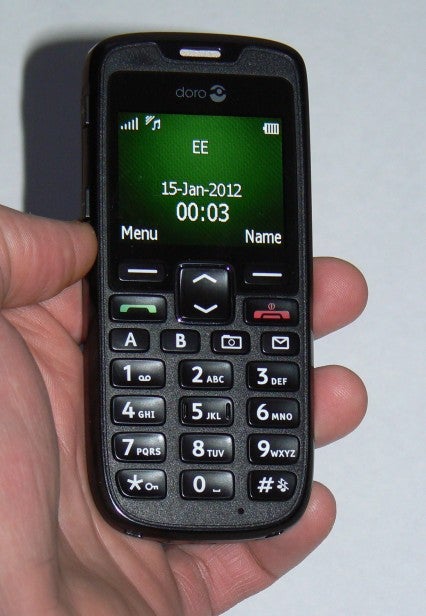 The 515 is extremely light, weighting just 82g, but the textured pattern on the rear helps to avoid it being too slippery when you’re holding it in your hand. The numerical keypad is much larger than usual, so Doro has been able to fit in bigger buttons. There’s also a fair amount of space between them to make it easier to manually dial numbers or tap out text messages. Just above the main keypad there are two buttons marked A and B . They’re basically quick dial keys so you can assign a number to each and call it instantly just by tapping on the corresponding key – handy for friend and family numbers. Next to this there’s a dedicated button that launches the camera and acts as the shutter button, and last in this line is a message button that takes you directly to the phone’s text messaging feature.

Sitting above this lot is a simple up and down rocker button to move through the phones menus. Beneath the screen there are also two buttons that are used to select the various different options that pop up in the menus. The 515 also has dedicated call answer and hang up keys and there are reasonably large volume controlson the left hand edge.

The right hand side is home to a microUSB port that’s used for both charging the handset and syncing it with a PC to do stuff like transfer photos.  Below this there’s a headphone jack, but unfortunately this uses a micro jack rather than a standard headphone jack. However, Doro does supply a stereo headset in the box with the phone.

You also get a handy desktop dock that you can connect the charger to so you can charge the phone just by plonking it down into the dock. In the box there’s a lanyard too that you attach to a loop hook on the bottom of the phone so you can wear it around your neck.