What a difference 10 little digits make. When we reviewed the Doro Liberto 820’s predecessor earlier in the year, we were scathing.

The Liberto 810 had its heart in the right place. Unfortunately, as a phone intended to ease people with limited experience into the world of smartphones, it was deeply flawed.

We’re very pleased to say that almost all the issues afflicting the 810 have been rectified – the Doro Liberto 820 does everything it promises with aplomb.

The Doro Liberto 820 is chunky for a 4.5-inch screen phone, but in this case that’s not a bad thing. Clad in plastic it’s easy to grasp and hold on to. A small lip that rises over the edge of the phone ensures there’s some protection for the screen when left face-down on a table.

The curved edges help the Liberto sit comfortably in your hand, and it looks good, too. The dual-tone black and white body is smart, if not sleek. 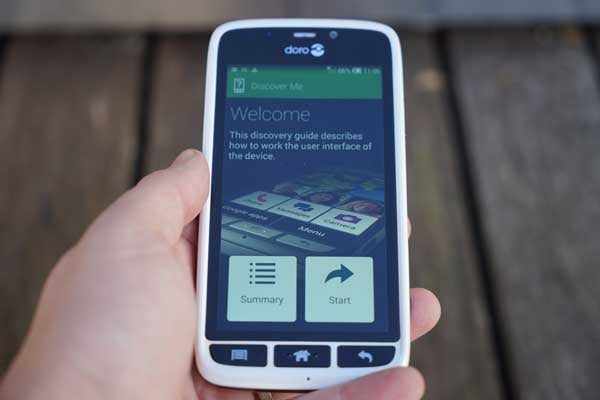 Easily accessible and robust buttons are important on a smartphone, since they’re used so often. The volume rocker rests a little higher on the right edge than we’d like, but should be easy enough for most people to reach. The power button is just below, followed by a dedicated camera button. Doro has raised the icons on the buttons so you know what you’re pressing by touch alone. It works, too. You quickly get used to the button locations and feel of each.

Unlike most Android phones these days, the Liberto 820 also comes with three physical buttons for Settings, Home and Back. Situated just below the screen, these are a godsend for those who may get confused by disappearing on-screen soft keys. It means that any users stuck in an app can easily get back to the home screen at any point. 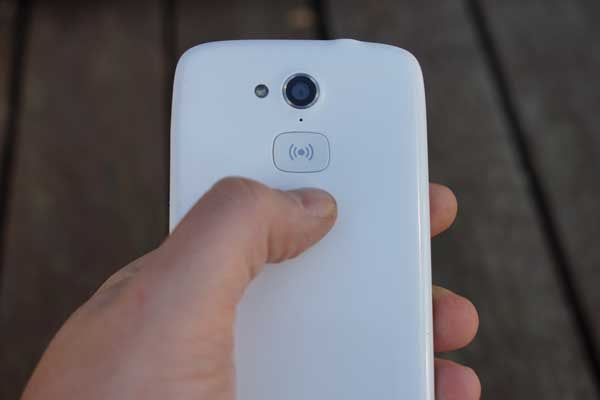 There’s one final button on the Liberto 820. Located on the rear, just below the camera, this “Assistance” button is a unique feature to Doro phones. We’ll go into more detail about what it does later. 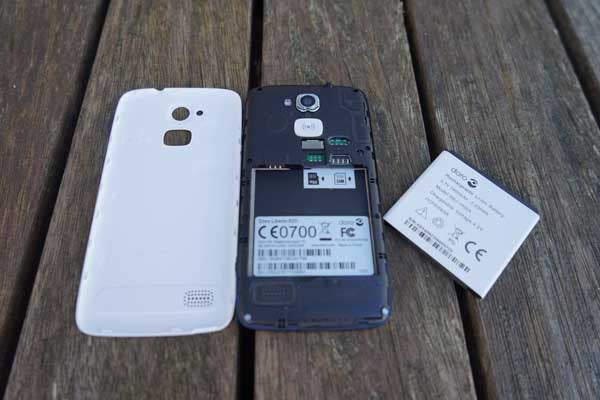 One final thing to note is that the Doro Liberto 820 comes with a removable back cover, similar to the the Samsung Galaxy S4 and S3, though more robust. Lift the back off and you get access to the Micro SIM and microSD card slots and the removable battery.

The 4.5-inch 940 x 560-pixel screen on the Doro Liberto 820 is by no means cutting edge. The resolution means that pixels are clearly visible, but in all other respects the screen is decent.

It’s colourful and bright enough to view outdoors, although it dims and changes colours at certain angles. It’s a massive improvement on the murky display the previous version came lumbered with, although nowhere near the quality of the cheaper Moto G‘s. 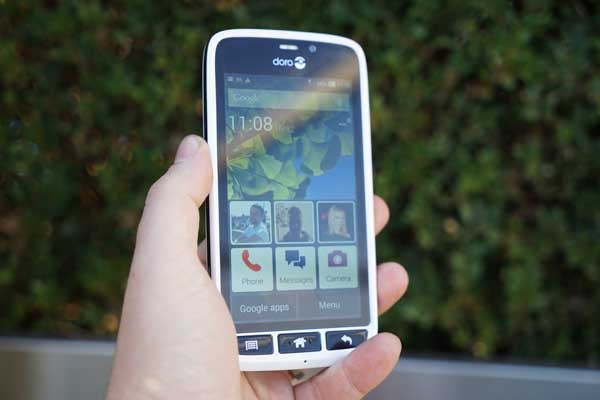 The loudspeaker that pumps out sound from the rear of the phone is also distinctly average. It’s loud enough to happily watch a catch-up episode of your favourite series on iPlayer, but the mono sound isn’t particularly inspiring. It’s location near the bottom of the phone also means it is easily covered by errant fingers in landscape mode as well as when it’s sitting in the included charging dock.

Plug the included headphones in and things sound much better. The in-ear headphones double up as a hands-free kit thanks to a microphone on the cord and an FM radio aerial. They’re basic, but do the job so you can listen to your favourite radio shows on the go.