Available on iOS and PC

The pay off to every Roadrunner cartoon was always seeing Wile E Coyote’s devious and frequently complex plans fall flat on their face.

Yes, the Roadrunner was incredibly annoying, his every victory signed off with a signature and especially smug “meep meep” as he dashed off into the distance and, yes, it was impossible to watch the cartoon for all too long without feeling immense sympathy for Mr. Coyote, yet seeing his convoluted strategies disintegrate in front of our eyes was what we all wanted. It was the end goal. It was pure entertainment. 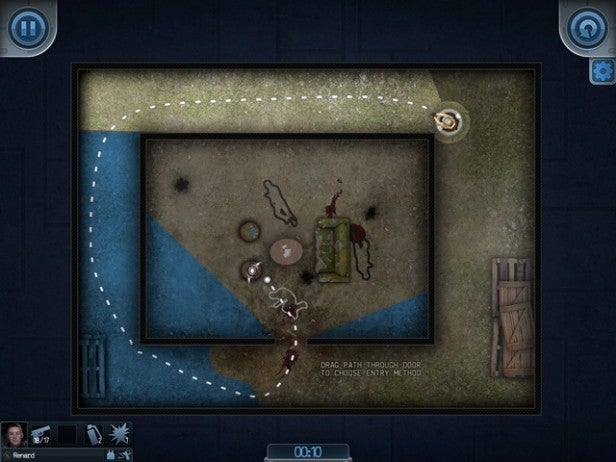 In the context of Door Kickers – a one time Steam smash that is now firing on all cylinders on iOS – I am Wile E Coyote. I plan and I plan and I plan, I work things through in my mind, I attempt to prepare for every possible eventuality, and yet still I usually end up with a bullet or twelve slicing straight through my face. However, rather than throw my iPhone in the direction of the nearest cuckoo in shear frustration, dying in Door Kickers tends to have a peculiar side effect: it makes me laugh.

As hinted, play in Door Kickers is all about planning ahead. Viewed from above, each stage charges you  with controlling a SWAT team as they attempt to storm an array of different buildings and compounds in order to take out the terrorists within. Play is split into three sections as a result; you choose where your team members are going to enter the building (simply by dragging and dropping them to the chosen slots), you then trace their path through the structure creating action points as you go before hitting ‘play’ and seeing what mess arises. You can even interrupt events mid-way through, tracing a new path for your men on the fly if it appears what you had planned isn’t quite fit for purpose. 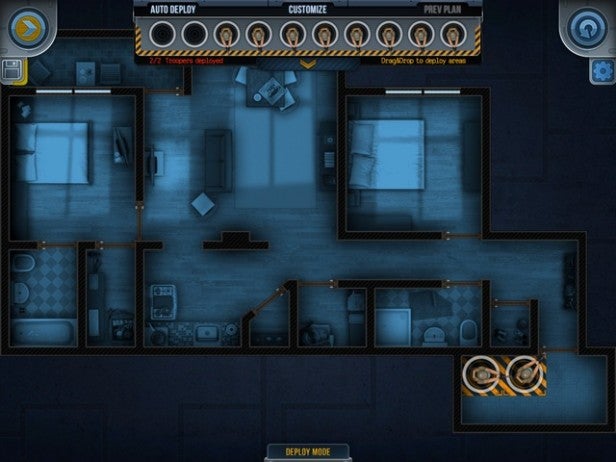 Ideally, your movements through the stage will see you take out the assailants without losing any of your own men in the most efficient manner, rescuing hostages and picking up packages in the process. However, without any prior information on just where your targets are before your first run through, most levels are a case of trial and error, and this is where things get interesting. Should you storm en masse and blitzkrieg your opponents, or should you confuse them and set your men off to sneak around different areas? Should you drop a flash bang to startle them, or will hugging the wall and firing the odd pot shot from around the corner do the job?

Basically, even with a tactical brain screwed firmly onto your shoulders, you’re never likely to know until you hit that play button. Not only are your enemies invisible to you in most of the stages until you encounter them – as would be the case in real life, of course – but they also move about, so while in one run through you might burst in on a couple firing away in the corner of a room, the next play may see you get there a few seconds earlier or later and miss them altogether. Your aim is also crucial, meaning that the way you enter a room and the direction your facing has a major impact on whether you come out of that room alive. 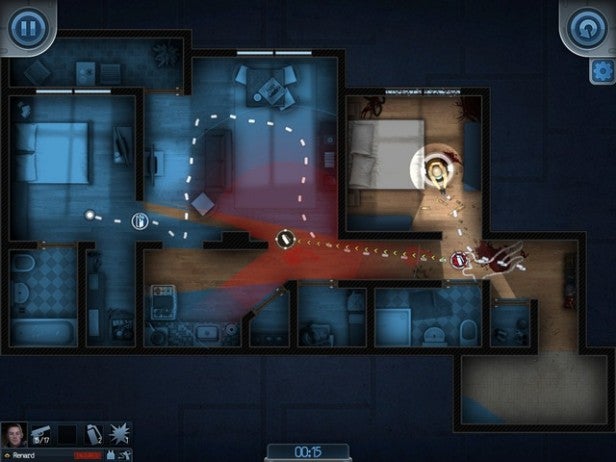 It does make several stages in Door Kickers especially frustrating, though this isn’t a game you’re meant to overcome in an afternoon. Though most levels are over in a matter of seconds, play has been designed to tease your brain to a degree that spending a couple of days in all planning and executing the perfect runthrough of a level doesn’t seem at all out of the question. What’s more, there’s certainly enough content of offer to ensure that, as a package, Door Kickers stays fixed to your iPhone’s phone screen for some time to come.

As well as single missions (in which you can take on official, designed stages, or comprise your own based on your desired difficulty), there’s also a full blown campaign mode to take on, both of which contain enough meat on their own to justify the game’s £3.99 price tag. Perhaps owing to its background on PC, KillHouse Games has served up a fully fleshed out package that is as challenging as it is easy to pick up. 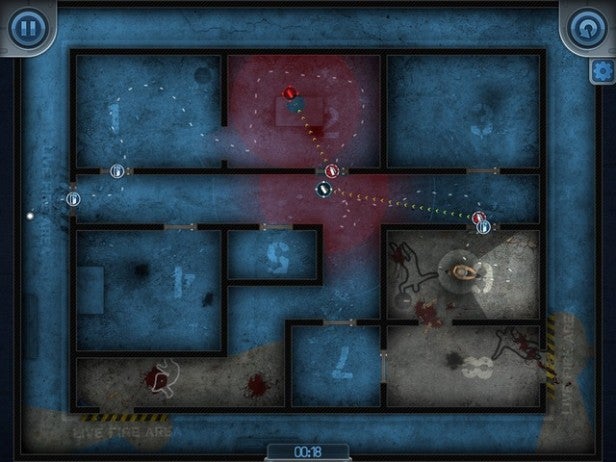 Though tracing out paths may become a little complicated when the number of SWATs moves beyond two or three, on the whole it’s a system that stands up remarkably well on touchscreen and, even if the difficulty curve proves a little too much for you and you find yourself taking on the same stage time and again, you’ll still be having fun doing it. This is one target that you won’t want to chase down all too quickly.

Verdict
Door Kickers is the kind of game that wants to stick around, handing you an especially easy control system – a Flight Control like tracing system – but placing it in a world where you’re being shot at from all directions. Most stages will require repeated playthroughs in order to come out on top, yet that’s in no way a chore, with Door Kickers serving up tight and tense action that entertains even when things go awry.