It doesn't blow the GoPro Hero 7 Black out of the water, but the Osmo Action's all-round performance and lower price mean it's our new number one action camera. Its front screen is a real boon for vlogging, and in most situations its video quality and stabilisation matches GoPro's flagship (without surpassing it). Speedy operation and a polished interface also make it the most user-friendly action camera around. In some areas (livestreaming, hyperlapse quality, accessories), GoPro still has the edge, but if you need a new waterproof camera for summer adventures then the Osmo Action is the best around.

It’s a very close battle with the GoPro Hero 7 Black, but the DJI Osmo Action just edges it to take the title of our new favourite 4K action camera.

Rather than a big leap forward from GoPro’s flagship, it refines some areas (usability, manual shooting options) while drawing level with the Hero 7 Black in others (video quality, stabilisation).

Advanced shooters will enjoy the extra versatility of features like a 1/8000s shutter speed, and the Osmo Action is the most user-friendly action camera I’ve used. Vloggers will also appreciate its front colour screen for framing adventure videos.

For most people, though, the Osmo Action isn’t a huge improvement over the Hero 7 Black in terms of video quality or stabilisation. In some situations, such as hyperlapse videos, GoPro’s Hypersmooth electronic stabilisation still has the edge, and the Osmo Action also lacks some features like live-streaming.

This means the Osmo Action is more like a superior version of the Yi 4K Plus (which likely has the same sensor) than a next-gen GoPro. It lacks some of GoPro’s bonus extras for casual users, such as the handy Quik app, but in terms of raw performance and flexibility in manual mode, it’s the best action camera around.

Design – The Osmo Action isn’t pretty, but its front screen is great for vloggers

The Osmo Action has two big advantages over other action cameras – it’s by far the most user-friendly I’ve used and it has a front colour screen for travel vlogging, if that’s your thing.

There are better vlogging cameras around – the Osmo Action’s relatively small 1/2.3-inch sensor and aperture mean it’s no match for a camera like the Canon EOS M50, or even DJI’s Osmo Pocket, in terms of quality. But then you can’t easily take those surfing or mount them on a climbing helmet. 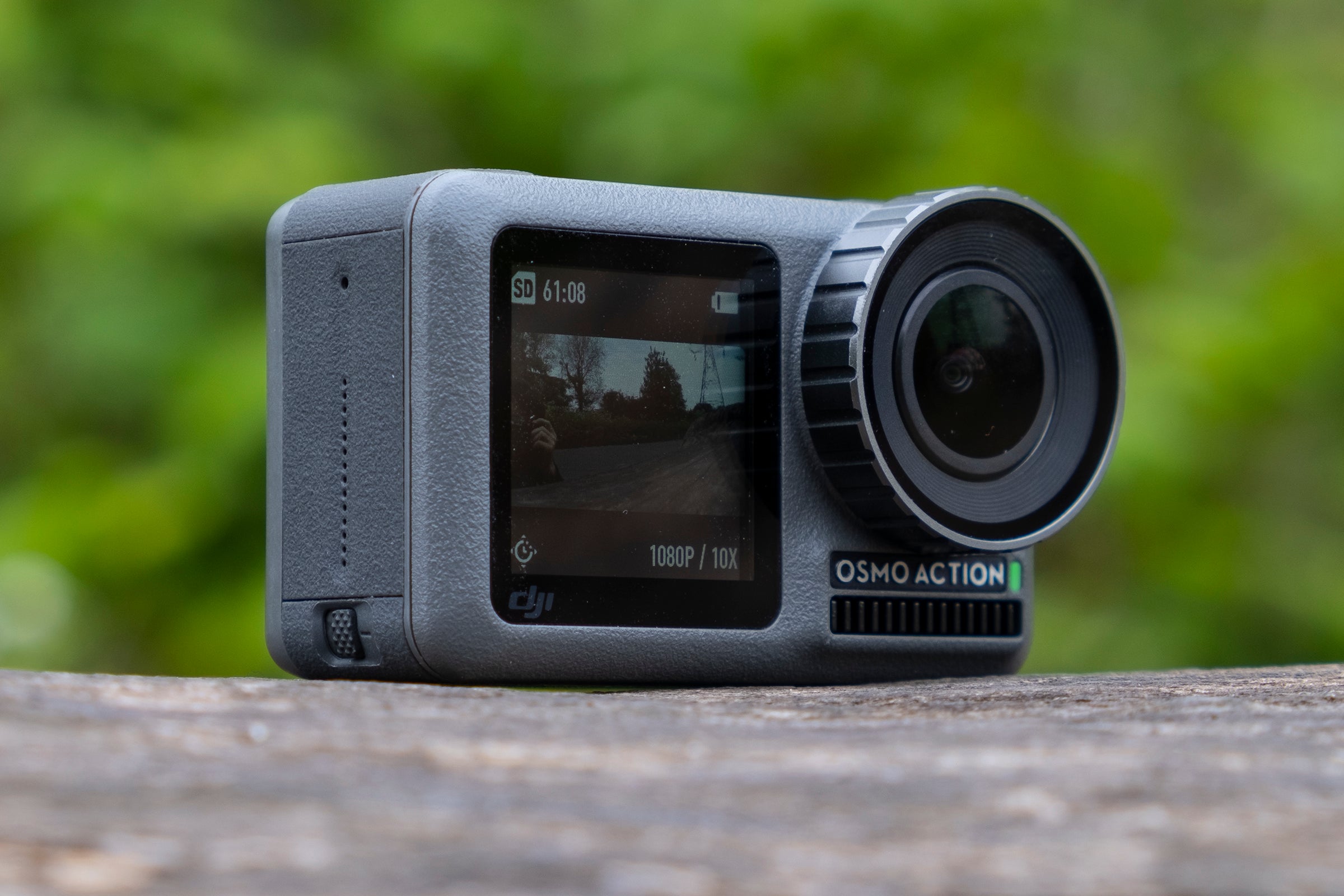 It might not initially feel like it, but the Osmo Action is also as rugged as a GoPro. It’s waterproof down to 11m without a case (a cheeky one metre further than the Hero 7 Black) and survived my sea swim with no issues. DJI also says it can withstand drops from five feet and temperatures of -10C, if you’re planning a trip to Alaska.

While I haven’t been able to test the Osmo Action to destruction, I have spent many hours in its company, and found it to be a real pleasure to use. Whatever processor it uses (DJI won’t comment on components), it’s super snappy in operation, while the touchscreen is both responsive and larger than the Hero 7 Black’s. By comparison, the GoPro suddenly feels pretty dated. 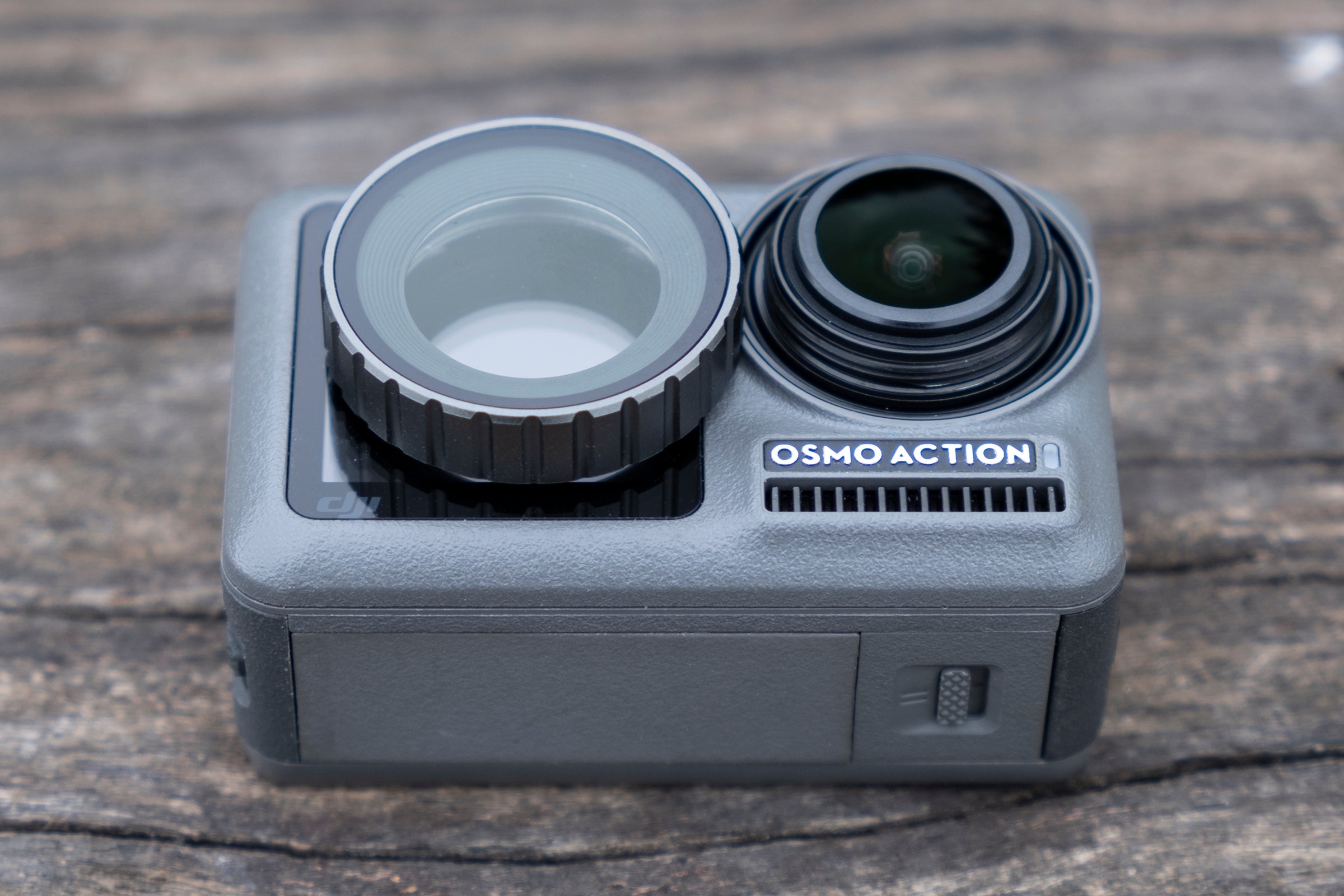 Other handy touches include screw on lenses, which makes it easy to replace damaged ones or add ND filters, and a QuickSet button on the top left for flipping through modes without using the touchscreen.

Like the GoPro Hero 7 Black, there are two microphones (one on the top, another on the side), which provide passable audio. If you need reliably good sound quality though, you’ll want to plug in the 3.5mm adaptor that DJI says is coming for the Osmo Action.

Because the Osmo Action’s frame uses the universal two-pronged mount, it’s compatible with a large number of third party accessories – including many GoPro ones. However, there’s no word yet on the pricing and availability of its many official accessories. 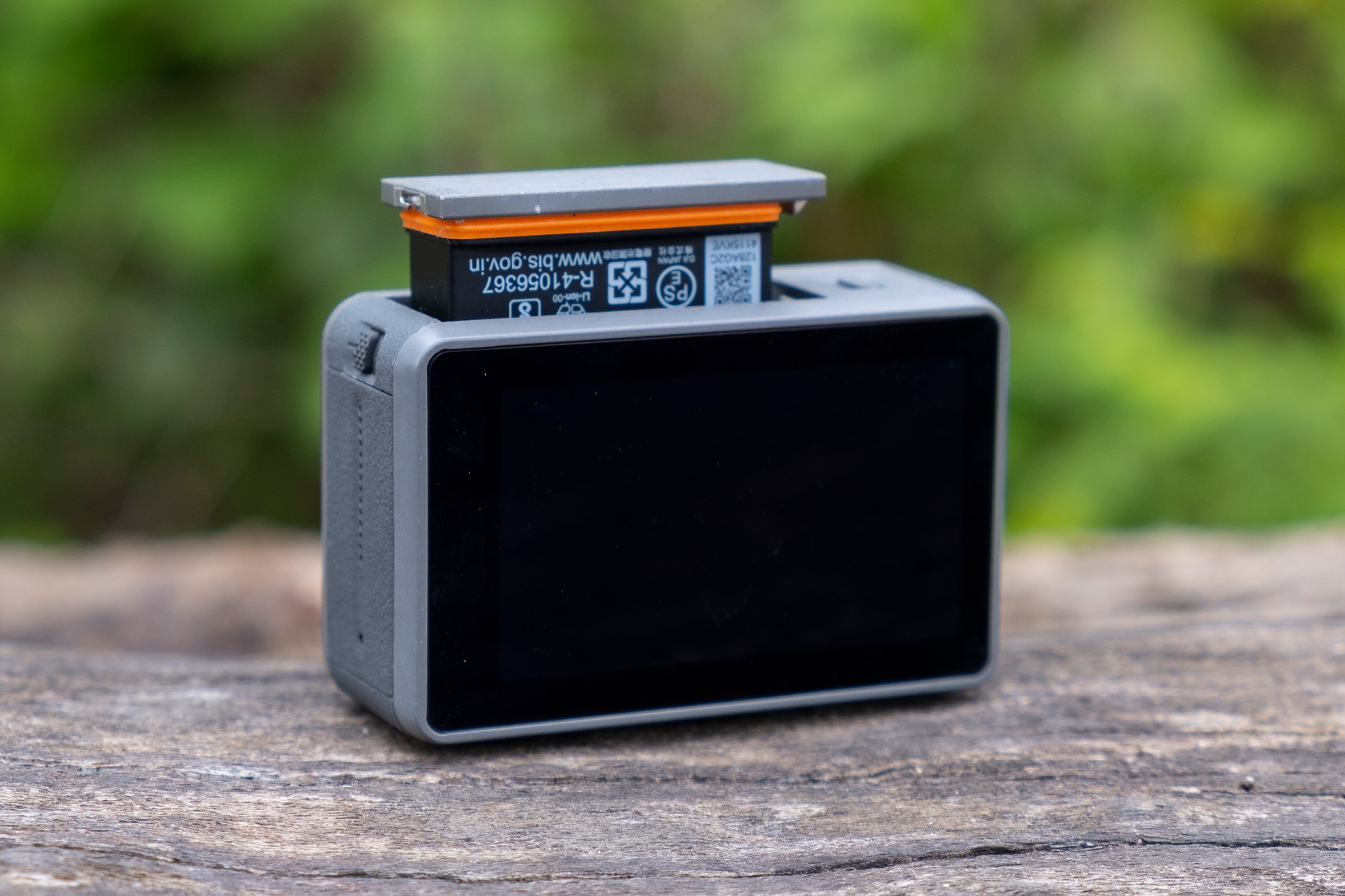 One final design bonus is its removable battery. The mechanism for this – clicking the two latches either side of it – initially felt like it could be a weak spot for the waterproofing, and you do have to be careful that the latches are flush with the base. But I had no incidents with this, and the Osmo Action survived a lengthy sea swim with no issues.

Like the GoPro Hero 7 Black, you can recharge the battery on-the-fly using an external battery pack (this takes about 90 minutes), or just swap in a spare one.

Features – The Osmo Action is brimming with shooting modes, but lacks livestreaming

When it comes to shooting modes, the Osmo Action matches the GoPro Hero 7 Black in most areas, and edges it in others.

Both can shoot detailed 4K video at 60fps (more on that below) and have excellent electronic image stabilisation. Impressively, DJI’s RockSteady stabilisation largely matches GoPro’s HyperSmooth, which has been the gold standard for smoothing out action camera videos since it landed in September 2018. 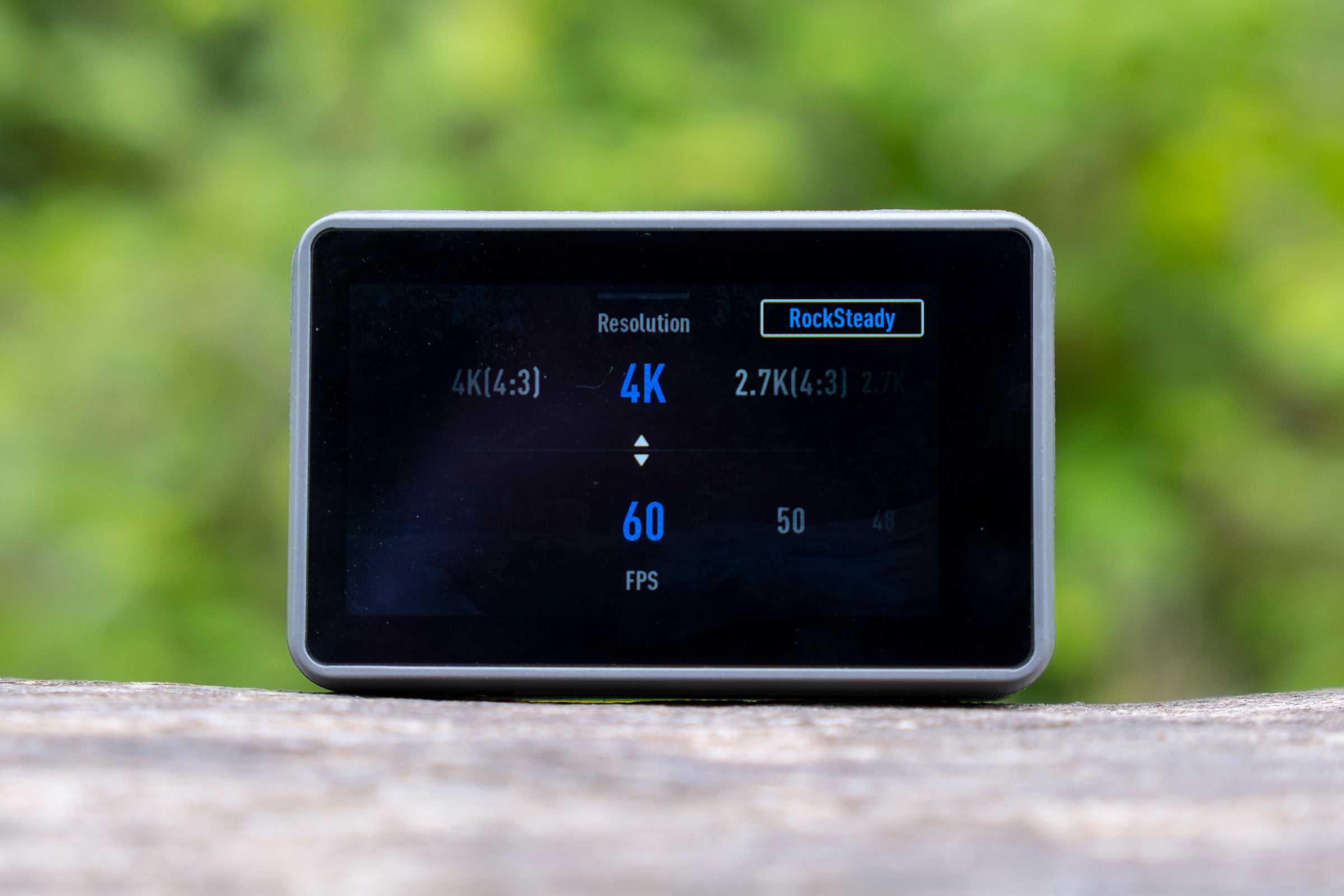 The Osmo Action also edges its rival by including an HDR video option (although this sadly doesn’t work with its RockSteady stabilisation) and a manual mode that’s more versatile than GoPro’s Protune.

This lets you push the shutter speed up to 1/8000s (handy for freezing action in bright sunshine) and down to 120 seconds (useful for long exposure photos). By comparison, the GoPro Hero 7 Black maxes out at 1/3840s and 30s respectively. 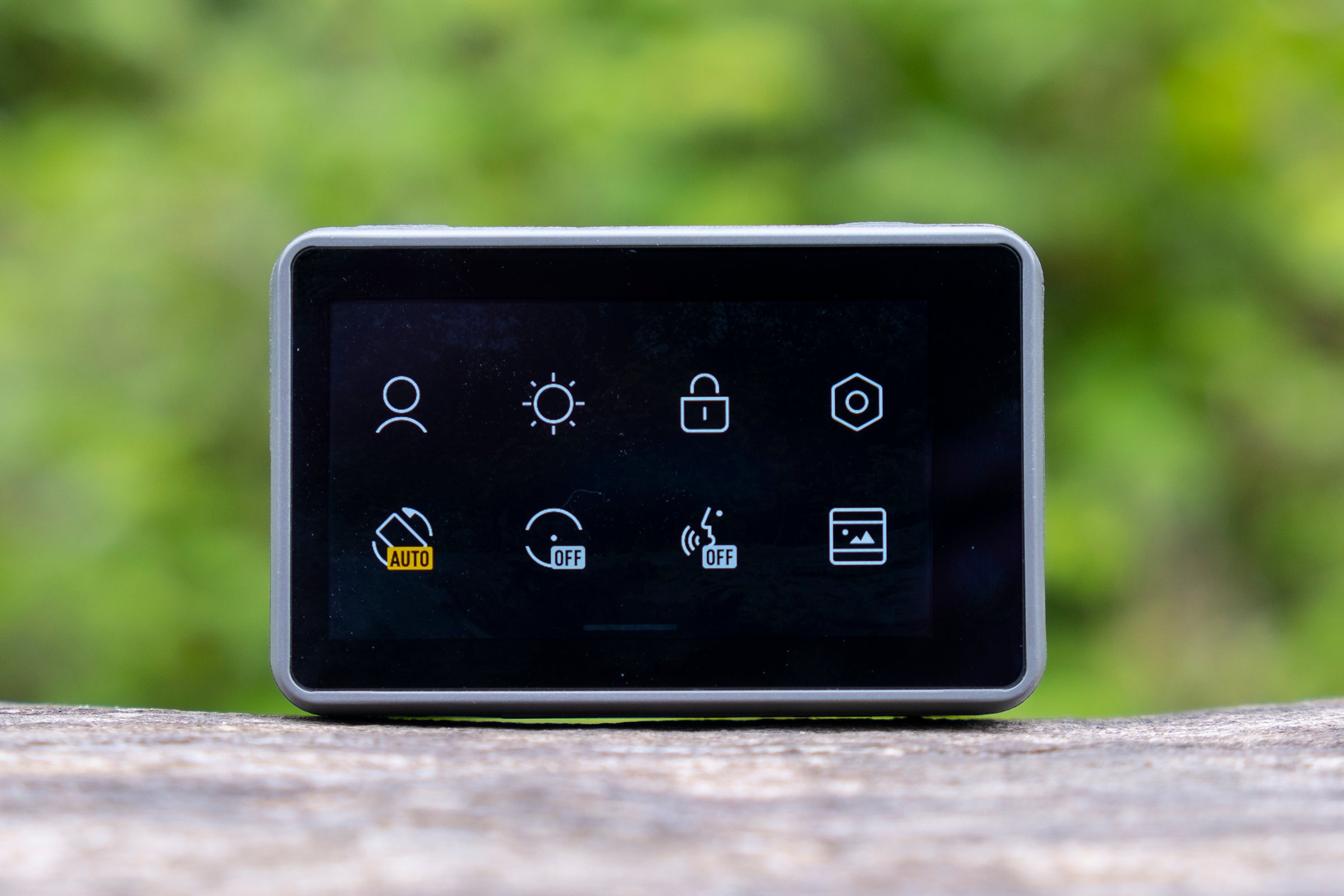 The Osmo Action also offers a similar range of trick shots to choose from, including a slo-mo mode (240fps in 1080p), voice control, and the option of shooting timelapses and hyperlapses.

It doesn’t beat the GoPro Hero 7 Black in all areas though. GoPro’s ‘TimeWarp’ mode is smoother and more polished than the Osmo Action’s hyperlapses (you can see this on our video samples page). GoPro also offers a livestreaming mode, and its Quik app is more powerful for making edits and QuikStories.

Also, while DJI has a range of accessories coming for the Osmo Action (including a charging hub and tripods), there’s no word yet on when these will be available and many of the Osmo Pocket’s accessories have been delayed. This means that, right now, the GoPro Hero 7 Black has a bigger family of third party accessories.

Related: DJI Osmo Action vs GoPro Hero 7 Black: which should you buy?

Video and image quality – Up there with the GoPro Hero 7 Black, but it’s a close call

On paper, the DJI Osmo Action is a slight step up from GoPro’s flagship, with a higher recording bit-rate of 100Mbps and the option of an HDR video mode. But in reality there isn’t much in it, with processing giving each camera the edge in different modes.

The GoPro Hero 7 Black’s big advantage over other action cams has been its HyperSmooth stabilisation, but DJI pretty much matches it in most ways, except in hyperlapses which are smoother on the GoPro. That’s an impressive feat from DJI, whose background is in making mechanical gimbals for its drones rather than EIS.

The Osmo Action’s video quality has a less ‘processed’ look than the Hero 7 Black, with less saturation and sharpening baked in. This works in its favour in 1080p, with details looking much clearer, though the Hero 7 Black’s processing handles motion better in 4K capture. 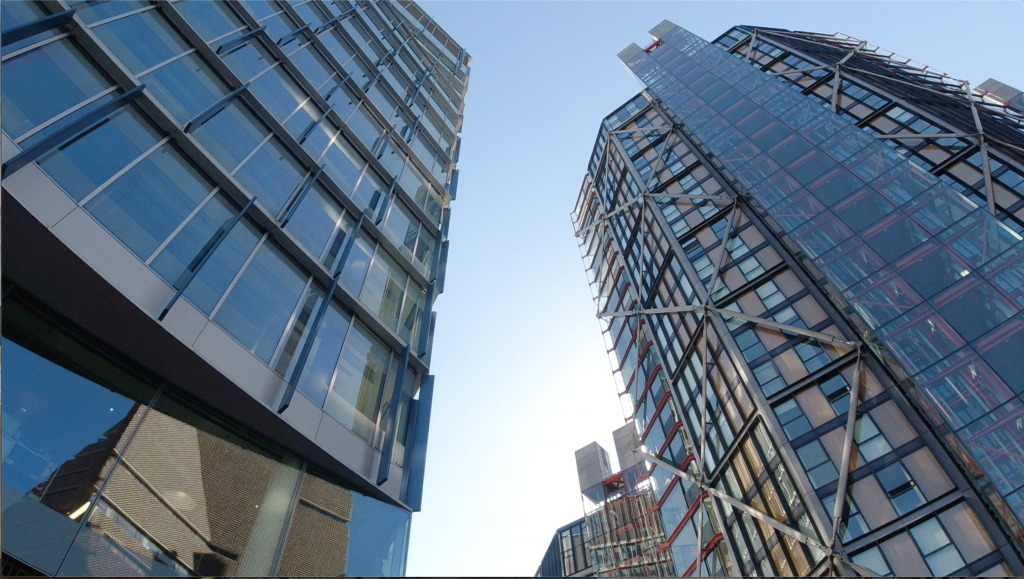 Both cameras also have a similar field of view with special modes that help correct the fisheye of their wide-angle lenses. On the Osmo Action this is called ‘Dewarp’ and has a similar effect to GoPro’s Linear mode – the image above on the left is the standard fisheye view, while the one on the right is with ‘Dewarp’ turned on. Unlike on GoPro cameras, this is also available when shooting in 4K on the Osmo Action. It’s not the best choice for every scene, but it’s nice to have the option in all modes.

In theory, the Osmo Action’s HDR mode should give it the edge, and it does provide a touch more dynamic range in challenging scenes with mixed lighting. But because the HDR mode doesn’t work with RockSteady stabilisation, it’s really only for situations where you have the camera mounted securely and preferably aren’t hurtling over some cobblestones (or, in my case, swimming in the freezing sea).

What’s the sound quality like for vlogging? Very similar to the GoPro Hero 7 Black, which has perhaps a touch more clarity. This means it’s fine for run-and-gun videos, particularly ones you’re going to add a soundtrack to later, and there is software-based wind noise reduction built-in too.

But as my videos containing live music show, the microphones are very easily overwhelmed by loud noise, and for vaguely professional sound you’re going to want to want to mount an external microphone, like a Rode Videomic Go, and plug it into DJI’s forthcoming adaptor. 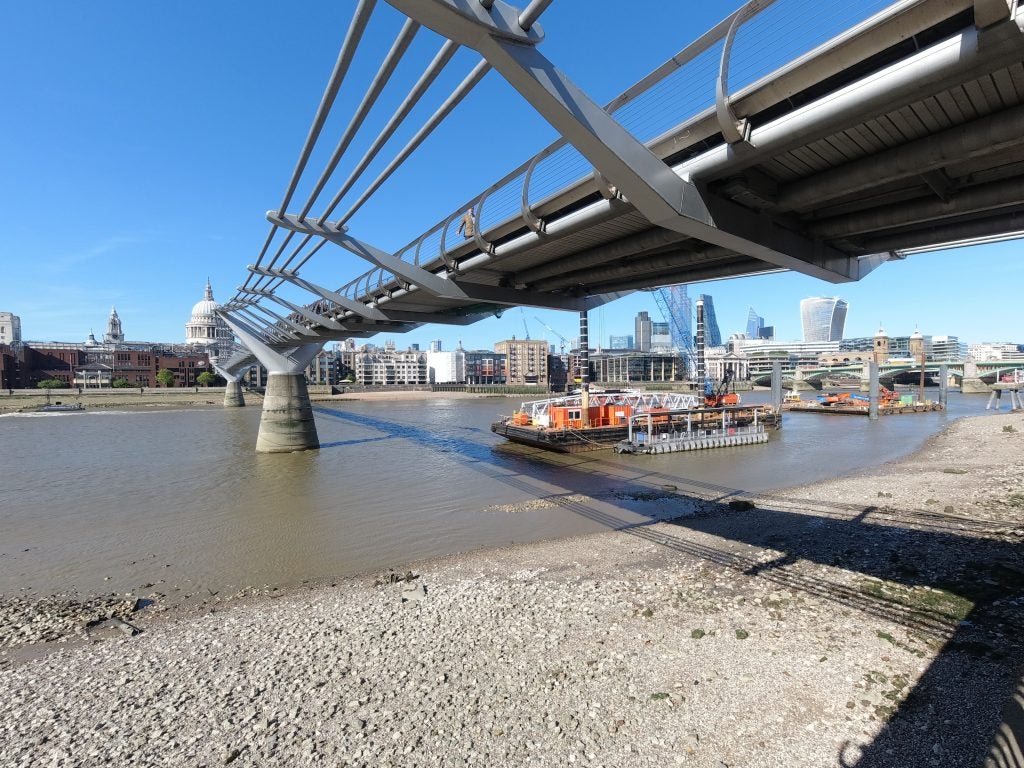 Not many people buy an action camera for still photos and, like all of its rivals, the Osmo Action falls short of your smartphone here. Still, if you want something to take souvenir snaps of your white water rafting trip, it’ll certainly do the job – there’s a pinch more dynamic range than the Hero 7 Black, even if you strangely don’t get the ‘Dewarp’ option for still photos.

Should I buy the DJI Osmo Action?

If you’re looking for a rugged, capable 4K camera to take on extreme adventures, and you don’t already own a recent GoPro, then the Osmo Action is well worth snapping up.

Its front colour screen makes it particularly suitable for vlogging and it’s more flexible for advanced shooters than the Hero 7 Black, thanks to its superior shutter speed options. 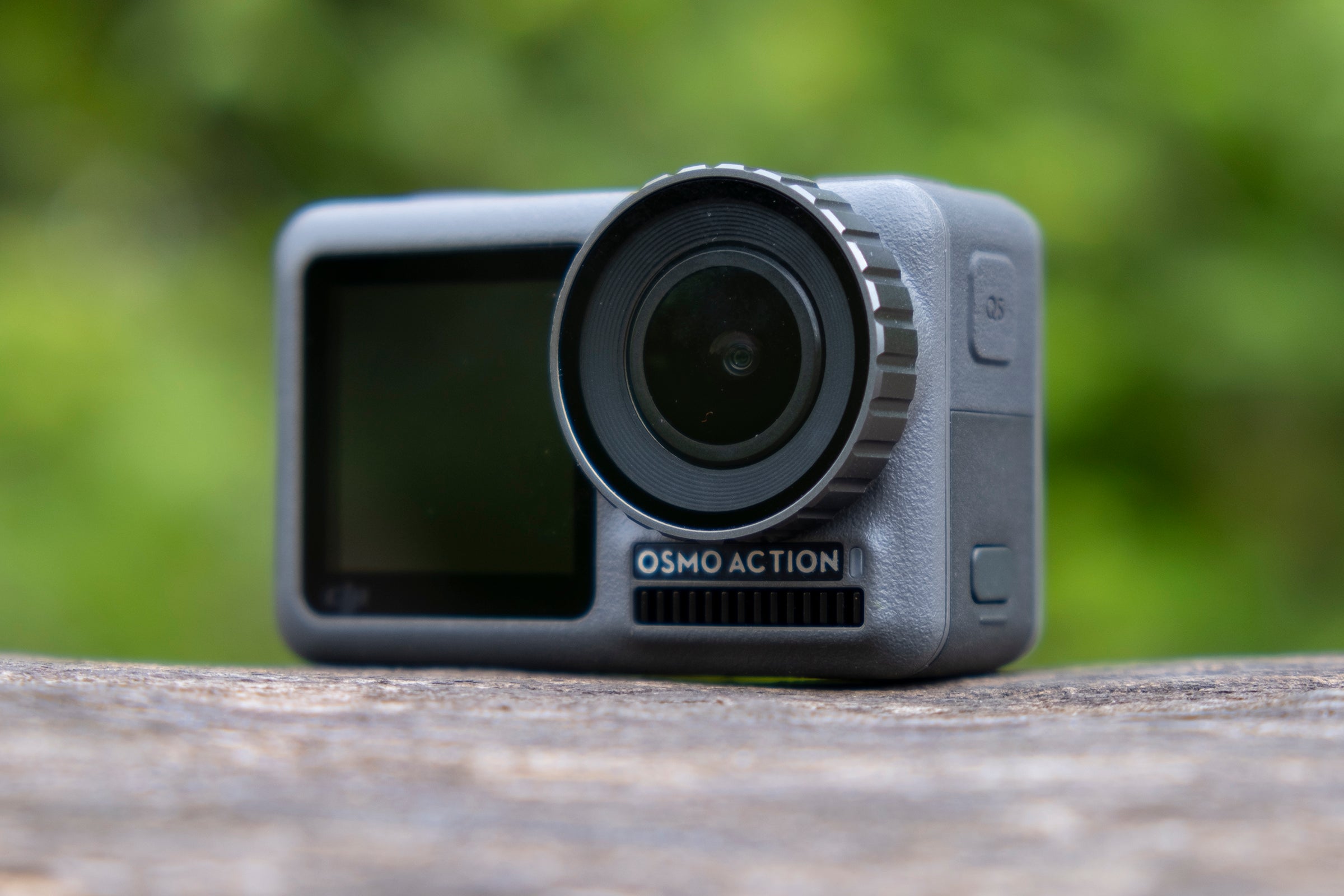 Still, if you’re more of a casual user and already own a GoPro Hero 7 Black, then it’s probably not worth switching to the Osmo Action. The difference in video quality is marginal, and although DJI has impressively managed to match GoPro’s Hypersmooth stabilisation in most situations, its Mimo app doesn’t quite have the editing options of its main rival yet.

It’s a close battle with the GoPro Hero 7 Black, but with a price tag that’s currently £50 lower than it’s main rival, the DJI Osmo Action is our new number one action camera.