Divinity: Original Sin is a clever game. It might look like a 2014 version of a traditional RPG classic like Baldur’s Gate or Ultima – all wizards, goblins and elves – but there is a lot more to it than a rehash of old ideas in a pretty new frock.

With a solid turn-based battle system, deep character creation and development and a distinct lack of hand-holding and tedious fetching this is not just another nostalgic trip down memory lane. Like all the best RPGs you’ll find yourself magnetically tethered to your PC as the hours fly by. 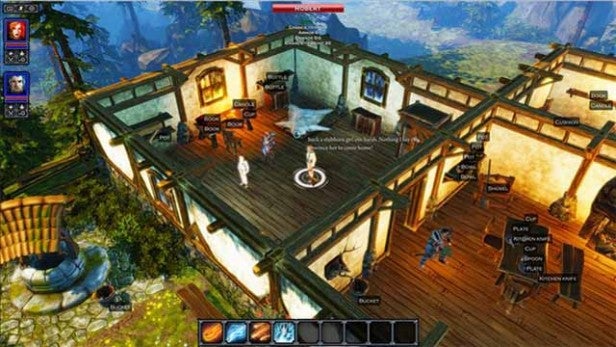 Original Sin is a prequel to the Divinity games that started with Divine Divinity in 2002. Silly name aside Divine Divinity was a solid RPG set in the fantasy land of Rivellon. If you’re a fan of those games then you’ll find some characters cameo in Original Sin, but you don’t need to have played them to get stuck in to it.

Divinity’s back story is traditional RPG fare. You start the game by creating two characters, Source Hunters, who seek to bring balance back to the world by tracking down and dealing with magical evil-doers. We’ve heard it all a thousand times before, but developer Larian Studios has managed to inject some much needed humour and colour into what could be an easily be a dull and dour storyline. 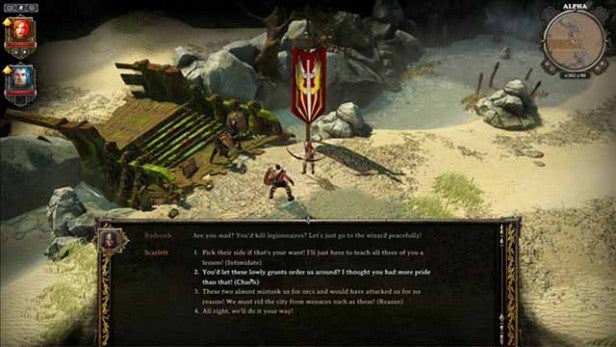 Quests too are more interesting and varied than we’ve come to expect from the genre. In our dozens of hours of playing we haven’t once needed a conduct a fetch quest. Neither will plot points just magically appear on your map. You are free to explore, pilfer, make friends (or enemies) to your hearts content. It’s all surprisingly refreshing for such an old-school game.

One good example of the open nature of quests is a murder investigation you become embroiled in early on. These are dozens of clues and numerous suspects, which means you can go about your enquiries from dozens of different angles. You can speak to the suspects, and if you think one might be hiding something then you can track down their house and break in for some crafty sleuthing. Find some incriminating evidence? You can then confront the suspect, although they probably won’t be happy about it. 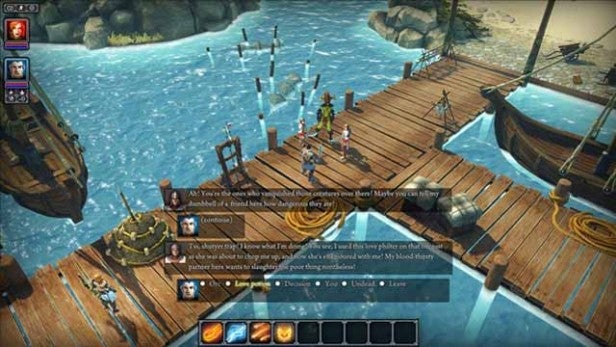 The lack of hand holding can, occasionally, be problem too. You will sometimes struggle to find where to go next and you’ll quickly find yourself outgunned if you venture too far in the wrong direction. You will die, quite frequently in fact.

While the story lacks some of the more interesting elements of RPG classics like Planescape Torment it is still often amusing and interesting. There is a huge amount of lore to read and plenty to learn through NPC interactions. If anything there may be a little too much reading – more voice acting would have been very welcome.

Original Sin is a Kickstarter backed project and as such you would normally expect little in terms of polished graphics. Happily characters and enemies are detailed and the environment is bright and vibrant – you don’t have to trudge through dozens of dour grey dungeons. Instead you find yourself traipsing through colourful villages and forests or menacing graveyards and dilapidated churches. 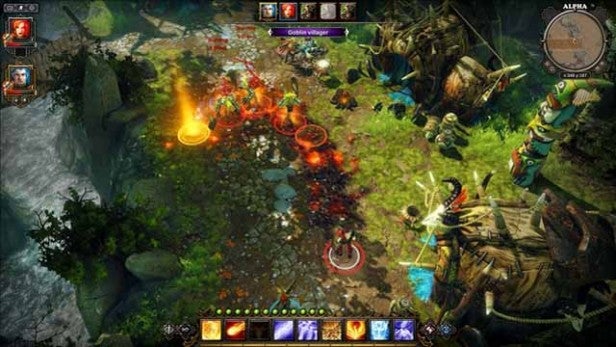 There’s no enemy respawns either, so you won’t get tired of killing the same type of baddies again and again just to level up. This means there’s no grinding your way to superhuman strength before going out to complete the main quest. Instead experience points are limited and can be accrued by defeating enemies, discovering new areas or completing quests. And even though enemies level up with you it’s vital that your party becomes proficient. Weapons, armour and spells are level specific and certain enemies are impossible to defeat until you have the right kit and abilities.

Enemy encounters play out in a turn-based fashion. Once you are spotted (or have cheekily managed a pot shot at a baddy) the battle begins. Initiative is an important stat that defines who attacks first, and each character has a certain number of action points they can use each turn, or save up to use in the next turn. This leads to some highly tactical battles where you can strike first, wait for enemies to approach you or use the environment to your advantage.

Divinity: Original Sin is littered with barrels and environmental effects that play a big part in fights. There’s no point setting fire to a (suspiciously conveniently located) oil barrel while the enemy is out of its area of effect. Instead, with a little patience, you’ll be able to explode the barrel and cause maximum carnage. Alternatively that innocuous puddle of water can be used to electrify and stun multiple opponents by sending a lightning bolt its way. Area effects can damage your party too, so careful positioning during battles is vital. 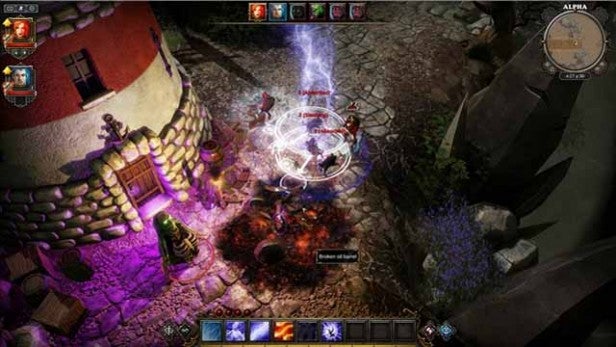 It’s not just about wielding magic, either. Rough, hard-hitting warriors also require careful strategy. Try to slice up a skeleton with a slashing sword and you won’t get very far. Switch to a bone-crunching club, though, and you’ll soon smash them to dust.

The battle system in Original Sin is tough but thoroughly rewarding, much more so than most hack-and-slash RPGs out there.

Not everything about the game works quite as well. We’ve already mentioned that Original Sin is quite a text heavy, but it also comes with the annoying RPG foible of inventory management that we’d happily see consigned to the dark ages. Not only will you need to make sure that party members aren’t overburdened, you’ll also need the character you’re controlling to have the item you’d like to use. So you might fruitlessly talk to an NPC to progress a quest only to realise half an hour later that member of your team had the item in their inventory all along. It’s all a bit needlessly faffy. 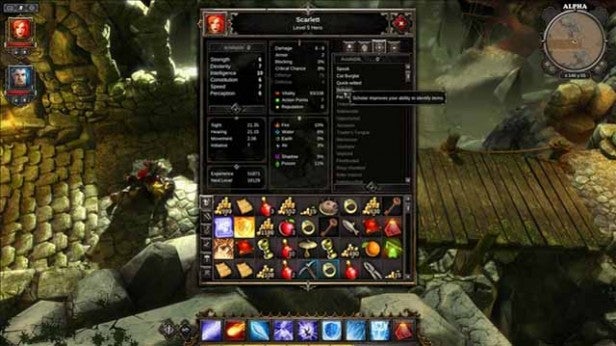 There are also a few elements that appear half-baked. Crafting, although it exists, is far less interesting and intuitive than it is in the likes of Elder Scrolls V: Skyrim or the myriad MMORPGs out there, while co-op mode allows just two players to play together. Disagree on a course of action to take? You literally rock, paper, scissors yourselves to a decision. Not exactly the definition of teamwork.

These issues end up being minor irritations in the grand scheme of this epic RPG. You’ll still want to investigate every nook, develop your characters using an intricate yet accessible character screen, and pick up every item of loot possible so you can kit yourself up with the best equipment possible.

With more than 80 hours of gameplay and a toolkit to create your own levels Divinity: Original Sin harks back to the golden age of single player RPGs. This is a very good thing.

If you’re tired of the raft of hack-and-slash or first-person fantasy games out there then it’s definitely worth giving the barrel of fun that is Divinity: Original Sin a go. If you’ve never played games like Baldur’s Gate or Ultima before then you might even discover a genre that you’ll adore forever.